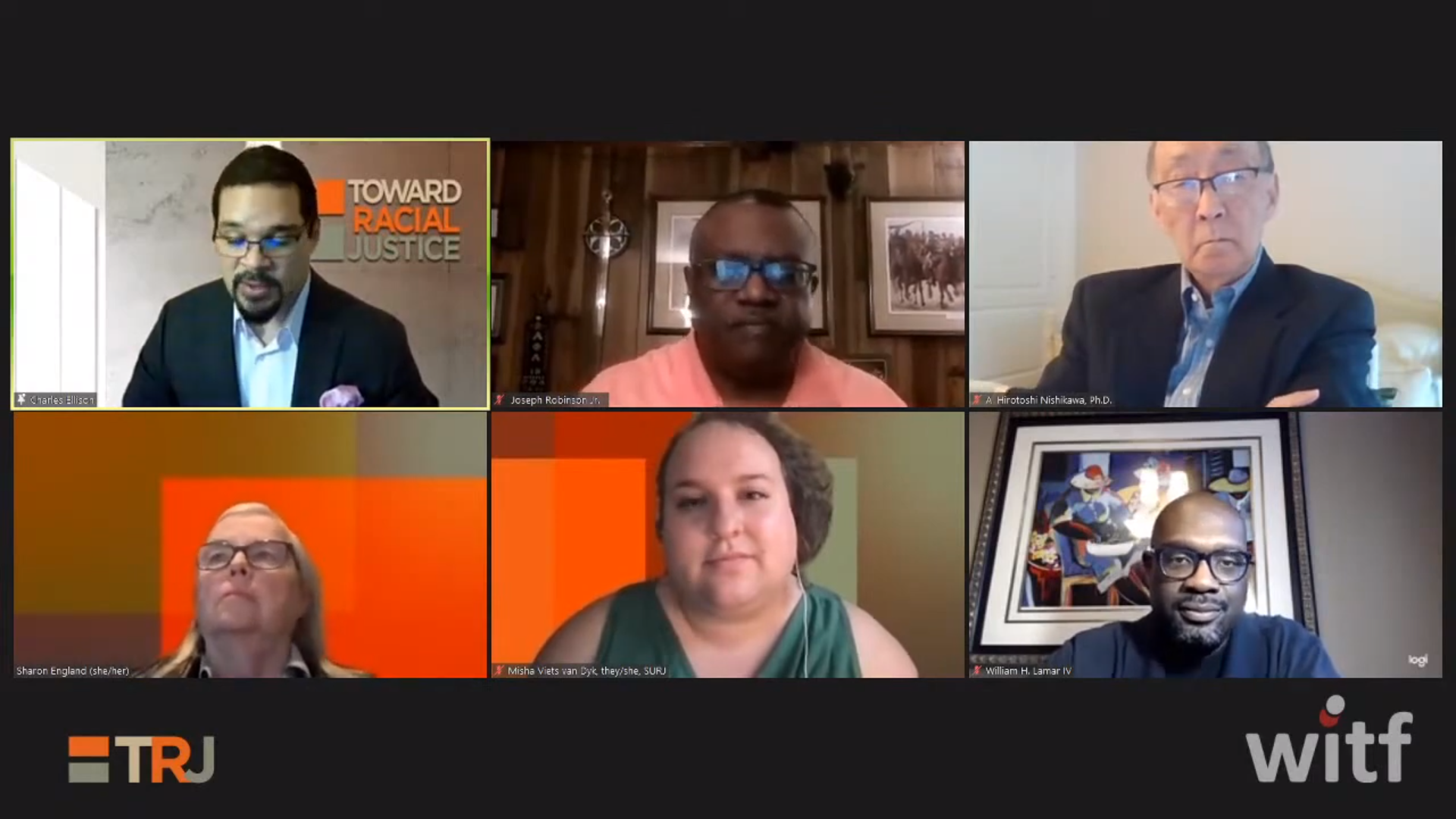 Join us for the next installment of our Toward Racial Justice series, a conversation on supporting BIPOC (Black, Indigenous and People of Color)-owned businesses, April 15 at 7 p.m. on WITF’s YouTube channel.

(Harrisburg) — Hiro Nishikawa is a survivor of the U-S Relocation Authority Camps, where the government imprisoned American citizens of Japanese descent during World War II. He was about 5 years old at the time, and said the experience had a greater impact on his parents.

But when his family was released and returned home to California, threats and violence became part of their daily lives.

“Every time we went to school, we had to figure out ways of avoiding these kinds of encounters,” he said in a recent Toward Racial Justice panel. “And this persisted for three to four years.”

Now a board member on the Japanese American Citizen League’s Philadelphia Chapter, Nishikawa said he has been working on fighting racism for about two decades through his Unitarian Church in the Philadelphia suburbs.

“I also learned a long time ago that as a person of color, neither White nor Black, I experience things that are different from my Black colleagues,” he said. “And I learned that White supremacy is everywhere, and it permeates even communities of color, because we are all embedded in this White supremacy society.”

Demand for resources on topics like anti-racism and diversity, equity, and inclusion has increased in recent years. But after the death of George Floyd in Minneapolis and the onset of the coronavirus pandemic, which highlighted racial and ethnic disparities in health and the economy as well as anti-Asian hate, it soared, according to professionals in those fields.

Amid a heightened conversation around racism in the United States, people are seeking information on how to help those who are impacted differently than they are.

Just after the 2020 election, four panelists talked with TRJ host Charles Ellison about how White people can help demolish systemic racism and White supremacy. During an early-April installment of the TRJ series, Ellison returned to the topic and asked guests how to create coalitions across racial and ethnic groups.

Misha Viets van Dyk is an organizer with the national group Showing up for Racial Justice, which she said “mobilize[s] White people into the multiracial movement for racial justice.”

“We have a real responsibility to have an understanding of how white supremacy functions: that it feeds off of people being isolated and disconnected from each other,” she said during the event.

She said it’s important for White people to be honest and direct when forming alliances, to have a sense of what they can offer to the movement, and to help one another in “understanding the stake that we have in ending White supremacy.”

The idea that White supremacy, even though it gives some people advantages, ultimately hurts everyone is part of why Viets van Dyk prefers the term “co-conspirator” to ally.

“It has more of an element of, as a White person, I have mutual interest with Black, Indigenous, and People of Color to undermine White supremacy,” she said.

William Lamar, pastor of the Metropolitan African Methodist Episcopal Church in Washington, D.C., agreed. He said White allies also need to work independently of the communities they want to support and help other White people to “unlearn.”

“That´s the harder work,” he said.

To that end, Hirotoshi Nishikawa offered a piece of advice for situations in which someone makes a racist comment, for example.

“Telling somebody what they said was objectionable, etc. raises anger and hostility,” he said. “I think what we need to do is be more creative and make it a teaching moment.”

Viets van Dyk echoed a similar philosophy of not kicking people out of SURJ or the movement for missteps, like when White people make a conversation about racial justice all about them, but rather talking through what is happening and why. Such missteps, though, are examples of why attorney and social worker Sharon England said allyship means continually reflecting and seeking out new information.

“It’s a challenging and evolving experience, and no sooner do you think you’re an ally, you find out differently because you’re constantly learning,” said England, another panelist.

Joseph Robinson, Jr., an author and speaker based in Harrisburg, said coalitions are taking shape in the capital city through actions like joint statements responding to injustices and hateful incidents. He is president of the Martin Luther King, Jr. Leadership Development Institute, which he said uses King’s philosophy to train people of various backgrounds to organize and serve in their communities.

“That makeup is crucial, because that makeup consists of individuals with a GED and a PHD in the same room,” he said during the panel, and people from different racial, ethnic, and religious backgrounds.

Robinson, whose organization has also led DEI sessions with Leadership Harrisburg, said history is an important tool in helping people reach common understanding. “People have been having ‘aha’ moments, because we retold some of the history that has been lost and forgotten,” he said.

“I think that’s one of those aspects of allyship or alliances that isn’t discussed enough, that’s actually rather underestimated or dismissed,” he said.

“It complexifies who we are and it should help us to have more humility, more grace, and a commitment to building a kind of space where all people can flourish,” he said.