Bradford Regional Medical Center is hosting a mass vaccination clinic Friday, after McKean County saw a brief period of providers getting no first dose vaccines from the state.

Hospitals across the country have been feeling the financial pain, but it’s hitting rural America especially hard. 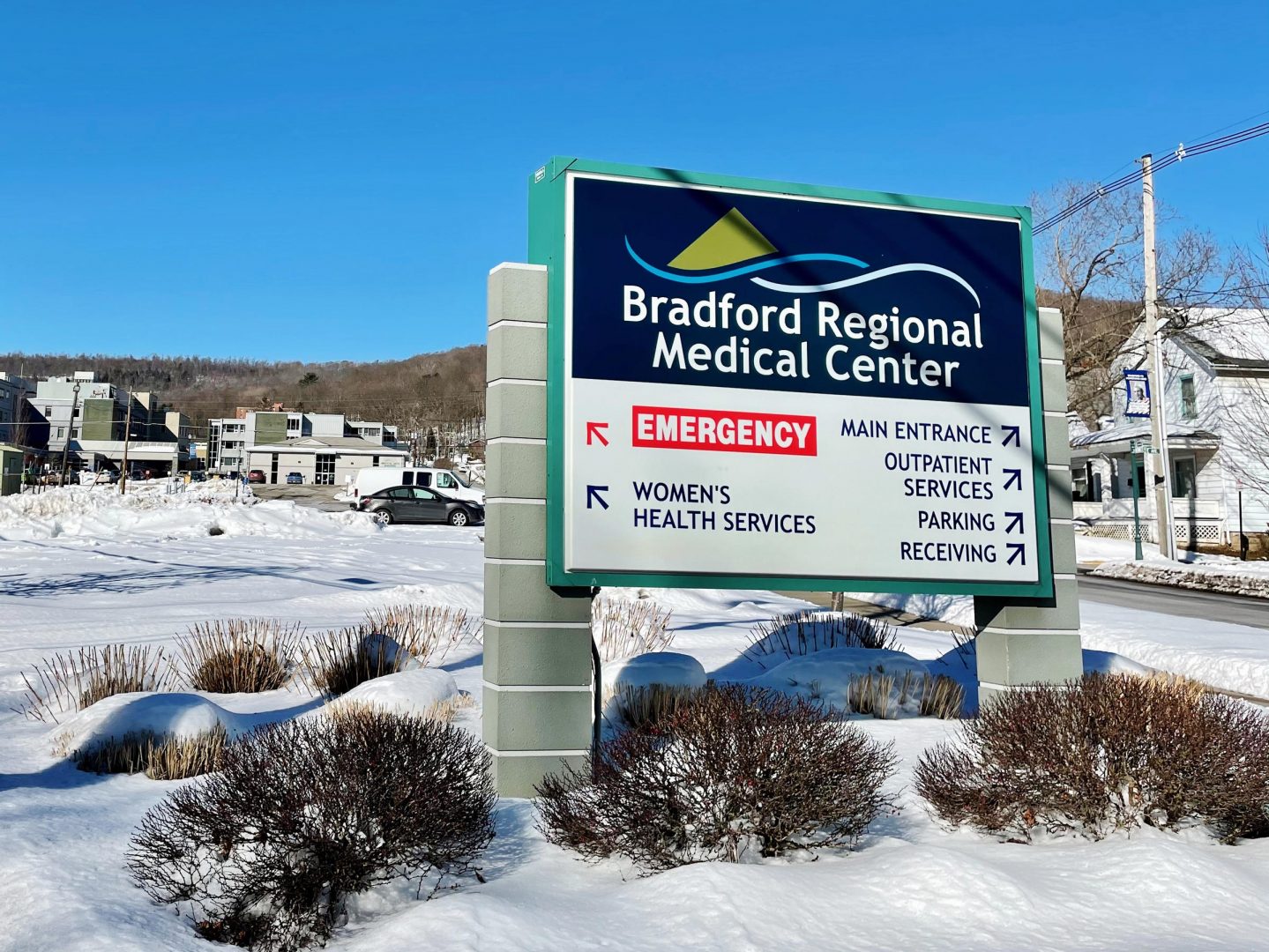 Bradford Regional Medical Center is hosting a mass vaccination clinic Friday, after McKean County saw a brief period of providers getting no first dose vaccines from the state.

Kathy Masisak, 68, doesn’t want to live in a community without robust medical care. But her local hospital in rural McKean County has been downsizing for years, and she said it’s affecting her family.

“They took a maternity ward away last year, and my granddaughter had to go to Olean — which is 35, 40 minutes away — in an emergency situation to deliver that baby,” Masisak said. “I was panicking the whole time going over there to see her.”

Masisak lives in Lewis Run, a borough seven miles south of Bradford, where the Bradford Regional Medical Center is about to lose even more services, including departments for acute care and surgery.

The COVID-19 era has created a paradox for hospitals. Even as medical needs related to the pandemic have grown — with so much focus on health care — other, less-essential hospital services were put under stress due to declining use. Hospitals across the country have been feeling the financial pain, but it’s hitting rural America especially hard.

‘Death by a thousand cuts’

Anne Hardy, 57, was the director of Bradford’s emergency department before retiring from three decades of service. She remembers the hospital’s heyday.

“We had a lot of young doctors, surgeons, medical guys, all starting their career,” said Hardy, who saw wide-ranging and robust options for patients. “I was impressed with the amount of young people in practice and what they were doing.”

But as more people moved away, and recruiting medical professionals got more difficult, cuts came faster. Bradford Regional merged withOlean General Hospital across the New York stateline in 2018. The following year, the OB-GYN department was cut.

And then, the pandemic hit.

“I’ll tell you, COVID killed us,” Hardy said. “I mean, we were seeing like 52 patients a day, averaging, and then COVID came and our volumes dropped in half. And that just really hurt the bottom line for so many hospitals.”

Starting in May, the hospital in Bradford will be left with just 10 inpatient beds.

Hardy, who retired in December, said the dwindling of services has been “like a death by a thousand cuts.”

Rural hospitals across the country have been facing struggles like this for years. Low patient volumes due to population loss plague providers financially. According to a study by the University of North Carolina, since 2010, more than 130 rural hospitals have closed in the U.S.

A 2015 report on Pennsylvania found that 14% of people in the state live in medically underserved areas, including a significant portion of McKean County. In recent years, whole hospitals have closed in rural counties including Lawrence and Northumberland, with 10 others in danger of the same fate.

Zewe also acknowledged the effects of the pandemic, which caused the health system to lose about $23 million in revenue last year.

“We lost a lot of revenue from shutting down those services that you can’t get back. So it certainly expedited things and pushed the need to do it sooner,” he said. “We needed to make an adjustment anyway.”

Many in the community don’t see it that way.

State Rep. Martin Causer (R-McKean) said his phone has been ringing off of the hook with complaints.

“It’s hard to believe that we’re actually discussing this in the middle of a pandemic, when we’re talking about medical hospital resources, and making sure that we have resources to take care of patients,” he said.

Causer started a petition asking the health system to reconsider its move. More than 4,600 people signed it. In the letter to Upper Allegheny Health System leaders, he noted the move will have greater impact on low-income residents:

“Local residents understand that the proposed changes disproportionately affect people who are poor or have limited means of transportation,” he said. “Quite frankly, if one of your board members or I need health care services, we have the means to get ourselves to where we need to access services … that cannot be said for all residents of McKean County.”

The pushback over the downsizing is about more than lost medical services. The hospital is the third-largest employer in the county. Lifelong Bradford resident Sandra Hudspith said the decision is a “big detriment.” 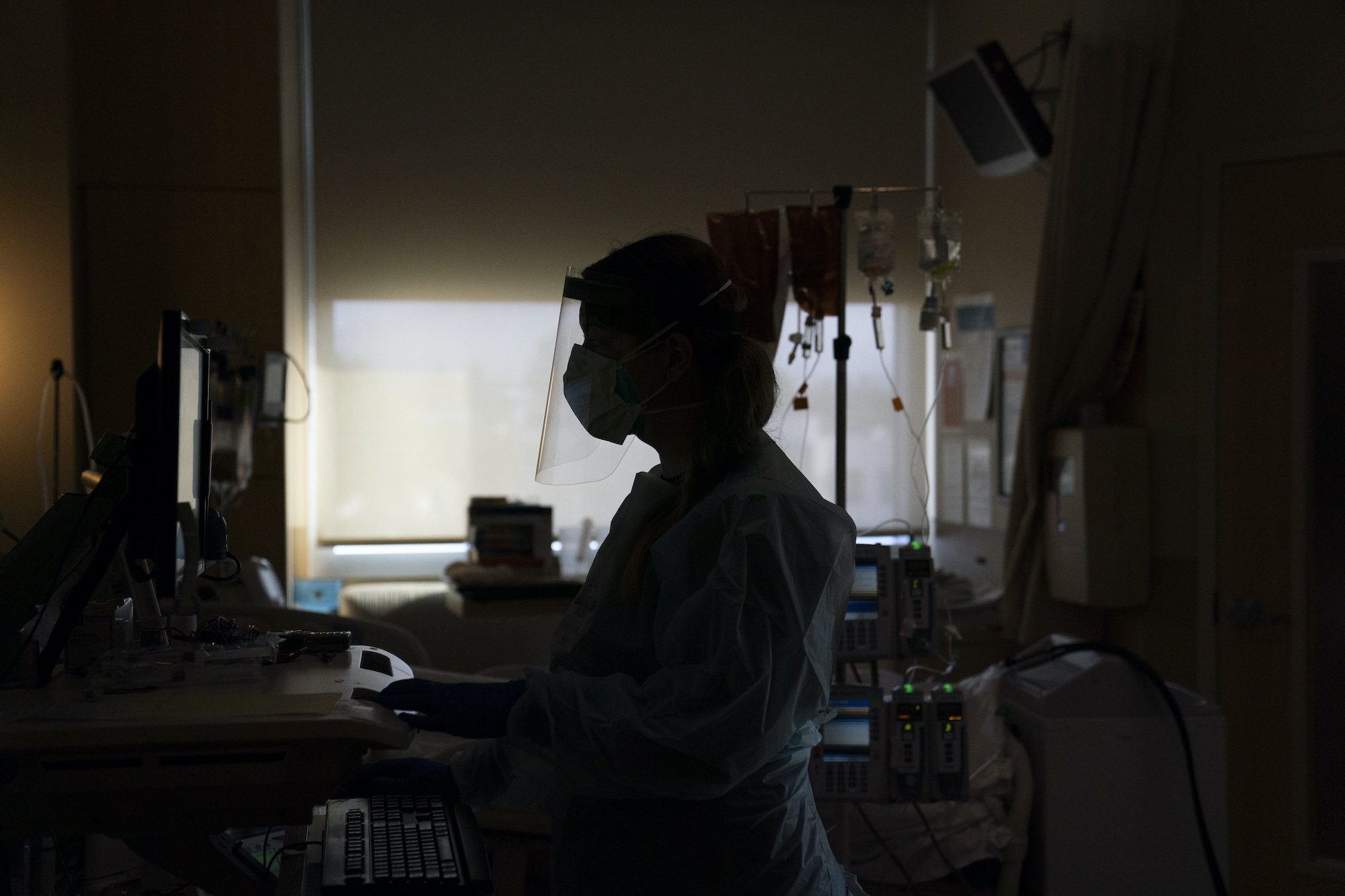 “It isn’t just health care,” Hudspith said. “It is the welfare of our whole community. It is essential that we keep our health care system here or everything’s, I think, going to go down the tubes.”

But outside onlookers say these cuts may be necessary and could help small, rural hospitals avoid a worse fate.

“I would say, conversely, that having a hospital that has changed its capacity — gone down to 10 beds or 12 beds or whatever it might be — and is moving some services to the larger health system, is actually one way to make sure that that hospital can stay there in that facility,” said Lisa Davis, the director of the Pennsylvania Office of Rural Health, “because it then becomes more financially viable to keep it there.”

Upper Allegheny Health System said there will be layoffs resulting from the consolidation of services. A spokesperson said the numbers of jobs impacted “are looking very minimal.”

The intensive care unit at Bradford Regional Medical Center closed on April 1. Going forward, the health system said it will provide transportation for patients traveling between Bradford and Olean in New York.

A question lingering Anne Hardy’s mind is whether cuts to the hospital will create a vicious cycle, pushing more people to move away. At least in her case, the answer is ‘yes.’ She’s decided to leave the area when her husband joins her in retirement — a flight rooted in access to health care.

“As much as I love my little hospital, I don’t even know what the future holds for it. And I’ve got to go where the services will be there for me when I need them,” Hardy said. “The problem is, as small hospitals go away, there goes your community. Do you want to move to a community that doesn’t have a hospital?” 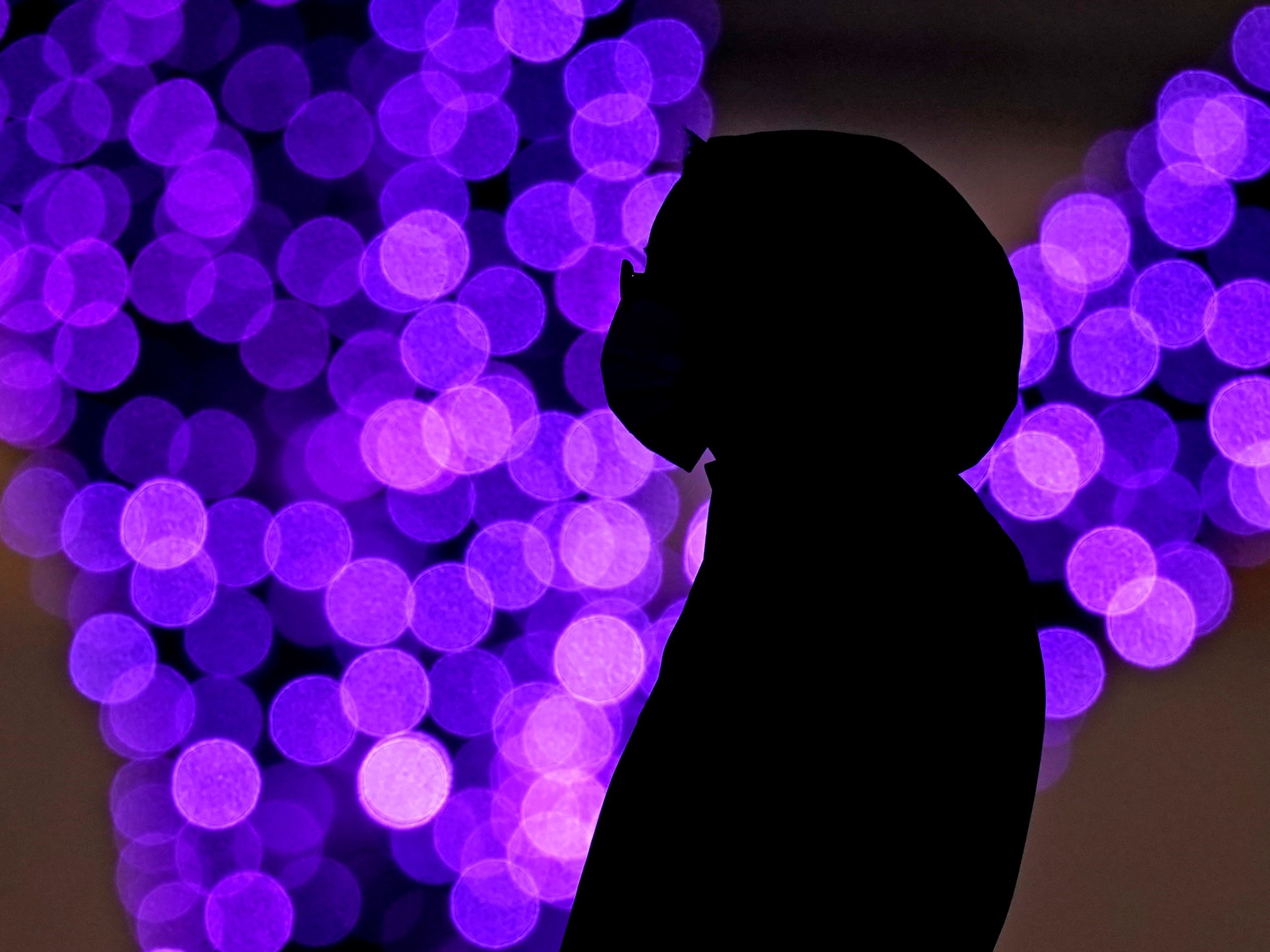 A woman wears masks to prevent the spread of the coronavirus. (Charlie Riedel/AP)

Q: What did the people you talked to say about the experience of being interviewed for public radio?
One of the side effects of rural health care’s decline was a sense of helplessness — residents across rural America have watched the scenario take place in slow motion, over years or decades, feeling like there’s hardly turning back the tide. Perhaps it’s because the decline is so intertwined with many aspects of rural life. One of the Bradford residents told me, of all the things the community may argue over, one thing almost everyone can agree on is that the hospital needs to stay and to function fully for the town. Some interviewees mentioned these are easily overlooked stories, and most said they just don’t want to see the hospital become a “Band-Aid” facility without fighting for it.

Q: What surprised you about this type of community engagement?
I heard about a potential consolidation before it was officially announced, because residents with ties to the hospital had inklings of what’s to come. Because of the ongoing pandemic-related restrictions, my engagement with Bradford and McKean County remained virtual. But engaging with multiple online discussions and keeping up with those I’ve met in person and remotely allowed me to get a heads-up for big movements like this in the area. About 50 commented on a post where I asked for thoughts about the cut, and I learned just how deeply the community could be affected by the issue. Any reservation about whether I could meaningfully engage with the area in the COVID-19 era lifted because of this.

Q: What lessons do you have for others who want to do the same?
Even with the seemingly limited connections, communities everywhere are still longing for a forum and people willing to listen when it comes to sharing issues they care about. In this case, showing an invested interest in what Bradford is going through and in knowing how everyday life may be different helped earn me the openness of Bradford’s residents and valuable conversations.