Derek Chauvin trial breaks ‘Blue Wall of Silence,’ but will it transform policing?

"I'm not sure yet if this is going to create a paradigm shift within the institution of policing or if this is just being seen as an isolated incident."

(Washington) — The Minneapolis police chief and several other members of his department have testified that former officer Derek Chauvin’s restraint of George Floyd was excessive and that it violated the department’s policies on use of force.

“I think it’s amazing to see police officers willing to cross that blue wall of silence and be willing to speak up about Derek Chauvin’s actions,” says Nekima Levy Armstrong, a civil rights attorney and activist in Minneapolis. “But I’m not sure yet if this is going to create a paradigm shift within the institution of policing or if this is just being seen as an isolated incident.”

Levy Armstrong is among those in her community and around the world who have been closely watching Chauvin’s trial on charges of murder and manslaughter in Floyd’s death last May.

“It is very traumatizing at times, especially when the bystander videos play over and over again,” Levy Armstrong says in an interview Wednesday with NPR’s Morning Edition.

“It can be very difficult to watch. There are people in our community who refuse to watch because of the emotional and psychological impacts that they experience,” she adds.

Those impacts include “a great deal of stress and anxiety surrounding watching what happened to George Floyd and hearing him say ‘I can’t breathe’ nearly 30 times,” she says. “Not to mention the anxiety that’s created from watching the bystanders plead with the Minneapolis police officers to release George Floyd.”

Levy Armstrong says the trial is having an impact on people’s everyday lives. 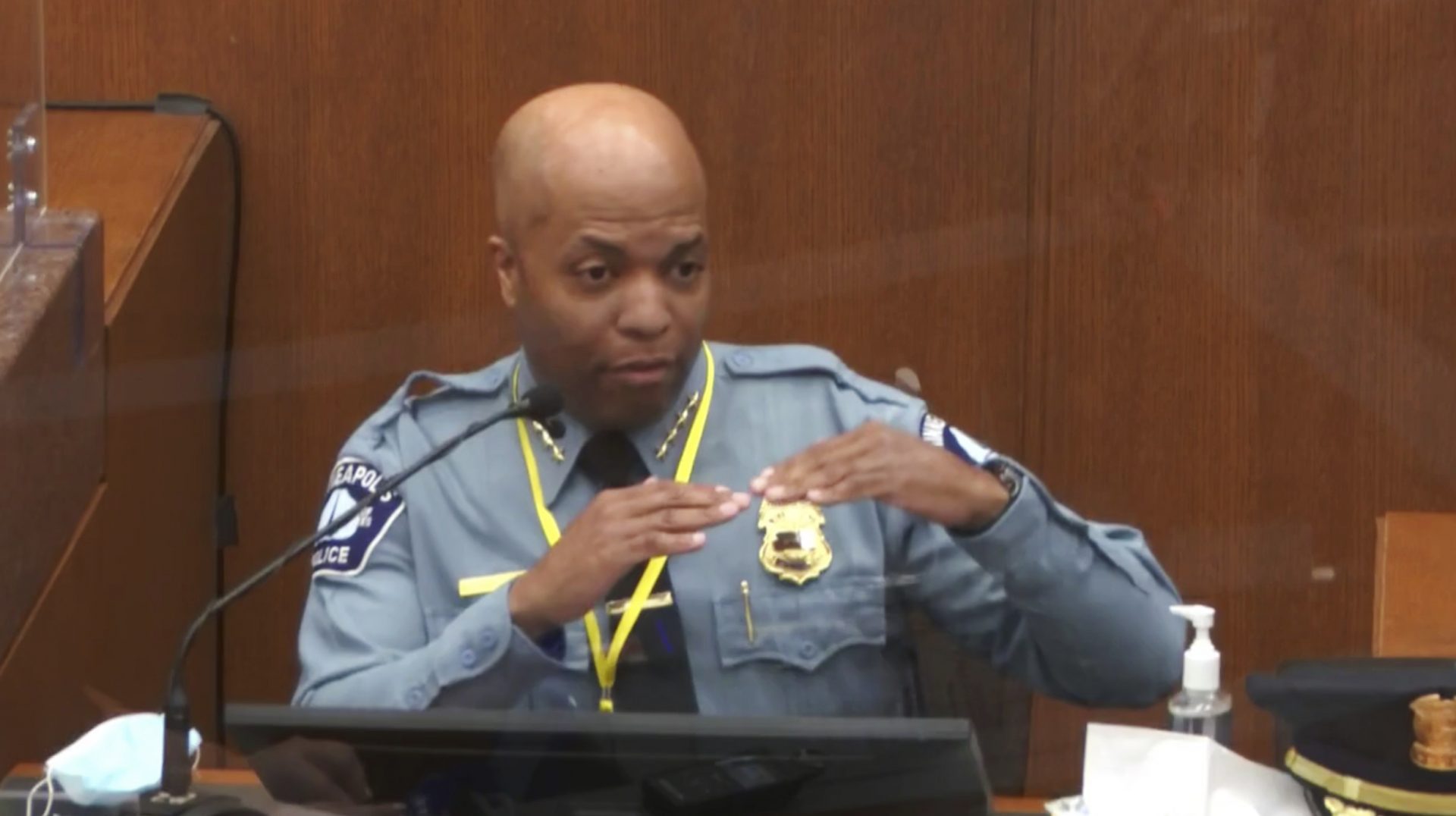 In this image from video, witness Minneapolis Police Chief Medaria Arradondo testifies as Hennepin County Judge Peter Cahill presides Monday, April 5, 2021, in the trial of former Minneapolis police Officer Derek Chauvin at the Hennepin County Courthouse in Minneapolis. Chauvin is charged in the May 25, 2020 death of George Floyd.

“It comes out in terms of folks not feeling at ease as the trial is unfolding,” she says. “Difficulty that people may have when they’re going into work and trying to have normal workplace conversations, knowing that this trial is in the backdrop. And also thinking about the racial dynamics that are connected to this trial.”

Levy Armstrong hopes the high-profile trial will mean that “officers will be more willing to intervene when they see their fellow officers engaged in misconduct or abusing someone out on the streets,” she says.

But she remains skeptical of the trial’s outcome, given the history of juries often failing to convict police officers around the country.

“I think that it’s a long shot in terms of thinking about whether justice will be served in this case and whether there will be a conviction,” she says.

“I think that so many of us in Minneapolis are outraged about what happened to George Floyd,” Levy Armstrong says. “We are hoping that in this case, an officer will be convicted for what he did. Beyond that, I think that people are cautiously optimistic in terms of what the future holds. They’re watching. They’re sharing information. And my hope is that it leads to results in terms of transforming the way that policing happened in Minneapolis.”

Milton Guevara and Steve Mullis produced and edited the audio version of this story. Avie Schneider produced for the Web.

The military confronts extremism, one conversation at a time