Most states have either made vaccines available to all residents 16 and older or announced plans to do so by mid-April.

(Washington) — President Biden will announce Tuesday that he is moving up the deadline for states to open up COVID-19 vaccinations to all adult Americans by two weeks, White House press secretary Jen Psaki said.

Less than a month after directing states to expand eligibility to all adults by May 1, Biden is expected to change that deadline to April 19.

“That doesn’t mean they will get it that day, that means they can join the line that day if they have not already done that beforehand,” Psaki said.

Most states have either made vaccines available to all residents 16 and older or announced plans to do so by mid-April. The White House did not say how it intends to get the handful of remaining states to move up their timelines. 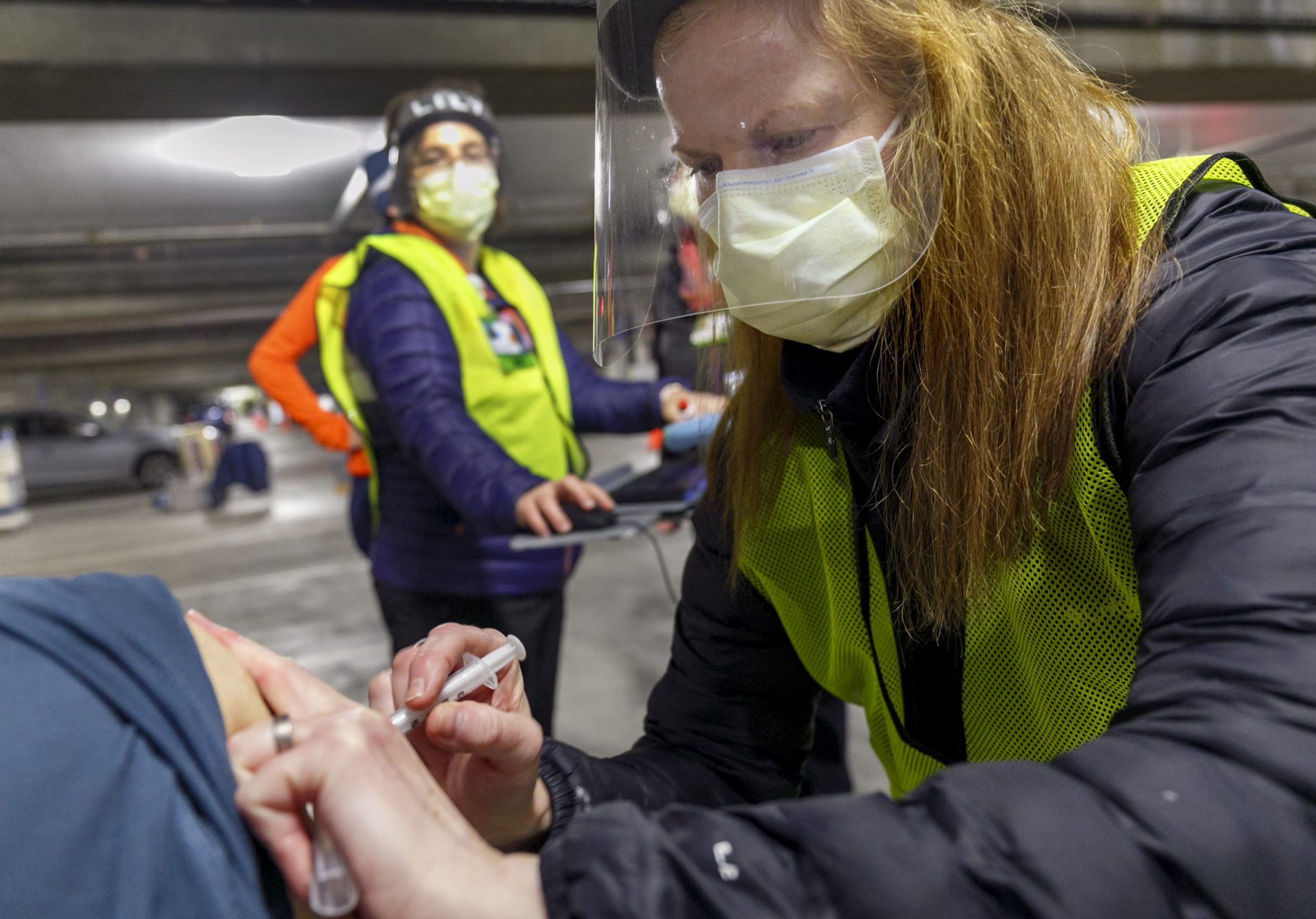 In this Jan. 10, 2021, file photo, pharmacist Colleen Naughtin, right, administers the Moderna COVID-19 vaccine at a drive-thru vaccination clinic in Portland, Ore. Questions about how a limited supply of vaccine should be distributed have found a new focus in rural America and from Oregon to Tennessee to upstate New York, complaints are surfacing in rural areas of a real — or perceived — inequity in vaccine allocation.

Officials announced at the end of March that nearly half of states were set to expand eligibility to all adults by April 15, and that 46 states and Washington, D.C. would do so by May 1. In the weeks since, the unaccounted for states — New York, Wyoming, South Carolina and Arkansas — have all opened vaccines to the general public.

The country is averaging 3.1 million shots per day over a 7-day period, White House officials said on Monday, and reached a new milestone over the weekend with an unprecedented 4 million vaccinations recorded in one day. Nearly 1 in 4 adults are fully vaccinated, they added.

According to NPR’s vaccine tracker, 18.8% of the U.S. population is fully vaccinated, and 32.4% has had at least one dose. The states with the highest percentage of their populations vaccinated include New Mexico, South Dakota, Alaska, Rhode Island and Maine.

Biden plans to make remarks on vaccinations from the White House on Tuesday afternoon, after visiting a vaccination center in Alexandria, Va.