Georgia Gov. Brian Kemp, pictured on April 16, insists he is moving forward with plans to allow some nonessential businesses to open their doors to the public. The plan has come under intense criticism. 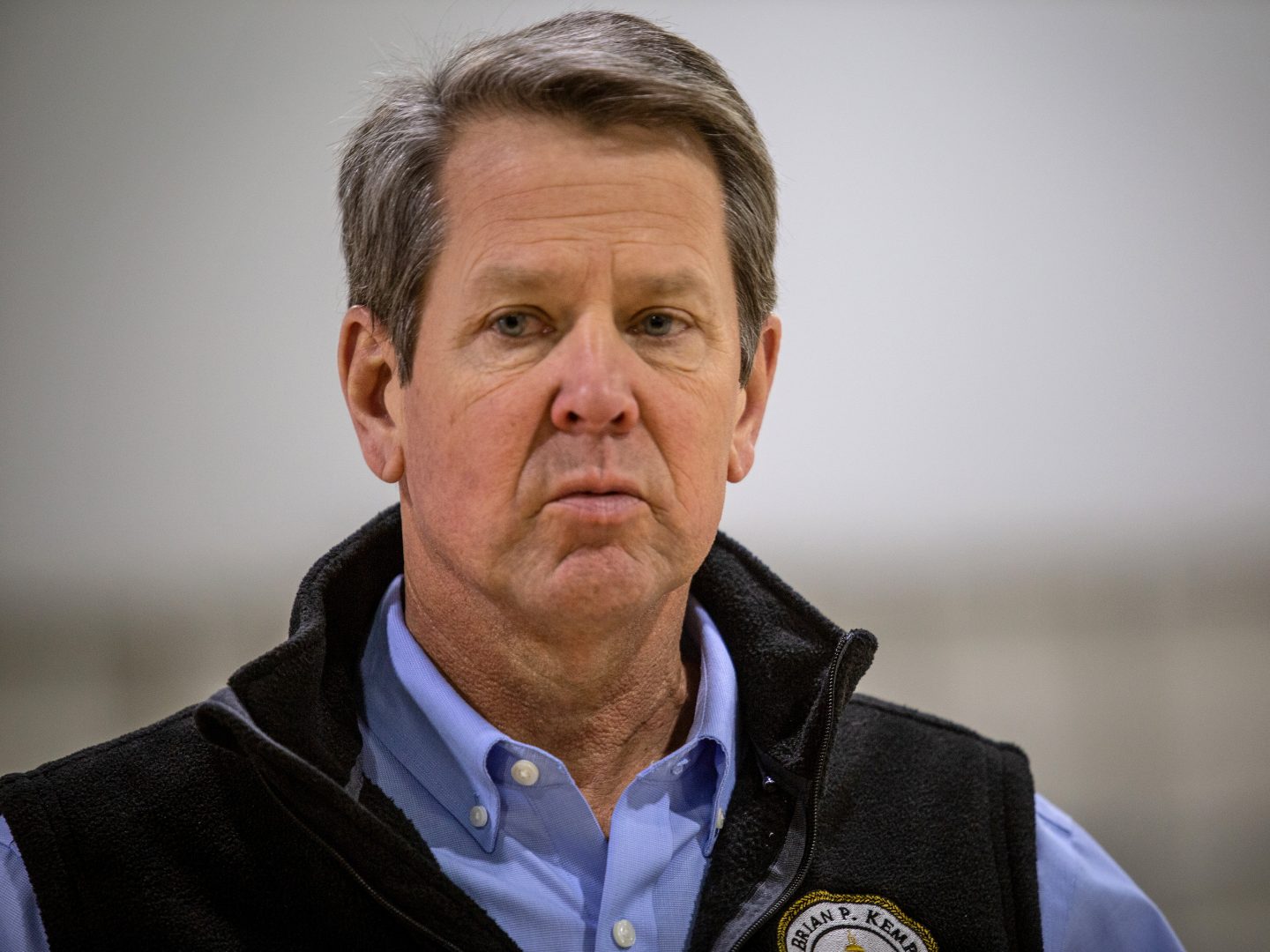 Georgia Gov. Brian Kemp, pictured on April 16, insists he is moving forward with plans to allow some nonessential businesses to open their doors to the public. The plan has come under intense criticism.

(Atlanta)–Georgia Governor Brian Kemp lashed out at Major League Baseball for its decision to take both the All-Star Game and its draft out of the state this year, in response to Georgia’s new voting law.

MLB Commissioner Rob Manfred had said that relocating those events was the best way to “demonstrate our values” and oppose restrictions on voting. But in a press conference on Saturday, Kemp characterized the MLB’s move as one based on “fear and lies from liberal activists.”

The “Election Integrity Act,” passed into law at the end of March without any Democratic support, adds identification requirements for mail-in ballots and places restrictions on the number of drop boxes across the state.

While President Biden and other prominent Democrats like former state representative Stacy Abrams have criticized the law as an attempt to make voting more difficult in Georgia, Republicans argue that’s a deliberate mischaracterization of what the law actually does.

Democrats have taken particular umbrage to the portion of the law that prevents groups from providing water to voters standing in line in the Georgia heat. But election workers are still allowed to give voters water, Kemp said; it’s just political organizations and “anyone else” who aren’t allowed to “harass or electioneer voters who are waiting in line to vote, within the 150-foot buffer,” he said.

(The relevant text of the bill states that no person can offer “food and drink” to a voter in line — but clarifies that a poll officer can make available “self-service water from an unattended receptacle.”)

Kemp and state Attorney General Chris Carr pointed to measures in the law that they say will help turnout, including expanded voting hours across the state. They also pointed out that Georgia law specifies a minimum of 17 days of early voting, with absentee votes allowed for any reason. “It’s easier to vote in Georgia than it is in New York,” Kemp said.

In addition to MLB’s announcement, the state has also faced pushback from Coca-Cola and Delta, whose executives have expressed disappointment with the legislation. Delta CEO Ed Bastian argued this week that “the entire rationale for this bill was based on a lie: that there was widespread voter fraud in Georgia in the 2020 elections.” That claim has been repeatedly disproved.

Kemp characterized the corporate response as a direct result of “cancel culture,” and said that the MLB’s decision to pull out of Atlanta — where both the All-Star Game and the draft were scheduled to take place this July — will hurt Georgians who were depending on the All-Star Game for a paycheck. “Georgians and all Americans should know what this decision means,” Kemp said. “It means cancel culture and partisan activists are coming for your business. They’re coming for your game, or event, in your hometown.”

A 4th COVID-19 surge may be starting. How bad could it get?