The move further solidifies the influence of lobbyist Ray Zaborney, who, with his wife, runs a trio of companies that help elect public officials, then lobby them once in office. 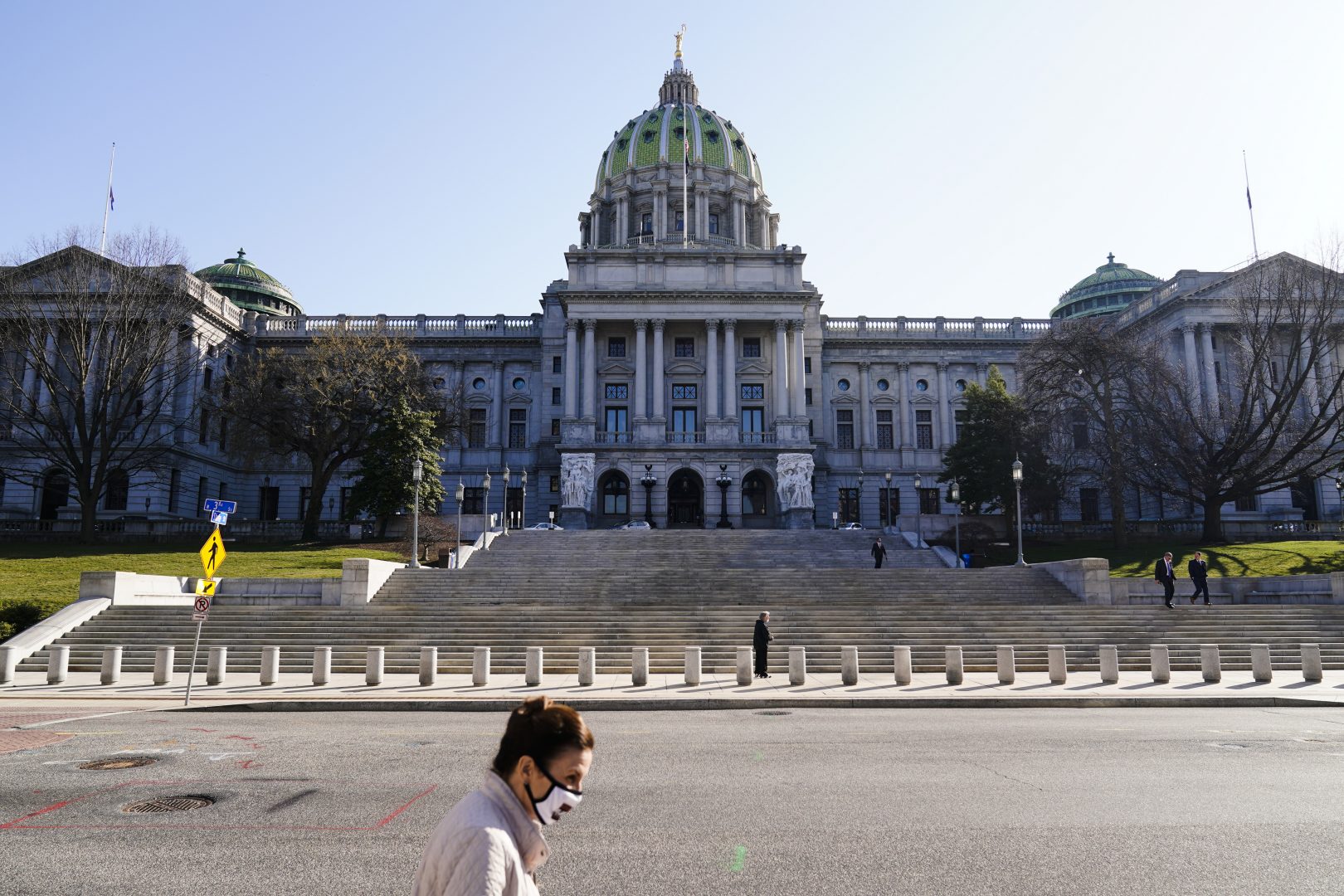 (Harrisburg) — Former employees of a Harrisburg lobbyist are now atop the official staff and political fundraising arm of the Pennsylvania Senate’s Republican majority, further deepening the influence and ties of the lobbyist’s firms with decision-makers in the Capitol.

Within the past few weeks, Senate Republican leaders hired Cody Harbaugh, a onetime political strategist at Red Maverick Media, as executive director of the campaign committee that raises money for the chamber’s GOP candidates. Red Maverick is headed by Ray Zaborney, who with his wife runs a trio of companies known as The Mavericks that help elect public officials, then lobby them once they are in office.

Harbaugh’s hiring comes months after another one of Zaborney’s lobbying partners, Krystjan Callahan, was brought on as chief of staff by the Senate’s top Republican, Jake Corman of Centre County. At the time, the move raised concerns in the Capitol’s political circles about whether Zaborney and his firms were gaining outsize influence with legislative Republicans. In Harrisburg, the GOP firmly controls both chambers and sets the policy agenda.

In an email, Zaborney rejected any suggestion that having former associates in key policy and fundraising positions would give his businesses, or his lobbying clients, an advantage.

He did note that, since taking the job with the Senate Republican Campaign Committee (SRCC), Harbaugh has cut professional ties with Red Maverick. Harbaugh was still listed as an employee on the firm’s website until The Caucus and Spotlight PA questioned it earlier this week.

Harbaugh did not respond to emails and other requests for comment.

According to his online biography, Harbaugh worked for the state Republican party and ran political campaigns before joining Red Maverick Media in 2019.

Over the years, Red Maverick has grown to represent dozens of Republican campaigns both in and out of the state. In Pennsylvania, the firm’s marquee client is Corman, who just this year was elected by his peers to the state Senate’s top spot of president pro tempore. 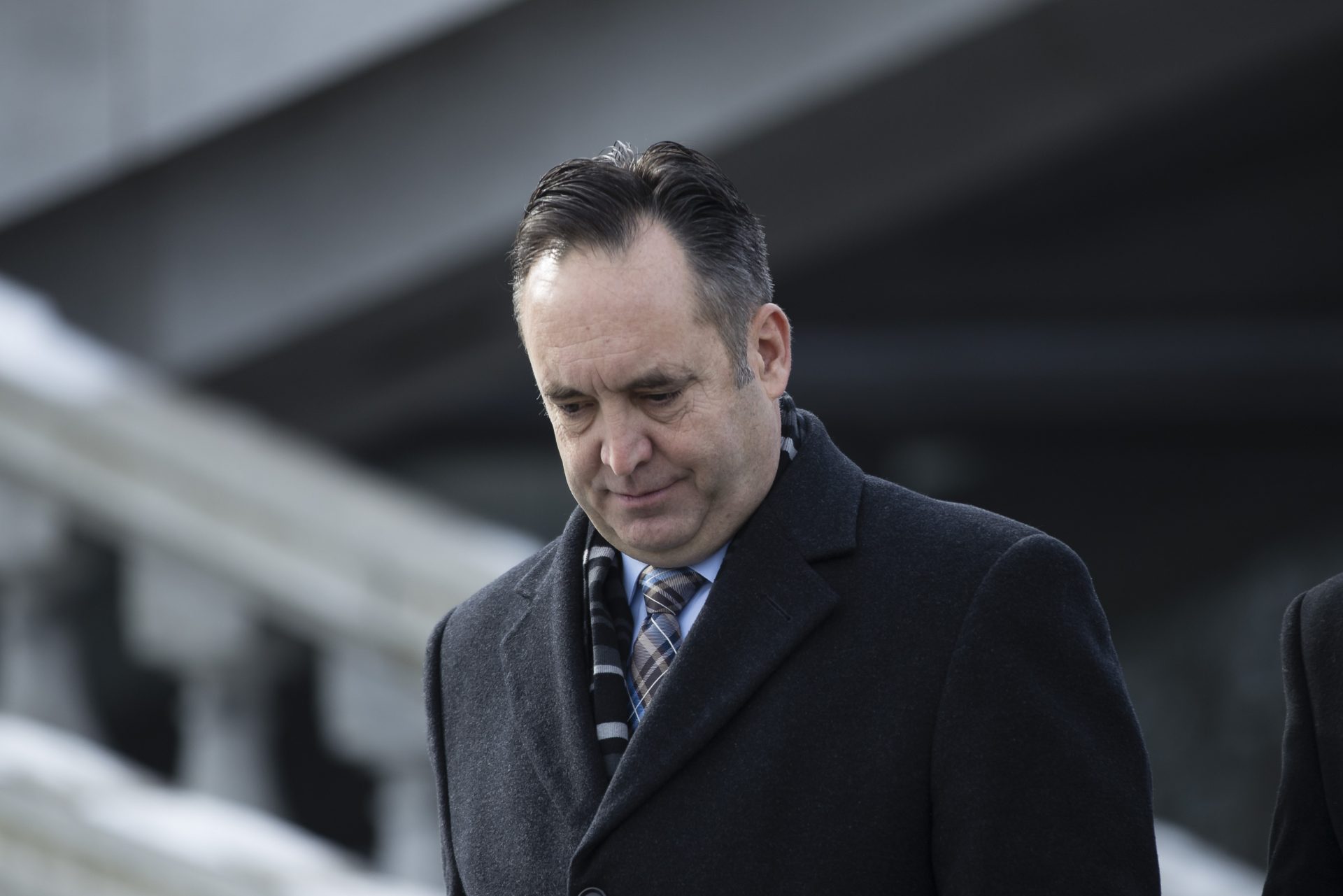 FILE PHOTO: Jake Corman, R-Centre, before Pennsylvania Gov. Tom Wolf takes the oath of office for his second term, on Tuesday, Jan. 15, 2019, at the state Capitol in Harrisburg, Pa.

Harbaugh previously confirmed to The Caucus and Spotlight PA that he was the executive director of a dark money nonprofit group, the Growth and Opportunity Fund, that Zaborney launched. Because of the way the group is organized under the federal tax code, it does not have to disclose its donors, and only makes public limited information about what it spends its money on or how that aligns with its agenda.

Corman helped raise money at an exclusive event in California last year for the Growth and Opportunity Fund, The Caucus and Spotlight PA reported. The event coincided with a campaign fundraiser, organized by one of the Maverick firms, that Corman was having at the same resort.

Neither Harbaugh nor the dark money group’s president responded to questions about whether Harbaugh has left or intends to step down from his post with the fund. The last publicly available tax filing from the Growth and Opportunity Fund was for the 2018 calendar year.

Sen. Dave Argall, the Schuylkill County Republican who heads the SRCC, said in an interview that Harbaugh was hired by Senate GOP leaders some time in late January or early February. Although he said he did not know whether Harbaugh had given up other employment, he said being the SRCC’s executive director is a full-time job.

“As far as I know, this is all he’s doing,” said Argall, adding that Harbaugh brought “considerable credentials to the job.”

“I know that he’s been very responsive to me, whether I call him at 8 in the morning or 8 at night,” Argall said.

The SRCC is a significant player in Pennsylvania fundraising circles. Between 2018 and 2020, it raised just shy of $10 million to bolster the GOP’s majority in the Senate, according to campaign finance reports.

The Senate’s top leaders, Corman among them, along with the SRCC’s executive director get to decide which campaigns to spend money on and how much each will receive. Harbaugh will now be a key player in that decision-making process.

Argall said favoritism does not and will continue to not play a role when making political calculations on which campaigns receive funding. There will be, he said, “no special treatment at all,” and any senator who is concerned should “talk to me.”

Still, the close relationships showcase the tangled nexus between politics, policy, and campaign fundraising, perpetuated by the state’s weak lobbying and campaign disclosure rules, and little appetite among the legislative majority to prioritize changes.

One reform, touted by advocates as necessary to increase public confidence in government, would ban lobbyists like Zaborney from also operating as campaign consultants. Though there are only a handful of firms in Harrisburg that do both lobbying and campaign work, they run the lion’s share of Republican campaigns in both chambers.

Zaborney’s Red Maverick, for instance, did work for at least 35 state legislative candidates in 2020, when all 203 seats in the House and half of the 50 seats in the Senate were up for grabs, campaign finance reports show. His lobbying firm, Maverick Strategies, represents 70 clients in industries like health care, gambling, liquor, cannabis, and energy, according to lobbying disclosure reports.

The reform, introduced at least twice in as many legislative sessions, has never received a hearing.