In this image from video, Minneapolis Firrefighter Genevieve Hansen, testifies as Hennepin County Judge Peter Cahill presides Tuesday, March 30, 2021, in the trial of former Minneapolis police Officer Derek Chauvin, in the May 25, 2020, death of George Floyd at the Hennepin County Courthouse in Minneapolis, Minn.

Firefighter testifies in Chauvin trial: ‘I was desperate to help …and this human was denied that’

In video footage played for the court, Genevieve Hansen could be heard demanding that the officers check his pulse. 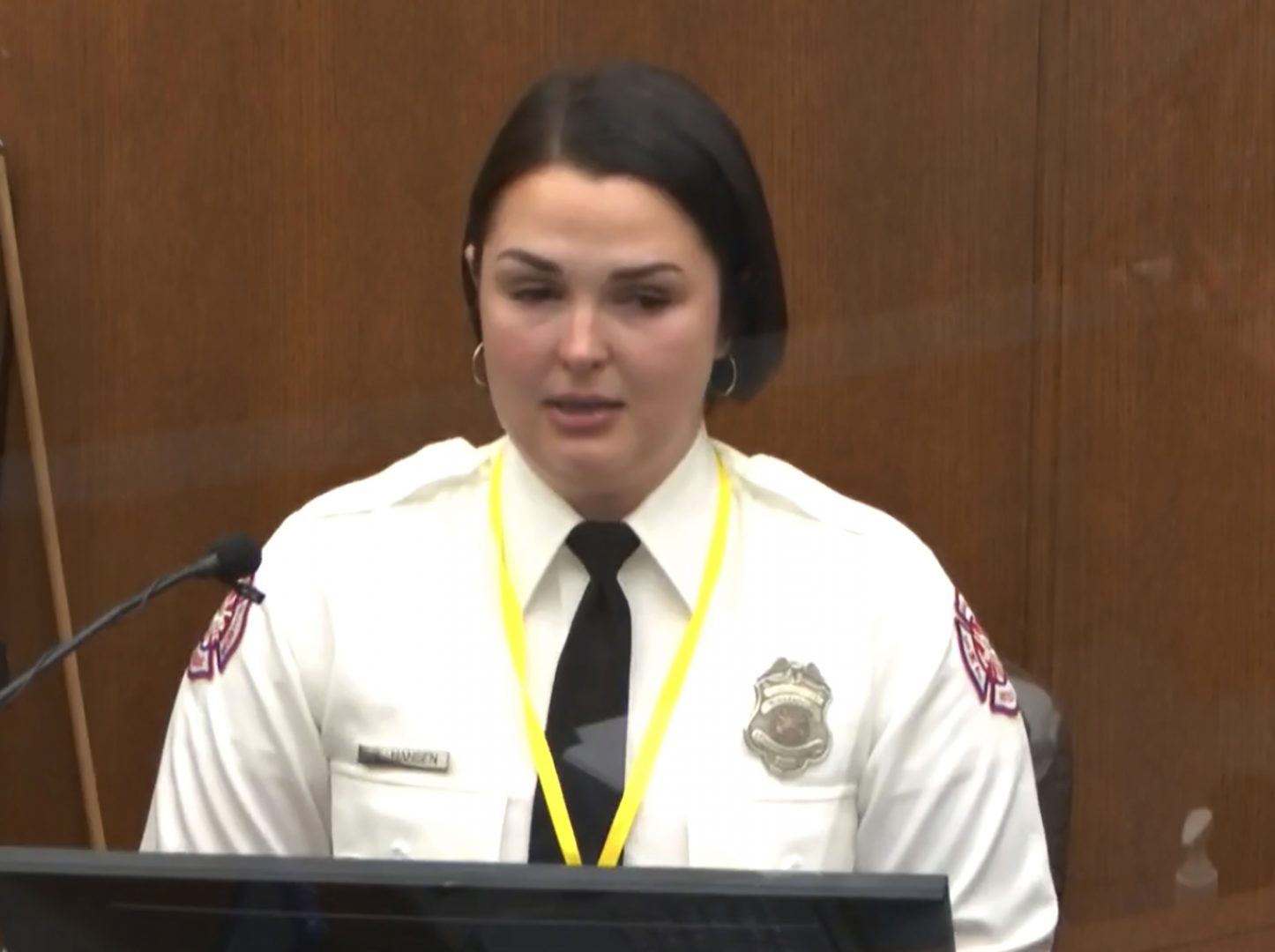 In this image from video, Minneapolis Firrefighter Genevieve Hansen, testifies as Hennepin County Judge Peter Cahill presides Tuesday, March 30, 2021, in the trial of former Minneapolis police Officer Derek Chauvin, in the May 25, 2020, death of George Floyd at the Hennepin County Courthouse in Minneapolis, Minn.

(Minneapolis) — Genevieve Hansen expected Monday, May 25 to be a peaceful day.

That’s what she told jurors on Tuesday in the murder trial of former officer Derek Chauvin who is accused of killing George Floyd last year.

Instead, during an off-duty walk home from a community garden she heard a woman yelling that the police were killing the black man, prone and in handcuffs, face down in the street.

Hansen, who is a trained emergency medical technician and Minneapolis firefighter, testified that upon taking in the scene, she moved closer to the officers who were pinning Floyd on the asphalt and identified herself as a first responder.

In video footage played for the court, Hansen could be heard demanding that the officers check his pulse.

“I had already assessed that [Floyd] was in an altered state of consciousness. What I needed to know was if he had a pulse.” 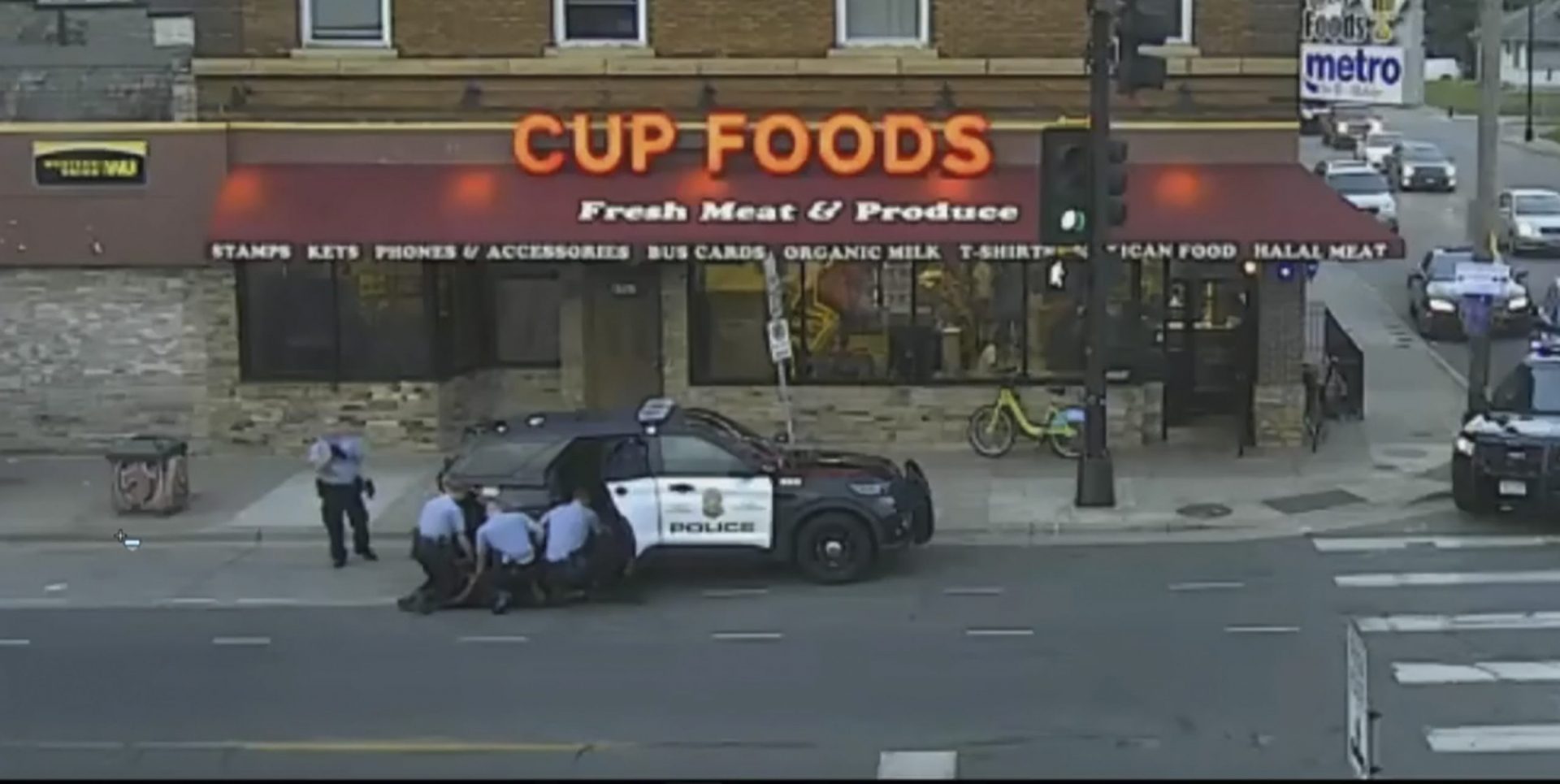 She described how Floyd was lying motionless: “He wasn’t moving, and he was cuffed. And three grown men putting all of their weight on somebody is too much,” she said. “The first thing that concerned me was his face was smushed into the ground. Swollen. It appeared swollen to me.”

But rather than allow her to help, Hansen said, then-officer Tou Thao “said something along the lines of, ‘If you really are a Minneapolis firefighter, you would know better than to get involved.’ ”

Her voice began to tremble when she recalled the impotence that overwhelmed her as Thao and the other officers blocked her from providing the kind of medical care she has been trained to give. “I got there and I could have given medical assistance. That’s exactly what I should have done.”

She broke down moments later when describing how she felt “totally distressed.”

When asked about her shifting tone on the video taken on the day of the killing, she explained that she initially addressed the officers in a calm and reasonable manner. But that as the minutes slipped away, and she realized that Floyd may have released his bladder as a result of becoming unconscious or possibly dead, she began raising her voice and using foul language.

“Because I was desperate to help. … Because there was a man being killed and … had I had access to a call similar to that, I would have been able to provide medical attention to the best of my abilities. And this human was denied that,” she said.

Prosecutors also played audio of a 911 call Hansen made moments after Floyd was loaded into an ambulance.

“Hello. I’m on the block of 38th and Chicago, and I literally watched police officers not take a pulse and not do anything to save a man, and I am a first responder myself, and I literally have it on video. I just happened to be on a walk,” Hansen said in the call.

She told the court that she regretted waiting so long to call adding that she should have acted more quickly.

“I should have called 911 immediately but I didn’t and when things calmed down I realized that I wanted them to know what was going on. I wanted to basically report it,” she said. 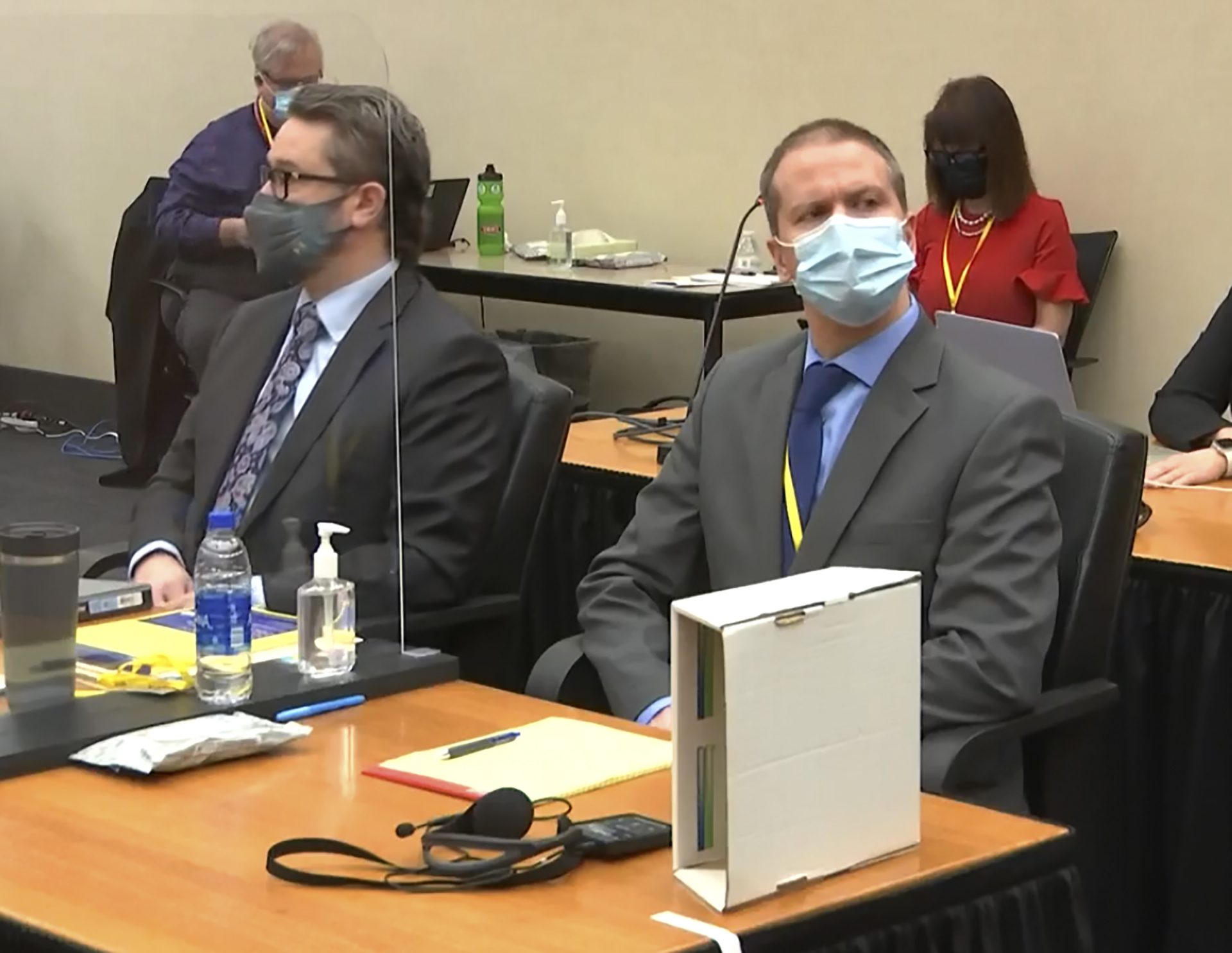 In this image from video, defense attorney Eric Nelson, left, and former Minneapolis police officer Derek Chauvin listen as Hennepin County Judge Peter Cahill presides over pre-trial motions prior to opening statements, Monday March 29, 2021, in the trial of Chauvin, in the May 25, 2020, death of George Floyd at the Hennepin County Courthouse in Minneapolis, Minn.

During cross examination, defense attorney Eric Nelson, questioned Hansen’s training and discrepancies between statements she’d previously given law enforcement and the testimony she had just provided. He also reminded her that she cannot definitely testify that two of the officers who were helping to restrain Floyd did not take his pulse because she could not see them from her vantage point where she was told to stand on the sidewalk by Thao.

Nelson noted that Hansen’s training as an EMT was not equal to that of a paramedic. He also asked a series of questions that forced her to acknowledge that she was unaware of the timeline of when the officers had called for medical assistance and noted they were already on their way by the time she arrived on the scene.

He also tried to get her to admit that if she were to try to put out a fire with “an angry crowd” around her, she may become distracted. But Hansen refused to agree.

“Have you ever had a citizen start to yell at you while fighting a fire? … What if there were 12 people yelling at you telling you you were doing it wrong? You wouldn’t be distracted by that?” Nelson asked.

“Like I said, I know my job and I am confident in my job and what I do and what needs to be done and my training. So I would continue to do that,” Hansen responded.

In one of the more tense exchanges, Nelson asked Hansen if she was angry and upset at the scene.

“I don’t know if you’ve seen anybody been killed, but it’s upsetting,” she replied.

That prompted Judge Peter Cahill to instruct her to answer the specific question.

But Hansen grew increasingly agitated by Nelson’s questions and the second day of the trial ended with Cahill reprimanding Hansen for being argumentative.