"As long as you are inside the White House, I need to go to you and ask you to go back to that conversation that we had and start doing something." 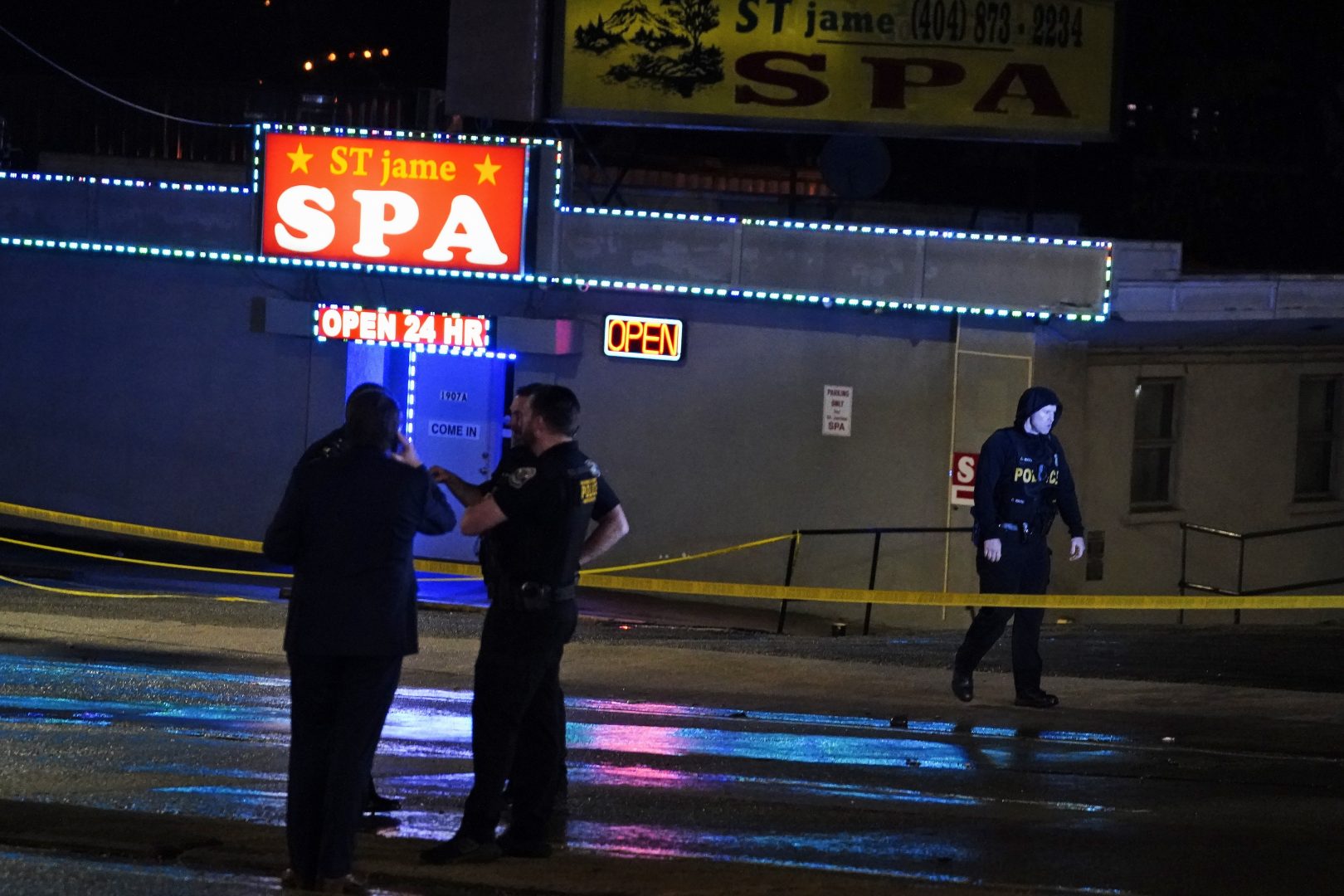 (Washington) — As President Biden called on senators to quickly pass legislation to tighten the nation’s background checks system, he said that he did not need to “wait another minute” to address the epidemic of gun violence.

Biden’s comments the day after 10 people were killed in a mass shooting at a Boulder, Colo., grocery store were welcome news for gun violence prevention advocates after seeing no action so far on an issue the president campaigned on tackling seriously. Those same advocates were dumbfounded to hear Biden say later in the week that infrastructure, not reforming the nation’s gun laws, would remain his administration’s next priority.

Manny Oliver, whose son was killed in the 2018 school shooting in Parkland, Fla., recalled speaking to Biden after his son’s death and discussing their shared experience of grief. He addressed Biden directly during a press conference on Friday.

“Now, Mr. Biden, you are the president of the United States. I am still the father of Joaquin, carrying my pain. And I will be the father of Joaquin regardless of who is the president of the United States” he said. “But as long as you are inside the White House, I need to go to you and ask you to go back to that conversation that we had and start doing something.” 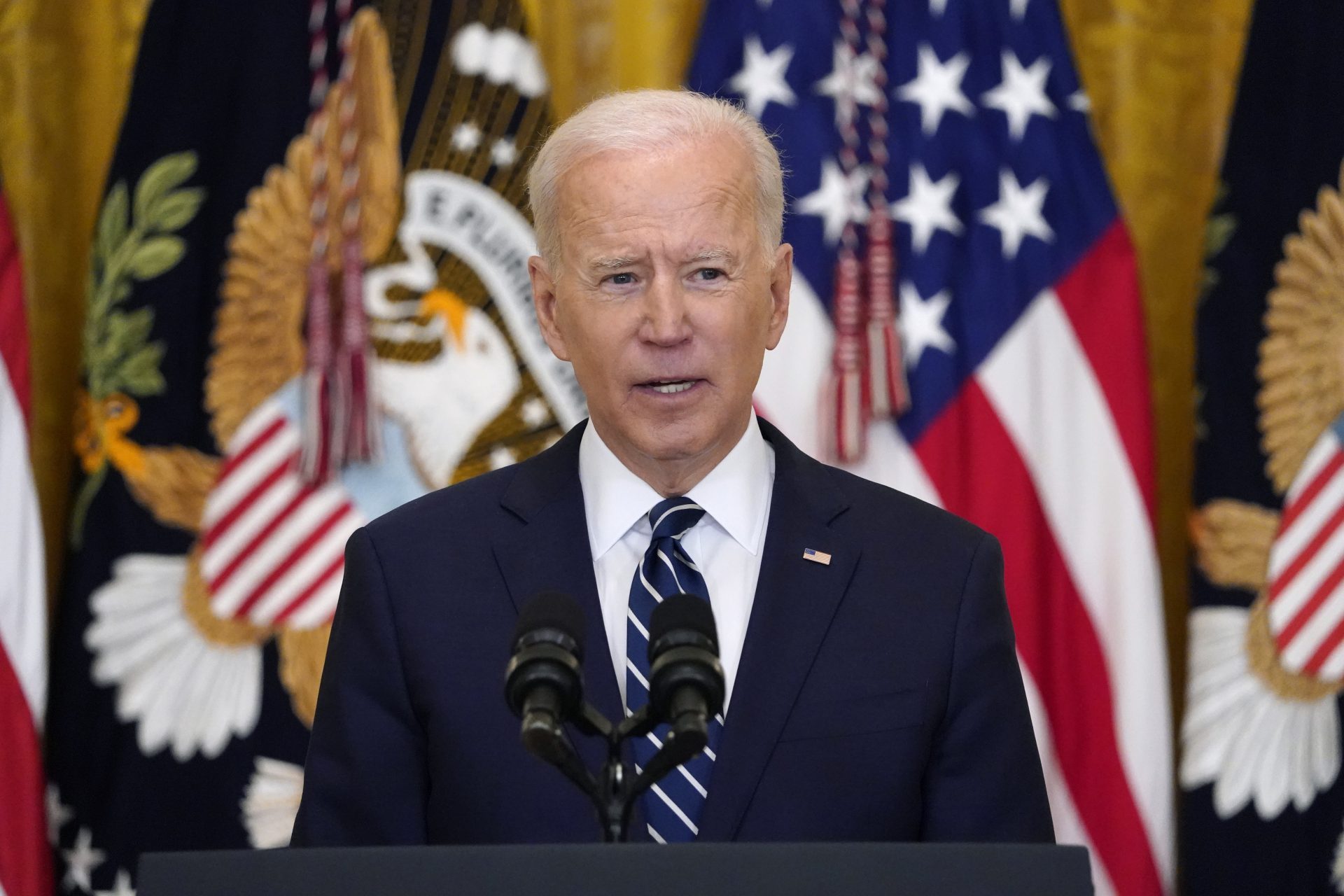 President Joe Biden speaks during a news conference in the East Room of the White House, Thursday, March 25, 2021, in Washington.

Before the shootings in Boulder and the Atlanta-area turned the nation’s attention to gun control, the Biden administration was already holding meetings with key stakeholders focused on the issue — an attempt to deliberately plan action to prevent gun violence, rather than reacting to tragedy. But grassroots violence prevention advocates have raised questions about the way the administration initially convened those meetings.

According to the Gun Violence Archive, gun violence killed nearly 20,000 people across the United States in 2020. Another 24,000 people died by suicide with a gun. And yet, the only major debate about gun policy in the last year came after two mass shootings grabbed major headlines.

The fleeting, reactive nature of these debates has been a particular frustration of some gun violence prevention advocates.

“For too long our policy has been reactive. Only serving as a measure to react whenever gun violence occurs, react whenever another shooting happens, whether it be on our streets and in our schools,” said Luis Hernandez, a co-founder of Youth Over Guns. “But there hasn’t been strong policy that actually prevents what’s going on.”

Susan Rice, who heads up the Domestic Policy Council, and Cedric Richmond, in charge of the Office of Public Engagement, have been leading the administration’s outreach to gun control groups.

After an initial meeting in February that included groups like Everytown for Gun Safety, Moms Demand Action, Giffords and Brady, a number of leaders of groups who were not included wrote to the White House expressing their concerns.

“Some of these advocates were amazing organizations. I don’t discredit them, I think they’re doing some great work. But the challenge for us was that they were all white and they didn’t bring a lived experience, and didn’t represent the urban communities persay,” said Eddie Bocanegra, who heads up an initiative run by the Heartland Alliance called READI Chicago.

Bocanegra had also been a part of a group that came together during the Biden transition to work on gun violence related policies.

“We felt very disrespected by that, it was kind of a blow,” Bocanegra said. “Who and what’s informing the president’s decisions in the next 100 days.”

While the administration did ultimately hold several meetings with grassroots violence prevention groups, they say the initial exclusion speaks to a familiar pattern of being overlooked during the debate over how to best address gun violence. 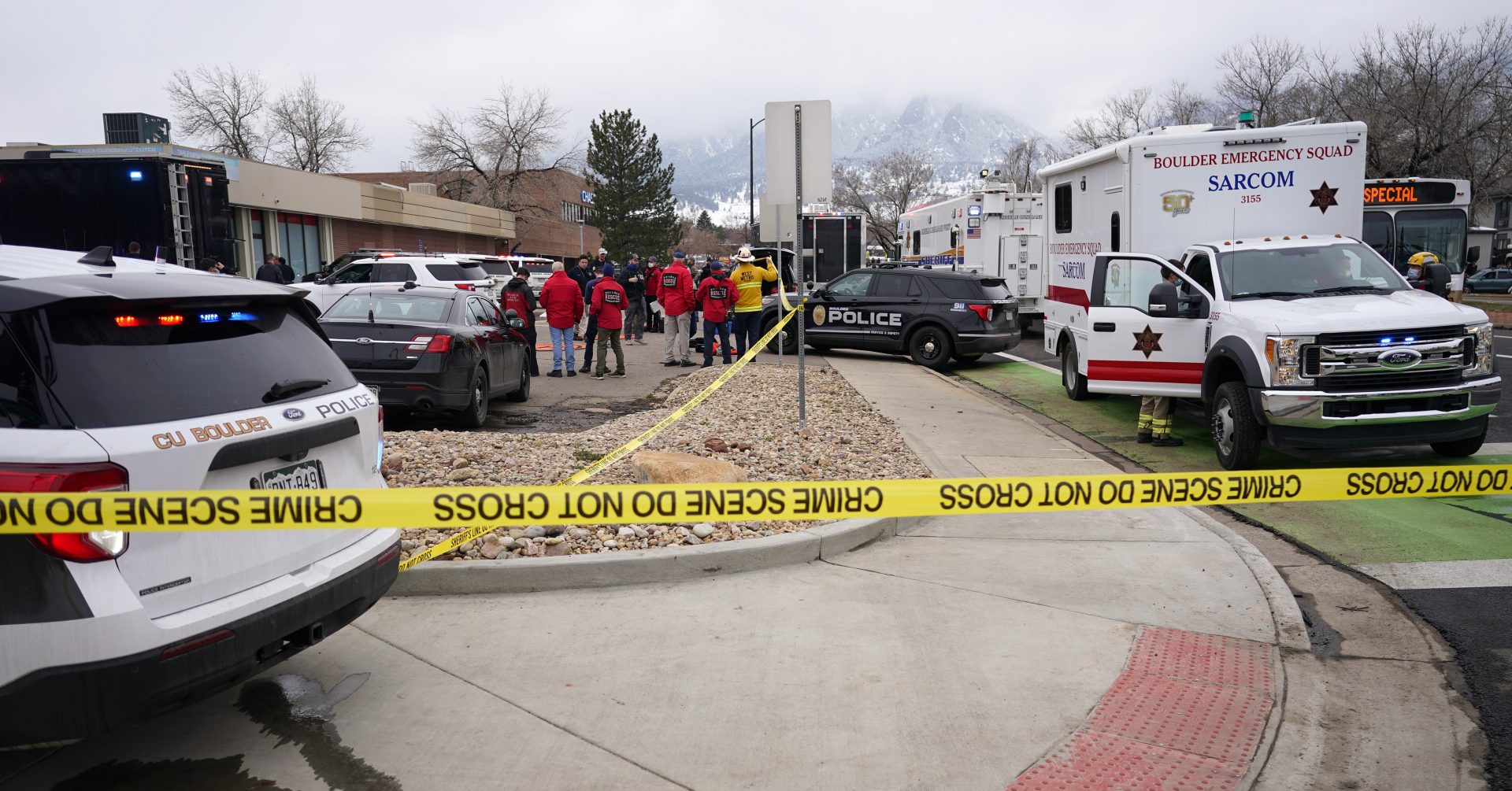 “If we only talk about gun violence when there’s a mass shooting, then we’re going to have a certain perspective of what gun violence looks like and what the remedies are,” said Antonio Cediel of Faith in Action.

Kina Collins of the Illinois Council Against Handgun Violence, pointed to the proposed assault weapons ban as an example, something Biden championed as a senator and spoke forcefully in favor of renewing after the Boulder shooting.

Collins also pointed out the racial disparities in gun violence. In Cook County, Ill., there were 875 gun-related homicides in the year 2020. Most of those killings happened in the city of Chicago.

“Seventy-eight percent of those people were African Americans,” Collins said. “I don’t know any place in the country if we saw that many white folks dying of gun violence that we wouldn’t call it a state of emergency.”

During the campaign, Biden said gun violence was an epidemic. During a 2019 candidate town hall organized by Giffords and March For Our Lives, Alycia Moaton of Good Kids Mad City asked Biden about his plan to reduce gun violence in inner cities.

Biden pledged to dedicate $900 million to community-based violence prevention programs in 40 cities with the highest rates of gun violence. In his response, he tried to relate to Moaton in describing the racial disparities in who is killed.

“There is a mass shooting in my city of Wilmington, your city of Chicago, all of the cities that have large black and brown populations every single day,” Biden said. “What gets the headlines, and it should, are the mass shootings.”

These groups are now calling on the administration to go further, and dedicate more than $5 billion dollars to these efforts over the next eight years.

“Trillions of dollars were given to businesses to bail them out, and we’re just saying put a fraction of that into our children’s lives,” said LIFE Camp founder Erica Ford. “How do you think people feel when nobody cares about their children? When every day Black children are being shot in the street and we’re acting like it’s not even happening?” 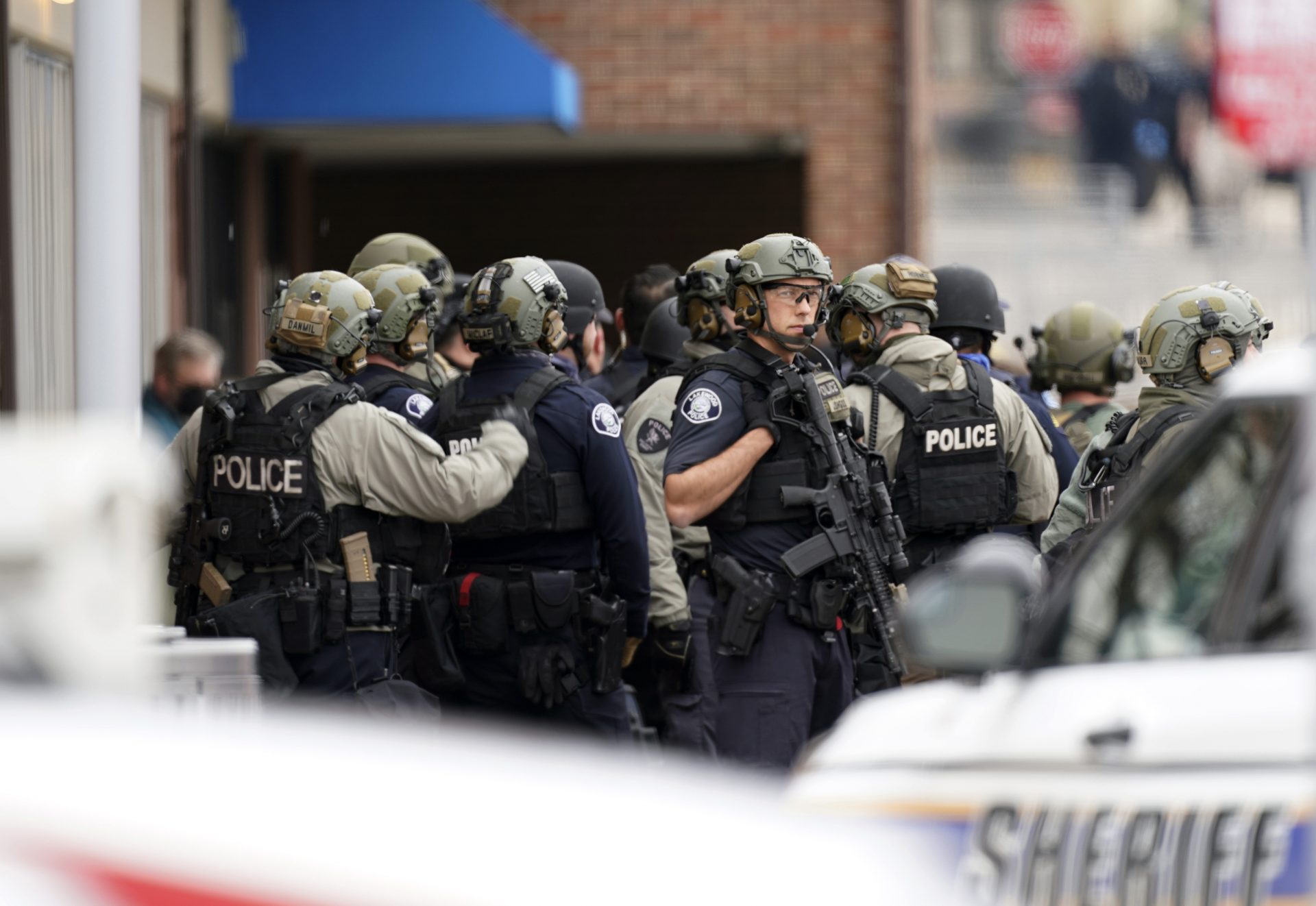 Police stand outside a King Soopers grocery store where authorities say multiple people have been killed in a shooting, Monday, March 22, 2021, in Boulder, Colo.

White House Press Secretary Jen Psaki said at a press briefing on Friday that Biden understands the frustration of gun control advocates at the pace of action, but added that their frustration “should be vented at the members of the House and Senate who voted against the measures the president supports, and we’d certainly support their advocacy in that regard.”

Psaski did not provide a timetable, but said that there would be “more efforts” by Biden and the administration to move on the issue, including executive actions.

Some advocates have said that the fact that two senior officials who are both Black are taking a leading role in engaging on gun policy adds a more nuanced understanding of the issues.

“The reality is that Susan Rice and Cedric Richmond are both Black people,” Hernandez said. “They’re folks that know too well what the Black experience is in America and so they bring that lens to the work.”

But they say this also means that gun violence is wedged in between all of the other priorities within Rice’s portfolio, and a number of gun control groups have called for the White House to appoint a director of gun violence prevention, a recommendation that the White House has not committed to.

“Until we do so, we’re just going to have Susan Rice and the rest of the domestic policy team that’s focusing on every other domestic policy trying to also address gun violence when we are in the middle of a public health crisis that requires someone’s full attention,” he said.