Mia Harper, right, and her grandmother Jeanette Lofton. Harper experienced housing instability in 2020. She ultimately decided to drop out of high school and obtain a GED.

While the coronavirus pandemic has exacerbated situations that lead to homelessness, online learning has made tracking students more difficult. 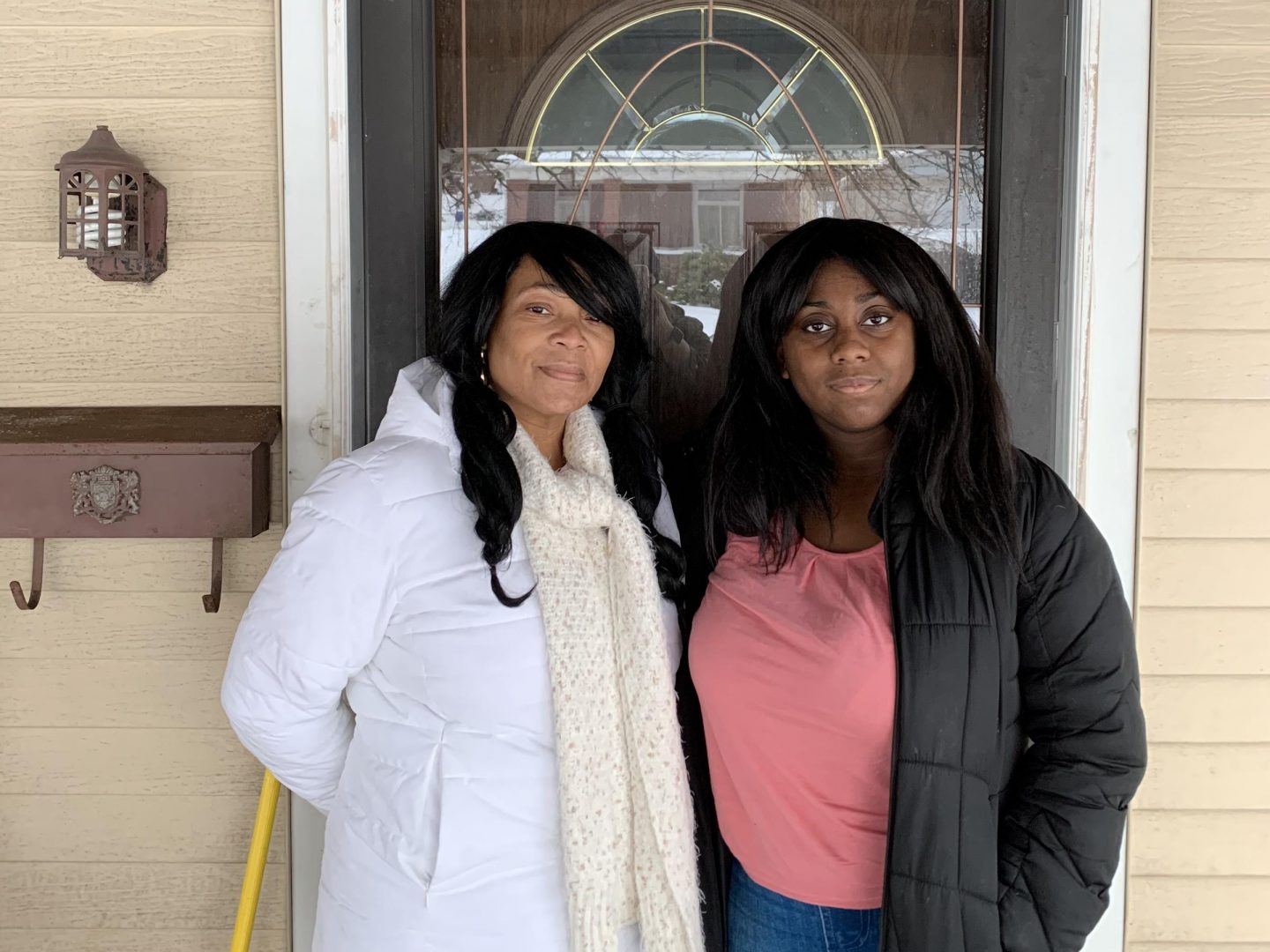 Mia Harper, right, and her grandmother Jeanette Lofton. Harper experienced housing instability in 2020. She ultimately decided to drop out of high school and obtain a GED.

(Pittsburgh) — There are enough children and youth experiencing homelessness in Pennsylvania to fill the Pirates’ baseball stadium.

The state identified 39,221 children and youth with unstable housing during the 2018-19 school year, a 7 percent increase. That number, the most current data the state has compiled, represents the largest number of children the department has identified. And advocates say that number is likely much higher now.

While the coronavirus pandemic has exacerbated situations that lead to homelessness, online learning has made tracking students more difficult.

PNC Park “would be overflowing now,” said Carlos Carter, the executive director of the Pittsburgh-based Homeless Children’s Education Fund. “[Families we work with] have been disproportionately impacted [and] you would probably need another stadium to seat all of those students.”

Homelessness doesn’t always mean living on the streets or in a shelter for children and youth. It could mean they’re temporarily staying with family and friends, or their family has “doubled up” with another.

The state has historically under-identified homeless students. According to Research for Action, Pennsylvania ranks only 36th out of 50 states in identifying students experiencing homelessness per school-aged children in poverty. In 2019, the state identified just 10 students for every 100 in poverty, compared to the national average of 16 per 100 in poverty.

Meanwhile, the state’s rate of school-aged children in poverty and the share of households that are rent burdened are only slightly below the national average, according to RFA.

In Allegheny County, 3,452 children were identified as homeless in 2019, a 16% drop from the year before. Advocates say that is a problem, because the decline doesn’t reflect an improvement in living conditions, but rather children simply dropping off the radar. And when students aren’t identified, they lose out on resources and services they’re legally entitled to, like food and tutoring.

“We know the needs are greater. So I believe [PPS is] struggling,” Carter said.

Sarah Armenti, a social worker at Pittsburgh’s Langley K-8 in Sheraden, said remote learning removed the eyes and ears of the school employees.

Students aren’t required to turn on their computer cameras, and the warning signs that Armenti used to look for — hoarding food, poor hygiene, lack of immunization — are no longer apparent.

Nationally, the number of students identified for services has gone down, though many say it should be increasing. Barbara Duffield with School House Connections, a national group based in Washington D.C., said the dangers of COVID-19 pushed families to stay with other people rather than in shelters.

“They’re at somebody else’s mercy,” Duffield said. “They can be kicked out the next day. It might be a dangerous situation, but it’s the only place they have to be. So we have more hidden homelessness with greater instability and greater potential harm to children’s health and well-being.”

Mia Harper was in an unstable housing situation this fall. The 17-year-old was removed from her mother’s house by child protective services and moved in with her grandmother.

Harper had been transferred to Pittsburgh’s Brasher High School right around the time the state closed schools because of the coronavirus pandemic and PPS’ 22,000 students began to learn remotely.

The computer the district gave her had a faulty charger, which meant she had to hold it in place while doing her homework. The Wi-Fi at her grandmother’s was spotty and she struggled to finish assignments.

Harper never set foot inside of Brashear. She didn’t know her teachers and she didn’t have friends. She has a learning disability and says her teachers didn’t modify her online work.

“I just feel like I might, you know, just end up being another statistic with this school,” Harper said.

Then her grandmother contracted COVID-19. Harper took care of her by bringing her tea, helping her write her will and generally worrying. She missed nearly a month of school as a result.

“I was worried about her because she was sitting there coughing and she was taking videos of her last will and everything like that,” Harper said. “I would just turn on my laptop and like see assignments and assignments due over and over, and I’m just like, ‘I can’t do this right now.’”

She was connected to the Homeless Children’s Education Fund, which purchased a laptop for her to use for her school work. The group connected her to a tutor. But she never caught up.

This month, Harper decided that she would drop out of high school and obtain a General Educational Development certificate, or GED. It came down to her grades — she was failing all but one class.

She’s not sure if she would have stayed in school even if class were in-person. But she said she would have been motivated by rites of passage like school dances and graduation.

“That was the only reason that was holding me there: I’ll get pictures, I’ll be able to do my dance and stuff like that, to be able to get a really cool dress and I’ll feel like I deserve it,” she said. “Meanwhile, it’s just a fantasy I knew I couldn’t complete.”

Pittsburgh Public Schools says about half of its students will be called back to classrooms in April.

Armenti, the school social worker, says she expects much of her work will be tracking down students.

“Our job as professionals when we come back is to identify those gaps and address them immediately,” Armenti said. “We can’t change what has happened, but we can change what happens in the future.”

District administrators say the students who have struggled the most this year will be called to return first.

Who’s getting the COVID-19 vaccine, who isn’t, and why?