'There’s whole generations of children that went through here and were underfunded from kindergarten through graduation.' 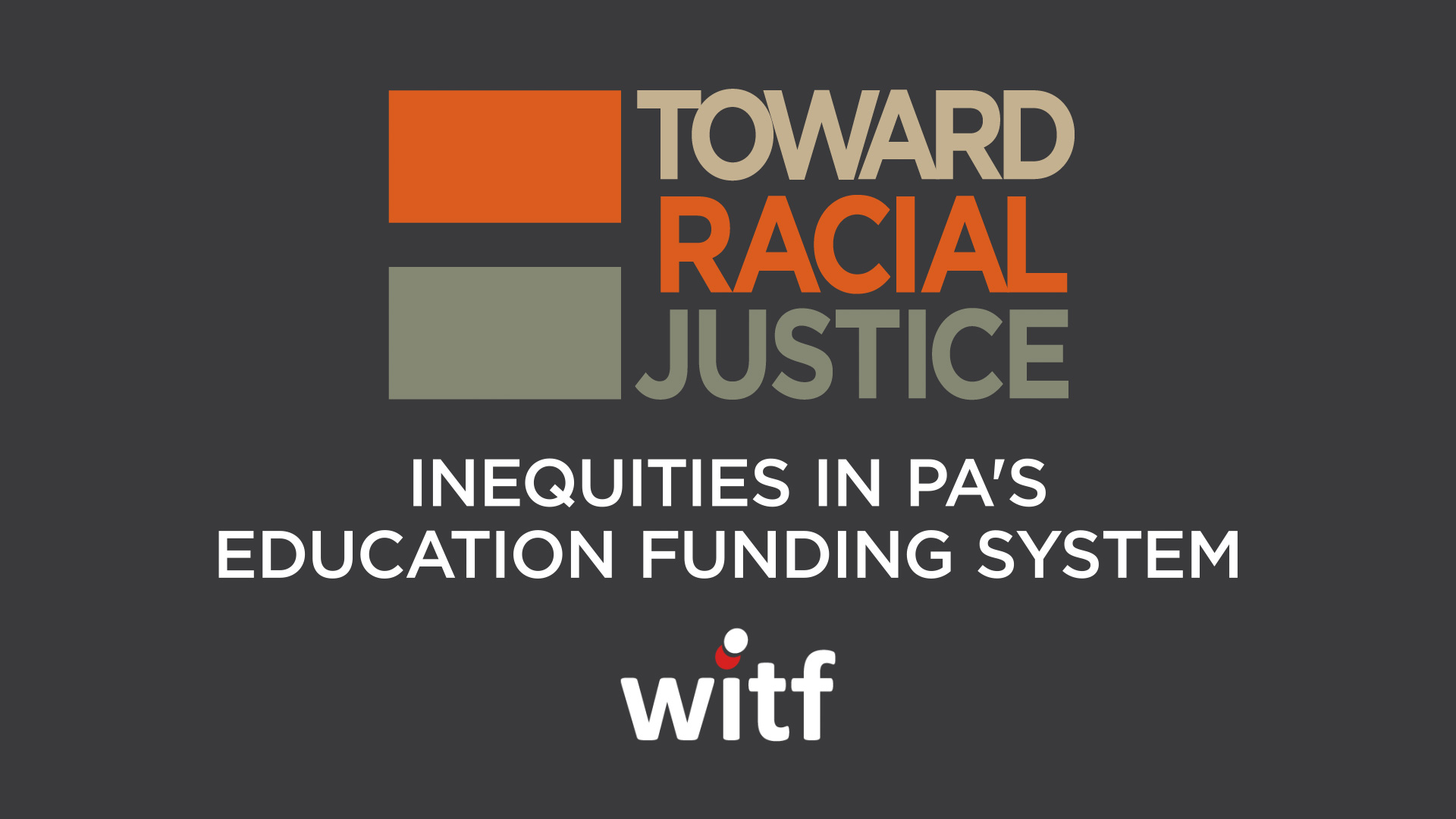 Join us Thursday, March 18 at 7 p.m. for the next installment of our Toward Racial Justice series of conversations focused on the dynamics within multiracial families on WITF’s YouTube channel.

Correction: This article was updated to describe the funding shortfalls in several districts in millions of dollars, not thousands.

(Harrisburg) — Crystal Echeverria attends high school in Harrisburg and interned with a firm that advocates for increased school funding. The experience, she said, gave her deeper insight into inequities she has seen firsthand.

“I noticed that a lot of times underfunded schools have older schoolbooks, less adequate facilities, and don’t have the same extracurriculars or opportunities as other schools,” she said. “And some of them aren’t even recognized by colleges or recruiters.”

Echeverria published a letter in local news outlets to Pennsylvania First Lady Frances Wolf and a guest column urging a fairer school funding model. “There is nothing more oppressive than having your education shortchanged, minimized or taken away from you, yet, this happens every day in Pennsylvania,” she wrote.

Equity in education dollars is a longstanding debate in the Commonwealth, which is the defendant in a lawsuit arguing that its mode of funding is unconstitutional. A study produced for the judge in that case last year calculated that Pennsylvania schools would need $4.6 billion dollars to adequately educate students and correct racial and ethnic disparities.

Advocates say now is the time to begin closing the gaps. Echeverria and others discussed the issue March 4 as part of WITF’s Toward Racial Justice program.

The COVID-19 pandemic shined a spotlight on inequities in education, amid shutdowns and discussions over in-person and virtual instruction.

The School District of Lancaster is one of several plaintiffs in the lawsuit, which was filed in 2014 and revived by a Commonwealth Court judge in 2018. Superintendent Damaris Rau, who was part of the TRJ panel, said the stakes of mitigating inequity were high as districts scrambled to adapt to school closures last year.

“The School District of Lancaster, because of that inadequate funding, actually was one of the last school districts in our county that were able to provide devices to our kids,” she said in the discussion.

Deborah Gordon Klehr, executive director of the Education Law Center, which is working on the case, said the problem is two-fold.

“The system is set up where the state isn’t adequately supporting public education and isn’t equitably distributing the dollars the state does allocate,” said Gordon Klehr, who spoke on the panel. “There’s no way to solve this problem with the level of funding that we have now. We are fighting over crumbs.”

Pennsylvania ranks near the bottom in terms of how much state governments contribute to public schools. That means taxpayers foot the bill, primarily with property taxes, a situation which allows students’ ZIP codes to determine the quality of their education.

In the School District of Lancaster, Rau said, 20% of students are learning English and 90% are “economically disadvantaged.” Lancaster students generally have bigger class sizes than other districts in the county while their families pay more in taxes to the district, she said.

“That is really inequitable because they’re creating this system of the poor having to pay even more, when we don’t have it,” she said.

Equity First founder and former Republican state Representative Kelly Lewis said during the TRJ event the Commonwealth has been debating such inequities for decades. He pointed to the early 1990s, when he said the state downplayed enrollment and poverty in school funding and promised shrinking districts couldn’t lose funding under what’s called the “hold harmless” policy.

“There’s whole generations of children that went through here and were underfunded from kindergarten through graduation,” he said, even as lawmakers from both parties have supported change. The current funding formula, which they passed in 2016, uses factors like enrollment, average income, and students who are learning English.

But because of the hold harmless promise, about 90% of all education dollars in the state bypass the formula.

So, districts like York, Harrisburg, and Lancaster are receiving tens of millions of dollars less per year than they need, based on the formula, Lewis said. For Reading School District, the shortfall is more than $100 million, or $5,357 per student. As Spotlight PA and Keystone Crossroads have reported, 80% of Black and Latino students attend districts with large funding shortfalls.

Advocates like Lewis are closely following this year’s budget discussions after Gov. Tom Wolf proposed adding enough funding to close equity gaps, while paying districts that would lose funding through the formula.

A huge windfall of money is headed to districts as part of the federal stimulus bill, which will likely send about $5 billion to Pennsylvania’s education system, Keystone Crossroads reports.

But Gordon Klehr said the money should not be used to temporarily fix the state’s equity problem.

“We really want to avoid that cliff where one-time federal funds are gone and now districts are left hanging,” she said.

A long-term solution would mean some districts could eventually receive less funding, which is a hard sell for some lawmakers. But the challenges of the past year have made it an ideal time to make the case, according to Gordon Klehr, because they have “highlighted that we are putting an entire generation of children at risk of not being prepared for the challenges and demands of tomorrow, which impacts the state’s future workforce, tax base, economy.

“That matters for all of us,” she said.

It’s not just districts in cities that would benefit, Rau said. Some suburban districts in her county would gain money under the formula because they have growing enrollment or more English learners, for example.

She recommends districts conduct equity audits to better understand biases and disparities that might manifest in their schools. While funding isn’t the only injustice facing students, she said, it connects to issues like the school to prison pipeline and opportunity gaps.

The deadline for lawmakers to decide on a budget is July 1, the beginning of the next fiscal year, but discussions have extended well into the summer in past years. Meanwhile, the funding lawsuit is moving forward in the Commonwealth Court.