New report shows Pennsylvania farmland is on the decline

The trends could lead to less food produced in Pennsylvania and limited open land for environmental protection.

(State College) – The amount of farmland in the commonwealth has fallen in recent years, while population in traditionally rural areas is on the rise.

A recent report from Penn State’s College of Agricultural Sciences analyzed data from the 2017 Census of Agriculture, which compiles information on the previous five years of farming patterns.

The authors concluded the state’s total farmland acreage declined by six percent, since previous census data was collected in 2012.

The trends could lead to less food produced in Pennsylvania and limited open land for environmental protection.

“It increases property taxes. It creates the opportunity for more complaints or conflicts with neighbors over spraying and operating machinery late at night, and other kinds of things that that farmers need to do,” said Timothy Kelsey, professor of agricultural economics and co-director of the Center for Economic and Community Development. 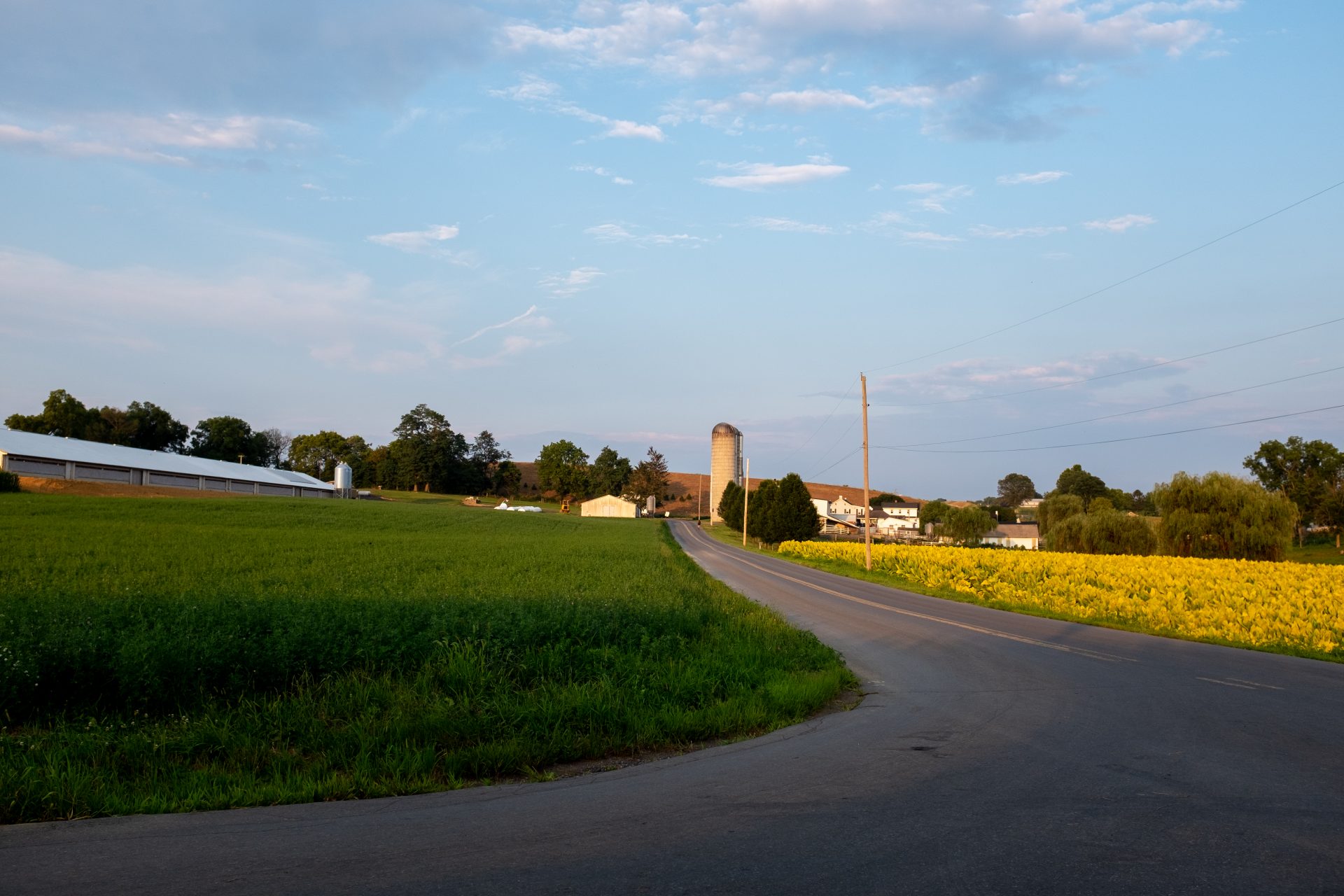 Lancaster County farmland is seen in this photo taken Aug. 5, 2019.

The state’s prime farmland is in the southeast – where population has been steadily increasing. The area known as the Northern Atlantic Slope Diversified Farming Region, which includes Dauphin, Lancaster, York, Perry and Lebanon Counties and others, is made up of coastal lowlands and plains.

It also is home to half the state’s farmland.

“This region’s suitability for farming also makes it the biggest driver of Pennsylvania’s agricultural economy,” said Alyssa Gurklis, a co-author of the report. “This region generates the vast majority — about 82% — of agricultural sales.”

The region’s rich soil and “favorable” climate make it fertile ground for corn, soy beans and hay, along with fruit like apple sand peaches.

Kelsey says the findings underscores the importance of farmland preservation programs around the state.

“(The programs) have been able to keep farmland in agriculture farmland open. Lancaster County and Berks County, in particular, have been very aggressive and proactive in farmland preservation,” he said.

About a quarter of the total land area in the Commonwealth is used for agriculture.