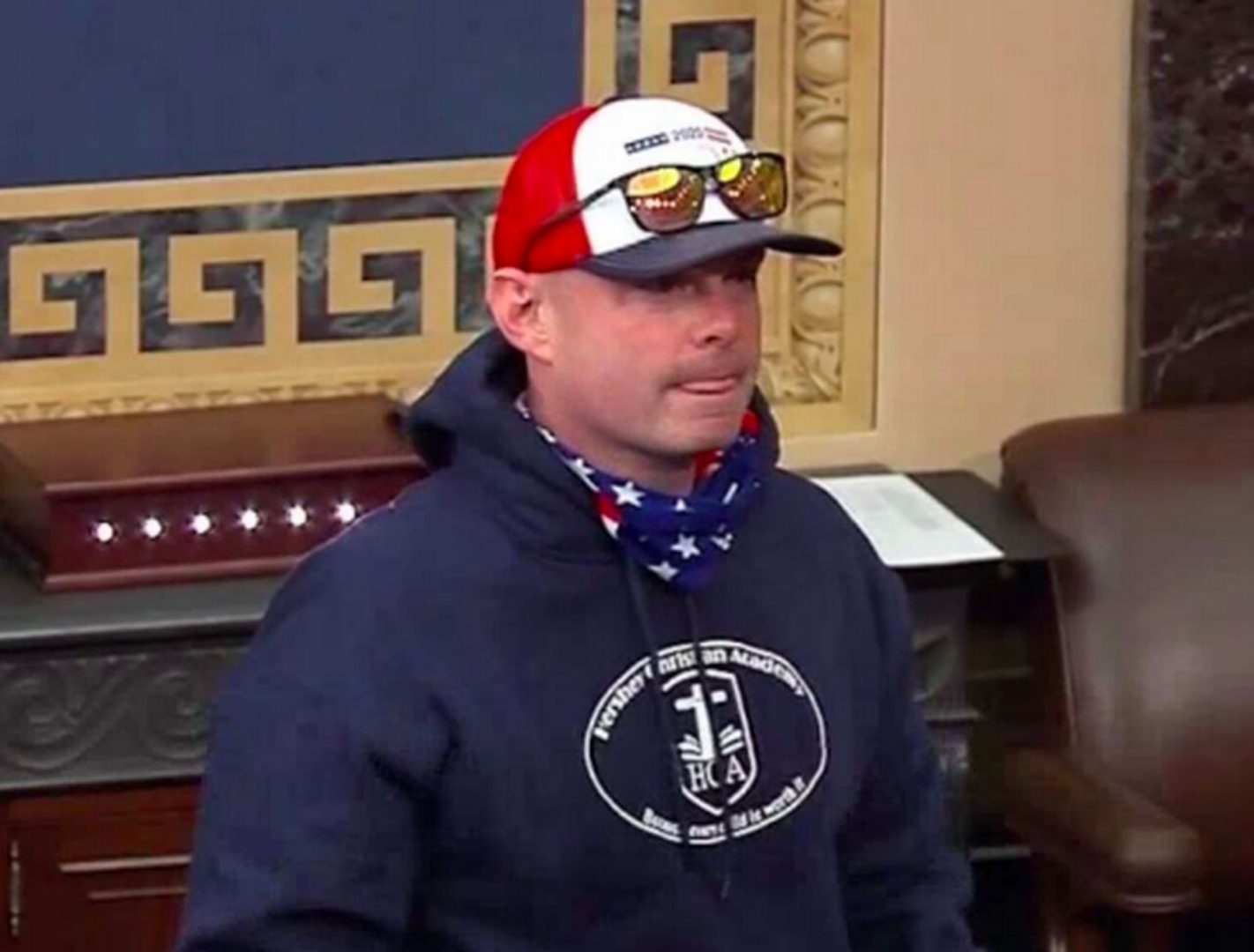 (Washington) – A midstate man is now facing seven charges related to his activity during the January 6th insurrection at the U.S. Capitol by supporters of former President Donald Trump.

Leo Brent Bozell IV can be seen in videos in and around the building wearing a Hershey Christian Academy sweatshirt.

A grand jury has added four counts to the previous three filed by the FBI.

Bozell now faces charges including destruction of government property and physical violence in the Capitol.

Newly unsealed court records show the Palmyra, Lebanon County, man breaking a window and jumping from the balcony in the U.S. Senate.

The indictment was juuuust posted moments ago.

He was also featured in footage chasing down a police officer, which was shown during Trump’s second impeachment trial.

Bozell is the son of well-known conservative activists Brent Bozell III, who founded the Media Research Center and the Parents Television Council.

The FBI has arrested at least 30 Pennsylvanians for their roles in the attack, which drove Congress from its chambers and delayed the certification of Joe Biden as the winner of the 2020 presidential election.

New report shows Pennsylvania farmland is on the decline