In this Thursday, March 26, 2020, photo, this wi-fi-enabled school bus, seen at an apartment complex in Winnsboro, S.C., is one of many being sent to rural and lower-income areas around South Carolina to help students with distance learning during the new coronavirus outbreak. With routers mounted inside, the buses broadcast enough bandwidth in an area the size of a small parking for parents to drive up and children to access the internet from inside their cars. (AP Photo/Meg Kinnard)

‘Big burden’ for schools trying to give kids internet access

(Washington)–When the coronavirus pandemic shut down schools, educators had to figure out how to get kids online. Fast.

In a patchwork approach born of desperation, they scrounged wireless hot spots, struck deals with cable companies and even created networks of their own.

With federal relief money and assistance from state governments and philanthropists, they have helped millions of students get online for distance learning. Still, a year into the pandemic, millions of others remain without internet because of financial hurdles and logistical difficulties in getting students what they need.

There will soon be more money for schools to provide internet, as well as programs that aim to make internet more affordable. The $1.9 trillion stimulus package that President Joe Biden signed Thursday contains $7 billion for distance learning. Advocates working to address the digital divide say the new funding will be groundbreaking for schools’ efforts to connect students. 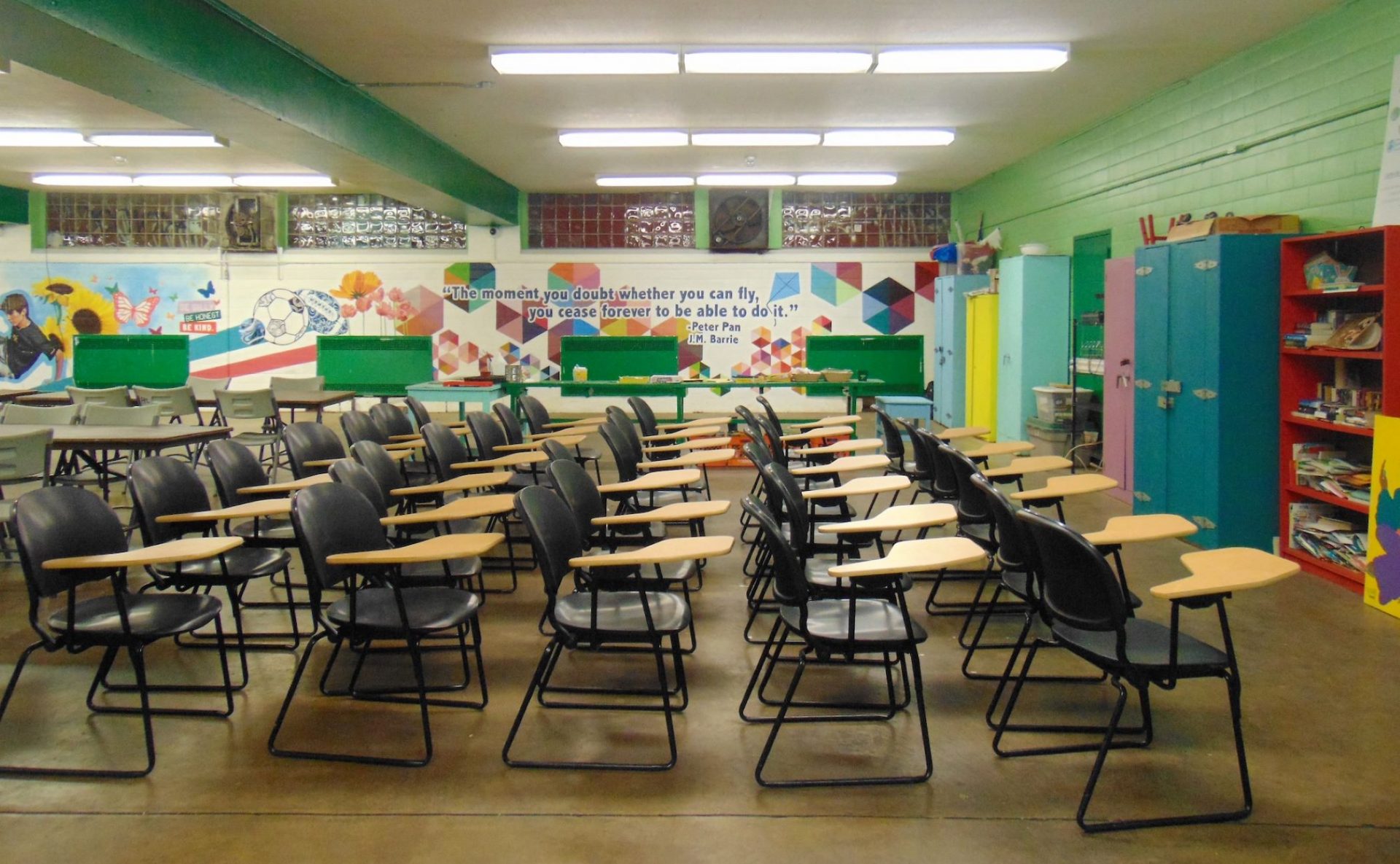 An empty classroom in Philadelphia.

In Chicago, philanthropy paid for nearly half the $50 million, four-year Chicago Connected program, which pays for kids’ home internet if they qualify for reduced-price lunches. Chicago Public Schools, the country’s third-largest district, is on the hook for $25 million.

About one-fifth of the 242,000 students who are eligible have gotten internet.

Cherelle Bilal said her free Chicago Connected internet service was crucial to helping her four kids actually attend school, even though they still struggle with staying focused in a virtual classroom. Before, “it was horrible,” she said. Her existing service was inadequate.

“We would be kicked out of our Zoom calls,” she said. “It just glitched; we couldn’t hear sometimes.”

Schools were working well before the pandemic to address the challenges presented by the digital divide, which disproportionately affects Black, Latino and Native American students and those in low-income households. The shift to distance learning dramatically raised the stakes.

Common Sense, a nonprofit that advocates for internet access, estimates that of the 15 million schoolchildren who lacked sufficient internet when the pandemic hit, 2 million to 5 million have been connected. But many programs have end dates.

In Philadelphia, for example, a $17 million program to connect as many as 35,000 students that relies on philanthropists and federal stimulus funds will run through summer 2022. Baltimore City Schools is paying for Comcast home internet or a T-Mobile hot spot for low-income students through September.

About two-thirds of newly connected households got hotspots, typically small boxes that generate internet on the go, estimated Evan Marwell, CEO of EducationSuperHighway, a nonprofit focused on getting schools internet. The rest came mostly from deals with cable companies like Comcast. A few districts launched or expanded their own networks. 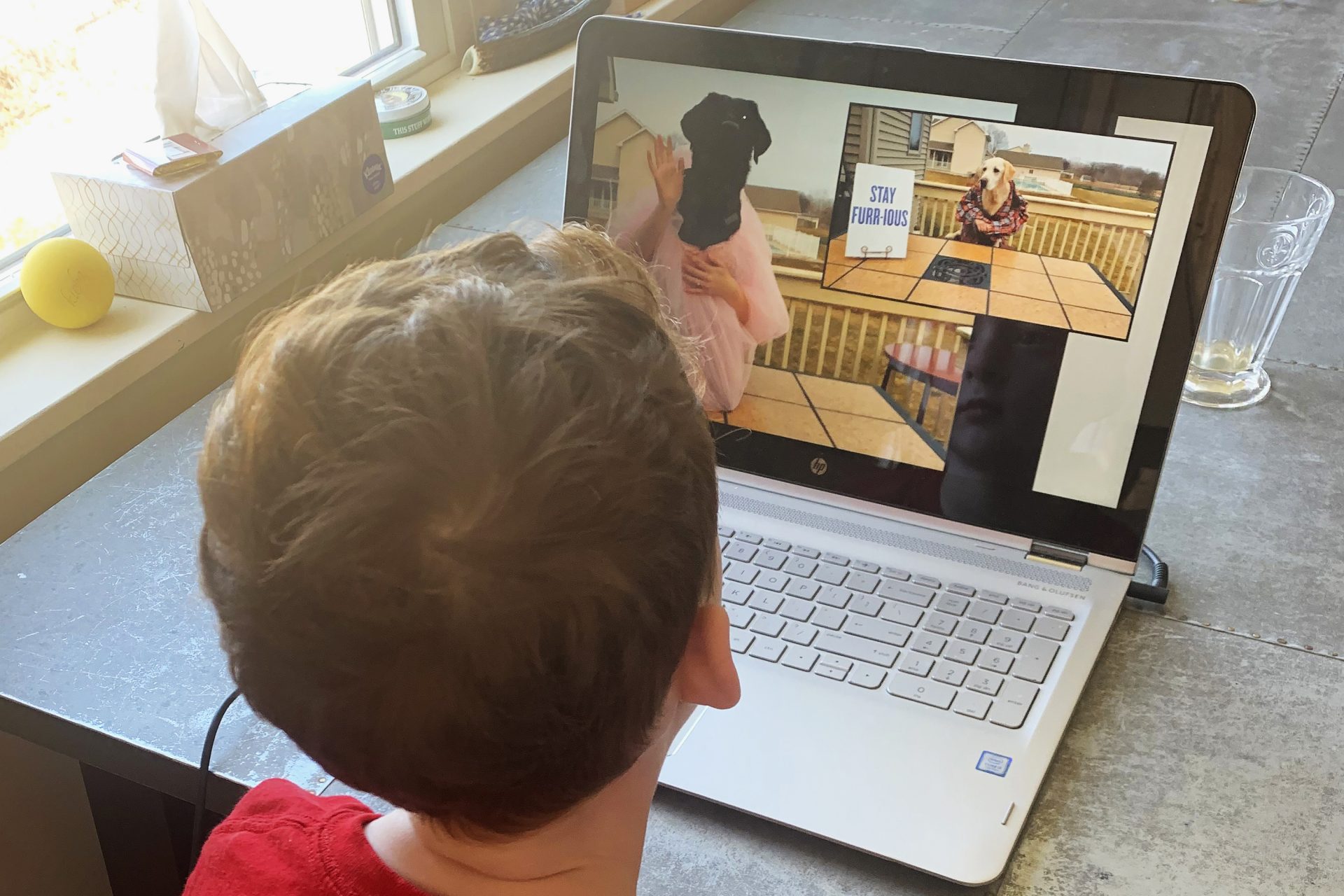 This April 6, 2020, photo released by Alexandra Nicholson shows her son, Henry Martinsen, on his computer in Quincy, Mass. The frustration of parents is mounting as more families across the U.S. enter their second or even third week of total distance learning, and some say it will be their last.

Schools had to take a lead because the federal government has failed to make internet available and affordable, said Blair Levin, an Obama-era Federal Communications Commission official.

“The schools were so stressed,” Levin said. “It was not easy. It was a big burden.”

Each approach had its drawbacks.

Hot spots don’t work well in homes with multiple students or if cellphone reception is bad. Some school officials and families criticized the cable and wireless companies’ low-cost internet as still too expensive over the long term, or inadequate. Creating networks takes time, funds and expertise, and sometimes they were not ready to go in an emergency.

Boulder Valley School District in Colorado started a wireless network with a local internet company three years ago, putting antennas on top of schools and giving nearby low-income students free internet; 6,000 are eligible based on income.

It sped up its rollout because of the pandemic but still serves only 216 students. The district just got a $1 million grant to quicken deployment, said Andrew Moore, the district’s chief information officer.

Before the pandemic, the East Side Union High School District in San Jose, California, was working on a $10 million community Wi-Fi network with the help of the city. It is eventually supposed to serve 300,000 residents.

But the city library cautions that the network’s “indoor connectivity is not guaranteed.” The city is sending families boosters to improve their connection and spent $5 million on roughly 13,000 AT&T hot spots for students for the year.

For schools to provide internet to students at home invites fraud and waste, said George Ford, economist of the Phoenix Center, a think tank that opposes efforts by cities to make their own broadband networks.

“Public school systems aren’t set up to do that sort of thing,” he said.

Schools are critical for connecting students after the pandemic, said Amina Fazlullah, equity policy director of Common Sense. They can purchase in bulk, driving down costs, and their close ties to families help encourage adoption.

California’s Imperial County, a rural, agricultural area bordering Mexico, is one of its poorest, and internet access is scattershot. In Calipatria, one of its smaller cities, City Council member Hector Cervantes pays $67 a month for AT&T internet that isn’t fast enough to qualify as broadband and that he knows “not to mess with” when his 16-year-old daughter and wife need it for school and work, lest they get kicked off.

Imperial County happened to have already created a wireless network for government needs, called BorderLink. It was put to work for the public during the pandemic but is already tapped out in some areas with just a fraction of the county’s 36,000 students using it.

“Every day we have administrators asking for more devices,” said Luis Wong, chief technology officer of the Imperial County Office of Education.