A room at Chateau LaFayette at Nemacolin Woodlands Resort, where House and Senate Republicans will gather in the coming weeks for their retreats.

The legislative retreats, the cost of which lawmakers can cover using campaign funds, come as Pennsylvania continues to operate under a bevy of coronavirus-related restrictions. 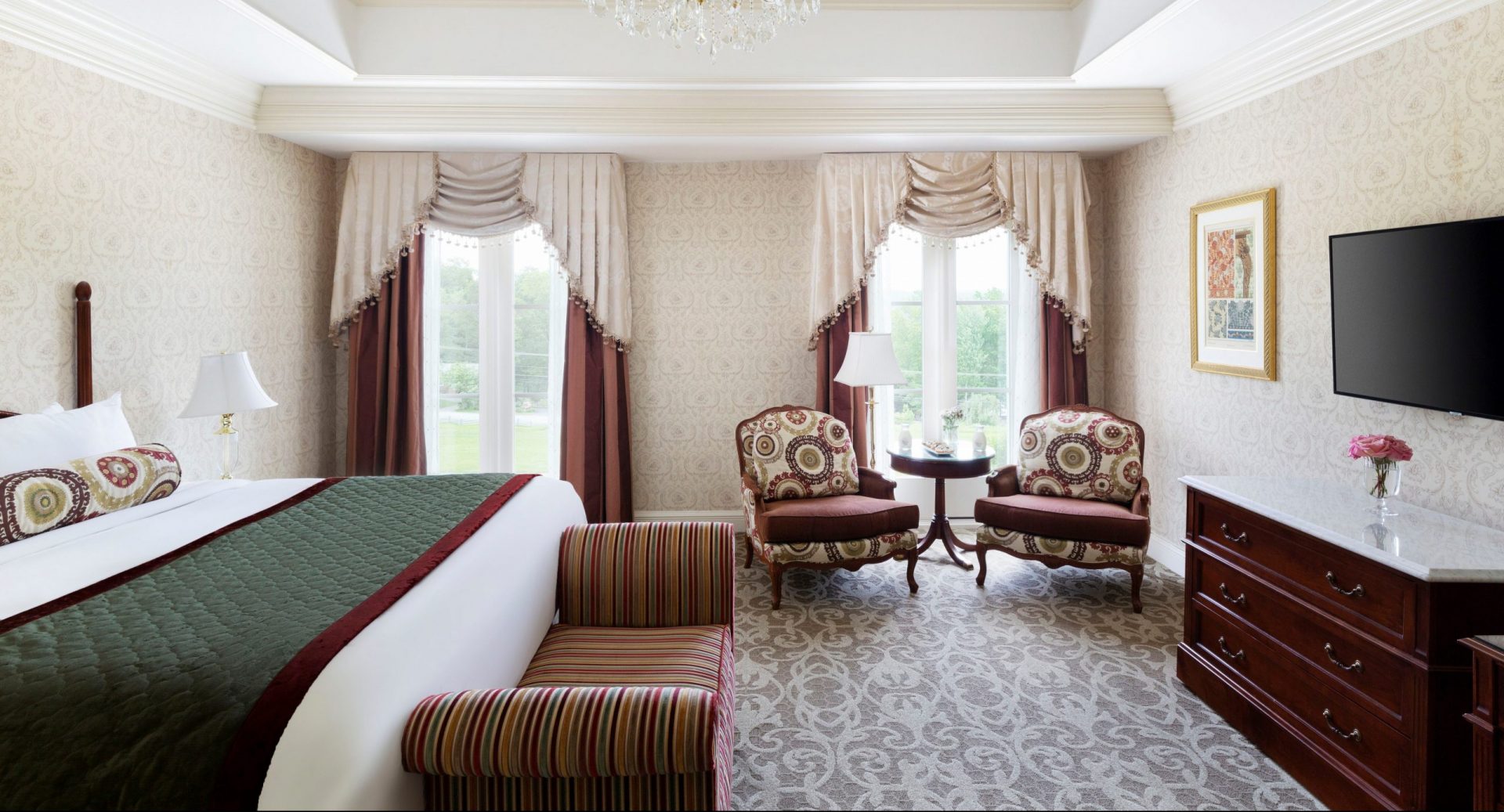 A room at Chateau LaFayette at Nemacolin Woodlands Resort, where House and Senate Republicans will gather in the coming weeks for their retreats.

Spotlight PA is an independent, non-partisan newsroom powered by The Philadelphia Inquirer in partnership with PennLive/The Patriot-News, TribLIVE/Pittsburgh Tribune-Review, and WITF Public Media. A version of this story originally appeared in our free weekly newsletter.

(Harrisburg) — When Republican lawmakers come together for their annual retreats this month and next to talk politics — and maybe some policy — there will be no need to create virtual backgrounds featuring bucolic landscapes to spice up their image.

Those views will be right outside their conference room window.

Despite the pandemic, Republicans who control both legislative chambers have scheduled the gatherings in person this year at the upscale Nemacolin Woodlands Resort. Situated Nestled in nearly 2,000 acres in the Laurel Highlands, it is one of the state’s best-known luxury resorts.

Fans of “The Bachelor” will recognize it as the backdrop of the show’s most recent season.

The legislative retreats, the cost of which lawmakers can cover using campaign funds, come as Pennsylvania continues to operate under a bevy of coronavirus-related restrictions that discourage in-person gatherings. It also comes as the state is slated to receive billions in aid from the federal government to help state and local agencies, as well as residents, navigate the financial burdens brought on by the pandemic.

“It’s not a good look,” said one Republican lawmaker who disagreed with the decision to schedule the retreat at an upscale resort, but who did not want to publicly criticize his legislative leaders for the decision.

Sen. Dave Argall, the Schuylkill County Republican who heads up the Senate GOP campaign arm that helps organize the retreats, said he did not choose the location — that decision is often made by the chamber’s leaders. But he noted that no taxpayer money underwrites it, and said precautions are being taken to ensure attendees follow coronavirus-related safety measures.

“I know we are encouraging members to attend in person,” said Argall, “but I think it can be done safely.” 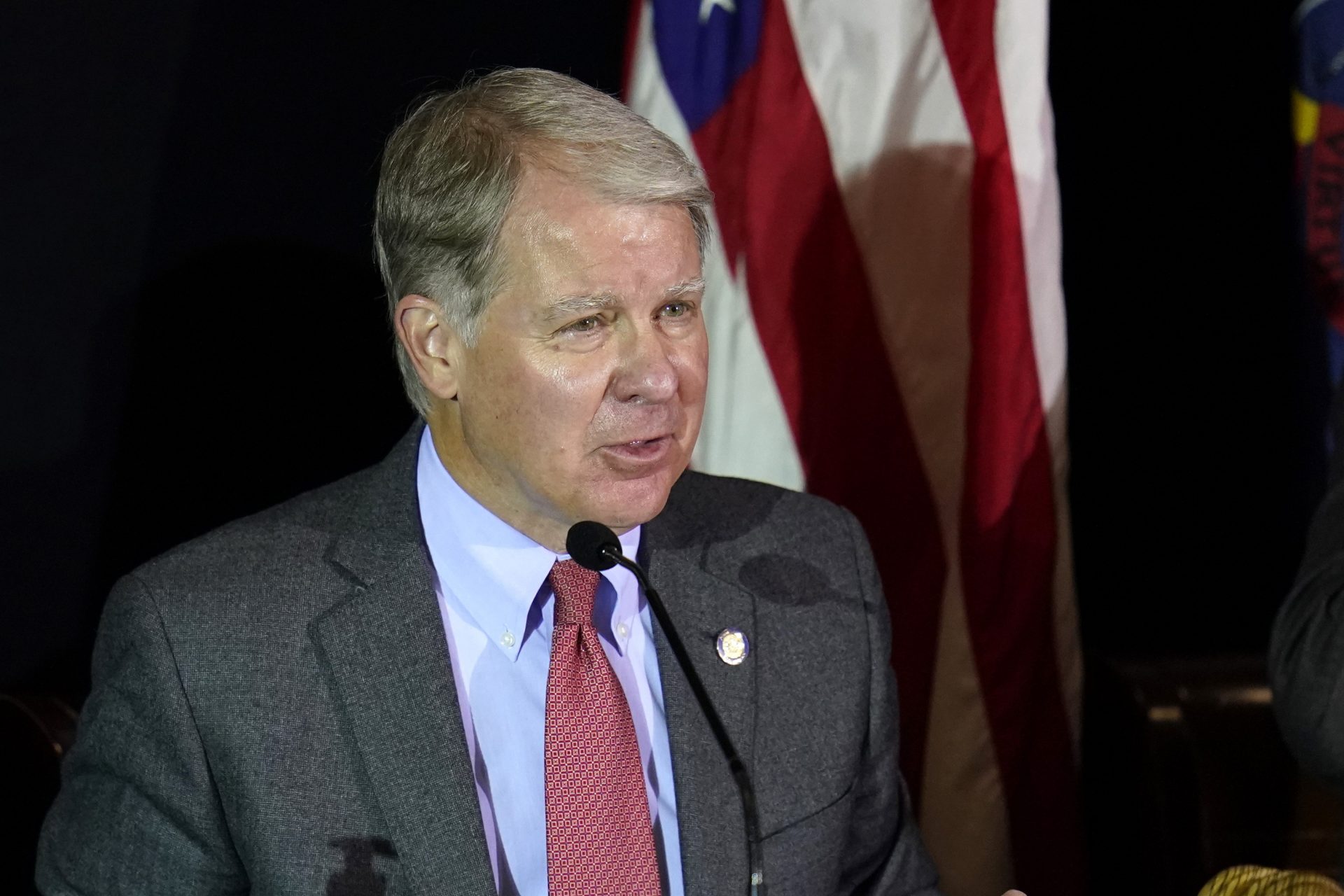 Both Republicans and Democrats have for years held such retreats outside the Capitol as a way to discuss, craft, and debate political strategies to help them win elections.

This year, because of the pandemic, Democrats in the Senate said they have no retreat planned and gathered remotely last month to discuss their legislative agenda. In the House, Democratic leaders said they are delaying their retreat until later in the year, in the hopes that much of the state’s population will be vaccinated by then.

But they noted that theirs is usually held in Harrisburg.

On the Republican side, retreats have often rotated among locations in different regions of the state. This year, Western Pennsylvania is the spot of choice.

Senate Republicans will gather at Nemacolin first, with their two-day retreat scheduled to start on March 25.

Republicans in the House received an email late last month urging them not to delay making reservations for their two-day gathering, which starts April 28.

Single rooms, according to a copy of the email obtained by Spotlight PA, run $600 a night.

Majority of voters say Pa. congressmen should not have voted against certifying state’s election results