The Thornfield property is the first stop on the tour.

The story of several prominent abolitionist figures unfolds as you go, most notably that of the Garrett family. 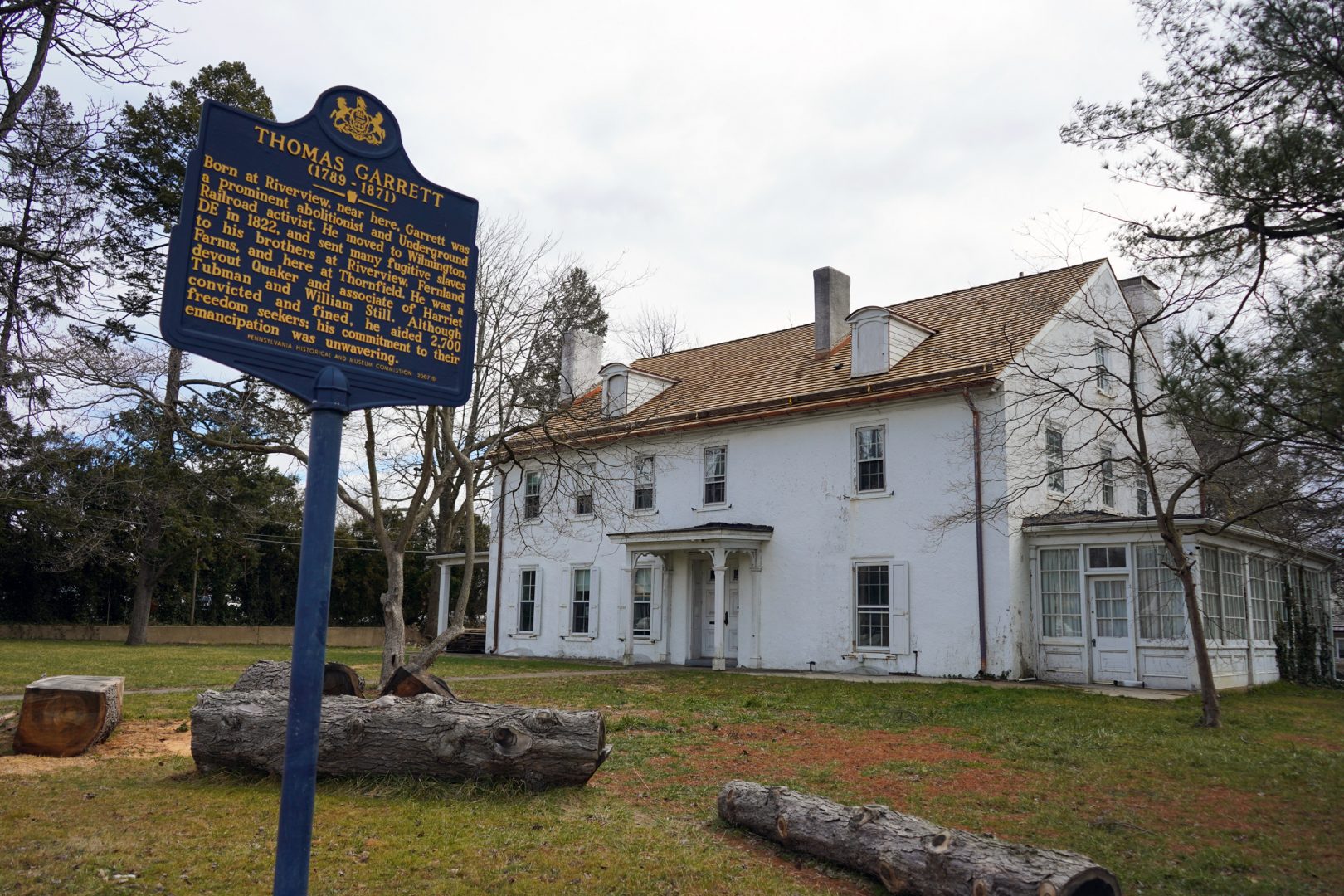 The Thornfield property is the first stop on the tour.

“I give a lot of kudos to the members of the Historic Commission, because they got this together in less than a year, and it was a great launch,” Mayor Barbarann Keffer said. “And it was done in time for Black History Month in February.”

Because the tour is self-guided, though, you can take it any time, in any month. On a chilly March Saturday that offered flurries, sun and cloudy weather, I walked the 4.5-mile route, which runs from Drexel Hill almost to the township’s border with West Philadelphia. It took me just under two hours to complete.

The story of several prominent abolitionist figures unfolds as you go, most notably that of the Garrett family. The tour begins at Thornfield, a property owned by the Garretts. A family of Quakers, they were opposed to slavery and leveraged the power they had to end the institution and provide refuge to enslaved people. 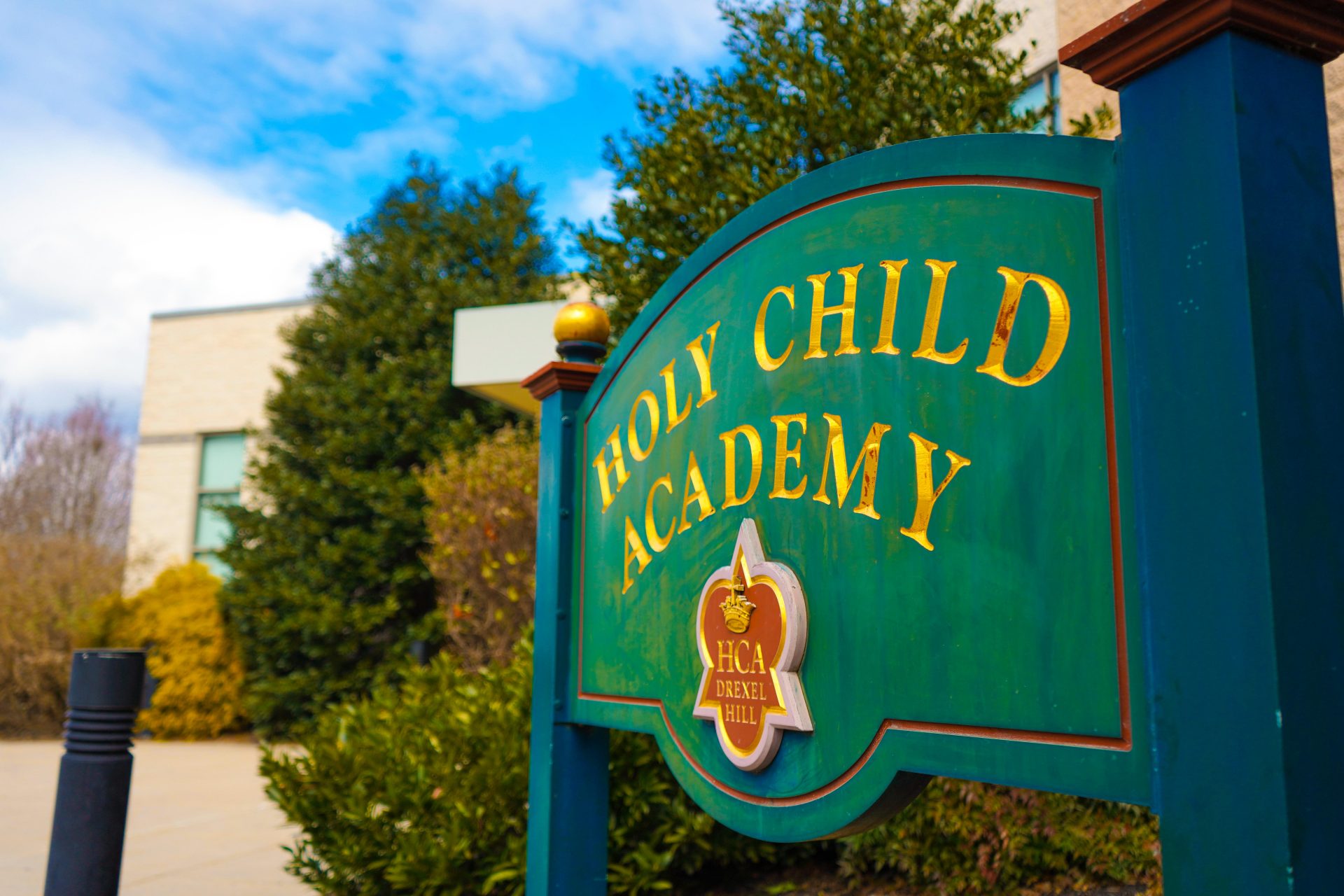 The Riverview House is no longer standing today. A school has taken its place.

Riverhouse House and Cleveland Farm (now Holy Child Academy) was the home of abolitionist Thomas Garrett Jr. prior to his move to Wilmington. Garrett was well known in the antislavery movement and a friend of Harriet Tubman — he helped some of her family members escape to freedom.

A museum at Arlington Cemetery on Garrett Road in Drexel Hill houses a collection of Garrett family artifacts.

Several sites on the tour are dedicated to other Quaker families in the region who were active in the abolition movement: the Pennock, Sellers, and Rhoads families.

The tour ends at the Friends Southwestern Burial Ground, where several of the figures highlighted along the route were laid to rest.

The notion of a walking tour came out of the need for a socially distanced activity, Everts said.

“I think, given the fact that we’re still experiencing the effects of COVID-19, it was a good idea to just do a self-guided tour, rather than bringing a bunch of people in one kind of small area. This allows people to do it at their own free time, and also do it at their own pace,” Everts said.

Because the trail weaves from Upper Darby’s Drexel Hill section to the outskirts of West Philly, it gives residents a way to see the entirety of their town. “I also think it shows the fact that we are a pedestrian-friendly municipality,” Everts said.

‘A story that was largely hidden”

The story of the anti-slavery movement can be found all over the Philadelphia region. Places like Cheltenham Township in Montgomery County are full of historical markers that act as footnotes to the very visible sites that still stand.

Though Upper Darby also is full of historical markers and federally recognized historical buildings, Everts said previous township administrations allowed some structures to be demolished before they could be protected.

One of the stops on the walking tour, for example, used to be the Howard House — a meeting place for those in the anti-slavery movement. It is now a parking lot for a local restaurant.

Everts said the Keffer administration has been an ally to the Historic Commission in attempting to give these historical sites better protections and signage. But the existing markers are not without their own problems, he said. 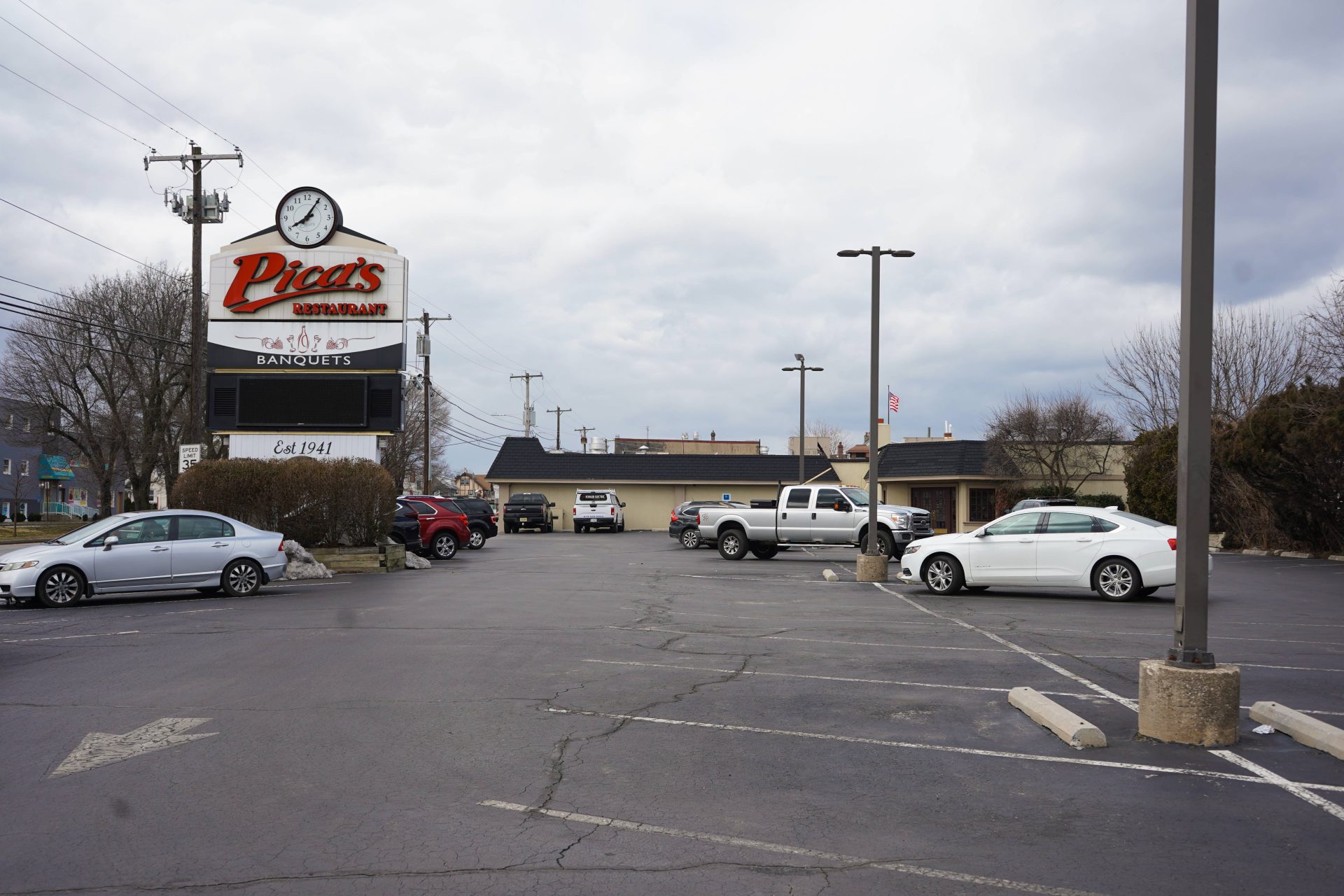 The Howard House once stood in what is now the parking lot of a local restaurant.

“I’d say currently, what little signage there is sort of focuses on the white conductors [of the Underground Railroad], which of course are an important part of that story,” Everts said. “But I think, working with the Historic Commission, we’d like to see future signage kind of focus on the literally hundreds of Black folks who came through these sites and see their stories told.”

Everts acknowledged that the tour itself also centers on the story of the white conductor, but he added that he sees value in that perspective, because it serves as a counterargument to the false narrative that the institution of slavery and the coinciding racist beliefs were simply a product of the time.

“I think this is an important part of the story and history of Upper Darby. And it was a story that was largely hidden, despite the efforts of some of the descendants of the abolitionists and others to make it better known,” he said.

Robert Seeley, a descendant of the Garretts who has been studying this part of his family’s history for quite some time, has been working with the Historic Commission in an expert role. And even though the Garrett family story is from the 19th century, it has largely maintained its relevance today, according to Everts.

“You can trace some of the unresolved and unreconciled issues from slavery to segregation to the killings of George Floyd, Breonna Taylor, and others by people in positions of authority. I think it’s also a story of perseverance,” Everts said. “And, importantly, it’s also a story of allyship.”

That said, the Historic Commission sees the route as an opportunity to center Black history in Upper Darby. “And to that point, the tour is kind of a start rather than an end,” Everts said.

A downloadable trail map can be found on the township’s website. An audio guide is also on the way.