In a news conference on a separate topic, Wolf said his administration’s plan will be released Wednesday.

He gave few details, but said he and a bipartisan legislative task force agreed that the Johnson & Johnson vaccine should be set aside for teachers and then other workers considered to be essential, but who are not included in the first vaccination phase. 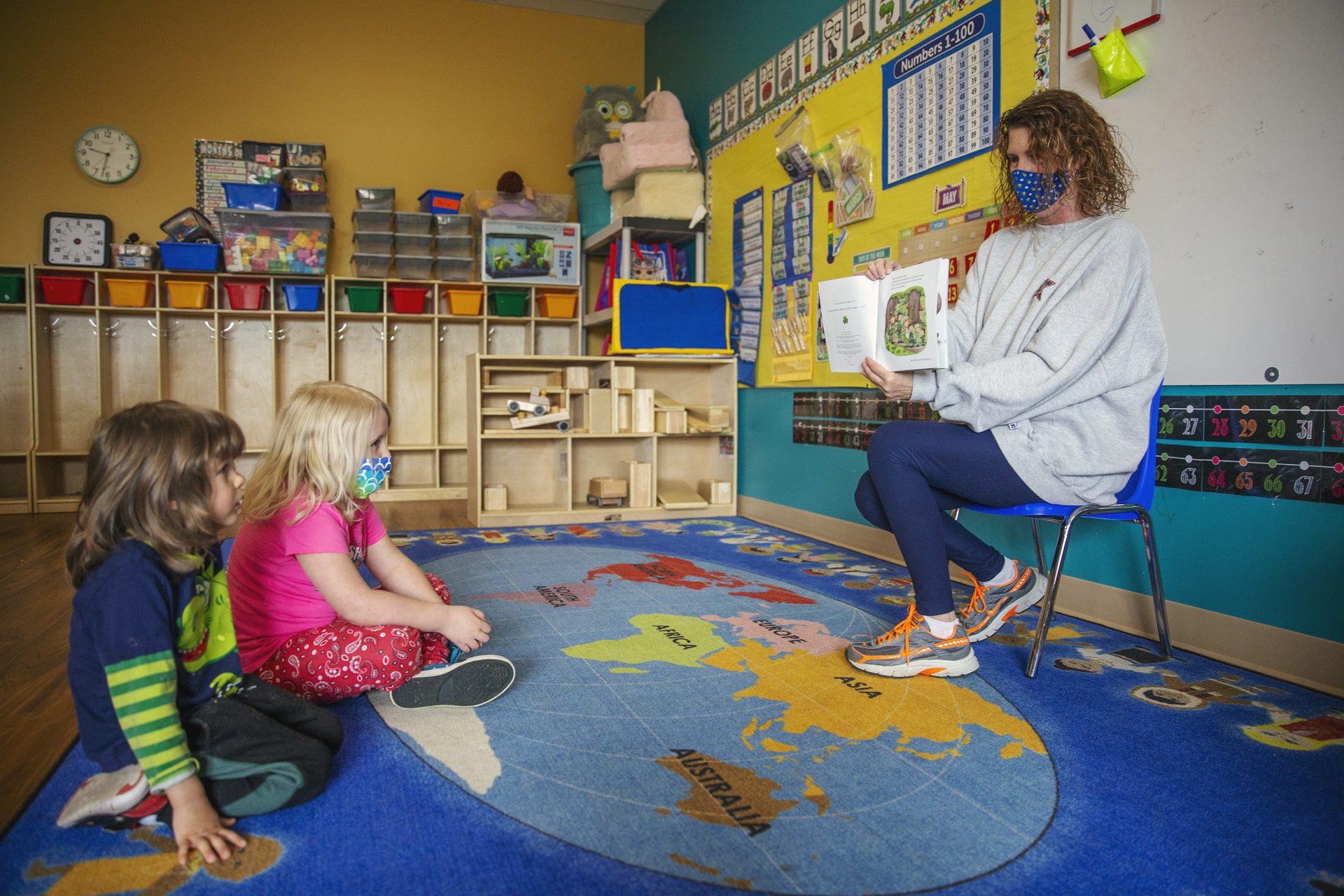 A teacher reads to kids at Step by Step School for Early Learning in State College, Pa.

“There’s some really important front-line workers who I think and I think the task force believes, on a bipartisan basis, should be included in that, like teachers and, not too far down the road, like child care workers, and police, and fire, grocery store workers, bus drivers,” Wolf said.

State officials expect 94,000 doses of the Johnson & Johnson vaccine to arrive this week as school districts face pressure to bring students back to classrooms for in-person instruction. Education groups say vaccinating school staff is an “absolutely essential” step toward reopening schools and keeping them open.

The state is still in Phase 1A of its vaccine plan, offering the shots to people age 65 and over and younger people with high-risk medical conditions — a population that numbers around 4 million.

Teachers currently are grouped in Phase 1B.

Biden says U.S. will have vaccine supply for all adults by May, prioritizes teachers