A student receives her first dose of the Moderna COVID-19 Vaccine during a vaccination clinic hosted by the University of Pittsburgh and the Allegheny County Health Department at the Petersen Events Center, in Pittsburgh, Thursday, Jan. 28, 2021. 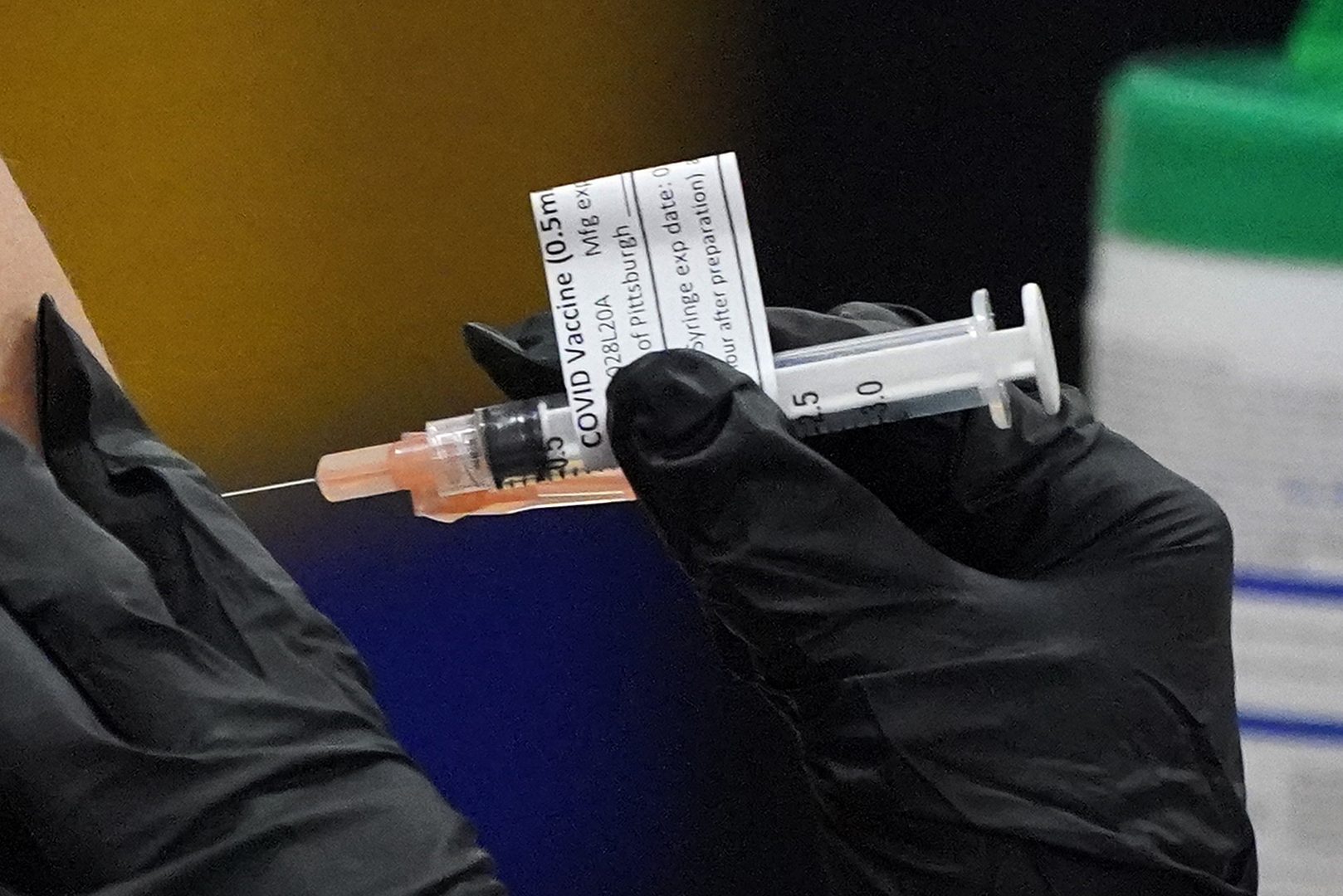 A student receives her first dose of the Moderna COVID-19 Vaccine during a vaccination clinic hosted by the University of Pittsburgh and the Allegheny County Health Department at the Petersen Events Center, in Pittsburgh, Thursday, Jan. 28, 2021.

(Harrisburg) –– Tensions flared at the state Capitol Thursday over how, when and where the Department of Health has been coordinating with providers to administer vaccines.

Currently, only Pennsylvanians that fall into the commonwealth’s Phase 1a of vaccine distribution can schedule an appointment through a select group of providers to get a COVID-19 vaccine. Though that includes health care workers, people who are 65 and older, and those with underlying health conditions like heart disease, the Wolf administration has for weeks blamed a supply shortage as the reason it hasn’t been able to expand the eligibility pool yet.

Rep. Clint Owlett (R-Bradford County) was among those rejecting that argument during a House budget hearing. He said though the commonwealth’s vaccination program began several months ago, some nursing home patients are still confused about when they’ll get their shot.

While people at long-term care facilities that are participating in what’s known as the federal Pharmacy Partnership for Long-Term Care program have largely been vaccinated, the Health Department said vaccinations at personal care homes and assisted living residences are still in progress.

Rep. Austin Davis (D-Allegheny County) said the lack of a statewide registry for vaccine appointments is also causing problems. The Department has cautioned against implementing that kind of system right now because certain large healthcare providers prefer to use their own scheduling system to make vaccine appointments.

“We need a more streamlined process,” Davis said. “This is just creating chaos…it’s contributing to a lack of equity in the way the vaccine is being distributed.”

Acting Secretary Alison Beam said the Department of Health is balancing the slow pace of vaccine shipments with the need to fully vaccinate Pennsylvanians. She said public health workers have to prioritize everyone who should be getting a shot right now, but can’t, before opening the lines to those lower down on the commonwealth’s list.

“It’s not just the permission to go and get a vaccine, it’s that we want to get them vaccinated,” Beam said. “To the extent that there are forthcoming investments from the federal government, meaning more supply, or new vaccines, we can have those discussions but we want to make sure we don’t set up a false premise.”

Data from the Centers for Disease Control and Prevention show Pennsylvania has gotten nearly 3.5 million vaccine doses, and so far has administered around 2.4 million first and second doses combined.

“There certainly is a shortage,” Lawrence said. “I’m not trying to say there isn’t. But…that’s not a shortage problem. That’s a logistics problem, and you’re in charge of logistics for vaccines in Pennsylvania.”

Beam answered by saying many of those extra shots are being held for those who have only gotten their first of two doses of the Pfizer or Moderna vaccine. Each requires between a three and four week spacing between shots, according to the Food and Drug Administration.

“Just getting a first dose and then having to scramble for the second dose is something that really puts Pennsylvanians at risk,” Beam said.

Rep. Meghan Schroeder (R-Bucks County) argued that grouping together four million Pennsylvanias into Phase 1a may have led to the supply imbalance.

“You [Sec. Beam] are the one saying that we have a limited supply, but then you put a bunch of individuals into one phase where we don’t have enough to vaccinate those people,” Schroeder said. “So you set this expectation that has failed the people of Pennsylvania.”

As for its actual budget request, the Department of Health is asking for about a $12.7 million increase in state funding, mostly to support several local health departments and state health care centers. Beam said the state should be prepared to broadly invest in the department’s programming post-pandemic.

“We know that what is on the other side of that vaccine is not going to be like what we left as far as a society in 2019, and we are going to have to be able to have the support systems for our society to be able to cope with something that will be new,” she said.

Pa. Republican lawmakers and the U.S. Capitol attack
As part of WITF’s commitment to standing with facts, and because the Jan. 6 attack on the U.S. Capitol was an attempt to overthrow representative democracy in America, we are marking elected officials’ connections to the insurrection. Read more about this commitment.
Rep. Owlett supported Donald Trump’s 2020 election-fraud lie by signing a letter urging members of Congress to object to Pennsylvania’s electoral votes going to Joe Biden, despite no evidence that would call that result into question.
The election-fraud lie led to the attack on the Capitol.

A Pa. man called his ex a 'moron' by text while storming the Capitol. She turned him in