(Philadelphia) — Philadelphia opened on Tuesday its first city-run mass COVID-19 vaccination site for eligible residents in Phase 1B. The clinic at North Philly’s Martin Luther King Jr. Older Adult Center is one of three opening this week with the aim of making the vaccines easy to access in traditionally underserved neighborhoods.

“There’s been this discussion about these large-scale facilities, and that’s all great — drive-throughs, Convention Center — but the people live here,” said City Council President Darrell Clarke.

The first woman in line was 99 years old and had been coming to the center for 43 years, said Philadelphia Health Commissioner Dr. Thomas Farley. 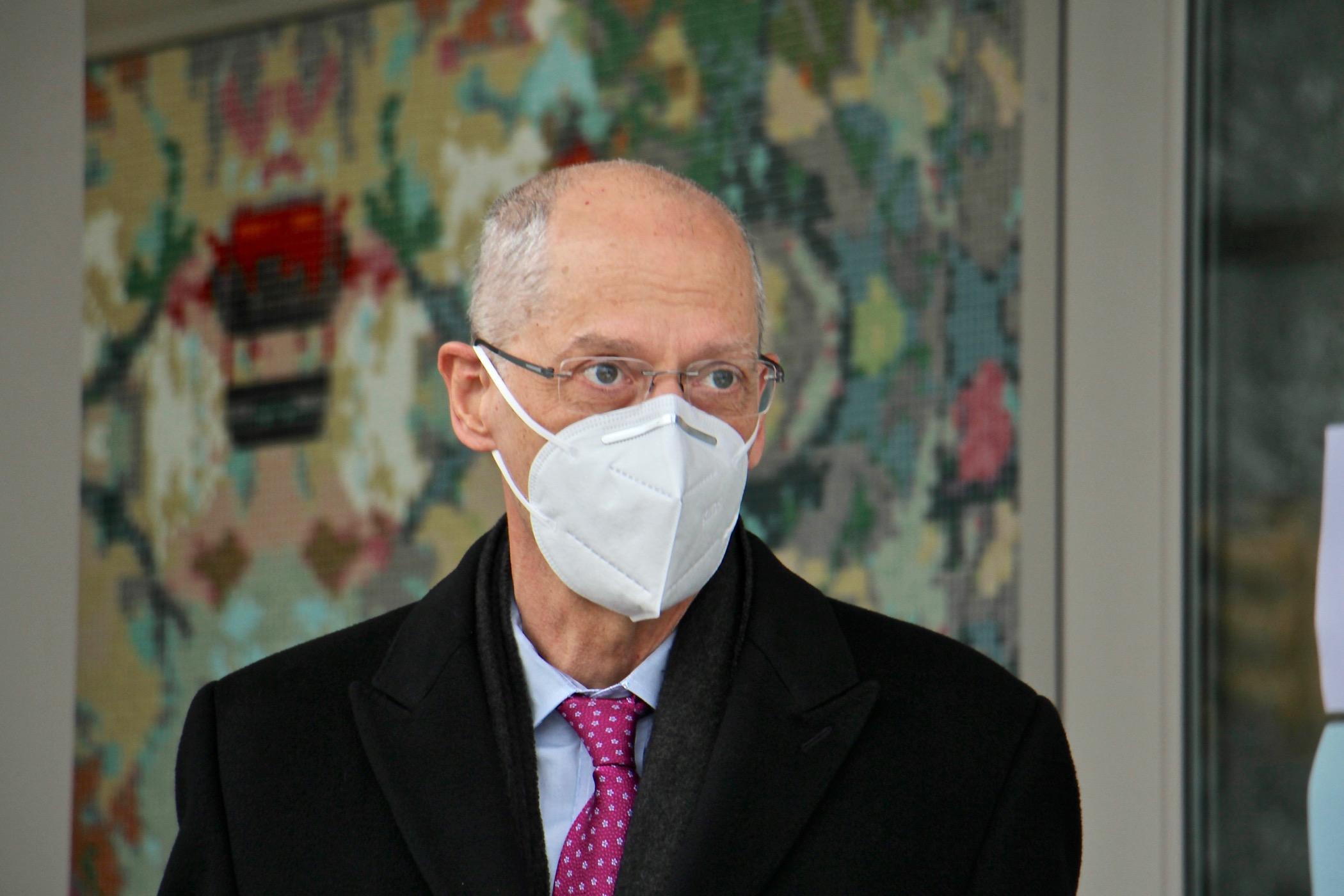 “We’re making this available at her center to protect her and she’s clearly medically vulnerable, and that’s the sort of people we want to vaccinate here today,” Farley said.

Still, it was easy to find people from other parts of the city in line.

The clinics are by invitation only — based on the city’s vaccine interest form — and are prioritizing people 75 and older and those with high-risk medical conditions. Health Department spokesperson James Garrow said that appointment links are sent to people in the neighborhood who qualify, but that sometimes residents forward registration links to others who meet the criteria and live in the city.

Hector Martinez, 63, lives in the area and was glad his wait was over. He isn’t very computer-savvy and had to rely on his daughter to navigate the registration process for him. Martinez said the trouble was worth it for the added layer of security the vaccine would provide. 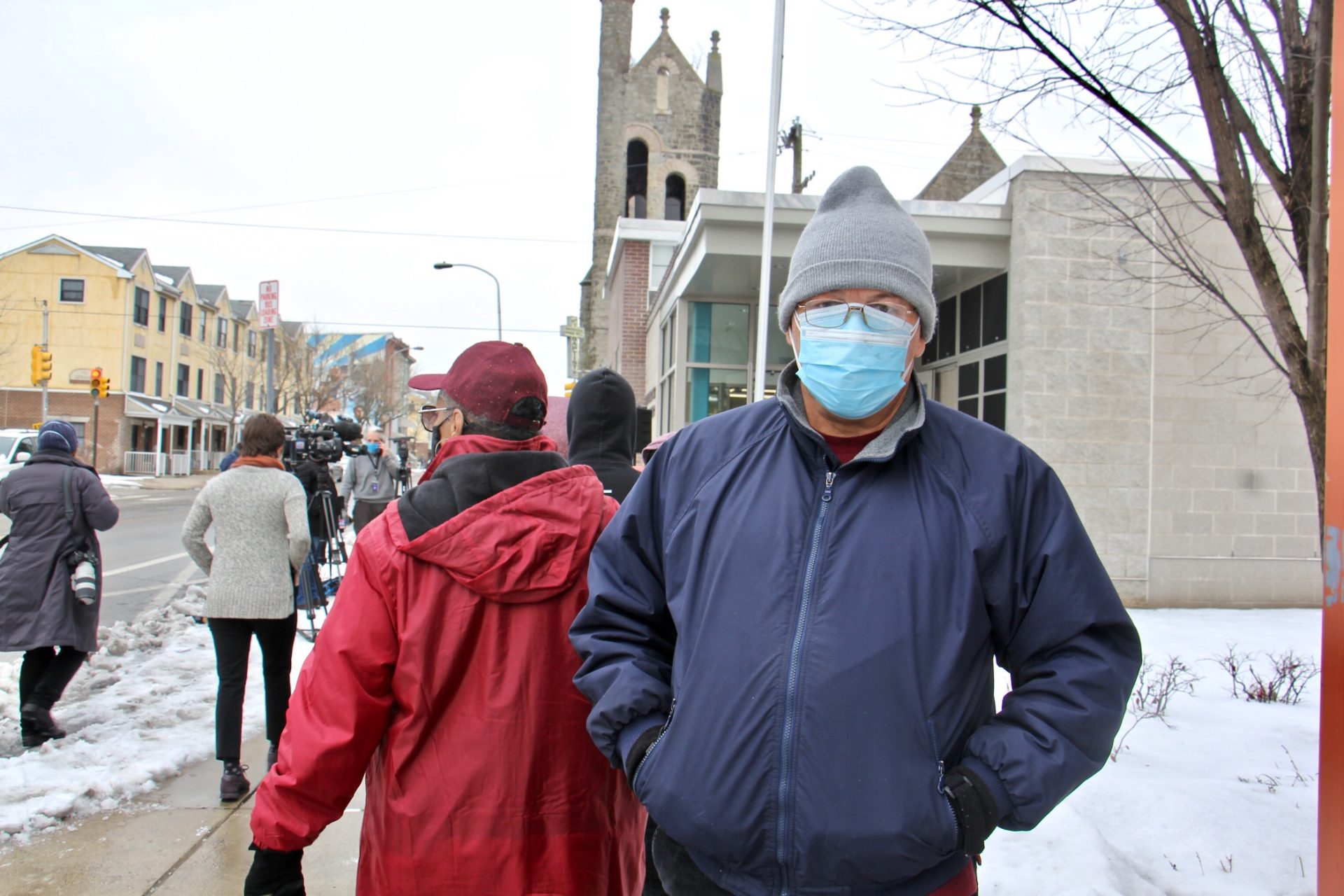 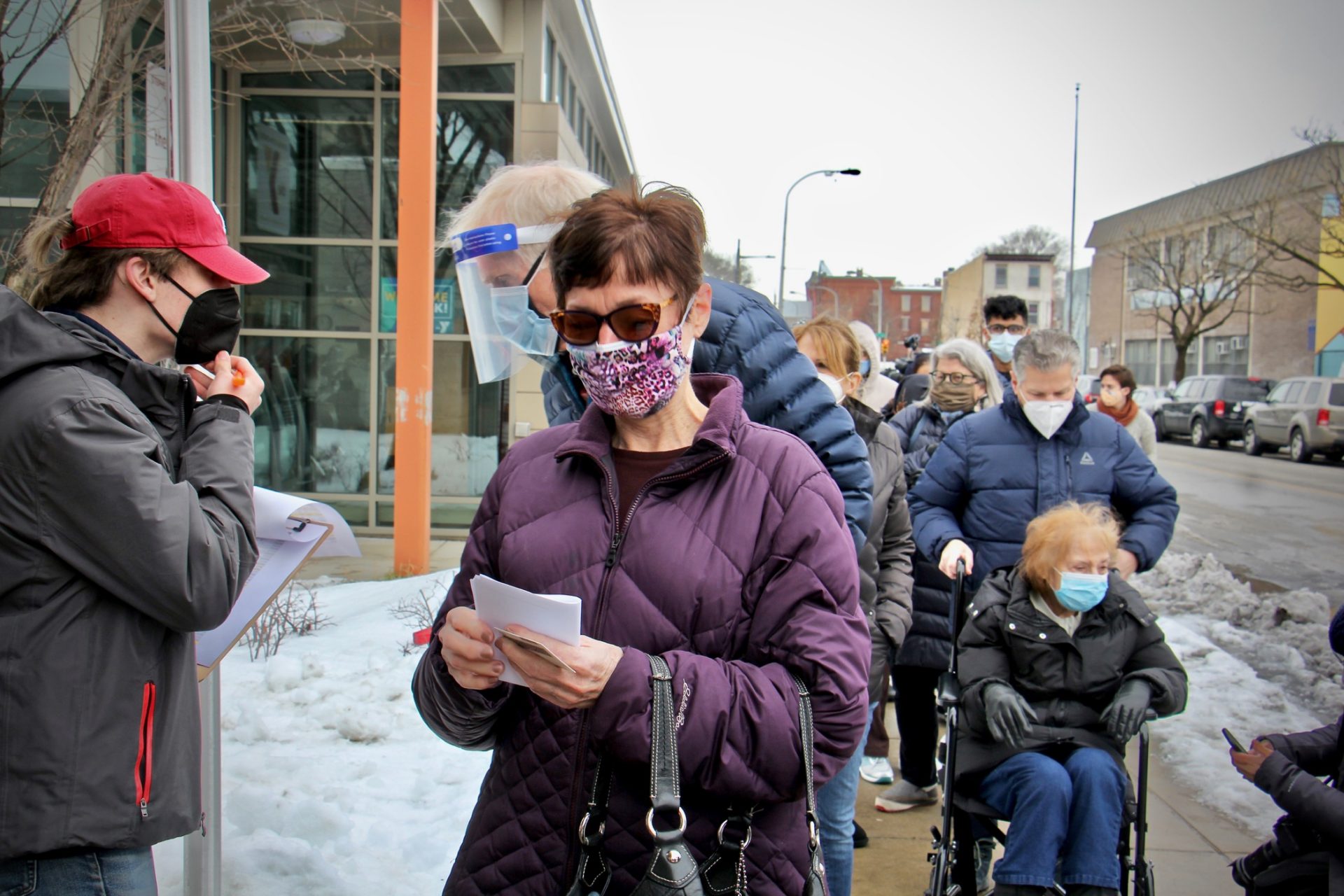 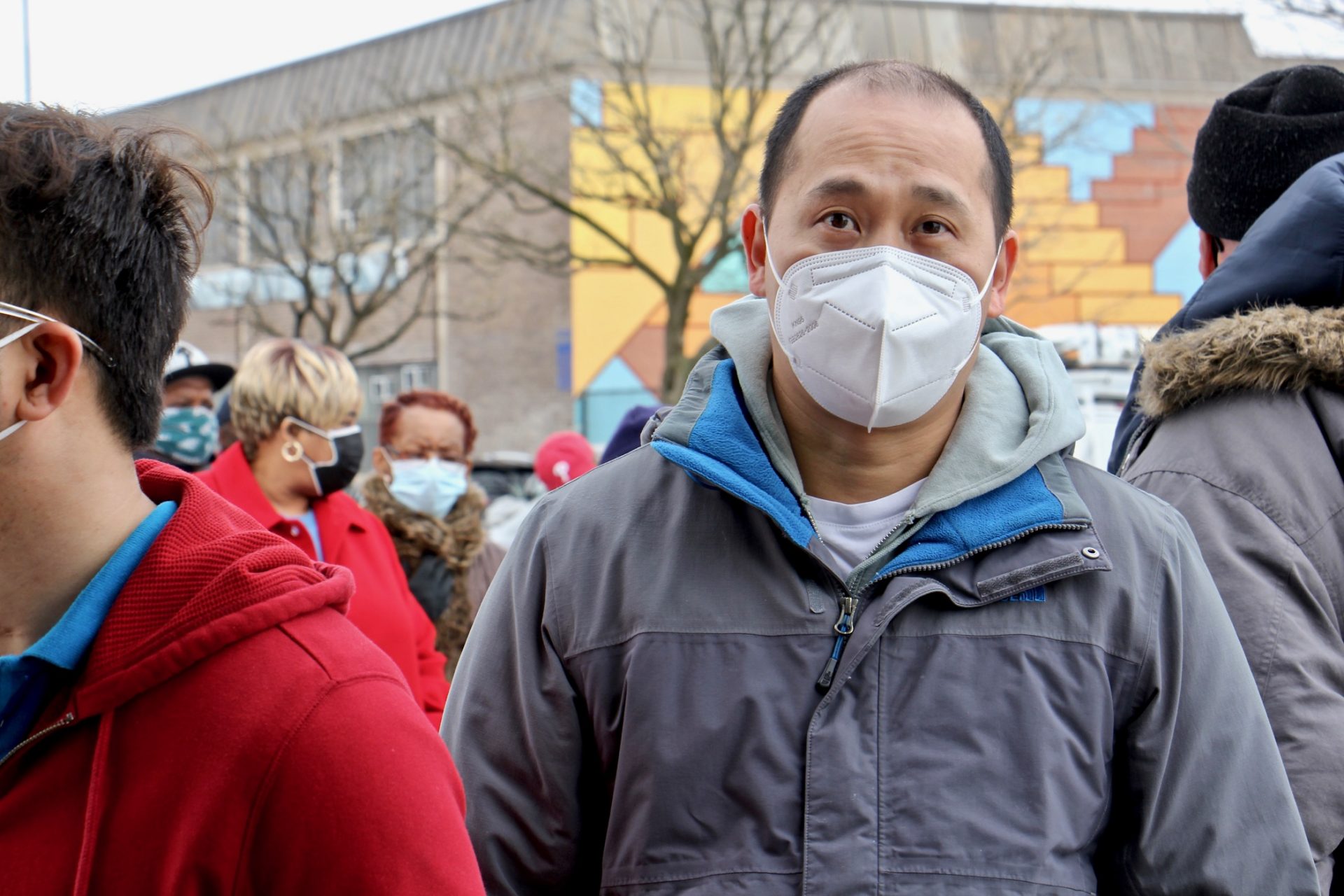 “We’re holding up, but everywhere we go it’s like double-mask, cleaning doorknobs, and all kinds of stuff,” Martinez said of the past year. “Basically, we go to the store, get what we need, and come back home.”

Once the clinics are at full operating capacity, the city plans to inoculate 500 people per day open at each location, twice a week. At full capacity, the clinics should be processing 3,000 residents a week. Farley said the plan is to continue vaccinating people through the clinics until the need is gone.

Each clinic will use one day to give first doses and reserve the second day to deliver final booster shots.

The other two locations are the Community Academy of Philadelphia Charter School in Harrowgate and the University of the Sciences in West Philadelphia. Additional locations are being considered, but there are no set plans to add clinics in specific neighborhoods at this time, according to Farley.

At the adult center Tuesday, 256 Philadelphians are expected to be inoculated by 4 p.m.

Chuong Doan, 38, waited in line with his brother-in-law, not letting himself get too excited until it was time to roll up his sleeve. Doan works with seniors and has some health concerns of his own, he said, and finding a vaccine appointment had been nothing short of an odyssey.

“[The city] didn’t have it together, they have the vaccines in hand, but too much political nonsense … they’re sitting around arguing about how they can distribute vaccines while people are dying,” he said, referring to a recent political battle over whether Lincoln Financial Field should be used as a mass vaccination site.

Doan said he’d tried scheduling appointments through at least 10 different venues, refreshing registration pages “almost every hour” with no success until he heard from the city.

He said reports of vaccines going to waste or healthy people jumping the line made him distrust the process and how the local and federal governments are managing inoculation. That’s something Philadelphia hopes to address with these clinics.