The $1 billion plan to close the gap between growing and shrinking Pa. school districts

Gov. Tom Wolf’s idea relies on a hefty tax increase on high earners, which will be a nearly impossible sell to the legislature and many in the public.

(Harrisburg) — When Pennsylvania passed a new formula to distribute money for public schools in 2016, it was hailed as a major step toward equity and away from an arbitrary system built on decades-old enrollment data.

“Prior to today, Pennsylvania was one of only three states in the nation without a fair funding formula,” Gov. Tom Wolf said at the time. “We still have a lot of work to do in order to restore funding, but we are now closer to resolving the inequity in Pennsylvania’s school funding distribution.”

But nearly five years later, many of the disparities it aimed to address remain.

Part of the issue: Only a fraction of state education funding actually goes through the formula, designed to help poor and underfunded districts. Most of the public school subsidy is distributed using an approach called “hold harmless,” which guarantees districts never lose state funding regardless of enrollment changes. 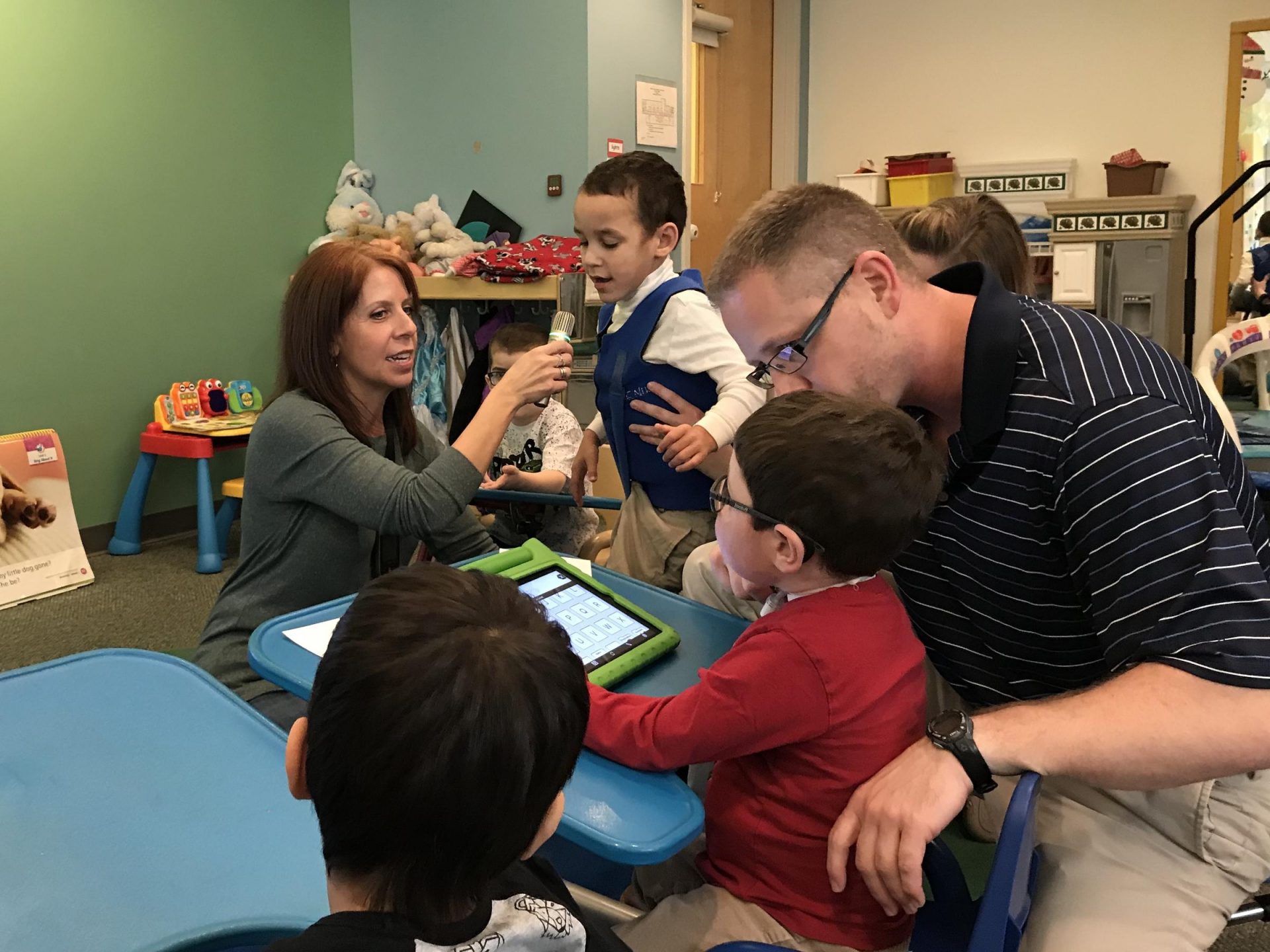 Teachers at the Western Pennsylvania School for Blind Children lead a class in identifying words that start with the letter “B.”

An average shrinking district saw funding increase by $3,200 per student over the past three decades, according to a January report from Public Citizens for Children and Youth, a nonprofit led by a member of former Gov. Ed Rendell’s cabinet. Per-pupil funding in an average expanding district, meanwhile, has grown by just $1,000.

More than 80% of the state’s Black, Hispanic, or Latinx students attend growing school districts, according to the report.

But the hold harmless policy is not solely to blame for the inequities in the state’s system. Pennsylvania ranks 47th in the nation for the share of K-12 public education funding that comes from the state, a path that began after the state stopped reimbursing school districts for 50% of their costs in the 1980s.

Advocates for public education championed the move, but it’s a bridge that would rely on a hefty tax increase on high earners — a nearly impossible sell to many in the legislature, who say households are already hamstrung by increasing property taxes to pay for their schools.

The fair funding formula determines a district’s share of state dollars based on factors like enrollment, students learning English or experiencing poverty, and median household income. But just 11% of the state’s $6.2 billion education budget went through the formula in fiscal year 2019-20.

Wolf now wants to distribute a record $6.4 billion through the formula, while also spending $1.15 billion more to ensure no school district loses funding.

That new money would come from raising the state’s personal income tax rate, which currently is 3.07%, to 4.49%. According to the Wolf administration, only the top one-third of earners would pay more, because the proposal expands exemptions and tax forgiveness.

“When you run the existing money through the formula, it creates a situation where some districts are large losers,” said Greg Thall, a budget specialist for the Wolf administration. “The governor doesn’t believe that any district should lose revenue.”

Wolf’s plan requires buy-in from Republicans who control the General Assembly. GOP lawmakers in key committee positions told Spotlight PA they agree that more money should go through the formula — though there’s a difference of opinion on exactly how much — but oppose Wolf’s pitch to raise taxes in order to prevent any school district from losing state dollars.

The hold harmless policy, first implemented in 1992, locked in enrollment numbers that in the decades since have greatly changed in some areas — and disproportionately harmed students of color in growing urban districts.

That, in turn, puts the burden on municipalities to raise property taxes. York City, a district with a high poverty rate, “would have to nearly triple its property tax rate to make up for its state funding shortfall,” according to the Public Citizens for Children and Youth report.

“If you’re getting less funding from the state than you should, that means you probably have to put in more for property taxes than you should have to,” Sen. Scott Martin (R., Lancaster), chair of the Senate Education Committee, said.

Donna Cooper, executive director of Public Citizens For Children and Youth, said growing districts are “just waiting for their shot because we keep pouring money into these other districts.” Her organization’s analysis found that shrinking districts receive $590 million for students they no longer educate.

Still, Cooper said she isn’t in favor of eliminating hold harmless without supporting low-wealth, rural districts that have benefitted from the policy.

Those students “really need an awful lot of educational input to be able to get to college and succeed, and maybe sadly have to move away from their communities because there aren’t jobs there,” she said.

Wolf’s $1.15 billion pitch shows just how much these shrinking districts stand to lose. One quarter have poverty rates of 20% or more and would lose $332 million, according to the nonprofit’s report.

There are other ways to make public school funding more equitable, Cooper said, without harming rural districts “with no tax base.” But any approach would require the state to increase funding — and that money has to come from somewhere.

Rep. Curt Sonney (R., Erie), chair of the House Education Committee, brushed off Wolf’s plan to raise the personal income tax and said the current approach works over time. The issue, he said, is how school districts use their funds.

“A large part of the problems that districts face are quite frankly from bad decisions being made somewhere along the line, not necessarily amongst those today, but it could have been bad decisions 20 years ago,” said Sonney, whose school districts would lose money if hold harmless was eliminated.

Martin, of Lancaster County, represents districts that would both benefit and lose money, but he favors eliminating the provision wholesale, as it keeps the funding model “out of whack.”