The party is expected to talk about censuring Toomey for his vote, which made him one of seven Republicans who voted to convict Trump of “incitement of insurrection.”

County party chairs said the state GOP chairman, Lawrence Tabas, emailed them shortly after Saturday’s impeachment vote to tell them that a meeting is being planned to discuss the Senate’s action.

That meeting is expected to involve a discussion about censuring Toomey for his vote, which made him one of seven Republicans who voted to convict Trump of “incitement of insurrection.”

Tabas did not return messages Monday, but a number of county parties in the presidential battleground state have already moved to censure Toomey, even before Saturday’s vote.

A resolution to censure Toomey came up for discussion at the state party’s leadership committee meeting on Feb. 6, weeks after Toomey had said Trump committed “impeachable offenses” in the Jan. 6 insurrection at the U.S. Capitol. They decided against bringing it to a vote by the full state committee after speaking with Toomey about it, county party chairs said. 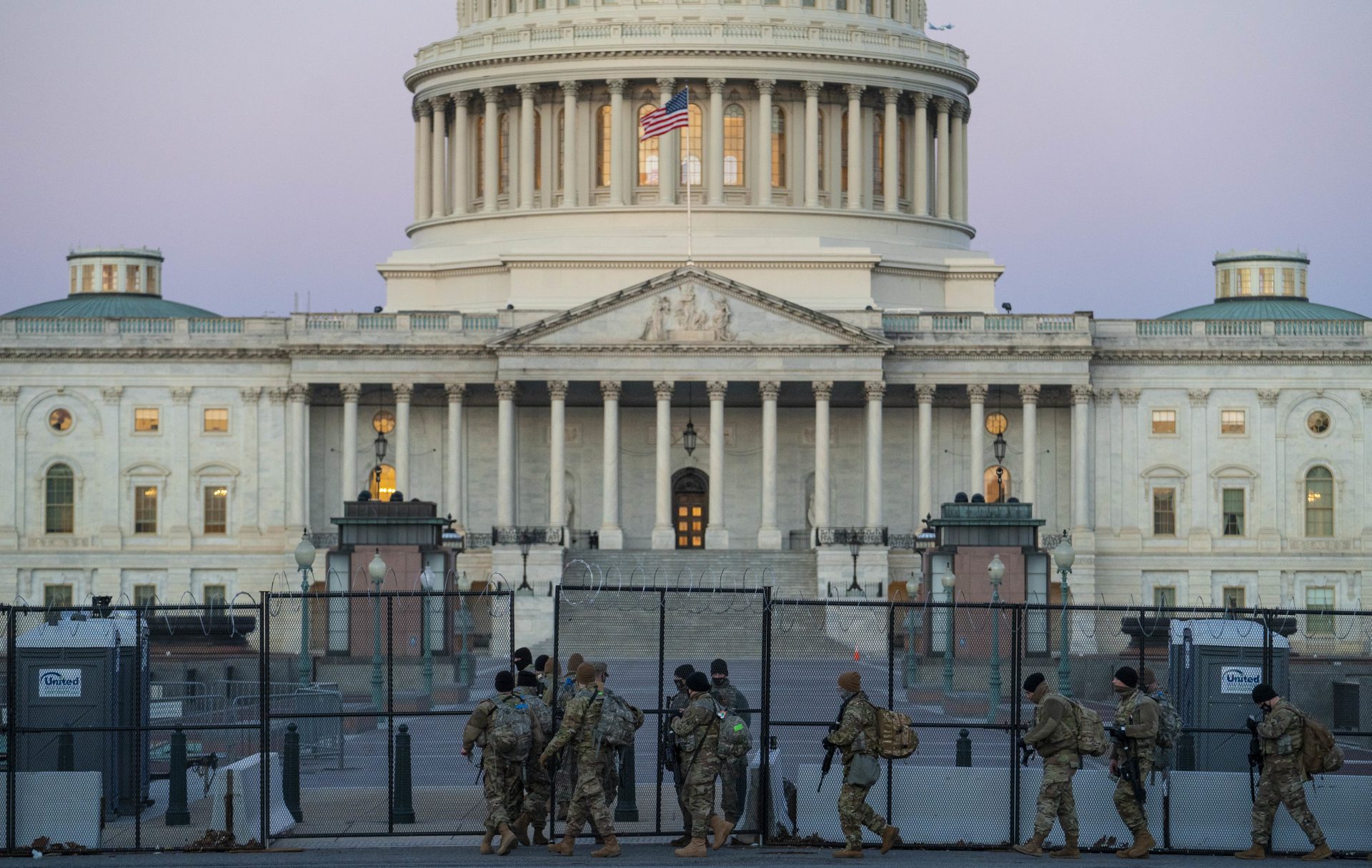 Members of the National Guard walk beside barbed wire fencing on U.S. Capitol grounds at sunrise on Monday ahead of Tuesday’s Senate impeachment trial.

Toomey — who is not running for re-election in 2022 — last Tuesday voted to back the constitutionality of the impeachment trial before voting to convict. Toomey’s aides did not comment directly on the backlash growing against Toomey, but pointed back to his comments about his vote.

In his comments, Toomey excoriated Trump for a “dishonest, systematic” effort to convince supporters that he had won the election, pressuring state and local officials to reverse the election outcome and, ultimately, summoning thousands of supporters to Washington, D.C., where he “inflamed their passions by repeating disproven allegations about widespread fraud.”

“He urged the mob to march on the Capitol for the explicit purpose of preventing Congress and the vice president from formally certifying the results of the presidential election,” Toomey said.

Toomey was the only Republican from Pennsylvania to vote in favor of impeaching Trump. Ultimately, Trump was acquitted of the charge because the 57-43 vote fell short of the two-thirds majority needed for conviction.

Some Republican county chairs believe a couple of dozen or two county parties have voted to censure Toomey, and more are moving in that direction.

Toomey never seemed to entirely warm to Trump, and that played into some of the frustration over his vote to impeach.

York County’s Republican Party voted to censure Toomey on Saturday, and the resolution’s sponsor, state Rep. Dawn Keefer, said the county party “has reached the limits of its frustration” with Toomey, complaining that Toomey “sat silently” as Democrats attacked Trump for four years. 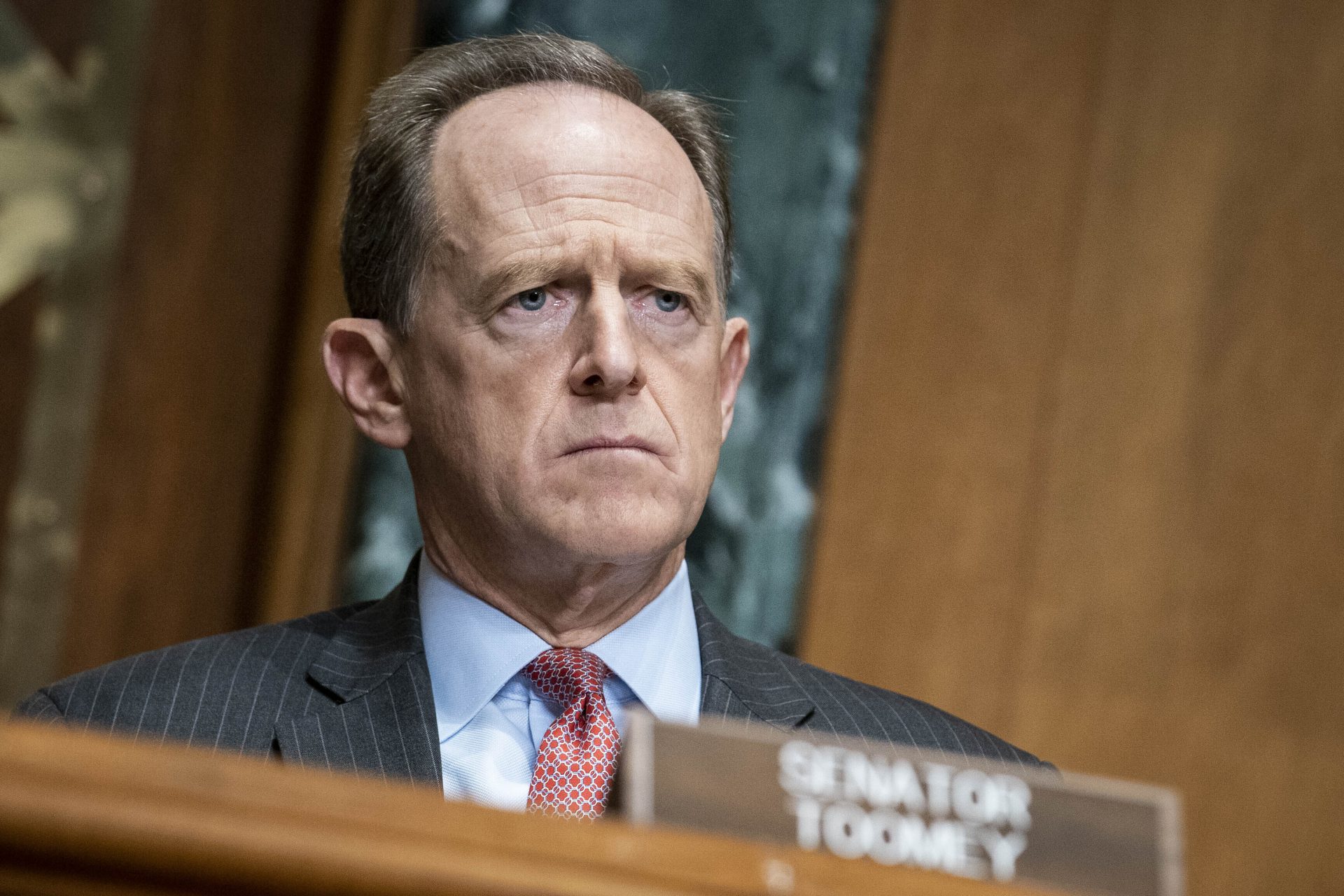 Lawrence County’s GOP voted to censure Toomey even before the trial, based on criticism of Trump’s actions on Jan. 6. The county party chairman, Gale E. Measel Jr., characterized it as a reaction to Toomey “not standing up for fellow Republicans.”

Still, Ball also said a state party censure of Toomey would be counterproductive, when the state party could be putting its energy into winning future election contests.

“As far as we’re concerned, his political career is over in this state, even if he were to try to run again,” Ball said. “His legacy is tarnished beyond repair. I don’t know exactly how you punish someone further and does it serve a purpose.”