‘No regrets’: House managers defend their decision not to call witnesses

Democratic Senator Chris Coons said he favors a Sept. 11-style commission to probe further into Trump's actions leading up to and on the day of the Capitol attack.

(Washington) — Following former President Donald Trump’s second acquittal in an impeachment trial, House Democratic managers are defending their decision not to forge ahead with seeking witnesses to help make their case.

A surprise Senate vote on Saturday morning to allow witnesses threatened to upend the speedy trial members on both sides of the aisle were anticipating.

But after a two-hour break, House managers relented, and they and Trump’s defense team reached a deal that would prevent them from going down the prolonged path of seeking to add witnesses to the trial. Instead, they allowed a statement released Friday by Rep. Jaime Herrera Beutler, R-Wash., in which she relayed a conversation she said the House GOP leader had with Trump, to be entered into the trial record.

House impeachment managers defended that choice on Sunday, arguing that continuing the trial with witnesses wouldn’t have been strategically advantageous. 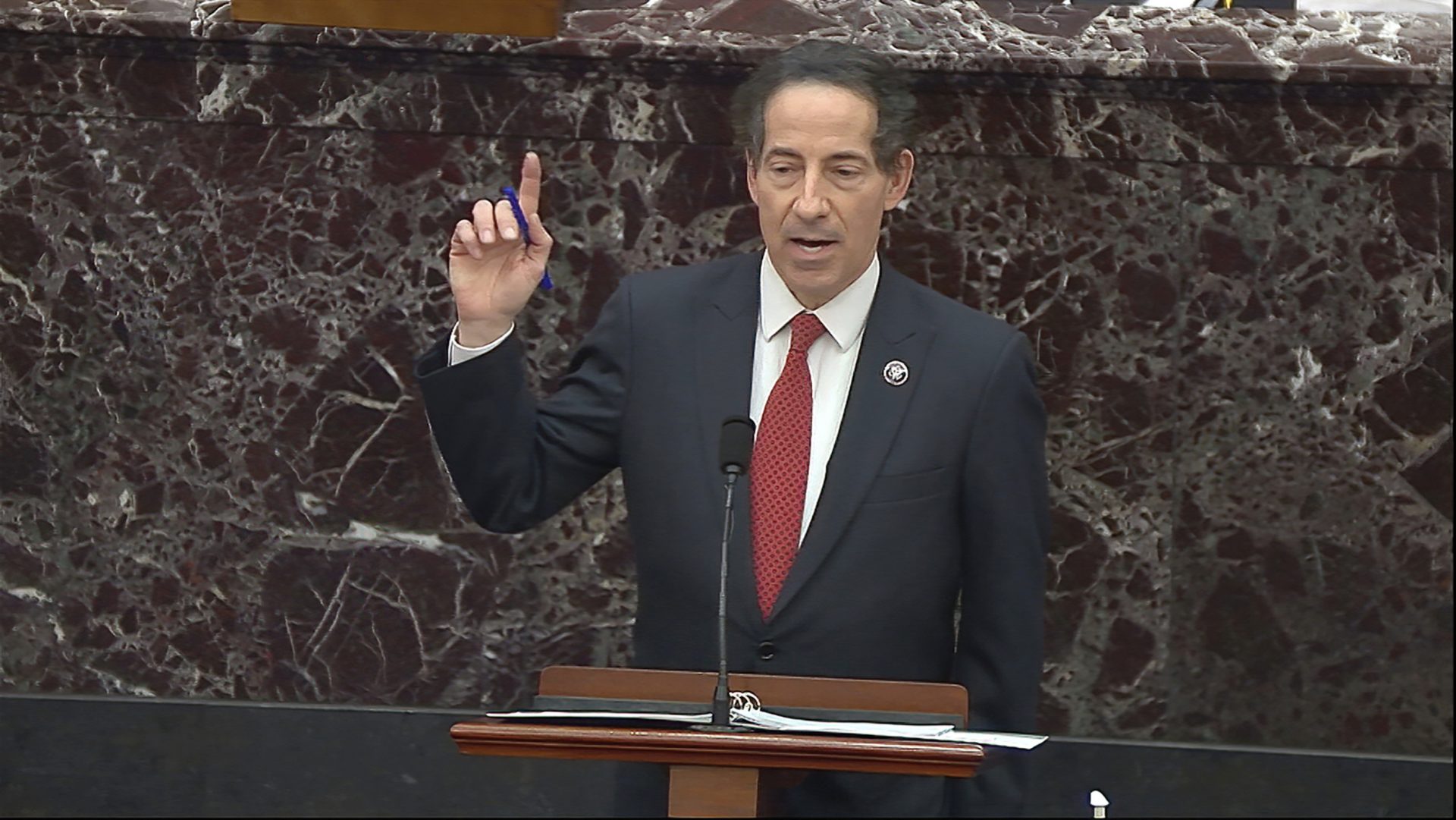 In this image from video, House impeachment manager Rep. Jamie Raskin, D-Md., speaks during the second impeachment trial of former President Donald Trump in the Senate at the U.S. Capitol in Washington, Tuesday, Feb. 9, 2021.

“We left it totally out there on the floor of the U.S. Senate, and every senator knew exactly what happened.” He added: “We could have had a thousand witnesses but that could not have overcome the kinds of silly arguments that people like McConnell and Capito were hanging their hats on.”

“I know that people have a lot of angst and they can’t believe that the Senate did what they did [in voting to acquit Trump]. But what we needed were senators, more senators with spines, not more witnesses,” Plaskett said.

Sen. Chris Coons, D-Del., a close ally of President Biden, reportedly urged House managers to relent on witnesses. He told ABC’s This Week on Sunday that spending “months fighting over witnesses” wouldn’t have been worth it.

“What the House managers needed wasn’t more witnesses or more evidence, what we all needed was more Republican courage,” he said. “This was the most bipartisan verdict in American history, a strong rebuke to President Trump, but frankly at the end of the day, the trial had reached its natural conclusion.”

Coons said he favors a Sept. 11-style commission to probe further into Trump’s actions leading up to and on the day of the Capitol attack.

“There’s still more evidence that the American people need and deserve to hear,” he said. “The 9/11 Commission is a way to make sure that we secure the Capitol going forward, and that we lay bare the record of just how responsible and how abjectly and violating of his constitutional oath President Trump really was.” 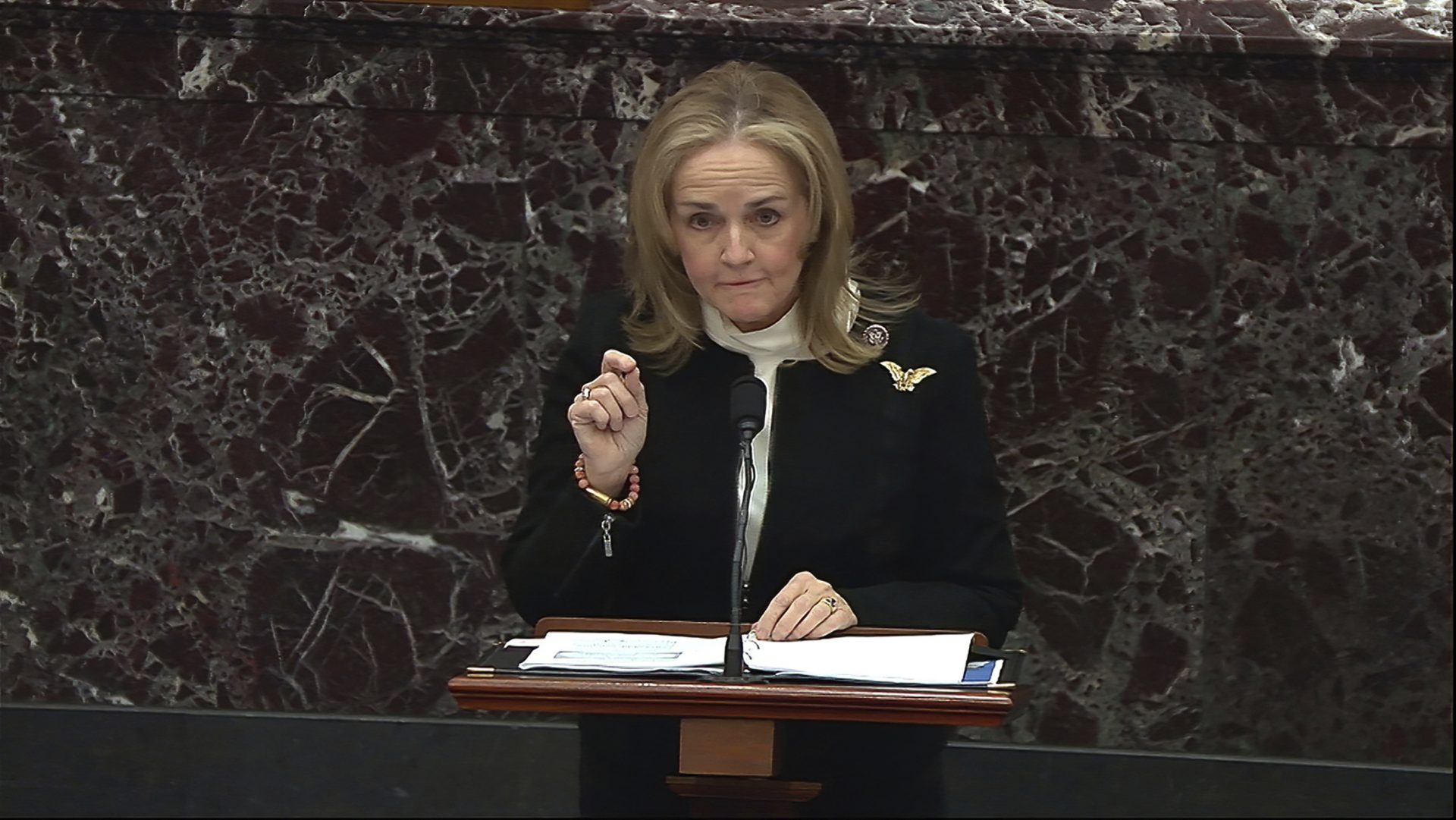 Trump’s role in the party

In a statement after the verdict, Trump said: “Our historic, patriotic and beautiful movement to Make America Great Again has only just begun.”

Sen. Lindsey Graham, R-S.C., an ally of the former president, told Fox News Sunday that he had spoken with Trump, and that he’s eager to help the GOP win the House and Senate back in 2022.

But Louisiana Sen. Bill Cassidy, who was one of seven Republicans who broke ranks with their party in voting to convict the former president, told ABC’s This Week that Trump’s “force wanes” in the GOP.

Cassidy is facing backlash in Louisiana over his vote, including the state GOP voting to unanimously censure him. But he says people want to hold their leaders accountable and that’s what his vote to convict was based on.

“I have the privilege of having the facts before me, and being able to spend several days deeply going into those facts,” he explained. “As these facts become more and more out there, if you will, and folks have a chance to look for themselves, more folks will move to where I was.”