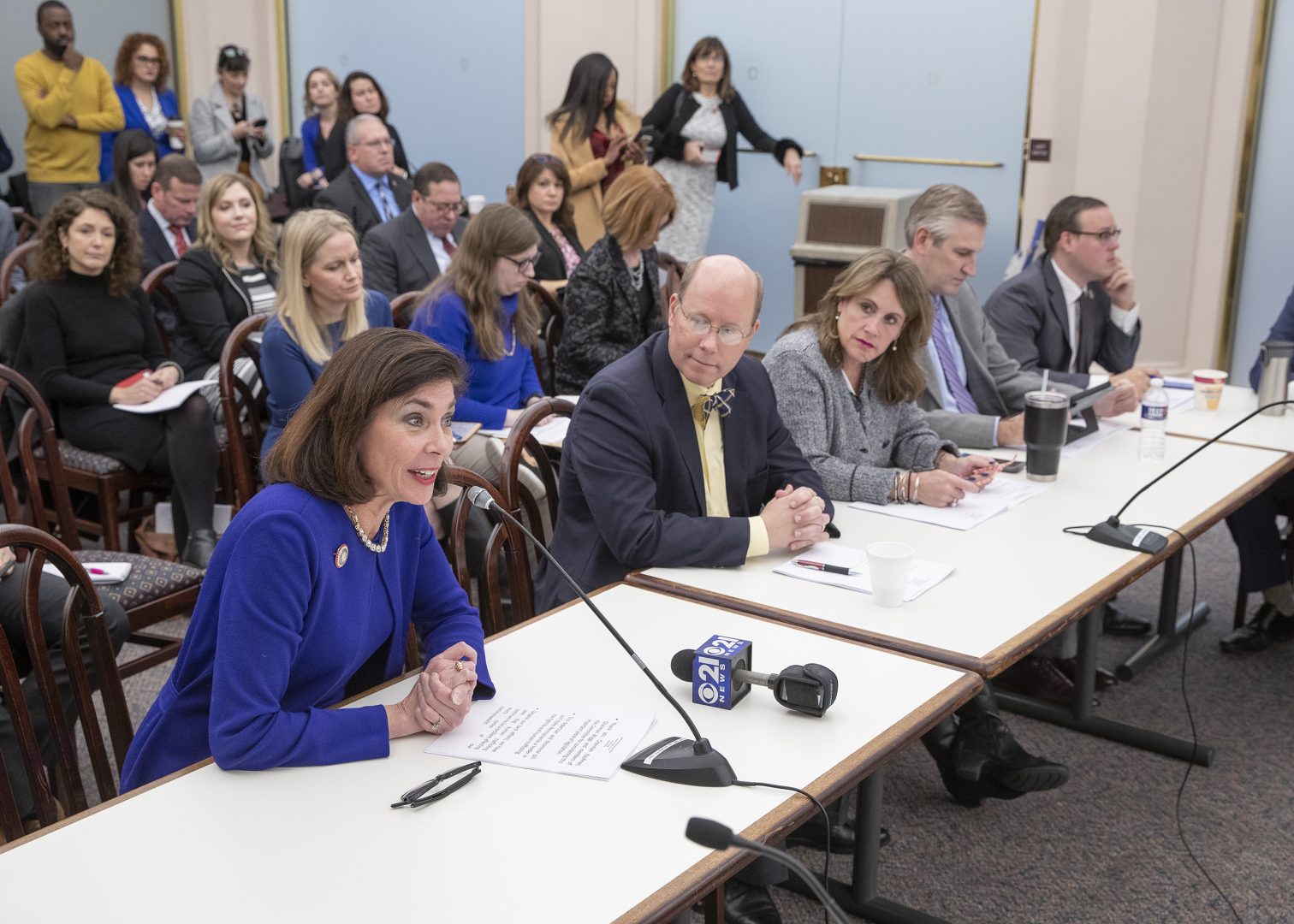 (Harrisburg) -– Republican state lawmakers are mulling changes to Pennsylvania’s election law this session. They say that effort is aimed at improving the process for the state’s upcoming contests.

But many of them backed efforts to cast doubt on and overturn the election results — even though no evidence of fraud or irregularities existed that could have affected the outcome, according to multiple federal and state officials and judges across the country.

Of 76 lawmakers WITF contacted either directly or through press offices to ask why they backed actions that could have disenfranchised millions of Pennsylvanians, two responded.

One, Rep. Doyle Heffley (R-Carbon County), said he still thinks something went wrong in Pennsylvania. The other, Rep. Paul Schemel (R-Franklin County), is now wondering whether what he believes are legitimate procedural questions in Pennsylvania were mistakenly conflated with former President Donald Trump’s false claim that the election was rigged or stolen.

In early December, 57 state representatives signed a letter asking Pennsylvania’s congressional delegation to object to the state’s Electoral College vote. An earlier letter had more signatories due to a “clerical error,” but an updated version clarified only 57 were putting their names to the effort. The following month, 19 state senators signed a different letter asking the group to delay certifying that vote.

A week after Election Day, House Speaker Bryan Cutler said the GOP majority was intent on doing what it could to look into and challenge those actions.

“We owe it to our voters to follow this through and ensure that they have confidence in the system, and if the system failed them, it needs corrected,” Cutler said. 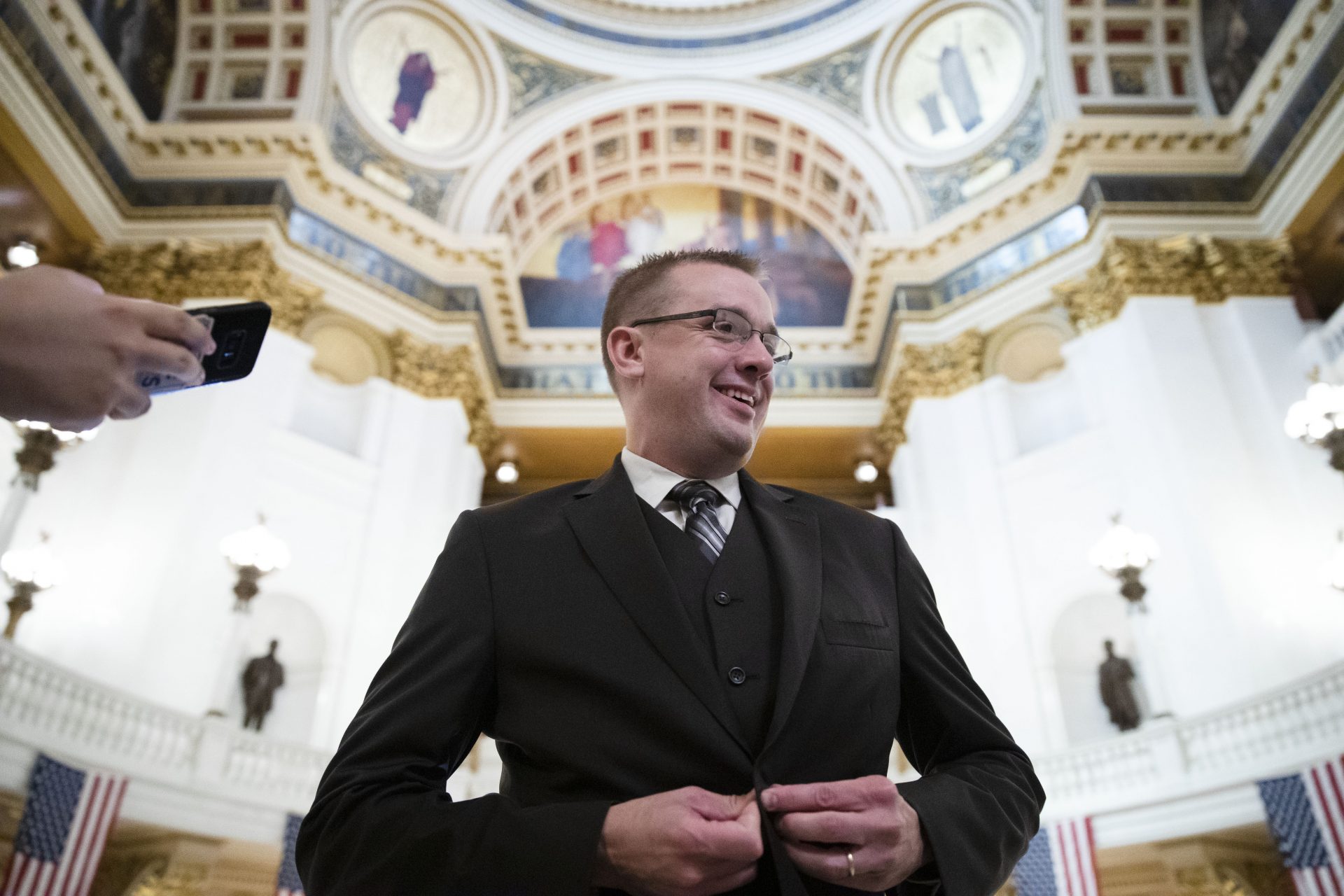 But by the time the letters were sent out, Democrat Joe Biden had won after every county had certified its vote. State and federal courts had rejected lawsuits arguing process problems, and election experts like Lisa Schaefer of the County Commissioners of Pennsylvania were touting how well the vote went amid the coronavirus pandemic.

“We had very few issues and those were just routine in nature and I think the public can be very confident and feel very good about how smooth the election went and feel confident about the results that came from it,” Schaefer said.

Yet groups of lawmakers challenged the results. Then, hours after pro-Trump extremists attacked the U.S. Capitol, nine members of Pennsylvania’s congressional delegation objected to counting their state’s electoral college votes.

Had that effort succeeded, the votes of millions of Pennsylvanians would have been invalidated.

“I chose very specifically the things I wanted to sign onto.”

Rep. Doyle Heffley has served in the legislature since 2011. Like many who signed the objection or delay letters, he believed that the state had certified a suspect result, though there was no evidence to call Pennsylvania’s results into question.

“The point I [made] by signing that letter is that something was wrong here in Pennsylvania with what the Pa. Supreme Court did,” Heffley said. “Accepting ballots three days after the established legal deadline of 8 PM? That’s not a fair and honest election.”

A few things to note here: ballots had to be postmarked by Election Day. Counties were allowed to wait for their arrival because the United States Postal Service, which had been cutting overtime and removing sorting machines, said it couldn’t guarantee a timely delivery of mail-in ballots.

Plus, federal court rulings, even one by a judge appointed by Trump, upheld the state court’s actions well before Heffley and his GOP colleagues signed the letter.

But Heffley said he called for an audit and for Attorney General Josh Shapiro to appoint an independent investigator anyway, in addition to signing the letter.

“We can’t change the outcome of an election. We don’t have any authority to do that. But the U.S. House delegation, they do have the authority to question and challenge the electors,” he said. “That’s within their constitutional authority and I think they should have. I wish we would have seen more of that.” 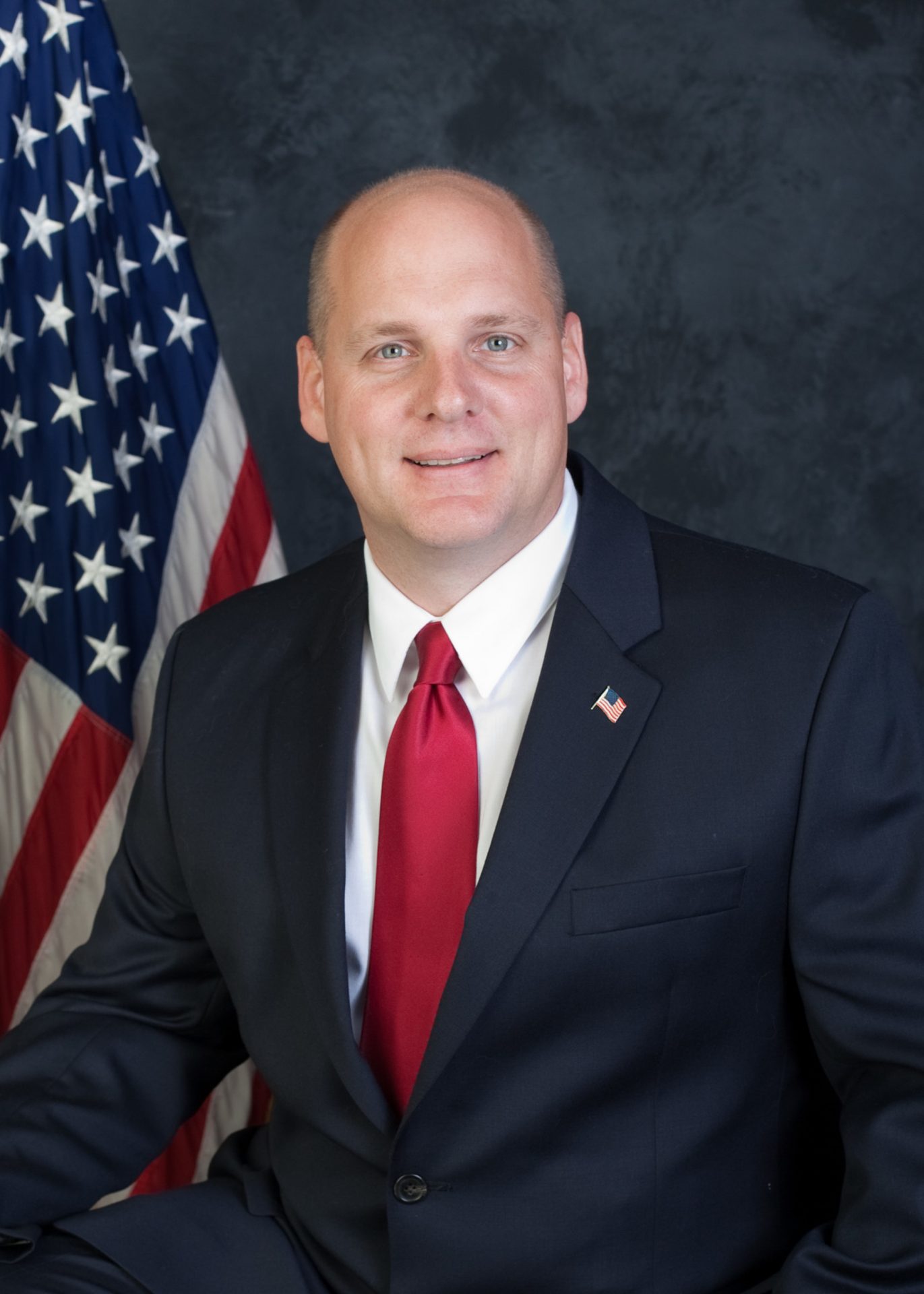 Heffley said he believed by asking for all of those things, he could help restore confidence in the election system for those who were losing it.

But fact-checking groups like Politifact report lawmakers helped create that mistrust by repeating claims about impropriety that didn’t hold up. In effect, they supported Trump’s election-fraud lie that led to the Jan. 6 insurrection at the U.S. Capitol.

Several Pennsylvanians have been criminally charged as a result.

Though Heffley said he condemns the violence that happened that day, the state representative said he doesn’t feel any responsibility for what happened.

“I think this was building for a long time because of the political rhetoric and because of actions like we’ve seen from the Pennsylvania Supreme Court.”

One other reminder: the Court — made up of justices elected by Pennsylvania voters — performed its constitutional duty by interpreting the state’s election law.

“I’ve spent a lot of time in introspection.”

Rep. Paul Schemel has served in the state House since 2015. He said he’s been reflecting a lot about the past few months, including why he signed the objection letter.

Schemel said he doesn’t believe state lawmakers contributed to the environment that led to Jan. 6. He said he told a number of constituents who called him alleging voter fraud that without proof, their claims wouldn’t hold up.

“I think to myself, ‘Are there things that I could have said that could have made that point clearer?’” he said. “But I would have never, never in my mind, imagined that we would have individuals in our country that would do the irresponsible things that occurred on January 6th.” 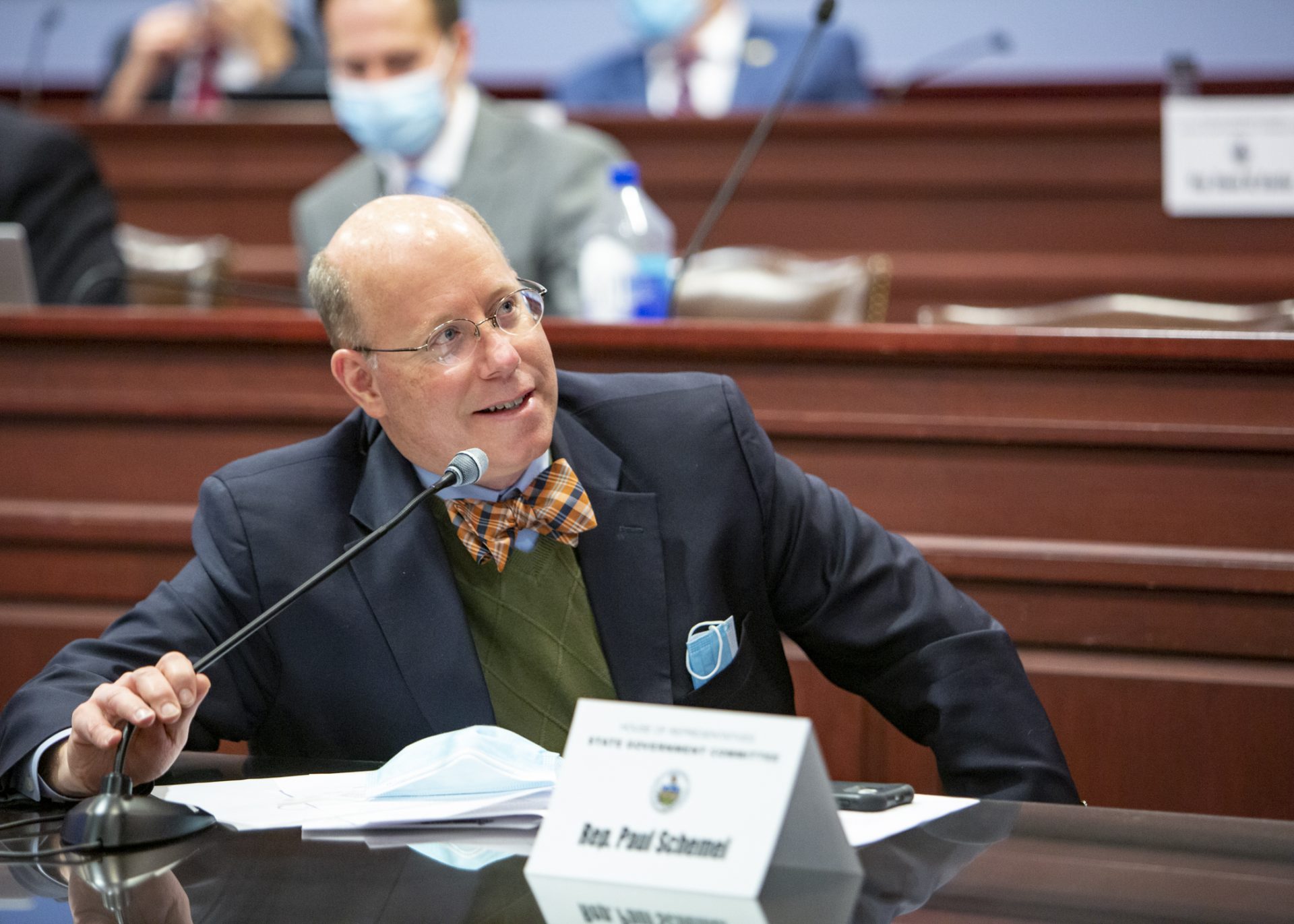 But state lawmakers were complaining about procedural problems they said led to an invalid election results, when independent authorities concluded there was no evidence to support that. Even U.S. Senator Pat Toomey, one of Pennsylvania’s most prominent Republicans, acknowledged invalidating the state’s votes over those complaints was out of line.

“Even if Congress did have the constitutional responsibility to judge the worthiness of a state’s election process, which it does not, rejecting Pennsylvania’s electoral votes would still be wildly out of proportion to the purported offenses and very damaging to our Republic,” Toomey said before the Capitol attack.

Schemel was asked if he thought mixing procedural questions that would not have affected the result, and claims that the state’s results should be overturned, was irresponsible.

“I agree that the conflation of the two is problematic. If an individual is going to consume news and they in their own minds conflate these things…to them they’re all in a line with the same mission, but maybe they aren’t,” he said.

But Schemel acknowledged, for better or worse, the state’s electoral process is fair and voters should trust it.

Northampton Community College political science professor Sam Chen has been thinking about what all of this means going forward.

He points out the commonwealth’s Republican party is already facing consequences for what happened.

“Republicans have made very good gains in the last several years, and you’re starting to see those people leave the party,” Chen said.

WESA reports more than 4,000 GOP voters became Democrats in January, and 10,000 others left the party. Popular Information reports businesses like Boeing, Microsoft and Marathon Petroleum have cut off political contributions to some state lawmakers.

“There’s a divide within the party and there’s certainly people leaving the party. I think that reckoning is coming if the GOP doesn’t figure out their identity and quickly,” Chen said.

Pa. Republican lawmakers and the U.S. Capitol attack
As part of WITF’s commitment to standing with facts, and because the Jan. 6 attack on the U.S. Capitol was an attempt to overthrow representative democracy in America, we are marking elected officials’ connections to the insurrection. Read more about this commitment.
Rep. Doyle Heffley of Carbon County and Rep. Paul Schemel of Franklin County were among the Republican state legislators who supported Donald Trump’s 2020 election-fraud lie by signing a letter urging members of Congress to object to Pennsylvania’s electoral votes going to Joe Biden. That lie led to the attack on the Capitol.
Heffley has defended his action. Schemel now says voters can trust the state’s electoral system, but he does not disavow the claims made in the letter.

Robin Kolody, a political science professor at Temple University, said that identity crisis is showing. Republican lawmakers are wrestling with whether to hold fast to Trump and his political brand as the consequences for the Jan. 6 attack, and all that led up to it, continue to mount.

According to Reuters, some are even discussing breaking away to make a new party.

“To be honest with you, I don’t really get what the long game is,” Kolody said. “I foresee a not-so-good future for the Republican party. I think that this is a time when their moderate wing and their far-right wing are going to have to reconcile or they’ll have to divorce.”

It’s not likely any of the 76 lawmakers who signed letters contesting the 2020 election will face consequences at home. Chen says most are from districts that strongly backed President Trump, who spearheaded this whole effort to begin with.

At least two legislative panels have dedicated themselves to studying election processes and “making them better.” One is the House State Government committee, chaired by Rep. Seth Grove (R-York County). The other is a bipartisan special committee appointed by Senate President pro tempore Jake Corman.

Some lawmakers on those committees want to tighten the rules for future elections and have even moved forward with an idea to require judges to be elected by district instead of statewide. That would impact the state Supreme Court and could tip the balance of power in favor of the GOP.

But Sam Chen said despite the group’s efforts to move past what happened after the 2020 election, one thing remains unavoidable.

“It is the height of hypocrisy here to object to an election in your state that you won,” Chen said.

The following state lawmakers either declined WITF’s interview request or were unable to be reached directly:

‘If not for Donald Trump’: Pa. Congresswoman Madeleine Dean links riot to ‘actions of a desperate president’