Black babies are twice as likely to be born preterm. CHOP doctors are using COVID-19 to explore why

(Philadelphia) — Heather Burris remembers growing up in a small, predominantly Black suburb on the north end of Hartford, Connecticut. Burris would go on to pursue a career in medicine, but she said her early experiences as a white girl in her hometown had an immense impact on her life’s trajectory.

“Within my small micro-community, I was a minority and was able to see the world in more of a racialized lens,” said Dr. Burris. “And so when I came into medicine [and] I would see the sort of over-representation of Black infants in the neonatal intensive care unit, I started asking questions why.” 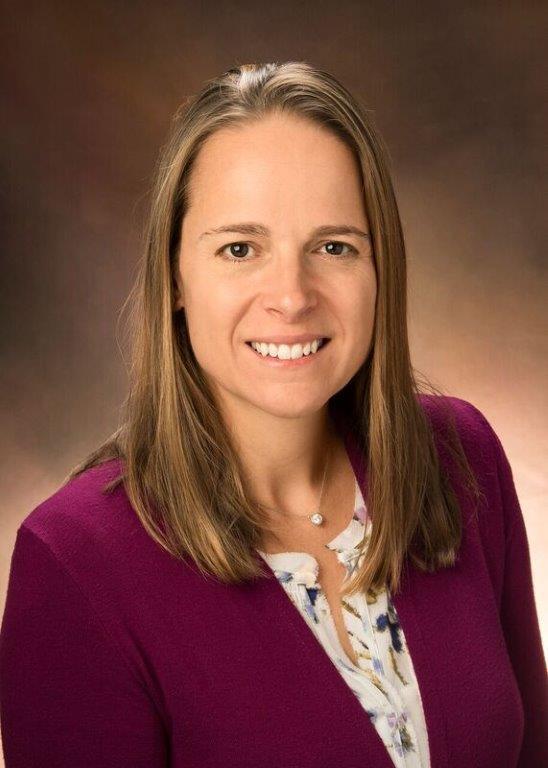 Dr. Heather H. Burris, MD, an attending neonatologist at CHOP and co-lead investigator of the research. (Photograph courtesy of Children’s Hospital of Philadelphia)

Burris, who’s an attending neonatologist at Children’s Hospital of Philadelphia and an assistant professor of pediatrics at the University of Pennsylvania, has dedicated her career to studying preterm birth disparities, and exploring how different social, physical, and environmental factors are responsible for the differences seen in birth outcomes across different racial and ethnic groups.

According to the most recent datafrom the Centers for Disease Control and Prevention, the overall preterm birth rate for non-Hispanic white women is 9.1%. But among non-Hispanic Black women that rate is 14.1%.

“So there [is] about a 50% increased risk of delivering preterm among Black women compared to white women,” Burris said.

Recently, she and other researchers at CHOP have formed a new consortium that will study the effects of the COVID-19 pandemic on preterm birth and prenatal care, funded by $300,000 in grants from the Independence Blue Cross Foundation, Highmark Blue Cross Blue Shield Delaware’s donor-advised fund, and BluePrints for the Community.

“The COVID-19 pandemic has led to profound changes in the way prenatal care is being delivered and utilized, on top of changes to the way pregnant women lead their everyday lives,” said Burris, co-lead investigator of the research. “This funding will allow us to explore the effect these shifts are having on preterm birth and perinatal care and whether those effects vary by socioeconomic or demographic groups.”

We say: ‘What is wrong with that population?’

“There are so many reasons that a baby could be born preterm: Some pregnant people will have their water break early,” Burris said. “Sometimes, there is a concern that’s identified in utero, perhaps a fetus isn’t growing well or the pregnant [person] gets sick and needs to be delivered early.”

In the first two examples — where the water breaks or when there is preterm labor and the baby is going to come, no matter what a health care provider does or says — that is considered spontaneous preterm birth. On the flip side, there is medically indicated preterm birth, in which a decision is made by a provider to start labor. Usually this happens when the risks of staying pregnant outweigh the benefits of staying pregnant. 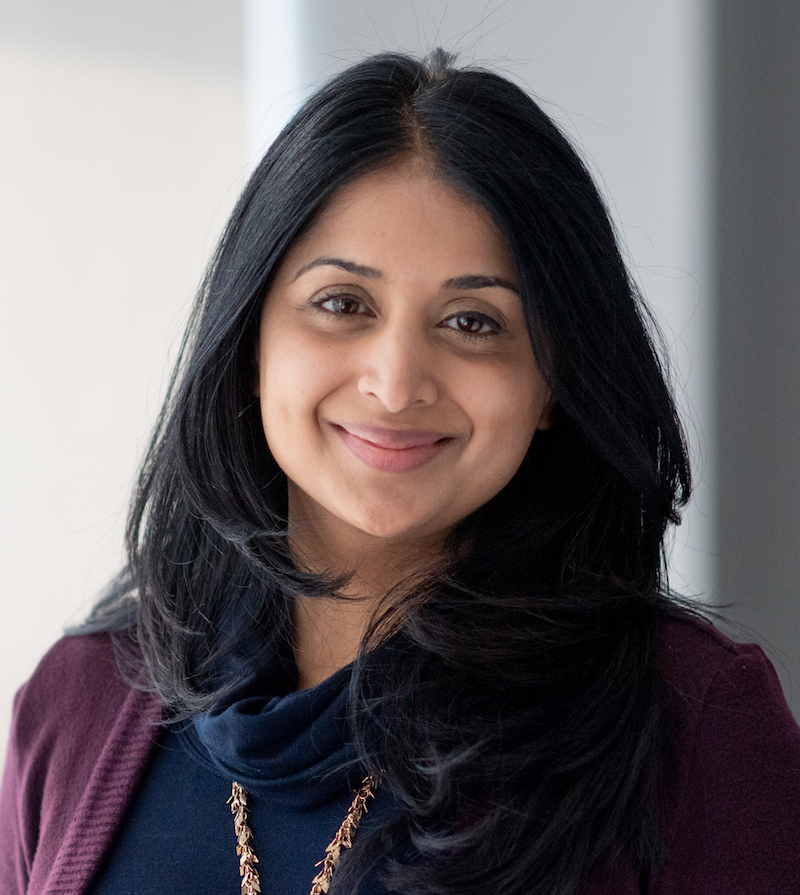 Jaya Aysola, MD, DTMH, MPH, is an Assistant Professor of Medicine and Pediatrics at the Perelman School of Medicine(Photograph courtesy of Jaya Aysola)

For a long time, there has been a push from scientists and medical researchers to identify things that individuals could do to improve the chances of a healthy birth outcome. And this is true for other health conditions as well. Burris said the message has typically been that individual choices like which foods we eat or which exercises we do contribute to the majority of our health outcomes. But research shows that even when you control for all those behavioral factors across groups, you still see the large racial disparity.

Dr. Jaya Aysola is an assistant professor of pediatrics and medicine at Penn’s Perelman School of Medicine and executive director of Penn Medicine’s Center for Health Equity Advancement, where she and her team focus on bringing the science of equity to daily health care operations. She said understanding of the factors that set the stage for racial and ethnic disparities is fundamentally flawed.

“We take a population deficit lens and [ask] what is wrong with that population,” Aysola said. “We attribute disproportionate burdens of disease among certain populations to unfortunate circumstances, genetic predisposition, or personal agency or lack thereof. But after decades of research in the social sciences we know that not to be true.”

Aysola and Burris added that there are structural policies, historical and social and environmental factors that set the stage for certain groups to have a disproportionate burden of disease. And when it comes to preterm birth rate disparities, there are a myriad of factors that individuals cannot control.

“So things like the air we breathe, the water we drink, or our neighborhood exposures, or the stressors of experiencing discrimination, all of those things [must be] taken into account,” said Burris. “And when you have large differences in population level experiences and exposures, we end up with large population differences in health outcomes.”

Burris and her research partners at CHOP are working to identify some of those population-level exposures that could explain the differences being seen in population levels of preterm birth. In addition, they would like to know whether the COVID-19 pandemic has had any significant impact on preterm birth rates during the variable periods of lockdown.

Early research on the topic from Europe recently emerged that showed dramatic decreases in preterm birth during the pandemic. Burris and collaborators Dr. Sara Handley, Anne Mullin, and Michal Elovitz published early findings on this research question using data from the Hospital of the University of Pennsylvania and Pennsylvania Hospital in Philadelphia, which according to Burris make up a little over half of Philadelphia births. This data was extracted between March and June 2020, and Burris said she and her team didn’t see any significant decreases in preterm births reflected clinically in the city. Actually, they saw very stable rates across different demographic groups.

“So we hypothesized … that our ability to socially distance and reduce our exposures to the other factors that might be causing preterm birth may not be as possible in a place like the United States or Philadelphia,” Burris said.

With the grant, Burris and her team will take this research one step further. The consortium, known as the AQUEDUCT Perinatal Research Collaborative, will also include researchers from Yale University, Nemours Children’s Health System, and Northwestern University. And through a collaboration with Highmark Blue Cross Blue Shield, researchers will have access to de-identified data sets from all patients who are insured by Highmark and Independence Blue Cross across the country, to expand the study beyond city limits.

Ultimately, Burris and her collaboration partners also want to use the pandemic as a natural experiment for documenting changes in perinatal health care services. For example, due to social distancing mandates during the pandemic, a fair number of prenatal visits have shifted to telemedicine visits. One of the grant collaborators, Dr. Sara Handley, is paying special attention to those kinds of changes. An attending neonatologist at CHOP, her research focuses on evaluating the impact of the perinatal health care system in the time immediately before and after birth, including structure, culture, and process, on perinatal outcomes and outcome variation.

She and Burris are interested in figuring out whether there have been changes to health care delivery during the pandemic and whether that even matters.

“We have a hypothesis that perhaps there might be differences in the number of ultrasounds done, or the number of antenatal stress tests,” Burris said. “So if you decrease the number of prenatal visits that are in person and transition to telemedicine, can you have the same benefits of prenatal care?”

Aysola, of Penn Medicine’s Center for Health Equity, has dedicated a lot of her work to shifting the conversation within medical institutions and health care systems from that of a population  lens to that of a system lens. Instead of asking what’s wrong with this segment of the population, Aysola asks, why isn’t the health care system ubiquitously accessible? According to the most recent data from the National Center for Education Statistics on health literacy of American adults, 89% of Americans are not health proficient, that is, able to obtain, process, and understand basic information and services needed to make appropriate health decisions. 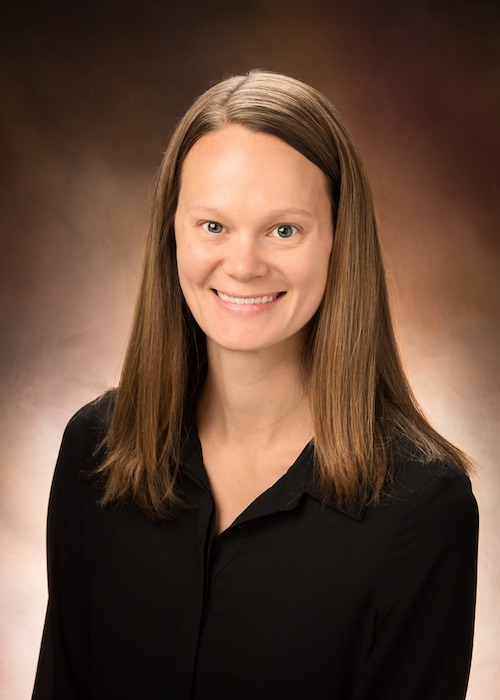 Sara Handley, MD, MSCE, is an attending neonatologist with the Division of Neonatology at Children’s Hospital of Philadelphia (CHOP). (Photograph courtesy of CHOP)

Burris said the solution to birth rate disparities, as well as health inequities across the board, must begin with looking at the way the health care system is designed and acknowledging the structural bias intrinsic to it. For example, she and her research team are looking to see if the increased use of telemedicine during the pandemic is an equalizer for healthy birth outcomes.

“If you have trouble getting off work and you’re taking three hours out of your day for a 10-minute prenatal care visit, maybe just logging in is much easier during your work break,” Burris said.

There’s even research that shows the efficacy of group-based prenatal care. But ultimately, Burris said, health care alone is not going to solve all these health inequities.

“We really need to think about what we’ve learned from the environmental justice movement. We need to decrease toxins and exposures that are unequally distributed throughout society,” Burris said. “We need to ensure that basic life needs are met and that we’re not worried about where our next meal is going to come from while we’re pregnant.”

Making sure that basic societal supports are in place and that health care is accessible and high quality are the main goals. Burris said pregnancy and birth outcomes are a really powerful bion-sensor for what’s going on in society. It’s a uniquely sensitive period that allows doctors to see the impact of specific kinds of external exposures on the body’s systems, exposures that impact everyone, pregnant or not.

“But I think really trying to get to that right amount of care at the right time matters and I think if we can get that right for everyone, we will work toward improving health equity.”