FILE - A protester yells at police who blocked a march on Pine Street. 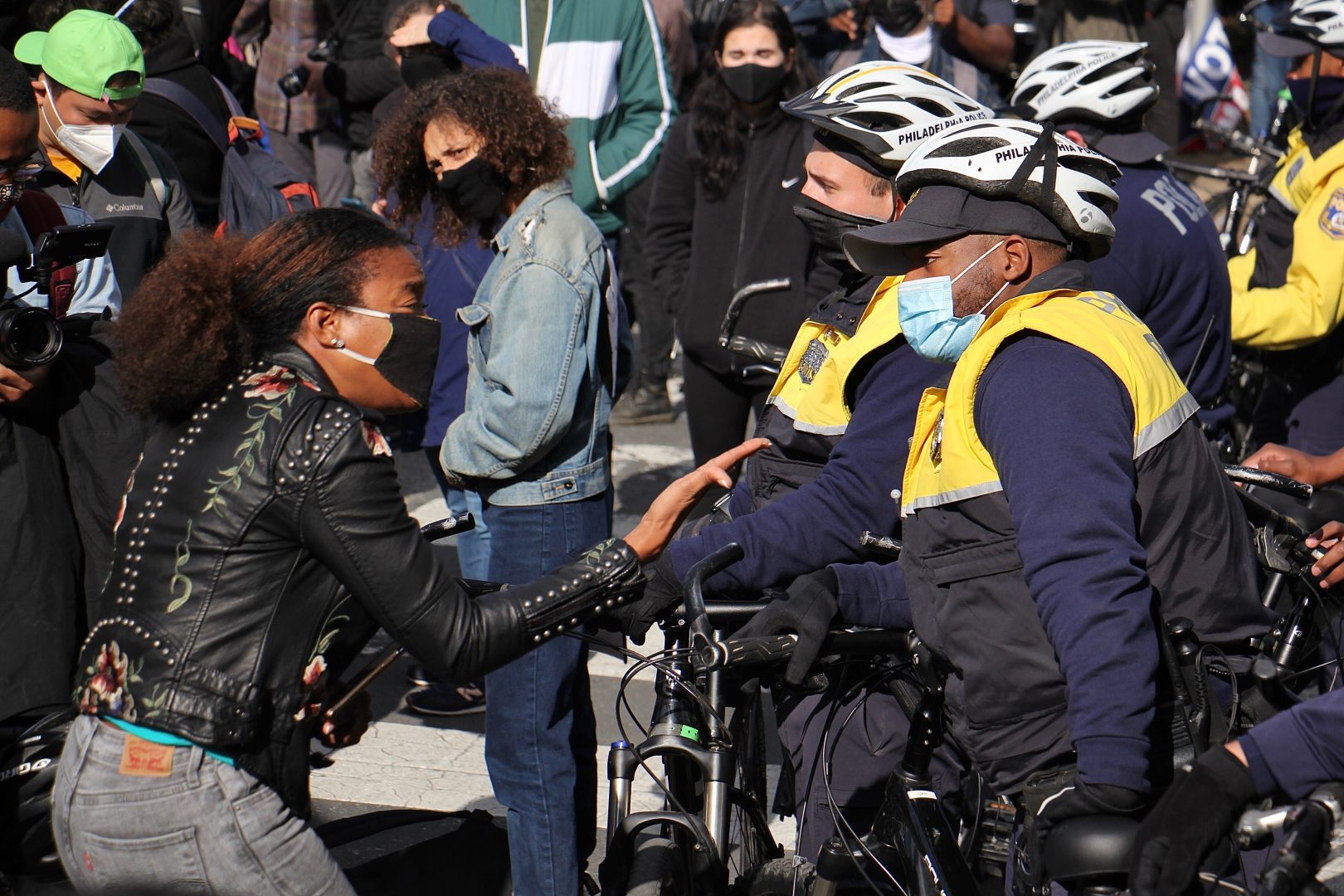 FILE - A protester yells at police who blocked a march on Pine Street.

(Philadelphia) — Philadelphia is one step closer to establishing a new watchdog group for its police department.

If passed, the commission would investigate all citizen complaints filed against officers and the department. The body could then recommend discipline if it concluded the allegations of misconduct were substantiated.

For the first time, the police commissioner would have to respond to those recommendations in writing and explain their decision.

The commission would have the power to investigate allegations of physical abuse, bribery, corruption, intimidation, and harassment, as well as “any allegation that threatens the integrity of the criminal justice process.”

Under the bill, the commission could also make recommendations on any of the department’s policies and procedures, as well as hold a vote of no confidence regarding the police commissioner, another first.

“This is the beginning of a dialogue,” said Jones.

The bill comes nearly three months after voters overwhelmingly approved a ballot question that gave City Council the green light to replace the current Police Advisory Commission, which has lacked the powers and funding to effect lasting change.

The ballot measure was part of a fast-tracked package of police reforms introduced by Council in June following the police killing of George Floyd in Minneapolis.

Jones said he hopes the new commission will be operational by summer.

Under the bill, the agency will consist of nine voting members picked by a five-member selection panel appointed by the mayor and City Council. Nominees for the commission must be Philadelphia residents and reflect the “diversity of the population and geography of the City.”

The commissioners, who will be compensated, will serve four-year terms. They must also be trained in use-of-force protocols, bias-based policing, the police department’s internal affairs process, and constitutional law, among other requirements.

The agency will also have a full-time staff, including an executive director and chief counsel.

The agency can also conduct investigations when there are accusations involving use of force,  deaths and injuries that occur while people are detained or in custody, as well certain incidents where an officer has fired their service weapon.

If the commission and the department are conducting investigations at the same, the commission would have access to crime scenes, investigative materials, and be able to sit in on all interviews with witnesses and officers.

The agency would also have access to internal affairs records and personnel files, and continue to have subpoena power to compel the attendance of a witness or the production of documents and evidence needed to support its investigations.

“He’s given us a draft we can work with and that we believe at the end of the day will move things forward,” said Rev. Mark Tyler, co-director of POWER, an interfaith social justice organization that hosted more than a half-dozen town halls exploring the world of police oversight commissions last year.

Jones’ legislation does not detail how the Citizens Police Oversight Commission will be funded, a component supporters say will be critical to the new agency’s success. Those details will be finalized during the upcoming budget process, said Jones.

The annual budget for the Police Advisory Commission has a $500,000 floor.

The budgets for similar commissions in big cities like New York and Chicago are much higher because they are a fixed percentage of the police department’s annual budget. If the budget for the department increases, so does the commission’s budget.

Philadelphia’s police union, the Fraternal Order of Police, has historically opposed efforts to strengthen police oversight that are not department-led. John McNesby, president of FOP Lodge No.5, declined to comment on the legislation.

Council’s Committee on Public Safety will hold a hearing on the bill in the coming weeks.