McSwain is a Harvard Law graduate and former Marine infantry officer. Before his appointment as U.S. Attorney, he worked as a federal prosecutor and was a partner in the Philadelphia law firm Drinker, Biddle & Reath, mainly focusing on white-collar criminal defense. 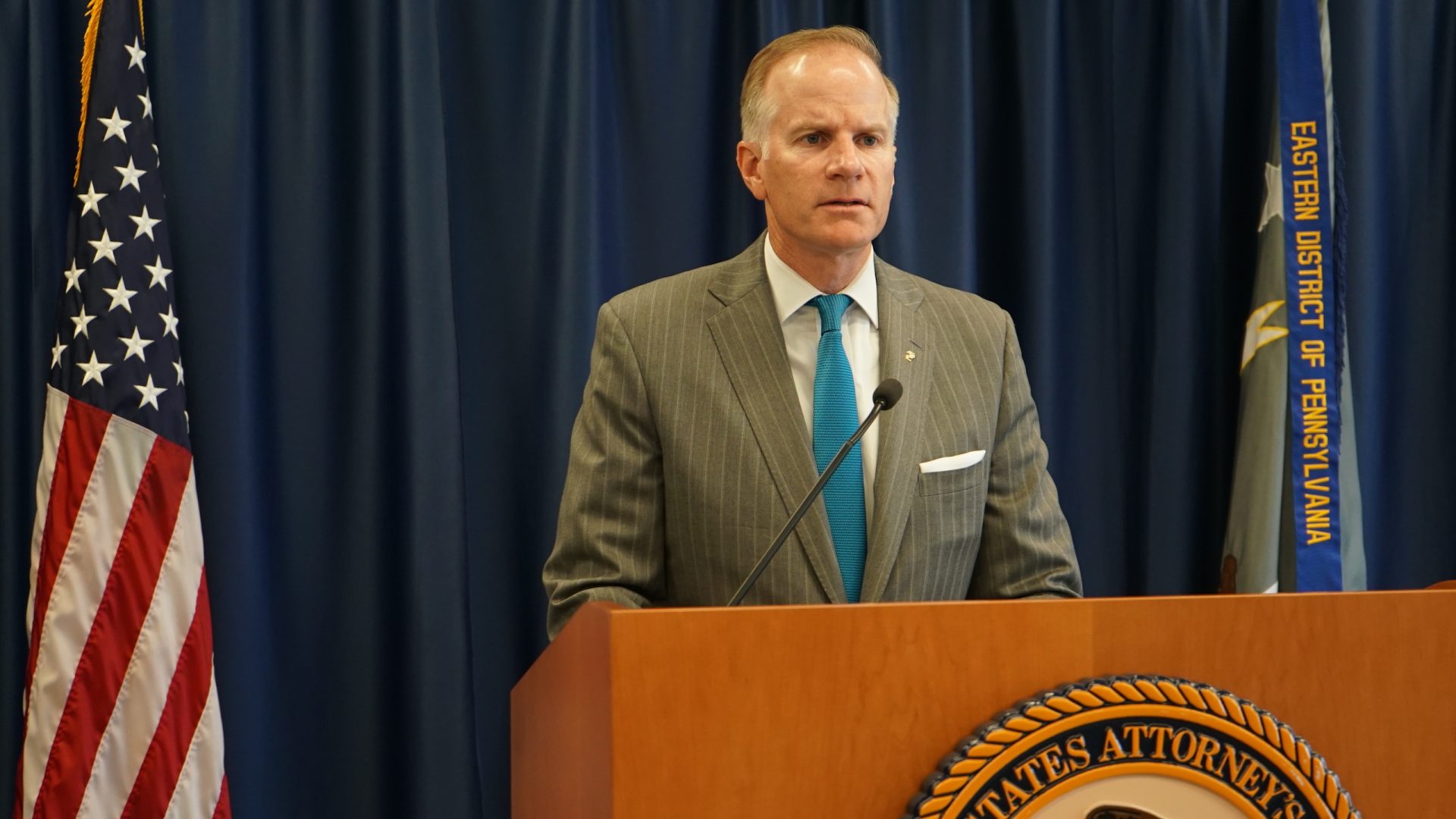 (Philadelphia) — William McSwain, the recently-departed U.S. attorney for the Eastern District of Pennsylvania, appears to be getting an early start exploring a widely anticipated run for higher office in 2022.

Several sources familiar with McSwain’s plans have said he has met with Republican county committee members across the state in preparation for a possible campaign.

Both the governorship and one of Pennsylvania’s U.S. Senate seats will see wide open races next year, and are expected to be intensely competitive.

McSwain, who didn’t respond to requests for comment, has long been known to have aspirations to higher office.

He recently resigned as U.S. Attorney, a post he’d held since 2018 when President Donald Trump appointed him, and joined the Philadelphia law firm Duane Morris LLP as a partner.

His media appearances have been few since then. In one recent interview on a conservative local AM radio show, he described his tenure as a top federal prosecutor as being about “standing up for the rule of law, being a counterweight to an increasing sense of lawlessness in the city.” He was also asked about his next steps.

“I love public service … I really do,” he said. “It’s something that I would always be open to, but right now I’m also really looking forward to being in private practice and being a private citizen for a while and we’ll just see what the future holds.”

Christopher Nicholas, a longtime Republican strategist who is keeping a close eye on the potential field for Pennsylvania’s two biggest upcoming races, said McSwain has the potential to be a formidable candidate.

“He comes from a part of the state where Republicans are continuing to have trouble winning … so a candidate like McSwain might be able help in the swingy Philadelphia suburban counties,” he said, adding that, “Republican primary voters are always attracted to basic law-and-order issues.”

But, Nicholas added, proactive efforts to get a campaign rolling don’t guarantee that it will get off the ground, especially for first-time candidates.

His rule of thumb, he said, is to never count electoral chickens before a campaign committee is registered, a treasurer is hired, and a checking account is opened.

McSwain is a Harvard Law graduate and former Marine infantry officer. Before his appointment as U.S. Attorney, he worked as a federal prosecutor and was a partner in the Philadelphia law firm Drinker, Biddle & Reath, mainly focusing on white-collar criminal defense.

He also represented conservative causes in several high-profile cases, including one in which he defended the Boy Scouts’ right to exclude gay members.

As U.S. Attorney, he carved out a reputation as a vocal opponent of self-identified “sanctuary cities,” like Philadelphia, where officials pledged not to cooperate with federal immigration officials to deport undocumented people.

From his new Twitter account, which he created as he exited the U.S. Attorney’s office, McSwain has continued to criticize Krasner. At one point he shared an article about a documentary on Krasner with a caption accusing the DA of “playing it up for his personal camera crew — and writing a memoir — while Philadelphians were shot and killed in droves on his watch.”

Although there is well over a year left before the election, McSwain isn’t the only one testing Pennsylvania’s electoral waters.

On the GOP side of the aisle, the field is more diffuse.

Jeff Bartos, a measured Montgomery County real estate developer who ran unsuccessfully for lieutenant governor alongside the more bombastic Scott Wagner in 2018, is the first Republican to say definitively that he plans to throw his hat into either race.

He told the Philadelphia Inquirer this week that he’s seriously considering running for U.S. Senate, and will likely move soon to make the bid official.

One of the challenges for a candidate like McSwain, Nicholas said, is that he has never run a campaign before, and isn’t well-known beyond the liberal-leaning southeast.

Pennsylvania, he noted, is a big, diverse state, and Republican candidates have to appeal to the most rural portions of the state as well as affluent suburbs.

But he added, it’s been done before.

“If you had told me a couple years ago that a billionaire on his third trophy wife would become the hero of all these working-class, blue-collar folks who are aggrieved at things, I would have said, ‘No,’” he said. “But there you go.”

What the exit of Pa.’s top election official means for the future of voting