“My Administration condemns the human tragedy that occurred when our immigration laws were used to intentionally separate children from their parents,” wrote President Biden. 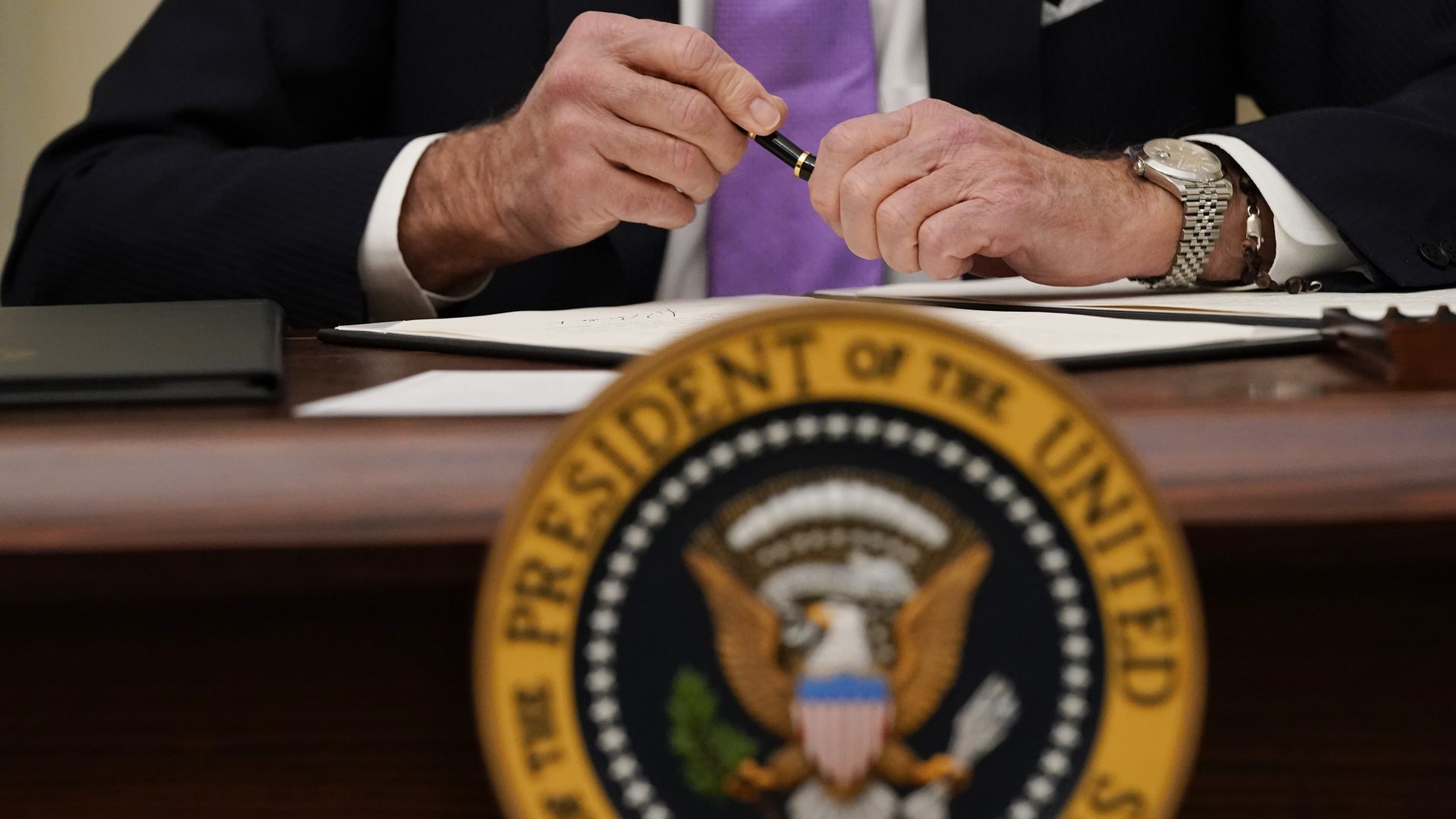 (Philadelphia) — The Biden administration’s new executive orders on immigration seek to address some of the last president’s most controversial policies, and will have repercussions for immigrant communities and families in detention across Pennsylvania.

In each of three orders, the White House created a process to review or study some of those policies — rather than change them right away. Coming off of the four years of fast-moving policy changes during the Trump administration, local immigrants and activists have greeted Biden’s more measured approach with a mixture of hope and cynicism.

“We hope that it will be a good change, that it will help us, it will help others,” said Yaroub Al-Obaidi, an Iraqi refugee in the Philadelphia-area who has been hoping to reunite with his elderly parents for more than five years.

“We’re all very skeptical about any kind of actual impact these EOs are going to have,” said Jasmine Rivera, a community organizer with the Shut Down Berks Coalition, which lobbies local, state, and federal officials to close all family immigrant detention centers.

One order created a task force to address the harms of the Trump administration’s family separation policy, which took parents and children who arrived at the U.S. border together and put them into separate facilities and on completely different immigration paths, often resulting in months or years apart.

“My Administration condemns the human tragedy that occurred when our immigration laws were used to intentionally separate children from their parents,” wrote President Biden.

While separation took place hundreds of miles away from the commonwealth, some children in the program wound up in Pennsylvania youth shelters that contract with the Office of Refugee Resettlement, according to HIAS, a nonprofit which holds know-your-rights training for unaccompanied immigrant kids.

A second order looked to address the causes of migration from Central America, and the immigration programs that people from that region interact with, namely asylum.

The administration pledged to review several programs that have been used to keep people outside of the country, for example in Mexico, while their cases proceeded through backlogged courts. The result of one such approach, known as Migrant Protection Protocols, was thousands of people living in shelters or camps in some of Mexico’s most dangerous cities.

Advocates argued that this process was designed to discourage and traumatize people who were otherwise entitled to a fair hearing under immigraton law. In a strange twist, if they gave up their cases, some were taken to family immigrant detention centers within the United States pending deportation back to their home countries, including the Berks Family Residential Center near Reading.

One of those people was Emerson Hernandez, from Guatemala, who spent 250 days in the center with his seven-year-old daughter, Maddie.

“He couldn’t stand watching his daughter deteriorate [in Mexico], so he waived his rights, he gave up everything” and wound up in the Berks County facility, said attorney Bridget Cambria, of ALDEA – The People’s Justice Center.

Even though Hernandez’s deportation had been ordered, access to legal counsel in the center changed the course of his case and allowed them both to reunite with his wife, and infant son, in New Jersey.

On his first day in office, Biden halted this program for people currently arriving at the U.S.-Mexico border, but did not make any changes to the cases of people already in line there.

A third executive order aimed to improve the experience of immigrants living in the United States, by eliminating “sources of fear and other barriers that prevent immigrants from accessing government services available to them,” and encouraging pathways to citizenship.

In particular, this order created a plan to review a regulation created under the Trump administration known as “public charge.” That rule said that some immigrants who accessed public benefits, such as food or cash assistance, would be deemed “inadmissible” for a green card in the future.

While this rule did not apply to all legal immigrants, advocates and local officials said it damaged trust and created unnecessary fear and panic in their communities. It also had a “chilling effect,” driving people off of benefits even if it would not affect their immigration status.

“History has shown that when benefits rules change, many of those who disenroll do so out of confusion,” wrote Philadelphia Mayor Jim Kenney in a letter to the federal government in 2018.

At that time, city officials estimated that 7,000 Philadelphia residents would have to choose between accessing benefits or being barred from permanent residency later. Tens of thousands of other people who were not implicated by the regulation may have dumped benefits for themselves or their families out of confusion or fear.

The issue was also apparent in Reading, said Cambria, whose practice is based there.

“There’s lots of people in our communities that have legal spouses, legal children, legal parents, and can’t fix their status,” she said.

Philadelphia officials noted that while the order does not halt the public charge regulation, it does lay out steps for the federal government to communicate clearly about what they’re doing along the way.

“That’s really important because one constant with the public charge changes has been that it’s really confusing,” said Amy Eusebio, director of the Philadelphia Office of Immigrant Affairs. She also noted the same executive order facilitates stronger bonds between federal and local governments in making immigration policy.

All of these steps are welcome changes, said the groups that spent years battling Trump-era immigration policies. But there is also frustration.

One possible reason for the conservative approach is wanting changes to last. Many of the Trump administration’s changes to immigration policy were challenged in court for failing to follow proper procedure.

“You can’t just take a rule away. There’s a process,” Cambria said. But she also said she thought the government had space to take a stronger stand and chose not to.

Others said that incremental change is to be expected.

“The Trump administration left behind such a complex web of cruel and inhuman immigration policies that it’s going to take a while to undo,” Eusebio said.