The biggest parts of Wolf’s proposal are up against long — if not impossible — odds.

(Harrisburg) — Gov. Tom Wolf asked lawmakers Wednesday to raise income taxes on higher earners and give public schools a massive boost in aid, as state government faces a gaping deficit and uncertainty over how much more pandemic relief the federal government will send.

For Wolf, a Democrat in his seventh year in office, his $4 billion income tax proposal and bid to supercharge public school funding is a return to the aggressive and ambitious budget proposals of his first two years in office.

The proposal to raise Pennsylvania’s flat personal income tax and shift the burden to higher-earners revives a concept he discussed in his first campaign for governor, in 2014, but never actually sought in office, until now.

Raising the income tax would allow Wolf to use $1.35 billion — a 20% boost — to help fix long-term inequities in how the state funds public schools.

The idea reflects the long-standing aims of Wolf and many education advocates to end what they see as a politically bent funding scheme that disadvantages school districts that are disproportionately poor or fast-growing.

More than half of the money would go to 10 big urban districts — Philadelphia, Allentown, Reading, York, Scranton, Harrisburg, Wilkes-Barre, Upper Darby, Bethlehem and Erie — while fast-growing suburban districts would be among those getting the biggest percentage increase in state aid. 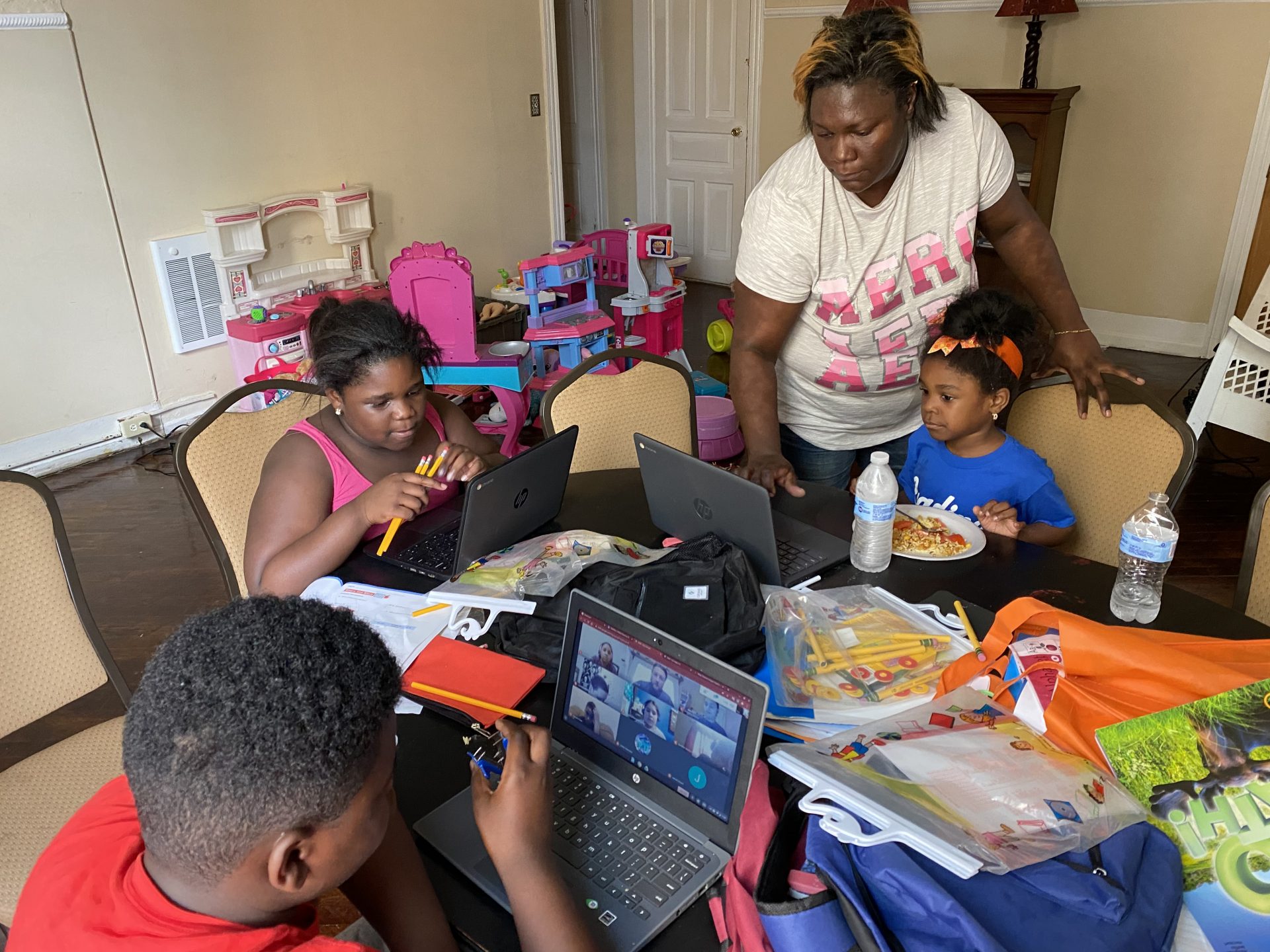 The biggest parts of Wolf’s proposal are up against long — if not impossible — odds.

Now entering the lame-duck stretch of his second term, Wolf faces the same large Republican majorities in the House and Senate that have rejected nearly all of his big ideas since he took office in 2015.

In a 20-minute recorded speech — the pandemic scuttled the customary in-person address to a joint session of the House and Senate scuttled — Wolf called for lawmakers to take a big step to help Pennsylvanians overcome barriers to a better quality of life.

“High-quality education is the ticket to greater opportunity for our children,” Wolf said. “Without it, how can we hope that our kids will be able to lead better lives than we did?”

Barriers to opportunity, he said, destroy hope and encourage pessimism.

“They discourage the kind of broad ambition a free-market economy depends on,” Wolf said. “These fears, these barriers diminish all our lives, they destroy the optimism that drives a healthy society.”

All told, the budget proposal would increase spending through the state’s main bank account to $37.8 billion for the 2021-22 fiscal year starting July 1. Including a supplemental cash request to cover cost overruns in the current fiscal year, Wolf is seeking authorization for another roughly $5.5 billion in new spending, or almost 17% more.

Most of that increase would go to public schools and social services, including fast-growing Medicaid rolls.

This year’s budget and next year’s budget rely heavily on federal pandemic aid. Counting that, spending on state operations would rise 10% to $40.2 billion. 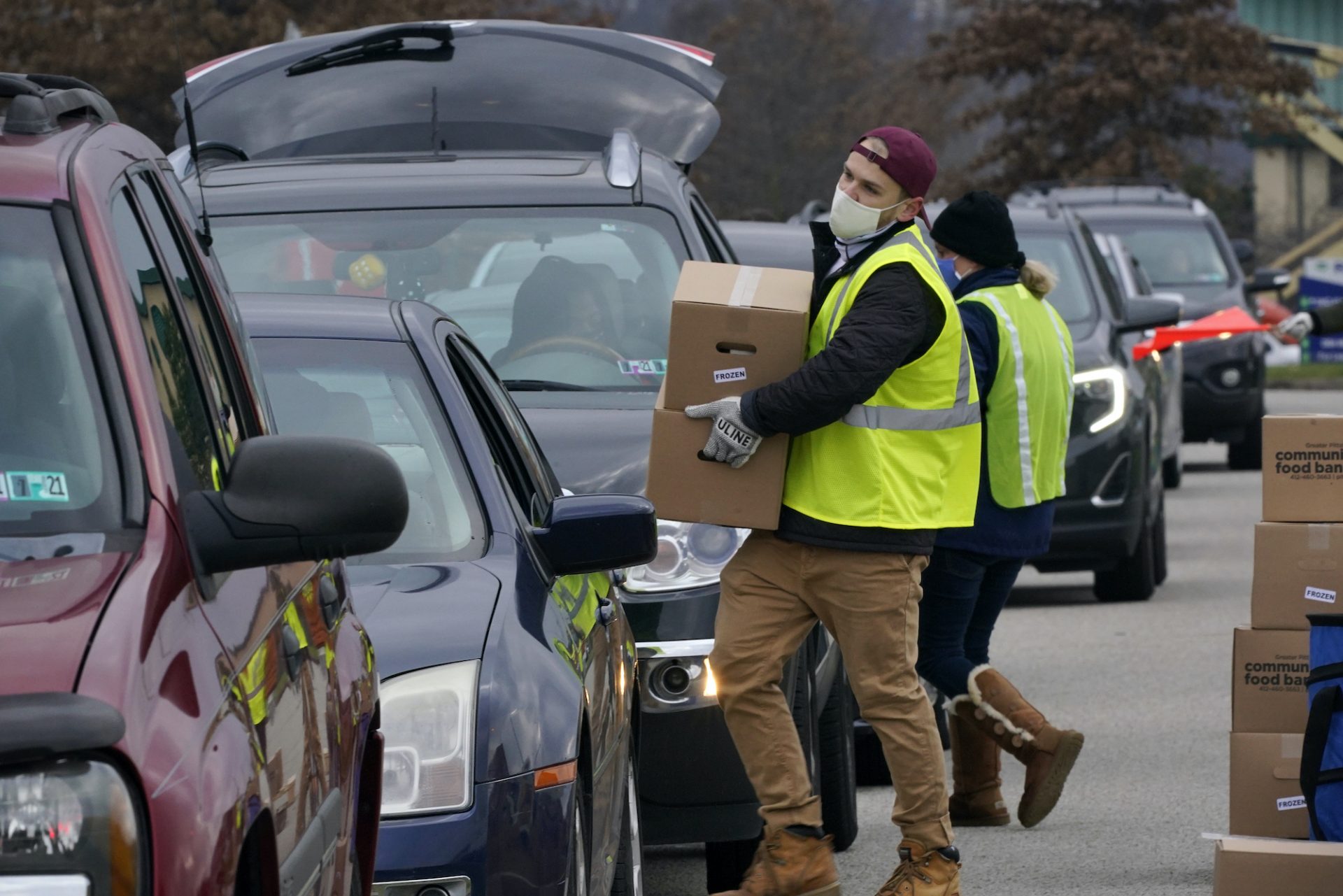 The cash from a higher income tax also would fill a projected multibillion-dollar deficit largely inflicted by the pandemic.

With the pandemic affecting broad sectors of the state, Wolf’s budget would boost subsidies for the wages of child care workers, food banks and local health departments.

It rejected appeals from nursing home operators for an increase in Medicaid reimbursement rates and keeps funding flat for higher education institutions, including Penn State and state system universities.

Republican lawmakers have not put out a plan to cover the deficit, but suggest they will look to tap off-budget program reserves while avoiding cuts or tax increases. Meanwhile, state governments may see more federal budget aid from Congress.

Republicans and allies, including business and trade associations, panned the governor’s proposal, saying the income tax increase combined with a minimum wage increase Wolf is proposing would hurt small businesses, workers and the economy.

Including off-budget proposals, Wolf is asking lawmakers to impose a severance tax on the state’s huge natural gas industry, ramp up borrowing, divert subsidies away from the horse racing industry and raise the personal income tax rate while shifting its burden to higher earners.

In exchange, money would flow to public schools, job training programs to boost an economic recovery from the pandemic and scholarships for students at a State System of Higher Education university.

This is the seventh year that Wolf is proposing a tax on natural gas production in Pennsylvania after campaigning for office twice on making the industry pay its “fair share” in the nation’s No. 2 gas state. Every year the Legislature has rejected the idea.

Wolf’s income tax proposal revolves around increasing the rate to 4.49% from 3.07% to raise what his office estimated to be $4 billion over a full-year, or about 25% more.

By expanding low-income exemptions in the tax, two-thirds of income-tax payers would pay less or the same amount, while the top one-third of earners would pay more, Wolf administration officials say.

With 28 executive orders signed, President Biden is off to a record start