The Brennan Center for Justice, a public policy institute, has already tallied more than 100 bills in 28 states meant to restrict voting access. 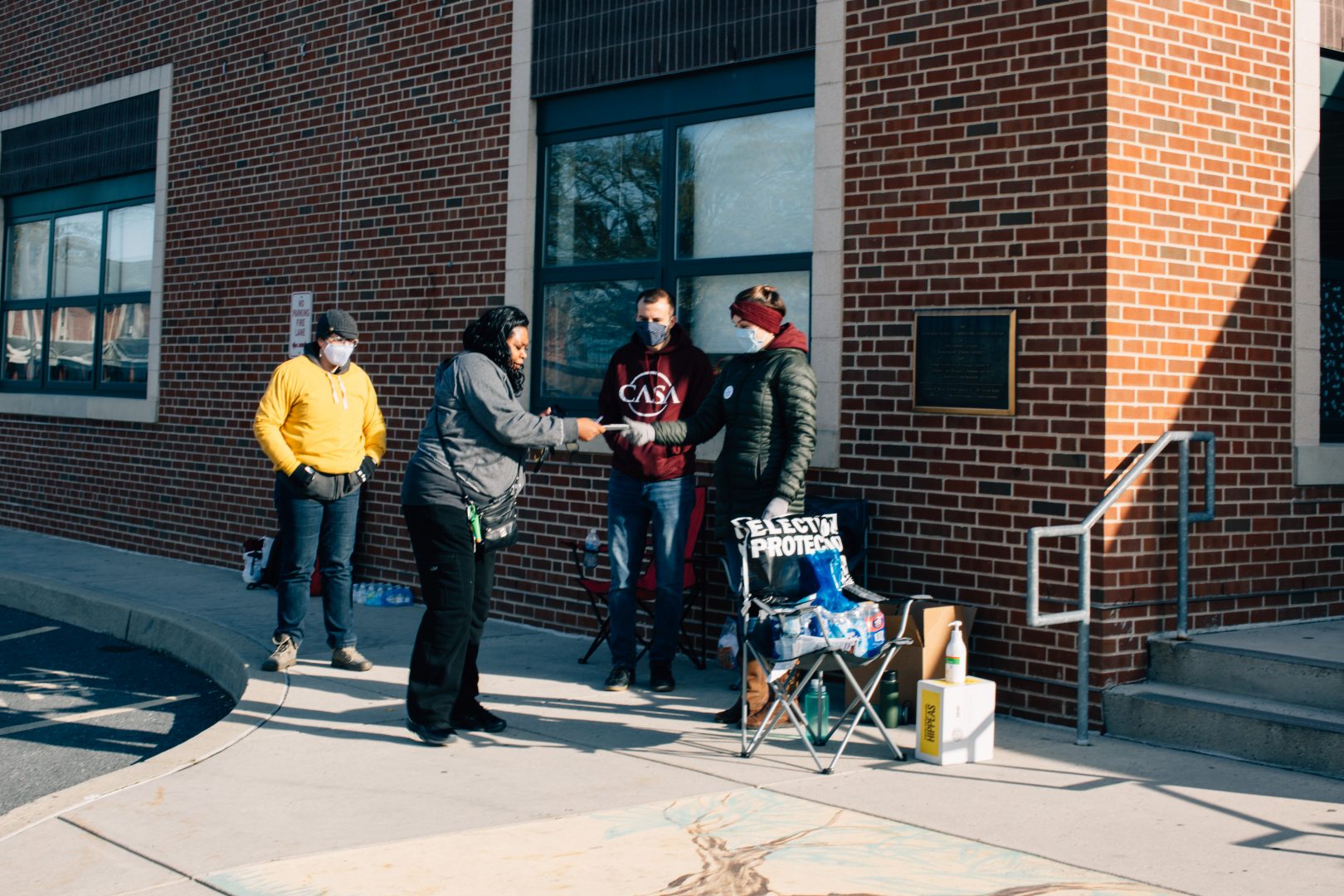 (Austin, Texas) — Republican lawmakers in statehouses across the country are moving swiftly to attack some of the voting methods that fueled the highest turnout for a presidential election in 50 years.

Although most legislative sessions are just getting underway, the Brennan Center for Justice, a public policy institute, has already tallied more than 100 bills in 28 states meant to restrict voting access. More than a third of those proposals are aimed at limiting mail voting, while other bills seek to strengthen voter ID requirements and registration processes, as well as allow for more aggressive means to remove people from voter rolls.

“Unfortunately, we are seeing some politicians who want to manipulate the rules of the game so that some people can participate and some can’t,” said Myrna Pérez, director of the voting rights and elections program at the Brennan Center.

The proposals are advancing not only in Texas and other traditional red states but also in such places as Arizona, Georgia and Pennsylvania that supported Donald Trump four years ago, only to flip for Joe Biden in November.

Many Republicans have said the new bills are meant to shore up public confidence after Trump and his GOP allies, without evidence, criticized the election as fraudulent. Those claims were turned away by dozens of courts and were made even as a group of election officials — including representatives of the federal government’s cybersecurity agency — deemed the 2020 presidential election the “the most secure in American history.” Trump’s former attorney general, William Barr, also said he saw no evidence of widespread fraud that would have changed the election results. 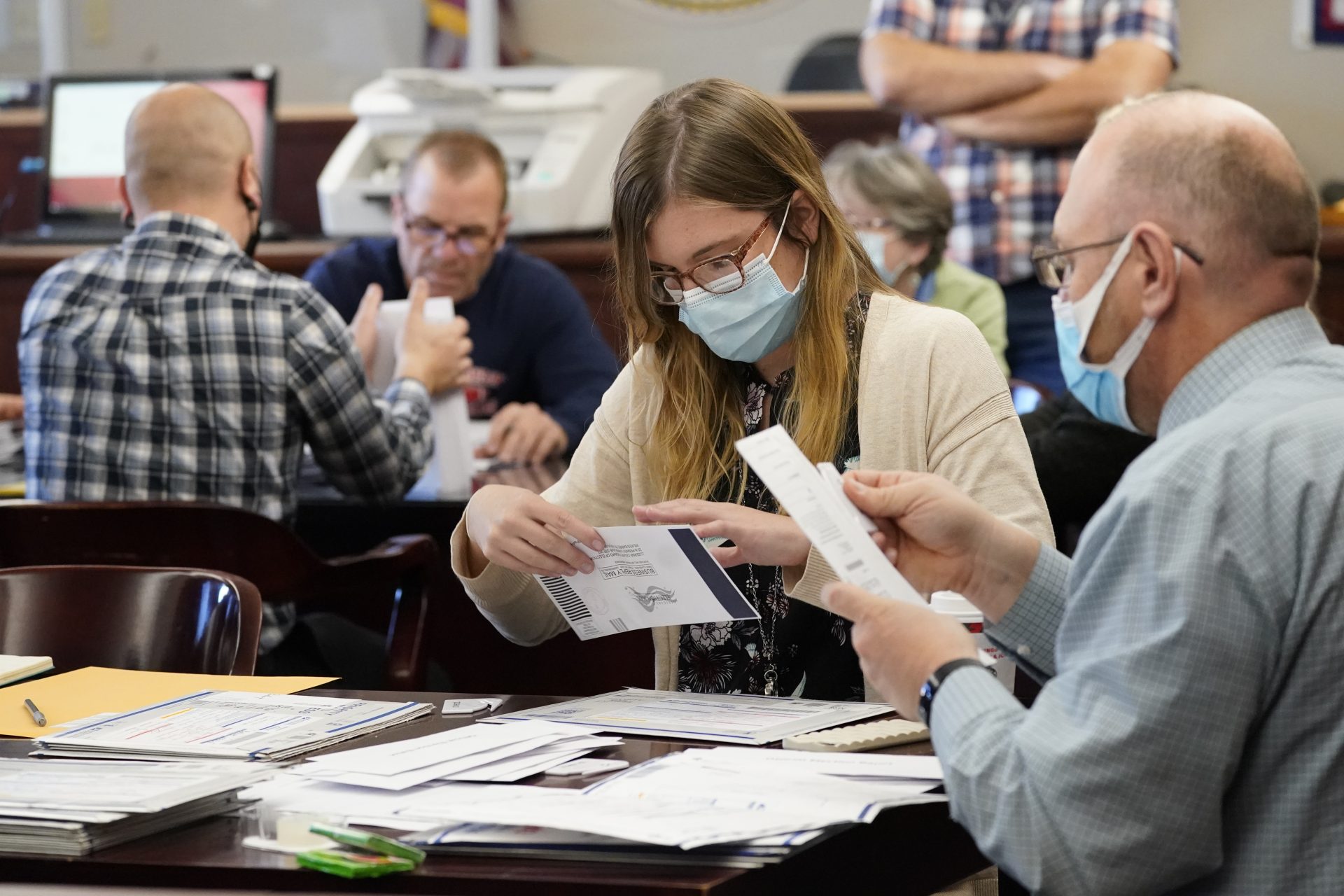 In last year’s presidential election, nearly 70% of all ballots cast nationwide came before Election Day, with an estimated 108 million people voting through the mail, early in-person or by dropping off absentee ballots. The surge came after states expanded access to mail voting and early voting, with a few states sending absentee ballots to all registered voters in response to the coronavirus pandemic that raised safety questions about large crowds at the polls.

In Texas, the nation’s largest Republican-controlled state, the 2020 presidential election was considered a resounding success by almost any measure. Millions took advantage of early in-person voting to shatter the state’s turnout record. There were no reports of widespread system meltdowns, voter disenfranchisement or fraud.

But some GOP lawmakers there are seeking new criminal offenses to deter voter fraud, even though actual fraud is exceedingly rare. Other bills would prohibit independent groups from distributing application forms for mail-in ballots and clarify who can request an application. In September, the state sued Harris County, home to Democratic-leaning Houston, to stop officials from sending mail ballot applications to the more than 2 million registered voters there.

Texas Rep. Jacey Jetton, a Republican, said he hopes lawmakers will pass new regulations for verification of voters’ identity for mail-in voting to ensure “elections are accurate and that people feel it is conducted in such a way they are getting a fair, accurate election result.” Absentee voting already is limited in Texas, mostly allowed for voters who can’t make it to the polls on Election Day because they will be out of town or have a medical condition.

Thomas Buser-Clancy, senior staff attorney for the ACLU of Texas, said the state already is known as a “voter suppression state,” noting that Texas does not allow online voter registration or broad mail voting.

“I think it is fair to call Texas a voter suppression state where election laws are largely aimed at making it harder, more difficult and scary for individuals to exercise their fundamental right to vote,” he said.

Buser-Clancy said laws such as prohibiting online voter registration or requiring certain forms of ID create burdens that “disproportionately fall on poor communities and communities of color,” where some individuals may not have the resources and ability to go out and get or fix specific necessary items to exercise their right to vote.

A bill to eliminate no-excuse mail voting has been introduced in Pennsylvania, though the proposal would need approval from the state’s Democratic governor. In Arizona, Republicans have introduced bills that would eliminate the state’s permanent early voting list, require mail ballots to be notarized, require mail-in ballots to be hand-delivered to a voting location and allow lawmakers to overturn presidential election results.

In Georgia, where Biden’s win was verified in three separate tallies, Republicans in the GOP-controlled Legislature are gearing up to impose new barriers on mail voting, which was used heavily by Democrats in the presidential and Senate run-off elections.

A Republican senator has introduced a bill that would require voters to make copies of their photo ID and mail it to election officials twice in order to cast an absentee ballot. The state’s Republican governor, lieutenant governor and secretary of state have backed the idea of requiring a photo ID for mail voting, though it’s unclear if they support that specific bill.

“Despite the fact that Republicans know and understand there was no fraud, they are scared of their base,” said Georgia Democratic Rep. Debra Bazemore. “That’s the base that is loyal to Donald Trump. If they do not do anything, if they go against him, they might not be in office long.”

Disclosure: Associated Press coverage of voting rights receives support in part from Carnegie Corporation of New York. The AP is solely responsible for this content.

Acacia Coronado is a corps member for the Associated Press/Report for America Statehouse News Initiative. Report for America is a nonprofit national service program that places journalists in local newsrooms to report on undercovered issues.