Laura Dodson, an economist and union official at the U.S. Department of Agriculture’s Economic Research Service, is photographed in Washington, Wednesday, Jan. 27, 2021. Federal data shows the ranks of scientists who carry out environmental research, enforcement and other jobs fell sharply in some agencies under former President Donald Trump. Government scientists say many veteran staffers retired, quit or moved to other agencies amid pressure from an administration they regarded as hostile to science and beholden to industry.

Employment data shows more than 670 science jobs lost at the EPA, 150 at the U.S. Geological Survey, and 231 at the Fish and Wildlife Service.

The ranks of scientists who carry out environmental research, enforcement and other jobs fell in several agencies — sharply in some — under former President Donald Trump, federal data shows. Veteran staffers say many retired, quit or moved to other agencies amid pressure from an administration they regarded as hostile to science and beholden to industry.

That poses a challenge for President Joe Biden, who must rebuild a depleted and demoralized work force to make good on promises to tackle climate change, protect the environment and reduce pollution that disproportionately affects poor and minority communities.

Employment data shows more than 670 science jobs lost at the EPA, 150 at the U.S. Geological Survey, which researches human-caused climate change and natural hazards, and 231 at the Fish and Wildlife Service. 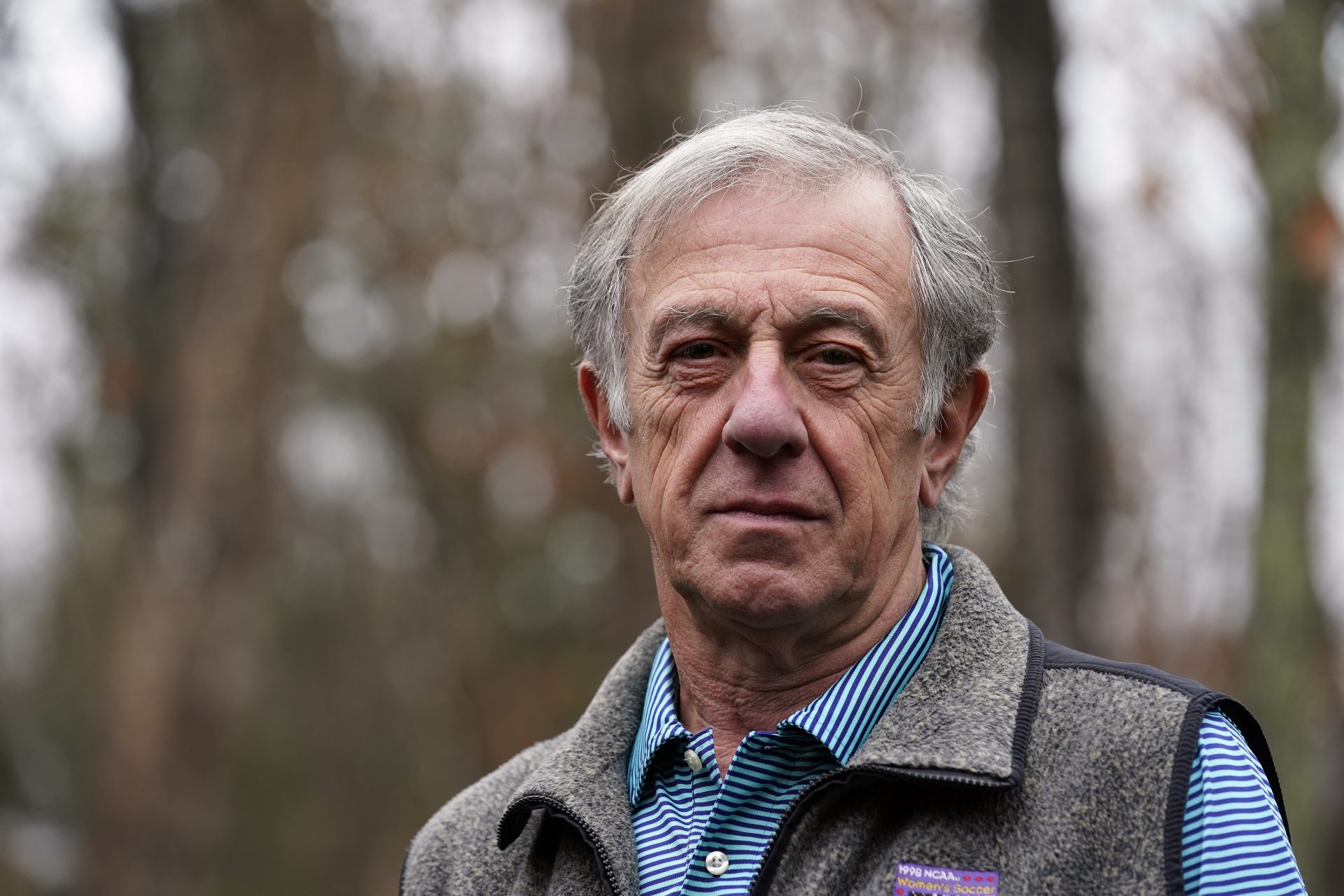 Dan Costa, retired National Program Director for the Air Climate & Energy Research Program at the Environmental Protection Agency, EPA, is seen at his Chapel Hill, N.C. home, Tuesday, Jan. 26, 2021. Federal data shows the ranks of scientists who carry out environmental research, enforcement and other jobs fell sharply in some agencies under former President Donald Trump. Government scientists say many veteran staffers retired, quit or moved to other agencies amid pressure from an administration they regarded as hostile to science and beholden to industry.

At the USDA, more than one-third of staff members — almost 200 people — left the agency’s Economic Research Service and its National Institute of Food and Agriculture in Fiscal Year 2019, after the Trump administration moved their jobs from Washington, D.C., to Kansas City.

“The loss of experienced staff was deep,” said spokesman Matt Herrick, who provided figures showing even deeper losses at one point. “We lost too many of the nation’s best economists and agricultural scientists.”

The findings on science job losses are based on payroll records released to the advocacy group Union of Concerned Scientists through a public records request and on USDA attrition data.

Not all agencies saw drops under Trump, and the drain of science jobs from USGS and EPA pre-dated him. The EPA lost more than 3,500 employees — 22% of its workforce — over the past two decades, according to budget documents. At the USGS, 1,230 science jobs were lost since 2000, a 17% drop.

Priorities change from one presidency to the next, said Daren Bakst, senior fellow with the conservative Heritage Foundation. Under Trump, the EPA emphasized cleanups of Superfund sites and shifted away from climate change.

“It doesn’t mean anything improper’s been done,” said Bakst. “There’s going to be ideological people within the federal government civil service, and some didn’t want to work in the Trump administration.”

But those who experienced cuts under Trump say his administration brought something new: intense political pressure on agencies in the way of its pro-industry agenda, and willingness to thwart legitimate science.

Climate change has been a key factor in increasing the risk and extent of wildfires and other catastrophic weather events. An aerial view shows neighborhoods shrouded in smoke from the Bobcat Fire in California in September.

A 2018 Office of Inspector General investigation at the Department of Interior, which oversees USGS, found that 16 employees assigned new duties under Trump viewed their moves as retribution for work on climate change, energy and conservation. And the administration removed or blocked some knowledgeable scientists from boards that advise the EPA about everything from air pollution to toxic chemicals in favor of industry insiders, said Christopher Zarba, former director of the EPA’s Science Advisory Board.

“It’s very intentional, to get rid of experts because they stand in the way of unfettered industrial use of federal resources,” said Joel Clement, a former Interior Department climate scientist who resigned in 2017 and filed a still-pending whistleblower complaint following his reassignment to an accounting office. Clement is now a senior research fellow at Harvard University and the Union of Concerned Scientists.

Scientists say federal environmental research could be hobbled for years by the loss of experienced scientists.

The Trump administration said the relocation to Kansas City was to save money. But Dodson believes it was designed to get rid of career scientists, noting that then-acting White House Chief of Staff Mick Mulvaney bragged the move helped streamline government by encouraging scientists to quit.

“This was meant to hinder the work of a scientific agency,” Dodson said.

Almost 200 scientists left the EPA’s Office of Research and Development, including Dan Costa, who headed the climate and energy research program until 2018, when he said it became clear the Trump administration did not value scientists or climate research.

“We had a big bullseye on us,” said Costa. “People couldn’t use the word ‘climate.’” 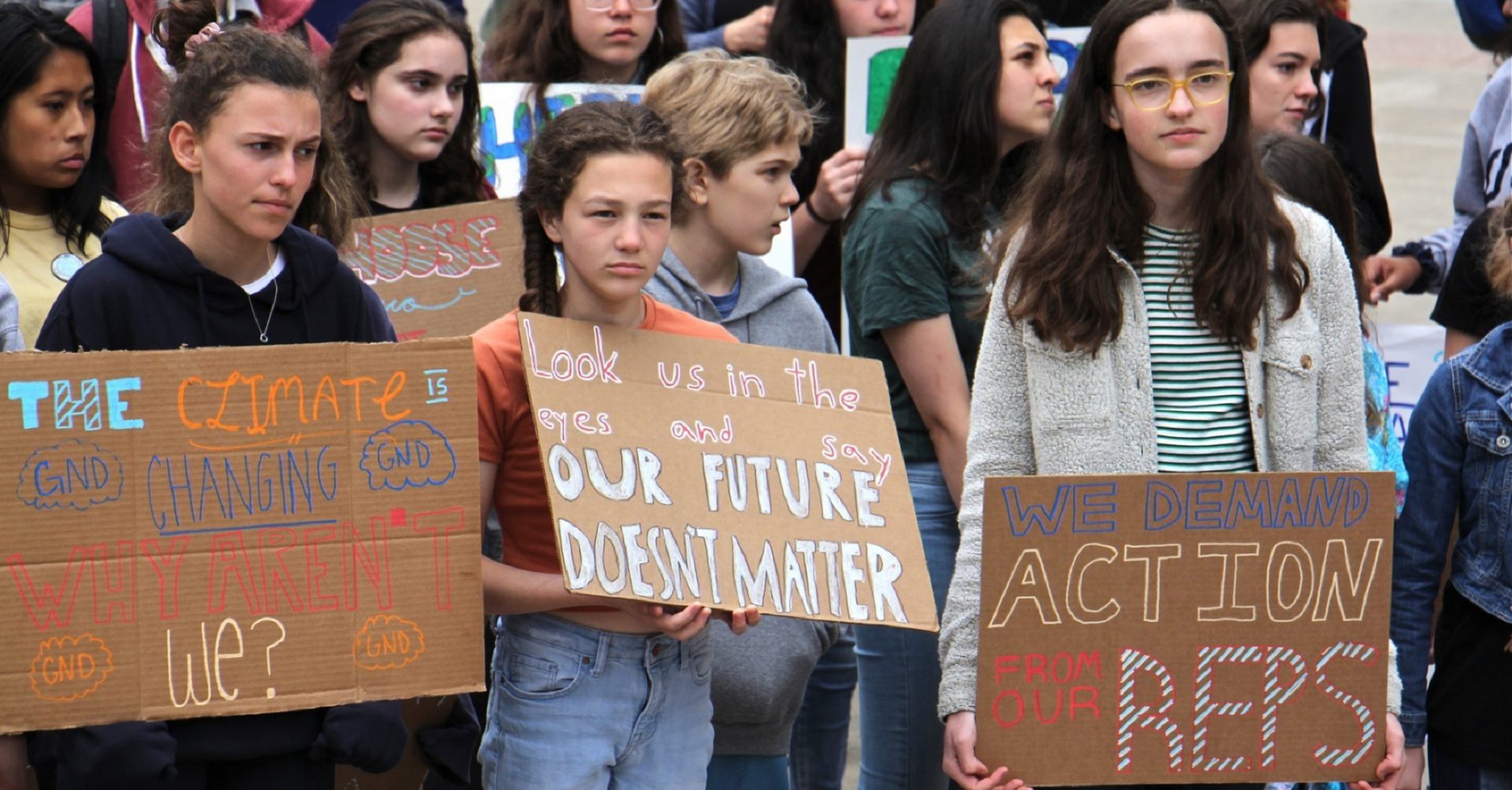 Philadelphia students cut class Friday, May 3, 2019 to participate in a rally at Thomas Paine Plaza to protest inaction on climate change issues.

The EPA did not answer emailed questions about staff losses. FWS did not respond to a request for comment Friday.

Key U.S. Geological Survey leadership posts went unfilled at regional climate science centers and approval of research grants was delayed, said Robin O’Malley, who spent 38 years with the agency and retired in 2019 as director of the center in Colorado.

“We could barely do anything,” O’Malley said. “It’s been a morale disaster and an operational disaster.”

Some delays occurred in research to help deal with increasingly intense wildfires in the Rocky Mountains, and in studies of migratory birds facing habitat losses, scientists said.

A USGS spokesman declined to answer questions about research delays and job losses but said hiring decisions are moving forward.

While Biden has promised to make climate science a top priority, scientists say it will take time to hire and train new staff.

Meantime, there are fewer experts to build criminal cases against polluters, said Joyce Howell, an EPA attorney in Philadelphia. The effects could be felt for years, she added, because it takes a long time to investigate and prosecute violations.

“You just don’t have as many environmental cases, you don’t prosecute everyone,” Howell said.

Hope and skepticism as Biden promises to address environmental racism