In this March 27, 2020 photo, Garrett McIntyre, left, arrives to pick up medication for opioid addiction at a clinic in Olympia, Wash., that is currently meeting patients outdoors and offering longer prescriptions in hopes of reducing the number of visits and the risk of infection due to the outbreak of the new coronavirus.

With Biden team focused on other crises, experts say drug epidemic is exploding 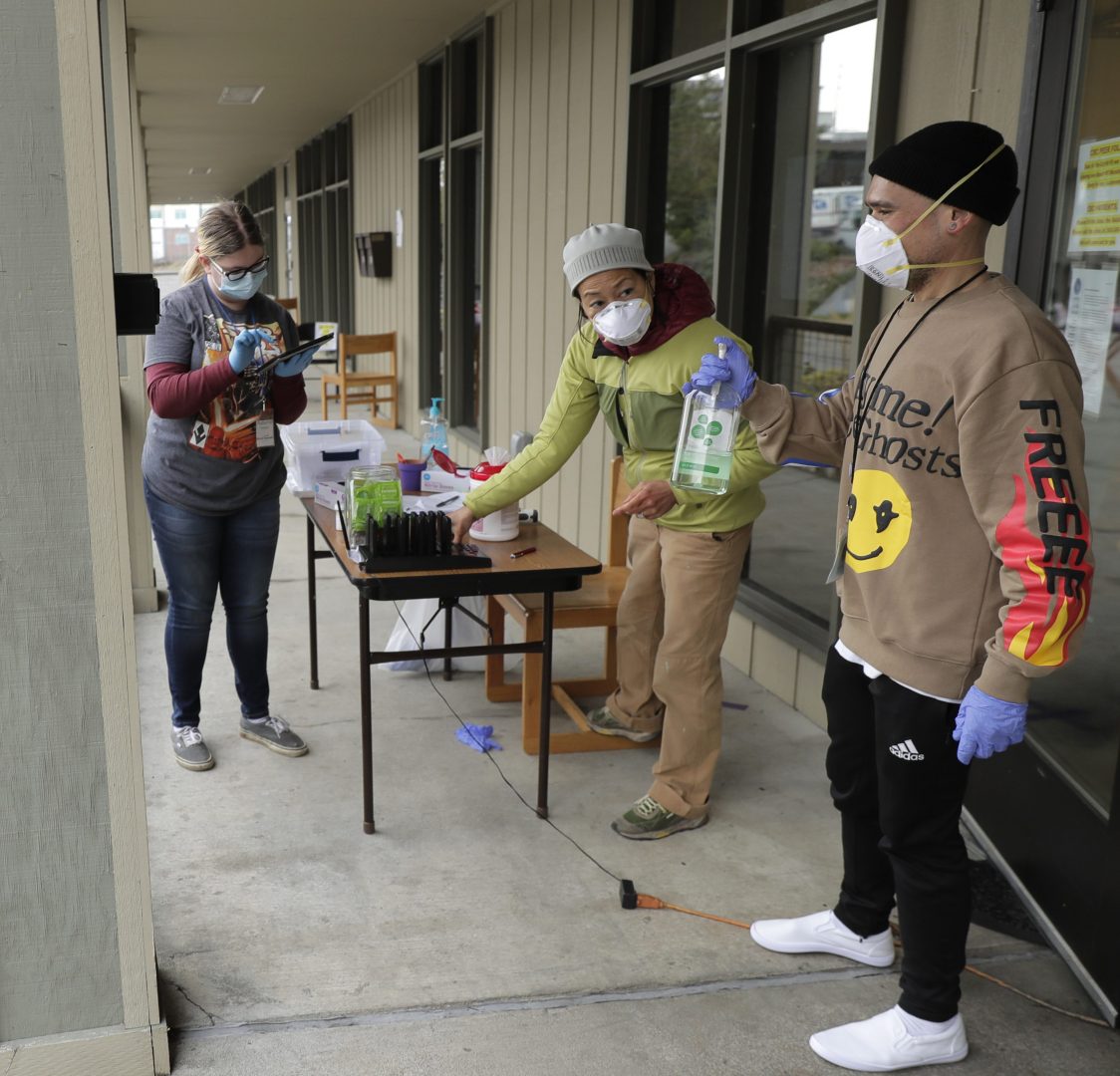 In this March 27, 2020 photo, Garrett McIntyre, left, arrives to pick up medication for opioid addiction at a clinic in Olympia, Wash., that is currently meeting patients outdoors and offering longer prescriptions in hopes of reducing the number of visits and the risk of infection due to the outbreak of the new coronavirus.

(Washington) — In the weeks after winning the November election, Joe Biden began naming officials to tackle the vortex of crises his administration would face on day one.

But despite a soaring death rate from drug overdoses, which hit a grim new record in 2020, President Biden hasn’t named permanent leaders for three key agencies tasked with tackling the drug epidemic: the Food and Drug Administration, the White House Office of National Drug Control Policy and the Drug Enforcement Administration.

“It’s a front burner issue on any day of the week but not on this day,” Reuben Guttman, an expert on drug policy who teaches at Emory Law, said last week in an interview with NPR. “And that’s a real problem.”

NPR asked the White House about immediate plans to address the overdose crisis. In a statement, officials said the new administration will “examine ways” to reduce overdose rates and save lives.

“Our country is facing many simultaneous crises and President Biden understands that,” an administration official wrote in an email. “The President has laid out key plans to address the urgent opioid crisis and he will execute on these plans throughout his administration.”

Officials pointed to its $1.9 trillion COVID-19 relief proposal, which includes a request that Congress allocate an additional $4 billion to fund mental health and substance use disorder programs.

Becerra, who hasn’t been confirmed by the Senate, has been active in the past on opioid issues. Earlier this month, he joined a coalition of state attorneys general demanding immediate action by the FDA on the addiction crisis.

“The COVID-19 pandemic has hit us all and further exacerbated the opioid crisis — people need support now more than ever,” Becerra said in a Jan. 11 statement.

But since taking office, Biden hasn’t yet used executive orders or other policy announcements to focus attention on overdose deaths, the way he’s done with other topics ranging from energy and climate to immigration and abortion.

Experts interviewed by NPR said they understand why the new administration’s focus lies elsewhere. The pandemic and the resulting economic fallout were widely expected to top the Biden team’s agenda.

But there was also a consensus that the drug epidemic, heightened by the coronavirus, has entered a particularly dangerous phase that demands action.

“While COVID-19 may have pushed our problems with overdoses to the backburner, they’re still boiling over,” said Beau Kilmer, director of the Rand Drug Policy Research Center. “New ideas are desperately needed.”

More than 220 Americans are dying from overdoses every day, according to preliminary data from the Centers for Disease Control and Prevention. Last month, the CDC issued an advisory calling for a swift public health response. Researchers warned that 10 western states had reported a doubling in synthetic opioid-involved deaths.

In parts of the country, including San Francisco and the state of Vermont, drug-related fatalities in 2020 were on track to outpace deaths from COVID-19.

In the past, Biden — whose son Hunter has struggled with substance use disorder — signaled the addiction crisis should be a top priority. During the campaign, he issued a “plan to end the opioid crisis,” indicating much of his response would focus on broadening access to healthcare. 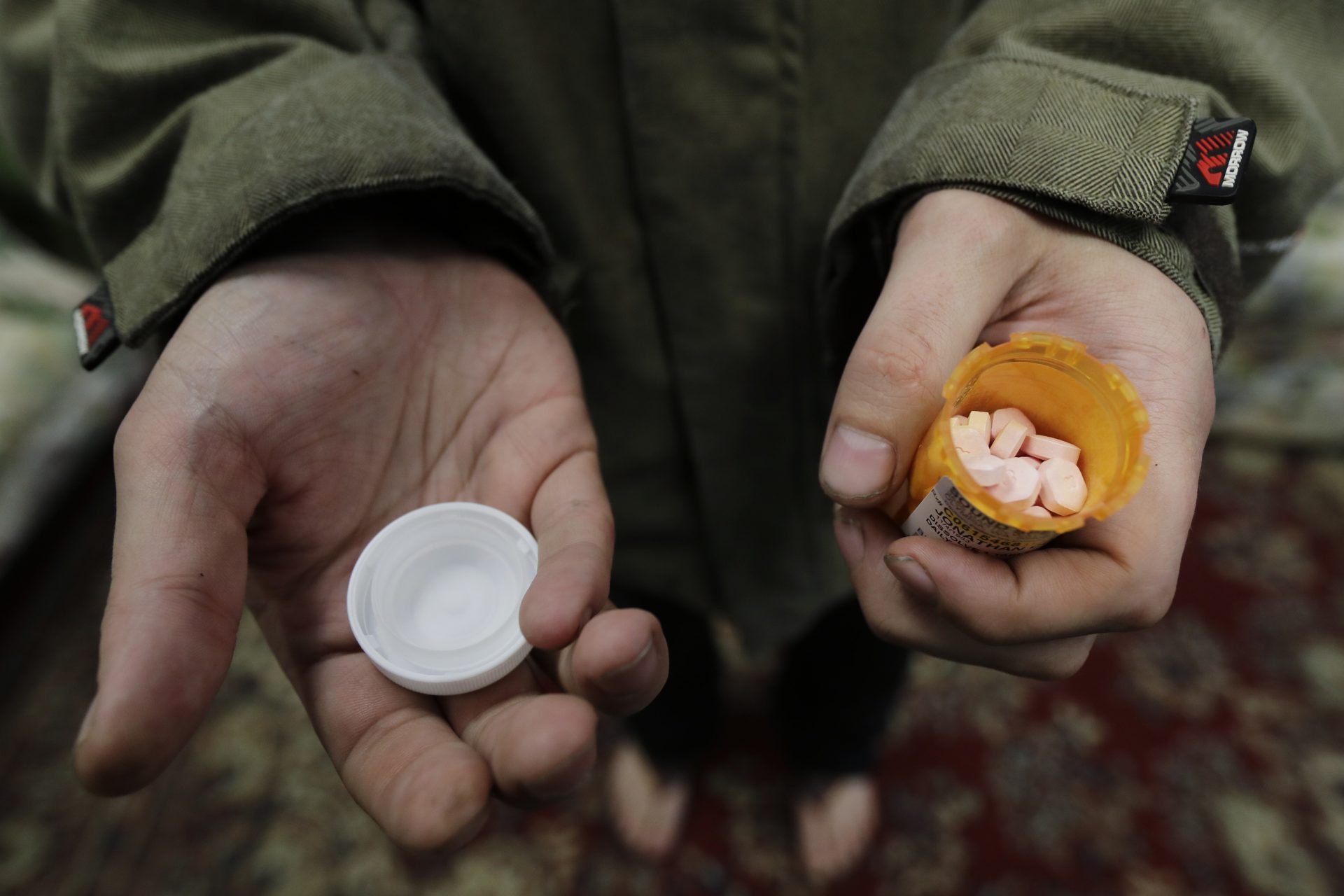 FILE PHOTO: In this Nov. 14, 2019 photo, Jon Combes holds his bottle of buprenorphine, a medicine that prevents withdrawal sickness in people trying to stop using opiates, as he prepares to take a dose in a clinic in Olympia, Wash.

Rollback of a Trump-era effort to reduce overdoses

But some critics said the lack of immediate action from the new administration was highlighted this week when the Biden team abruptly shelved new emergency guidelines for treating opioid addiction.

That rule change, announced by the FDA in the final days of the Trump administration, was designed to make a treatment drug called buprenorphine much more widely available to doctors helping patients at risk of overdose.

“This change is earthshaking to the substance use community,” Adm. Brett Giroir, then assistant secretary for health, told NPR when the new policy was announced on Jan. 14. “I do believe it will save thousands or tens of thousands of lives.”

The policy change drew wide praise from the drug treatment community and from the American Medical Association. But as first reported by The Washington Post, the Biden team put it on hold because of legal concerns over how it was implemented.

In its statement to NPR, a Biden administration spokesperson wrote the announcement of the buprenorphine rule change was made “prematurely.”

“Therefore, the guidelines previously announced cannot be issued at this time,” the spokesperson said.

He said making buprenorphine more widely available to doctors and their patients without addiction training or waivers was “common sense.”

Humphreys urged the Biden team to move quickly to resolve any problems with the buprenorphine rule change.

“The optics of this will increase pressure on the administration to promptly put their drug policy officials into place and to roll out a far more comprehensive plan” for tackling the overdose crisis, Humphreys said.

What will Congress do?

Drug policy experts say once the new administration’s drug team is up and running, it will face daunting challenges.

Beth Connolly, who heads the Pew Charitable Trusts’ substance use prevention and treatment initiative, said tackling many of these issues will take time and action by Congress.

She noted that some in the addiction treatment community were leery of the Trump administration’s emergency response to the overdose crisis, which included wider access to telehealth and medications such as methadone and buprenorphine.

“Some states embraced those changes, but some we’re hesitant to make all these changes when it’s going to be undone” after the the public health emergency ends, Connolly said.

But adding to the sense of urgency is growing evidence the Black community is being particularly hard hit.

A study released by the University of Pennsylvania last week found addiction deaths among Black residents in Philadelphia had spiked more than 50%.

Kassandra Frederique who heads the Drug Policy Alliance said she believes President Biden has a personal obligation to make the overdose crisis a priority.

“What I would say is that Joe Biden has a debt to pay to communities,” Frederique said.

She noted that while serving in the Senate during the 1990s, Biden was architect of many of the drug laws that focused on incarceration over health care and treatment.

Many Black leaders say those policies were particularly devastating to their neighborhoods, as Black men faced disproportionately lengthy prison sentences.

Biden has since voiced regret for those policies, calling them “a mistake” during the election campaign. He’s spoken repeatedly about the need to view addiction as a treatable disease.

Frederique said with drug deaths rising fast, those promises need to be matched quickly by a strong leadership team and a series of concrete proposals.

“What we hope is we’ll be able to push this administration to design a new drug policy that’s actually based on science health and compassion,” she said.