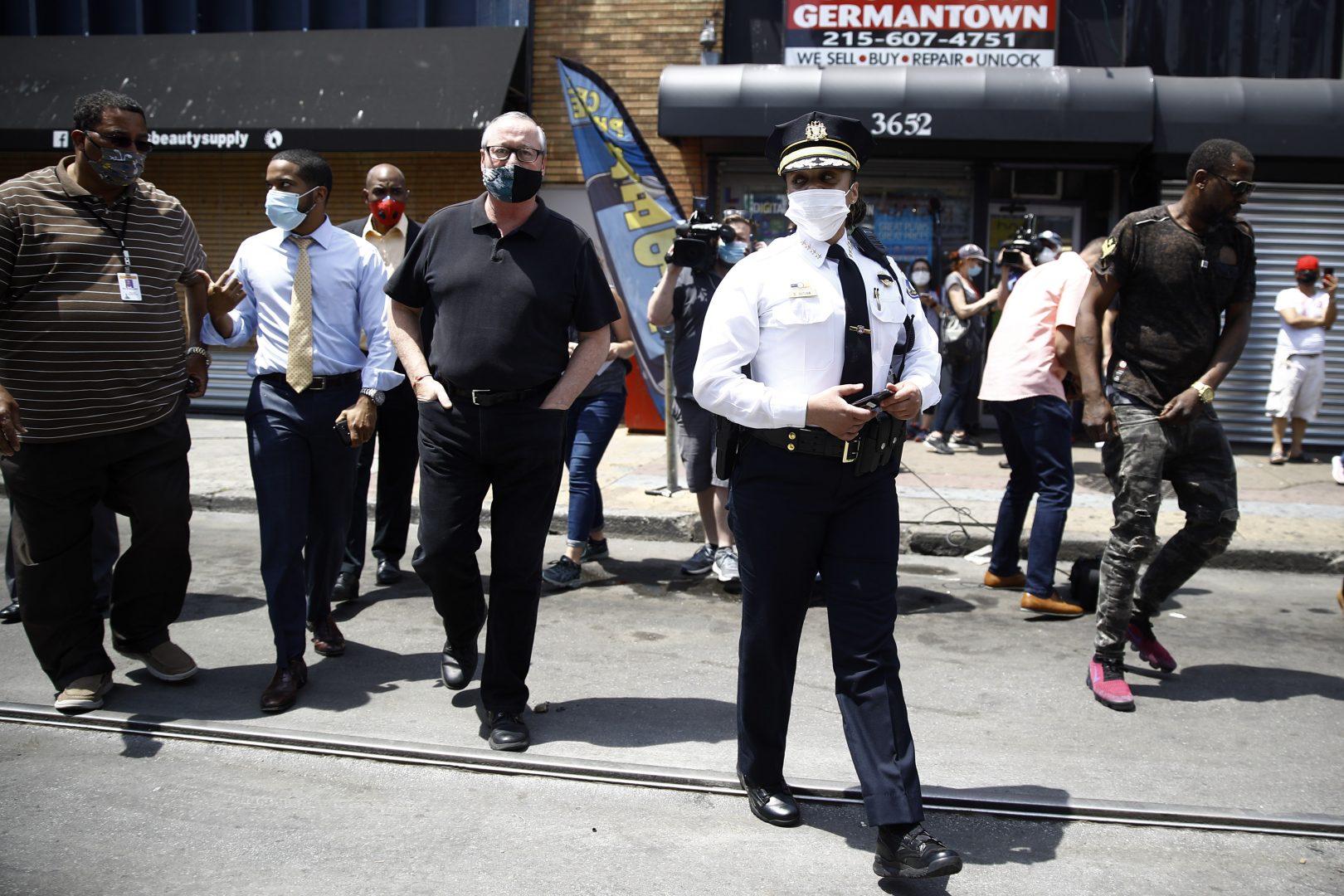 (Philadelphia) — Philadelphia’s police commissioner is defending her department and the city’s response to days of widespread protests against police brutality last summer in the wake of the police killing of George Floyd in Minneapolis in May.

Commissioner Danielle Outlaw held a news conference Thursday to answer harsh criticism of her direct decision-making issued in a report on the protest response. Conducted by two independent firms and released by the city controller’s office Wednesday, the report has prompted the editorial board of the city’s largest newspaper to call for Outlaw’s resignation.

Critics and protesters have denounced the city’s use of tear gas and other less-than-lethal munitions during at least three incidents. In one instance, officers fired gas canisters and pepper spray pellets at protesters who had made their way onto Interstate 676, became trapped by SWAT and other police vehicles and tried clamoring up a steep hill and over a fence to escape.

“There was simply not a blueprint for what our city faced this summer,” Outlaw said of the days of unrest over racial injustice that in some areas devolved into violence, destruction of city and police property and thefts.

“Did I lead this department in the last year? Absolutely, and some. No police commissioner (or) superintendent has ever had to deal with what we dealt with in the past year,” she added.

The report said Kenney ceded decision-making on whether to use tear gas or less-lethal munitions to Outlaw, noting that before she had come to Philadelphia last February, she had been criticized for using tear gas to control protests in Portland where she was previously the police chief. Kenney was not at the news conference Thursday but afterward tweeted his continued support for Outlaw.

The report also released new alleged details of Outlaw’s specific response gleaned from interviews, reviews of police communication and radio traffic. The authors said Outlaw had requested to use tear gas in at least one other incident during the protests and that she was present on an overpass, but not in command, when protesters made their way onto the highway before less-than-lethal munition and gas were deployed.

Outlaw on Thursday countered both allegations. She said she could not remember whether she asked to deploy tear gas on the first night of the protests, but she does not believe she would have thought it was warranted for property damage.

She also said she was not present when tear gas was being fired at the protesters on the highway, but arrived at the overpass after it had already been used.

Outlaw stressed that the use of tear gas “was not predetermined.”

The new details in the report prompted the editorial board of The Philadelphia Inquirer to call for Outlaw to resign. Outlaw said Thursday she had no plans to resign and the mayor had not asked her to step down.