Pittsburgh Penguins' Jake Guentzel, left, puts a shot under the glove hand of Washington Capitals goaltender Ilya Samsonov (30) for a goal during a shootout in an NHL hockey game in Pittsburgh, Sunday, Jan. 17, 2021.

Rutherford, whose contract was set to expire in June, cited “personal reasons” behind the decision. 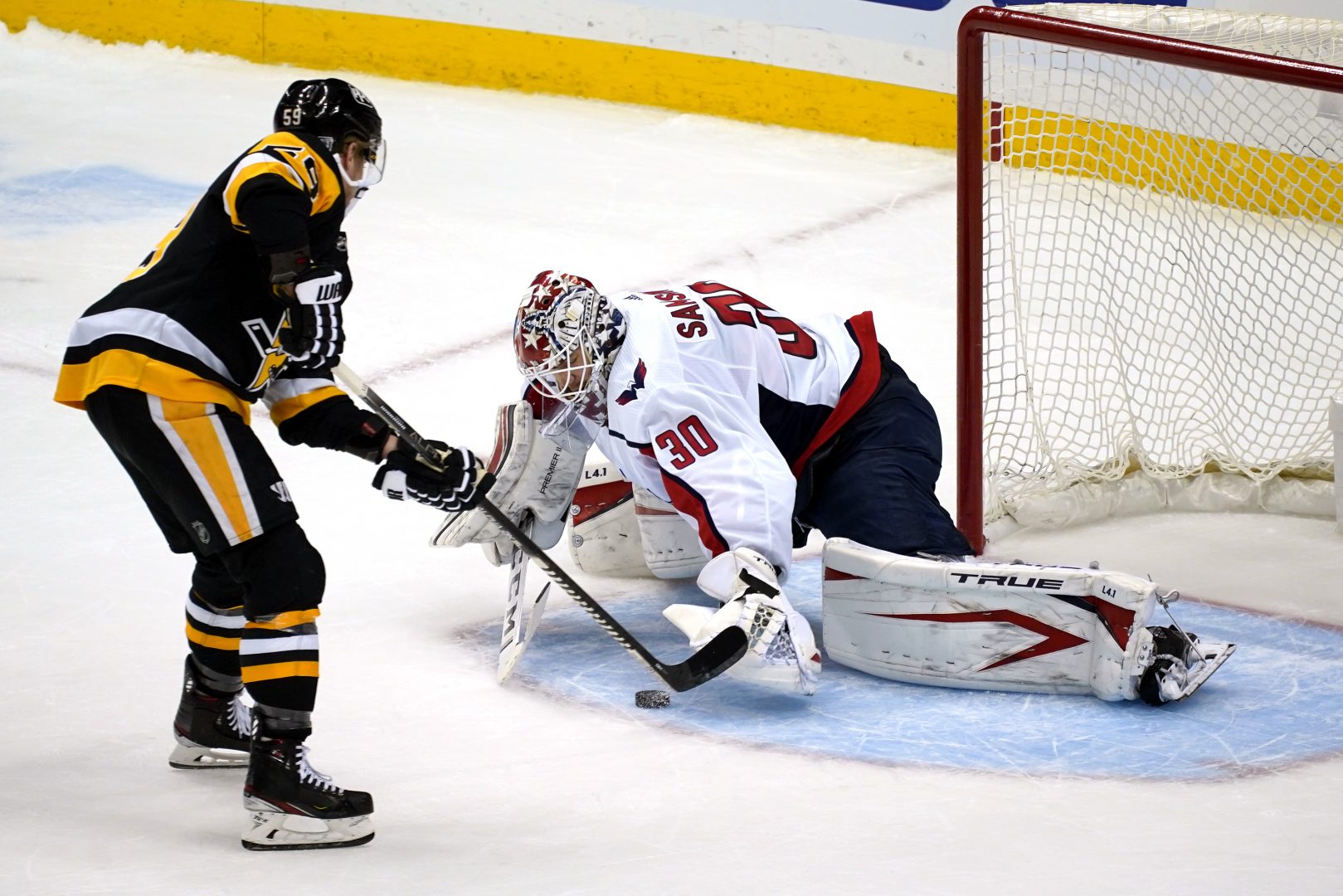 Pittsburgh Penguins' Jake Guentzel, left, puts a shot under the glove hand of Washington Capitals goaltender Ilya Samsonov (30) for a goal during a shootout in an NHL hockey game in Pittsburgh, Sunday, Jan. 17, 2021.

(Pittsburgh) —  Jim Rutherford arrived in Pittsburgh in the summer of 2014 tasked with jumpstarting a star-laden but stalled franchise to life.

By the end of his third season as general manager, the Penguins became the first team in a generation to win consecutive Stanley Cup titles.

Those banners will serve as long-lasting reminders of the success of Rutherford’s tenure, one that came to an abrupt end on Wednesday when the 71-year-old Hall of Famer resigned just two weeks into the abbreviated 2021 season.

Rutherford, whose contract was set to expire in June, cited “personal reasons” behind the decision. He told team president and CEO David Morehouse on Tuesday night and confirmed it again when the two spoke Wednesday morning.

“It just got to a point that I decided my time was up here,” Rutherford told The Associated Press.

Rutherford, who was inducted into the Hockey Hall of Fame in 2019, stressed the move had nothing to do with his health. 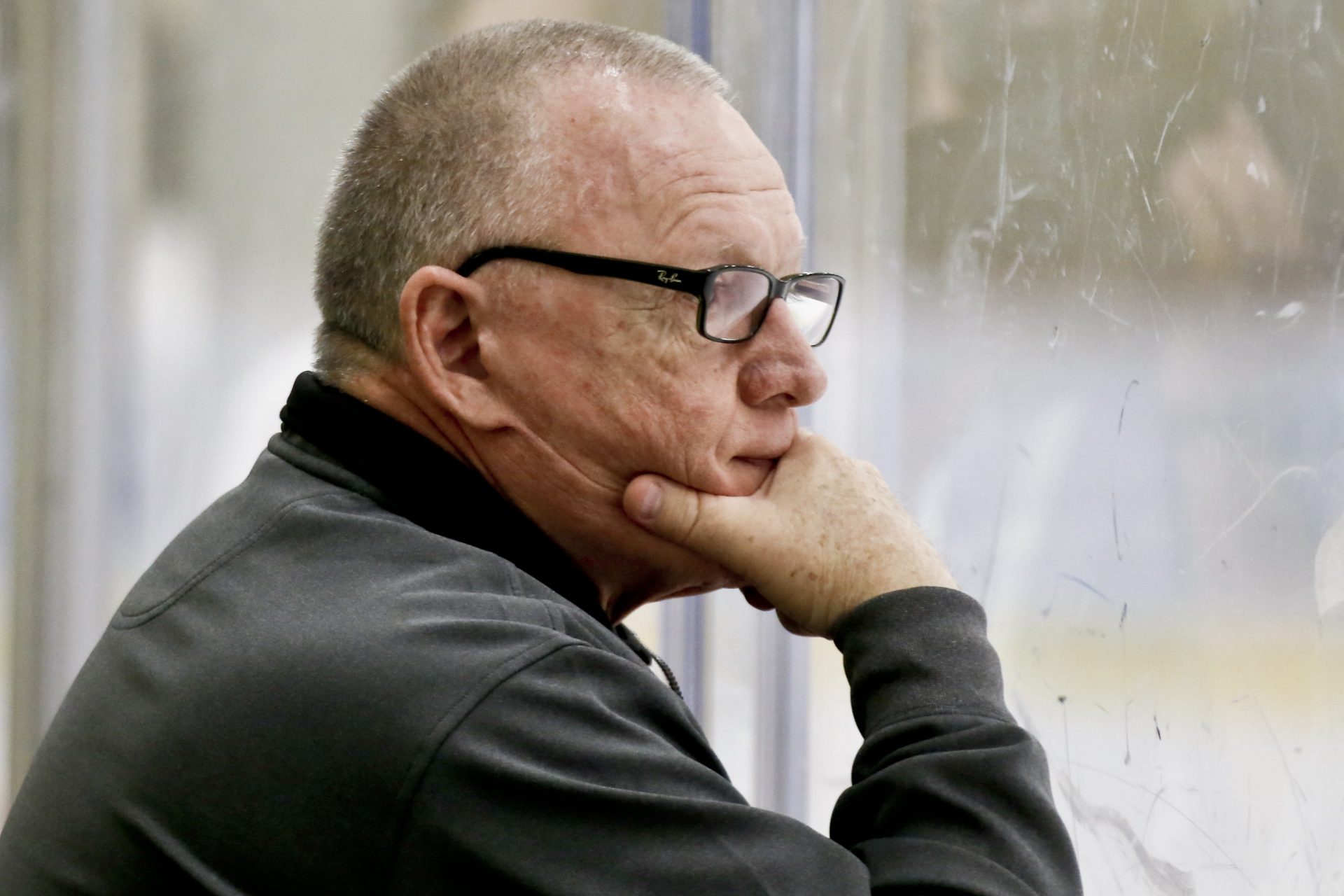 “I know everybody wants to refer to my age all the time,” Rutherford said with a laugh. “The guy who has the toughest job in the world, who just got elected (78-year-old U.S. President Joe Biden) is way older than me … I feel good, I feel good and healthy and if there’s an opportunity that presents itself (I will listen).”

Rutherford declined to get into specifics about whether his long-term status had anything to do with his exit.

“I really don’t want to get into that,” Rutherford said. “They didn’t push it aside. As an organization, they’ve treated me first class.”

Morehouse dismissed the notion that internal strife within upper management led to Rutherford’s departure and demurred when asked if it came as a surprise.

“Shocking, I’m not sure ‘shocking’ is the right word,” Morehouse said. “I think he’s accomplished a lot here and I think he still has things he wants to do.”

Rutherford did plenty in Pittsburgh after replacing Ray Shero in June 2014. Though Shero had guided the Penguins to a Stanley Cup in 2009, Pittsburgh’s momentum had subsided even with Sidney Crosby and Evgeni Malkin in their prime.

The nadir came following a blown 3-1 lead to the New York Rangers in the second round of the 2014 playoffs. Shero was fired and replaced by Rutherford, a journeyman goaltender during a 13-year NHL career before a long run as general manager with the Hartford Whalers/Carolina Hurricanes, which won the franchise’s only Stanley Cup in 2006 with a roster put together by Rutherford.

Following an uneven first season in which the Penguins made little headway under head coach Mike Johnston — Rutherford’s hire to replace Dan Bylsma — Rutherford’s rebuild picked up steam in December 2015 when he replaced Johnston with Mike Sullivan and created a roster around Crosby and Malkin built on speed.

Trades for defensemen Trevor Daley and Justin Schultz and forwards Carl Hagelin and Nick Bonino and the eventual arrival of prospects such as forwards Bryan Rust and Jake Guentzel made the Penguins deep and dangerous. Sullivan’s blunt leadership galvanized the group and Pittsburgh raced its way to Stanley Cup victories over San Jose in 2016 and Nashville in 2017.

“Jim’s legacy is that two Stanley Cup banners are hanging in our building and the personal relationships he’s made within the organization, within the hockey world and in the grocery store,” Morehouse said. 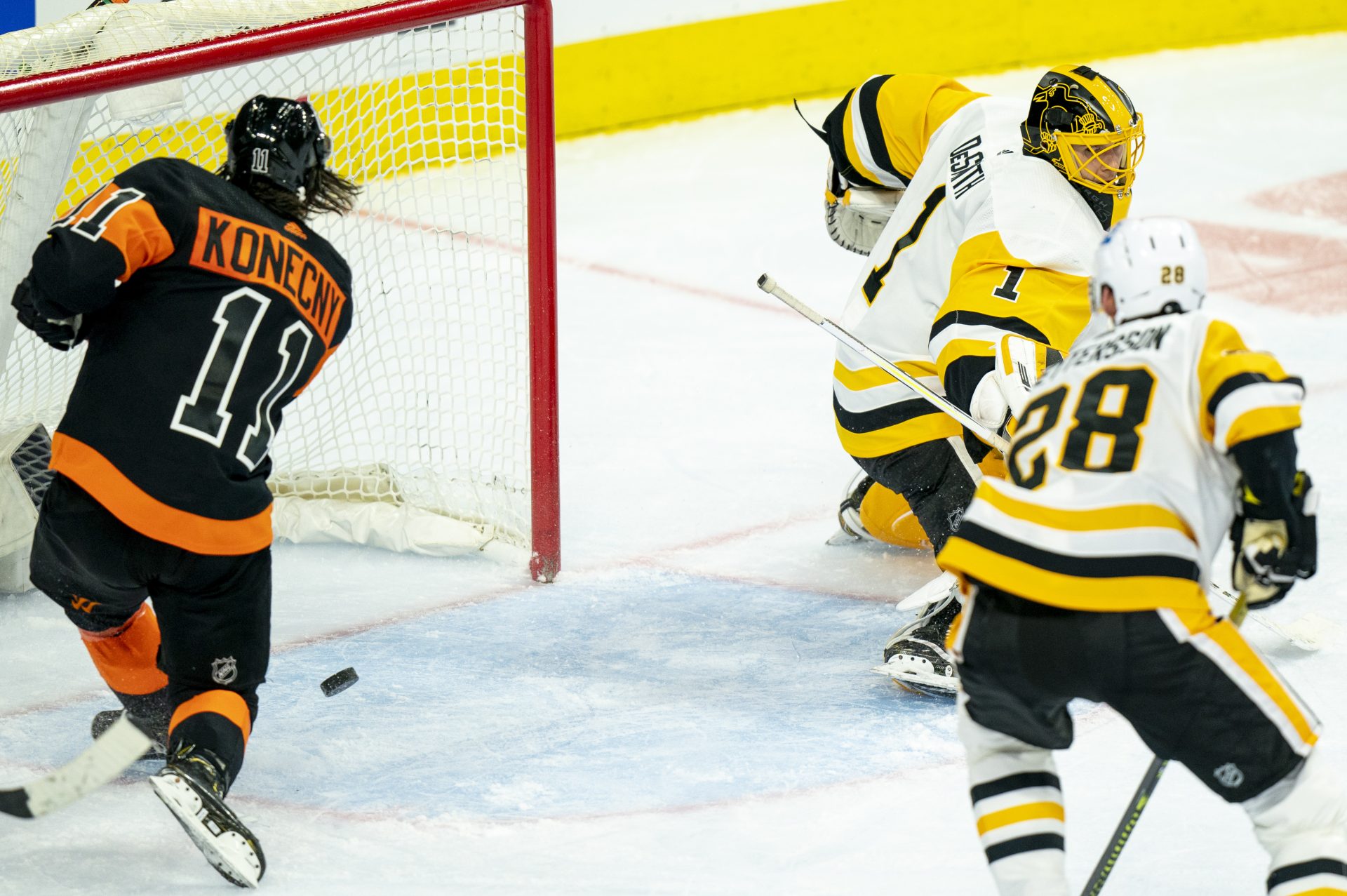 Rutherford raised eyebrows early in his tenure by floating out a potential timetable on the length of his involvement. He quickly walked it back, however, and signed a three-year contract extension in November 2018.

Even as Pittsburgh slumped in recent postseasons — losing in the opening round in 2019 and 2020 — he remained committed to keeping the championship window open, though he did revamp the coaching staff around Sullivan over the summer following a stunning playoff upset at the hands of Montreal.

He traded away popular but aging forward Patric Hornqvist and goaltender Matt Murray — both of whom vital parts of the team’s Cup runs — and acquired younger players such as Kasperi Kapanen in an attempt to get back some of the speed and drive the team lacked in recent years.

Pittsburgh is off to a 4-2-1 start, and even with Rutherford no longer part of the organization, Morehouse insisted the team remains committed to hanging more banners at PPG Paints Arena in the near future.

“For now we are looking for someone who can come in and continue having us work toward winning another Cup,” he said.

Allvin will be in the mix to be Rutherford’s permanent replacement. Allvin has been a fixture in the Penguins organization since 2006, beginning as a scout before eventually serving as the director of scouting from 2017-20 before being promoted to assistant general manager last November.

Morehouse said Allvin will have the freedom to make personnel moves as he sees fit until the job is permanently filled, with co-owner and Hall of Famer Mario Lemieux serving as a sounding board. While acknowledging Rutherford’s absence will hurt at a personal level because of the relationships he’s forged, Morehouse believes Rutherford’s departure is not a setback.

“As long as everybody is playing the way they’re capable, this team could go on a good run,” he said. “But they’ve got to get healthy. They’re fast and hard to play against. If they get that good goaltending, they have a chance to make a run.”