The Long Song on Masterpiece 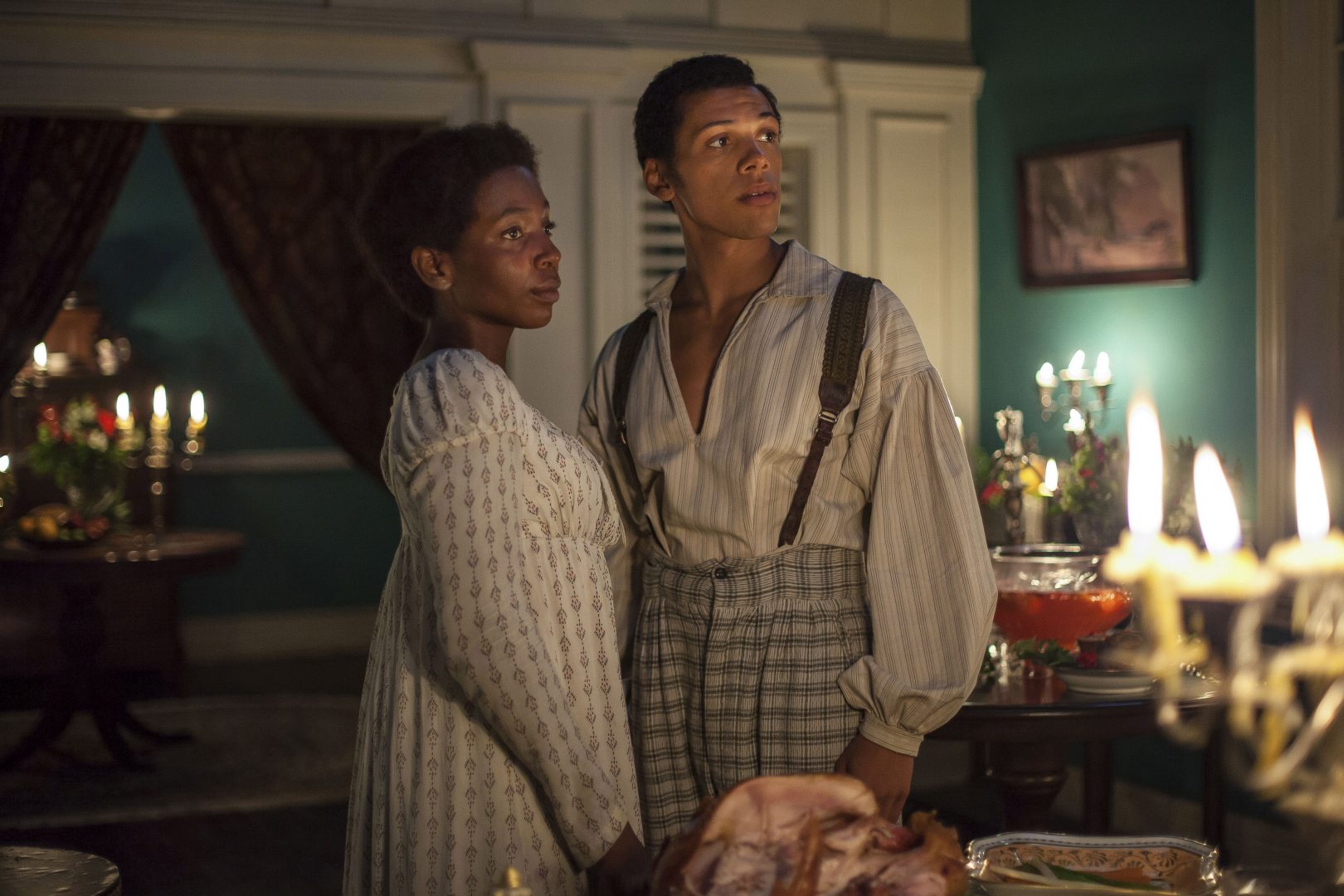 Based on the award-winning novel by Andrea Levy, the miniseries airs in three parts on Masterpiece, Sundays, January 31 – February 14, at 10:00pm on WITF.

The Long Song is framed by the reminiscences of July (played as a young woman by Lawrance), who grew up as a slave on a sugar plantation in Jamaica and is now looking back on her life. In extended flashbacks, she recounts her tumultuous story, which has been shaped by villains, heroes, and well-meaning people who are an unsettled mix of the two.

First there are July’s parents: Her mother, Kitty (Duncan-Brewster), is a stoic field slave. Her father is the brutal Scottish overseer of the plantation, Tam Dewar (Brown), who regularly rapes Kitty.

As a young girl, July is callously taken from her mother at the whim of Caroline (Atwell), the sister of the plantation owner, John Howarth (Bill). Caroline wants July for a lady’s maid and bestows on her a more genteel name, Marguerite.

July grows up catering to Caroline’s impulses, surrounded by other slaves, including the canny Godfrey (Henry), the spiteful Molly (Antoine), and the haughty Clara (Mantock). There is also the debonaire Nimrod (Bolger), who has bought his freedom and fancies July, promising her a fairy-tale life with him.

A moment of truth arrives with the Christmas Rebellion of 1831, a slave uprising that heralds the end of official slavery in Jamaica and other English colonies—but at a great cost in lives, including some who are near and dear to July. In the aftermath, a handsome new overseer, Robert Goodwin (Lowden), rides into the story. He will set hearts aflutter, establish an enlightened tone with the emancipated slaves, and play a tragic role in the fates of all.

Watch The Long Song on Masterpiece in three parts beginning Sunday January 31 at 10:00pm.  The series will be available through the PBS Video app live and on-demand. Older series from Masterpiece such as Poldark and Sanditon are available to WITF Passport members. Learn how you can become a member of WITF and enjoy this member benefit today!

Can we listen to each other?