The Senate voted, 28-20, in a clash that fell largely along partisan lines.

(Harrisburg) —  The Republican-controlled Senate passed a measure Tuesday to take some emergency management power away from Pennsylvania’s governors as lawmakers struck out at Gov. Tom Wolf’s handling of the pandemic response.

The Senate voted, 28-20, in a clash that fell largely along partisan lines. Every Republican backed it, while every one of Wolf’s fellow Democrats, except for one, opposed it.

Passage by both the House and Senate before Feb. 18 can ensure that it gets on Pennsylvania’s May 18 primary ballot, when it can go to voters for a final decision in a statewide referendum. 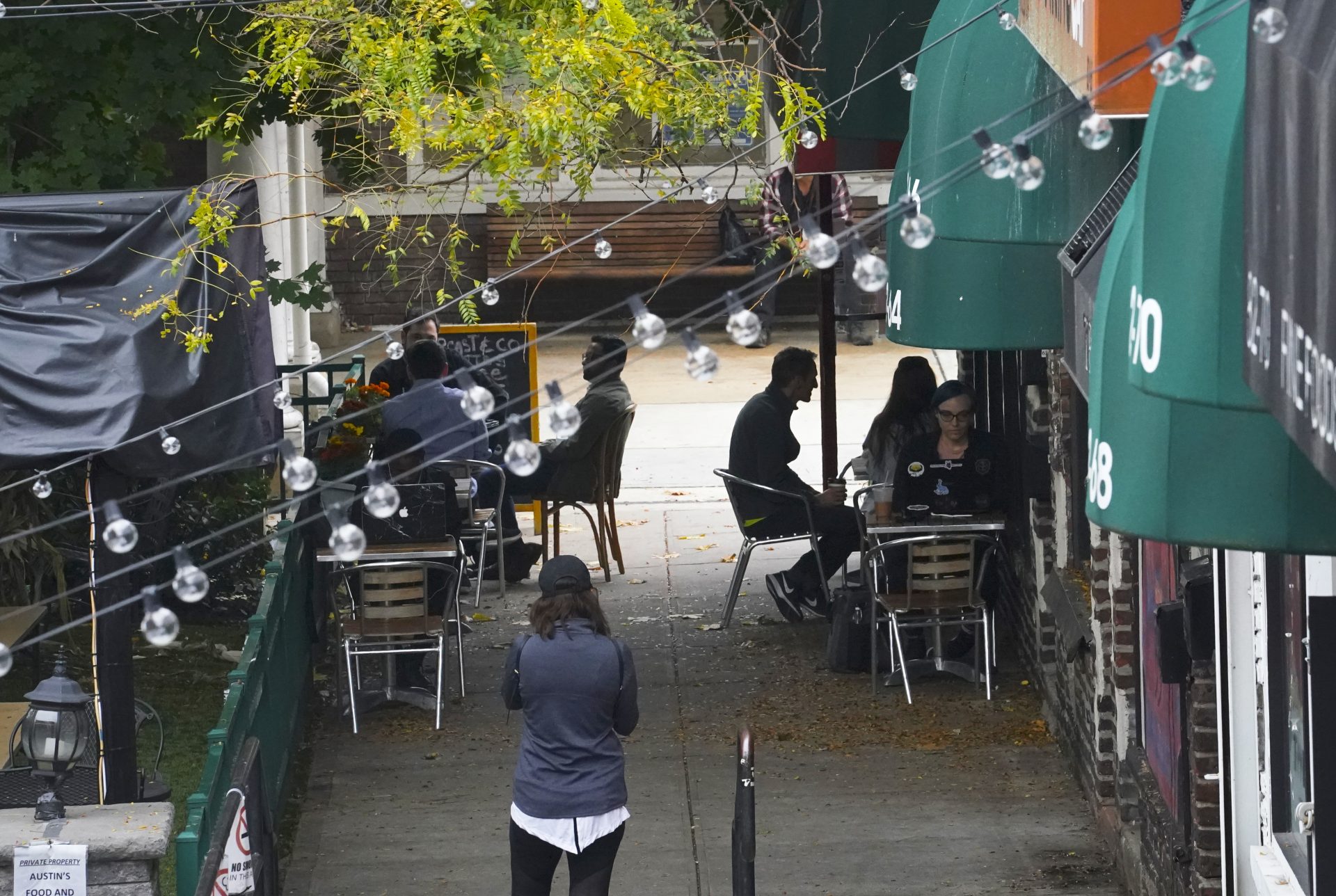 Customers sit outside a restaurant offering outdoor service, Thursday Oct. 22, 2020, in Kew Gardens in the Queens borough of New York. Gov. Andrew Cuomo is easing restrictions slightly in some coronavirus hot spots in New York City, but adding them in areas along the Pennsylvania border as the state recorded more than 2,000 new infections in a single day for the first time since mid-May. (AP Photo/Bebeto Matthews)

During floor debate, Republicans used words like “monarchy,” “authoritarian” and “dictator” to describe Wolf’s business shutdown orders that were designed to stem the spread of the coronavirus. Pennsylvania’s 90-day disaster declarations last substantially longer than just about every other state’s and require additional accountability to the Legislature, supporters say.

Courts have repeatedly backed Wolf’s use of his emergency power to issue masking orders or limit business activity during the pandemic. In any case, Wolf’s administration has said lifting the emergency disaster declaration would not affect powers such as those, which rest on the state’s Disease Prevention and Control Act.

Wolf otherwise has said that inserting lawmakers into disaster declarations would politicize the state’s emergency response mechanisms and hinder its ability to respond effectively to disasters.

Lifting the declaration now would leave Pennsylvania as the only state without such an order in place and cost it federal aid, Wolf’s office has said.

Wolf first issued an emergency order in early March for 90 days, the maximum allowed, and has since extended it every 90 days.

Under state law, an emergency disaster declaration gives governors the authority to issue or rescind executive orders and regulations, access stockpiles of emergency supplies and equipment and suspend laws or regulations that govern state agencies.

Executive orders have the force of law, under emergency disaster law.

What we know about Scott Perry, Trump, the DOJ and the plan to overturn Georgia’s election