Lights surround the Lincoln Memorial Reflecting Pool, placed as a memorial to COVID-19 victims Tuesday, Jan. 19, 2021, in Washington, after President-elect Joe Biden spoke, with the U.S. Capitol in the background.

Deaths of despair: How the pandemic may be fueling lethal drug overdoses

"He was lonely. He was depressed. He didn't have a reason any more to get up and keep going." 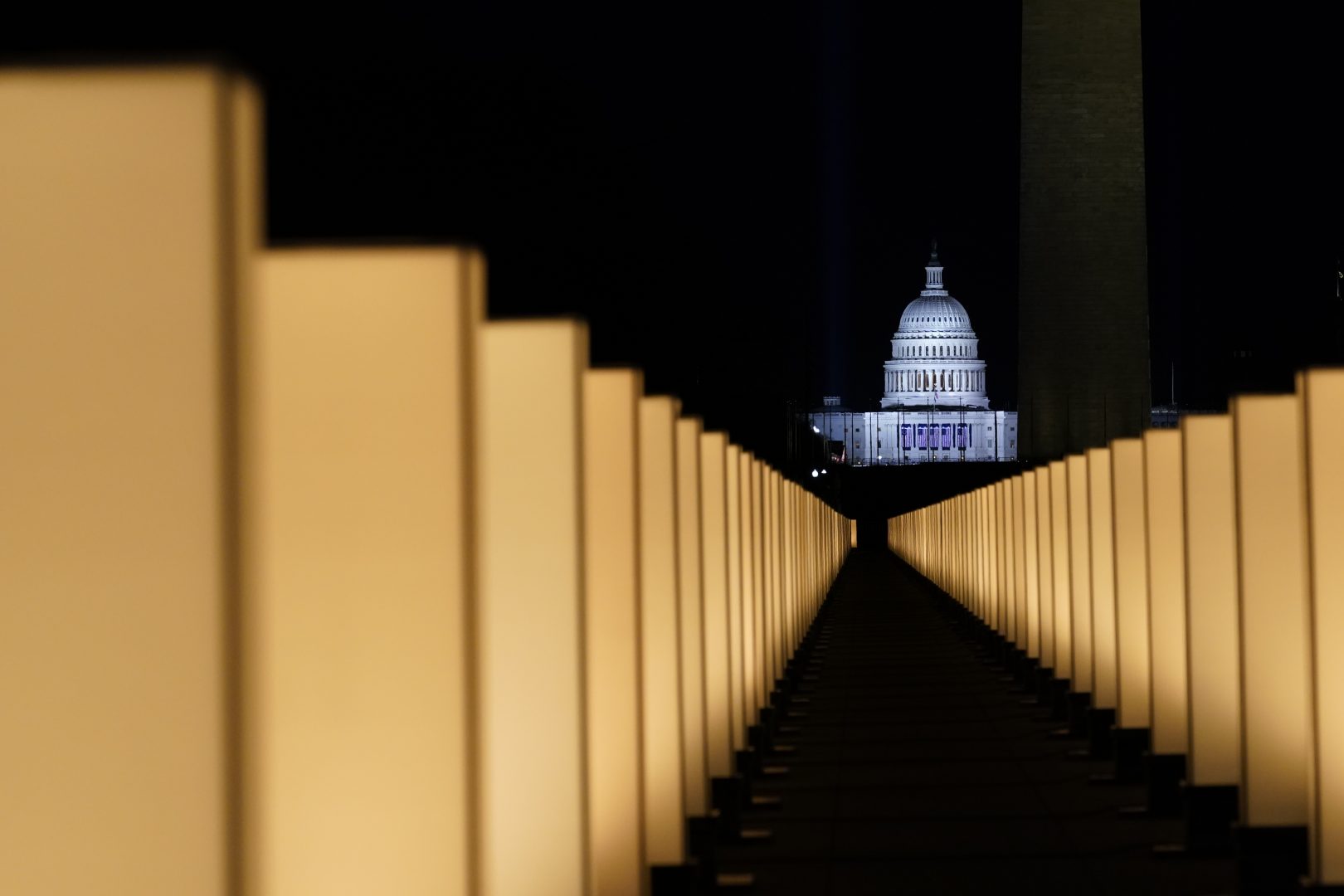 Lights surround the Lincoln Memorial Reflecting Pool, placed as a memorial to COVID-19 victims Tuesday, Jan. 19, 2021, in Washington, after President-elect Joe Biden spoke, with the U.S. Capitol in the background.

(Washington) — Karen Butcher’s son Matthew struggled for years with an addiction to opioids. She’s convinced the pandemic made it worse.

The restaurant in Scott County, Ky., where Matthew worked as a bartender closed before the pandemic, and soon other establishments, from restaurants to stores, followed suit as states imposed lockdowns.

“One day you’re a bartender and you’re serving people and having a great time at it and then the next day the doors are closed,” Butcher recalls. “Then COVID hits. It was the perfect storm.”

Butcher says her son was increasingly isolated, just at a time when his unemployment checks were starting to come in.

“He was lonely. He was depressed. He didn’t have a reason any more to get up and keep going,” she said. “And then, all this money flows in because of unemployment. So you’re isolated, you have lots of money, and your coping skill has always been drug use.”

Matthew died of a drug overdose, alone in his apartment, last May.

Ordinarily, a spike in unemployment doesn’t lead to a spike in overdose deaths. People who aren’t working often don’t have the money to buy drugs.

But University of Chicago economist Casey Mulligan says the COVID recession is unusual. Federal relief payments put more money in people’s pockets last spring, just as many of the usual ways to spend it were closed off.

“Vacations or eating out or anything group oriented — going to a sports game, concerts, bars. And that kind of left the sort of things that you do by yourself,” Mulligan said. “Taking opioids is something that people can do by themselves.”

Mulligan, who was a White House economist in the Trump administration, argued in a recent working paper that increased isolation during the pandemic may have contributed to rising “deaths of despair” — that is, suicides, alcohol-related deaths and especially drug overdoses.

It’s an argument the Trump administration often made against government stay-at-home orders, though Mulligan admits the pandemic itself may be isolating. His paper pointed to an increase in “deaths of despair” during the pandemic. 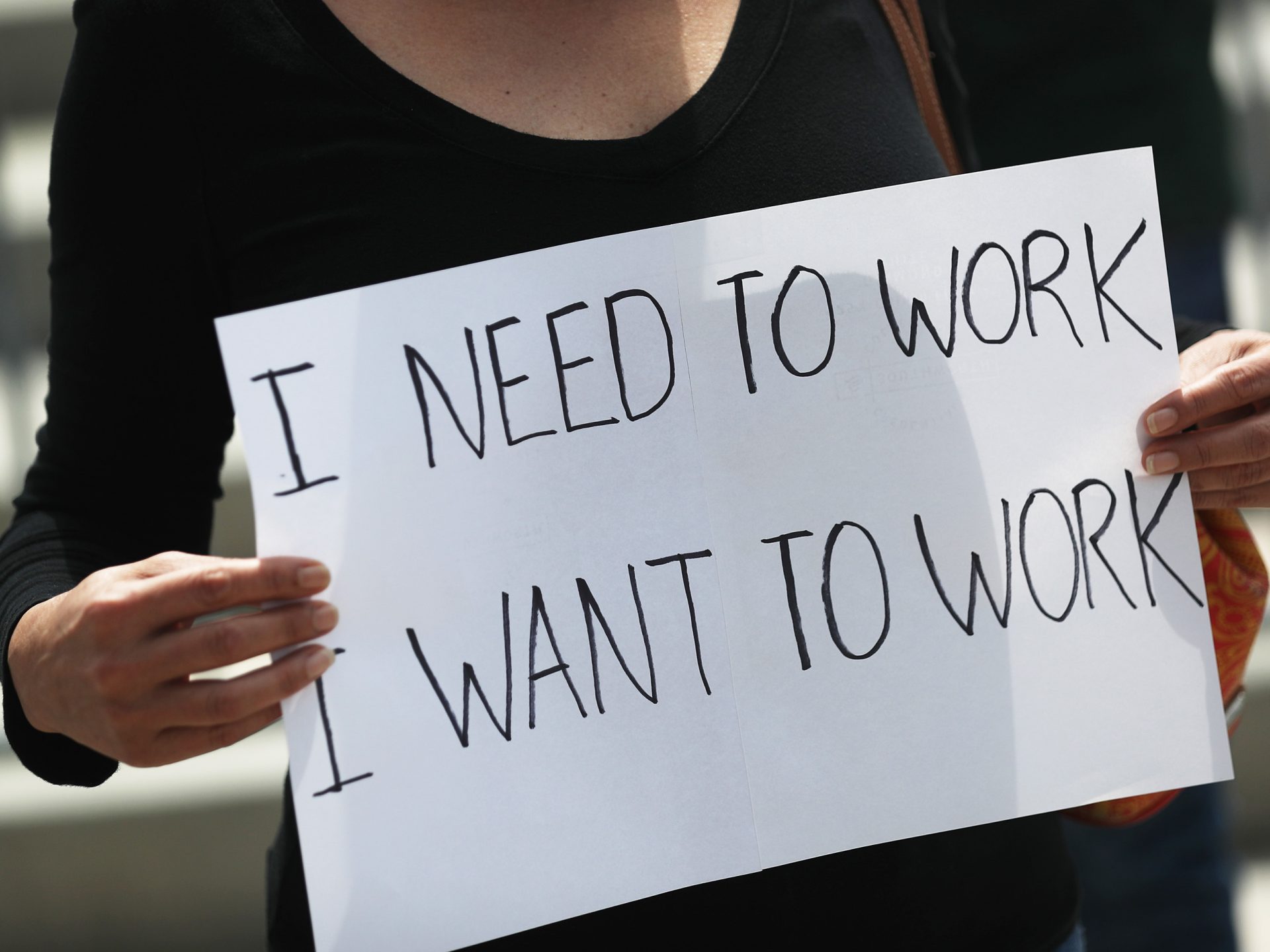 A protester holds a sign as she joins with restaurant owners, workers and supporters on July 10, 2020, to protest measures in Miami to close indoor seating amid a rise in coronavirus cases. The number of unemployment claims rose for a second week, reinforcing concerns about the economy.

“It’s not a happy time when you’re not with other people. Most people are social,” Mulligan said in an interview. “And the pandemic has been anti-social. Whether it’s voluntary quarantine or mandatory is a separate question. People have definitely been alone more.”

And a person who accidentally overdoses alone may be at greater risk of dying, since there’s no one else around to call for help, or administer life-saving medicine like naloxone.

The Centers for Disease Control and Prevention warned last month that the pandemic may have contributed to a rise in deadly drug overdoses.

But Princeton economist Anne Case, who co-authored a book on deaths of despair, is wary of putting too much blame on the pandemic. She notes that overdose deaths were already climbing sharply the year before the coronavirus took hold. Case suspects a bigger problem is the nationwide spread of fentanyl, a powerful synthetic opioid.

“There’s this horribly dangerous, deadly drug on the market that is responsible for this explosion of drug overdoses,” Case said.

Fentanyl used to be rare west of the Mississippi, but it’s now found throughout the country. 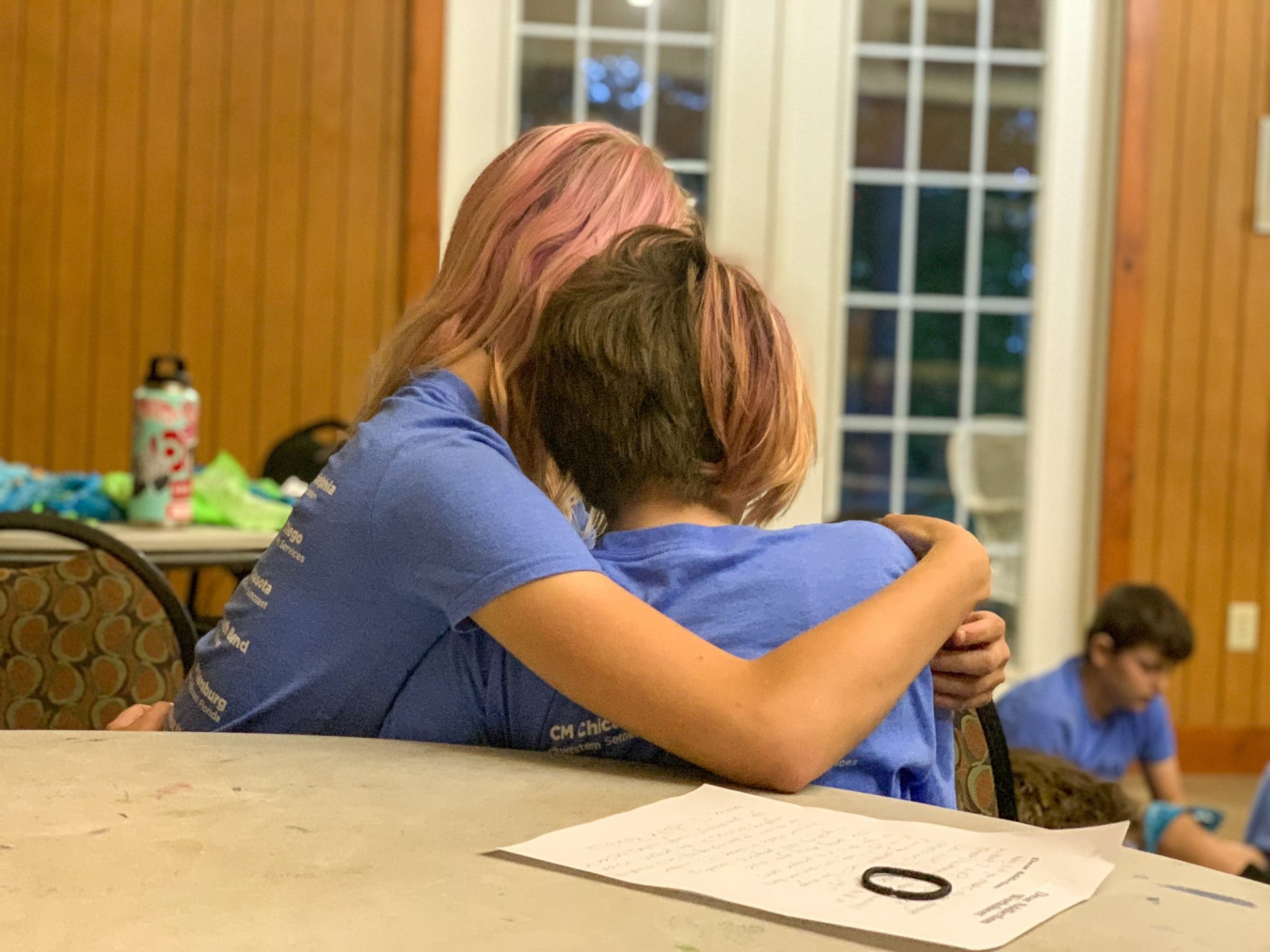 Two 12-year-olds comfort each other while sharing stories about their families. Some say it’s only at camp that they don’t feel alone because they meet other children in their situation. Some children have seen their parents overdose and some have had to call 911. Many have been taken away to foster care multiple times.

Chris Permoda overdosed on fentanyl in Arizona last July, just over a month after his mother drove him home from prison.

“When they found him, they found one needle out the package,” Mary Permoda recalled. “So that was the first time he had used since he got out. And he died — first dose.”

While the powerful opioid was the direct cause of her son’s death, Mary Permoda has no doubt that the pandemic was also a factor.

Permoda says her son tried desperately to find an in-person support group last year, even suggesting he might start his own meeting in a parking lot, if necessary. Zoom counseling and on-line support groups just weren’t working for him.

“He craved being part of a group that understood what he was going through, in person. And it just couldn’t happen,” Permoda said. “So yes, I believe it impacted it greatly.”

Both Mary Pomoda and Karen Butcher have found their own comfort and support through a group called Parents of Addicted Loved Ones, or PAL. Butcher said for her, it’s been a lifeline.

“Everybody needs a group of people who are walking a similar path,” she said. “We laugh, we cry, we pray, we learn. And we become a family who learns it’s a common language.”

Pomoda says this family — united by their loved ones’ addiction — is growing all too quickly.

“This is an epidemic second to coronavirus, I’m here to tell you,” she said.

Drug overdoses, suicides, and alcohol-related deaths killed 165,000 Americans in 2019. Princeton’s Case warns that while vaccines will eventually provide relief from the deadly coronavirus, finding a way to immunize people against these deaths may be even harder.

“Once COVID is in the rear-view mirror, we still have a lot of work to do to try to bring down the numbers of people who are dying annually in the U.S. from suicide, drug overdose, and from alcohol,” Case said.