Solicitor General Noel Francisco arrives for a ceremony for the 18th anniversary of the Sept. 11 attacks at the Department of Justice, Wednesday, Sept. 11, 2019, in Washington.

Historically, the solicitor general's office, which represents the government in the Supreme Court, is known for its relative insulation from politics and adherence to its traditional role as the government's advocate. 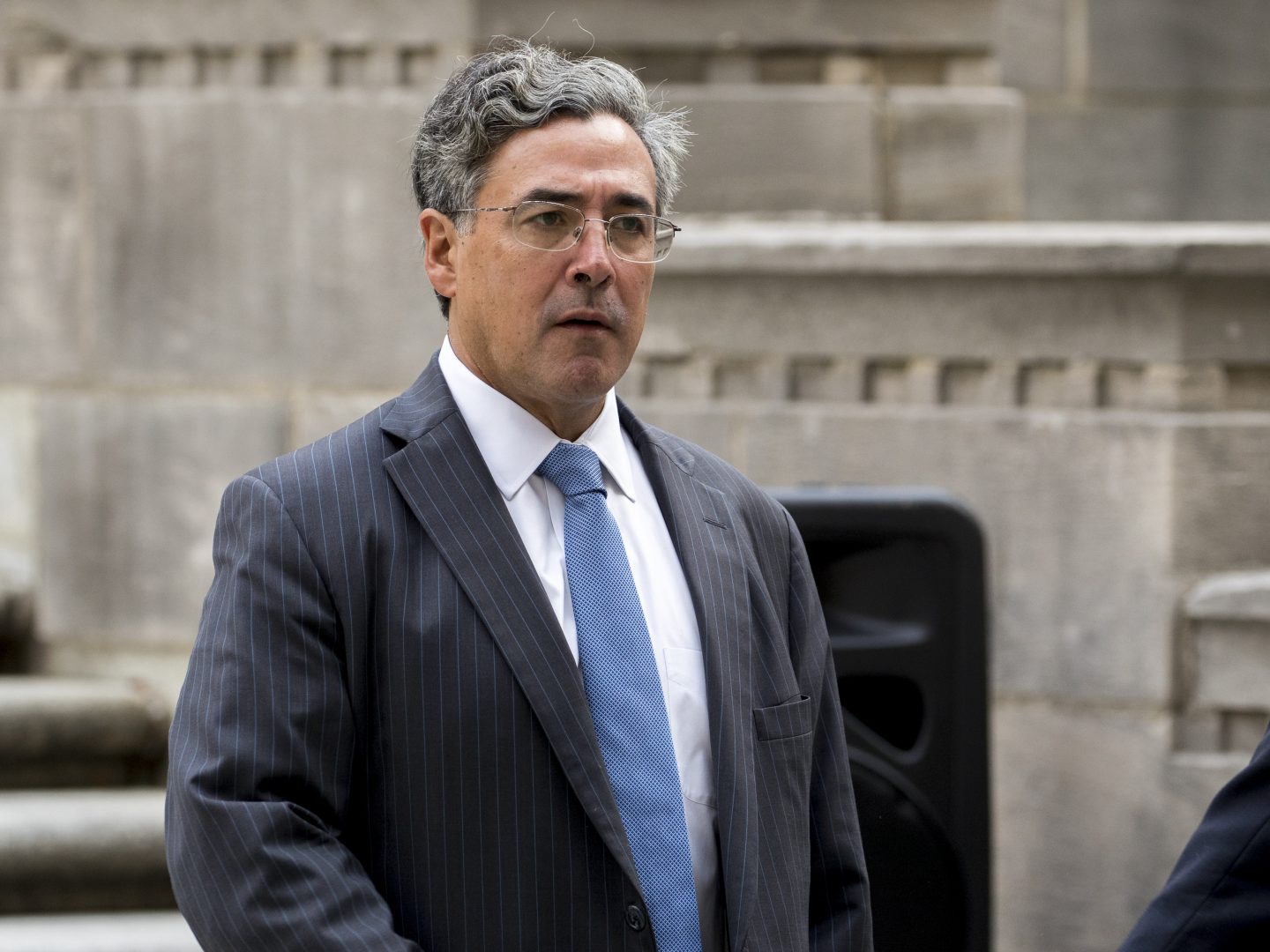 Solicitor General Noel Francisco arrives for a ceremony for the 18th anniversary of the Sept. 11 attacks at the Department of Justice, Wednesday, Sept. 11, 2019, in Washington.

(Washington) — The Biden administration faces some tough choices in the coming weeks over how it should deal with the Supreme Court.

The justices have already heard arguments or agreed to hear them in more than 60 cases this term. In most of these cases, the Trump administration has already taken a position on behalf of the U.S. government. While the Biden administration may oppose many of the Trump positions, it knows that the justices do not look kindly on the government flip-flopping.

At the beginning of the Obama administration, when Neal Katyal came in as acting solicitor general and reviewed all the prior George W. Bush administration positions, “we decided we were not going to switch in a single one of them,” he says. “Not one.”

As Katyal observes, the Bush administration had largely followed the tradition of defending laws enacted by Congress, even laws that Republicans generally opposed. With rare exceptions, that is one of the traditional jobs of the SG. But the Trump administration did not adhere to that norm.

The court has already heard arguments in the case, so the question for the Biden administration is this: Should it weigh in at this late date or let sleeping dogs lie?

Because the Justice Department’s position in a variety of ways violated so many legal norms, “the case for informing the court that the Justice Department no longer stands behind those briefs, I think is stronger than it would be for a lot of cases,” says Case Western University law professor Jonathan Adler.

Katyal says he would go further, not only withdrawing the Trump administration brief but filing a new one in its place.

Still, the Biden administration knows there will be lots of times in the future when it is trying to persuade a very conservative court to leave undisturbed the policy positions of a far more liberal administrations, positions that, as a pure policy matter, the conservative justices likely disagree with. So the new administration doesn’t want to start out by burning its bridges if it doesn’t have to.

“I do think some of these cases are very specific to President Trump, as opposed to just the presidency,” he says.

Among those are lawsuits brought by Congress, seeking information from Trump White House officials; lawsuits brought by business competitors against Trump for allegedly profiting from his office in violation of the Emoluments Clause in the Constitution; and a case brought by Trump critics when he tried to block them from his government Twitter account.

Although the Trump administration filed briefs in all of these, appealing losses in the lower courts, the Supreme Court has not yet agreed to hear them. So the Biden administration could ask the court to dismiss them as moot because Trump is no longer president.

Even the case testing whether the Trump administration could use Defense Department funds to build the border wall when Congress had refused to appropriate the money may disappear because President Biden has already reversed Trump’s executive order on the wall funding.

But lots of other cases present sticky problems for a new administration that seeks the court’s goodwill but at the same time views the existing Trump administration legal positions as anathema.

Paul Clement, who acted as the incoming solicitor general when the Bush administration took over from the Clinton administration, advises that the best strategy is to take the long view.

“I would tell them to really think long and hard before changing positions unnecessarily,” he says. “That doesn’t mean they can’t change their positions on issues that are absolutely central to them, but it shouldn’t be something they do lightly.”

“You don’t want to look like everything changes with every election,” he says, adding: “The court expects a certain degree of consistency about the nature of the Executive branch positions and interest … and the solicitor general’s office will have to be sensitive to that. ”

Supreme Court advocates from conservative to liberal note that the Trump administration put an enormous amount of pressure on the court as an institution. To cite just one example, it regularly leap-frogged over appeals courts, going directly to the Supreme Court to block decisions it didn’t like from federal trial courts.

Trump’s SG did that, in fact, a record 41 times, compared to the Obama and Bush administrations which together did that a total of eight times. The Trump administration defenders point out that Trump Solicitor General Noel Francisco succeeded more than most would have predicted. Nonetheless, if the Biden administration is able to ease that pressure, the justices are likely to appreciate it.

That, however, may not be so easy, observes University of Texas law professor Stephen Vladeck. “Frankly,” he says, “it’s going to be a “real headache for all involved,” not just the solicitor general, but the court, too.