WASHINGTON, DC - AUGUST 06: Members of the Herndon-Reston Indivisible group take part in the #KremlinAnnex singing protest in front of the White House on August 6, 2018 in Washington, DC. (Photo by Shannon Finney/Getty Images)

With Biden in place, the ‘resistance’ tries to pivot from defense to offense

"We saw this from the Tea Party themselves during the Obama years," he said. "After Obama lost his House majority and then the Senate majority, the House passed a repeal of the Affordable Care Act literally dozens of times."

(Washington) — When Ezra Levin and his wife, Leah Greenberg, founded the progressive group Indivisible in 2016, they widely circulated a handbook on “resisting the Trump agenda.” It took tactical lessons in grassroots politics from the Tea Party, which had prominently resisted President Barack Obama’s agenda.

There’s another lesson Levin now thinks progressives can take from the conservative Tea Party: It’s easier to oppose a policy than to advance one.

“We saw this from the Tea Party themselves during the Obama years,” he said. “After Obama lost his House majority and then the Senate majority, the House passed a repeal of the Affordable Care Act literally dozens of times.”

Then in 2016, Republicans won the House, the Senate and the presidency and still couldn’t pass an Obamacare replacement — a loss for the GOP and a win for groups such as Indivisible that opposed it.

“They were met by Indivisible groups and others pushing back against it, making it as difficult as possible to do politically, and they ultimately failed,” Levin said.

Now, with Democrats controlling the White House, the House and — by the slimmest possible margin — the Senate, Indivisible has updated its handbook, telling its nationwide network of groups how to be most effective in their advocacy. The goal: Turn from resisting one agenda to assisting in shaping a new one.

And they’re not alone. A wide swath of organizations that came to be known as the “Resistance” are facing the question of how to go from defense to offense.

That pivot is tough, says Dana R. Fisher, a professor of sociology at the University of Maryland and author of the book American Resistance.

“Basically, there’s historic precedent that when Democrats win, movements die,” she said. “I mean, they call Democratic successes the graveyards of progressive movements and campaigns.” 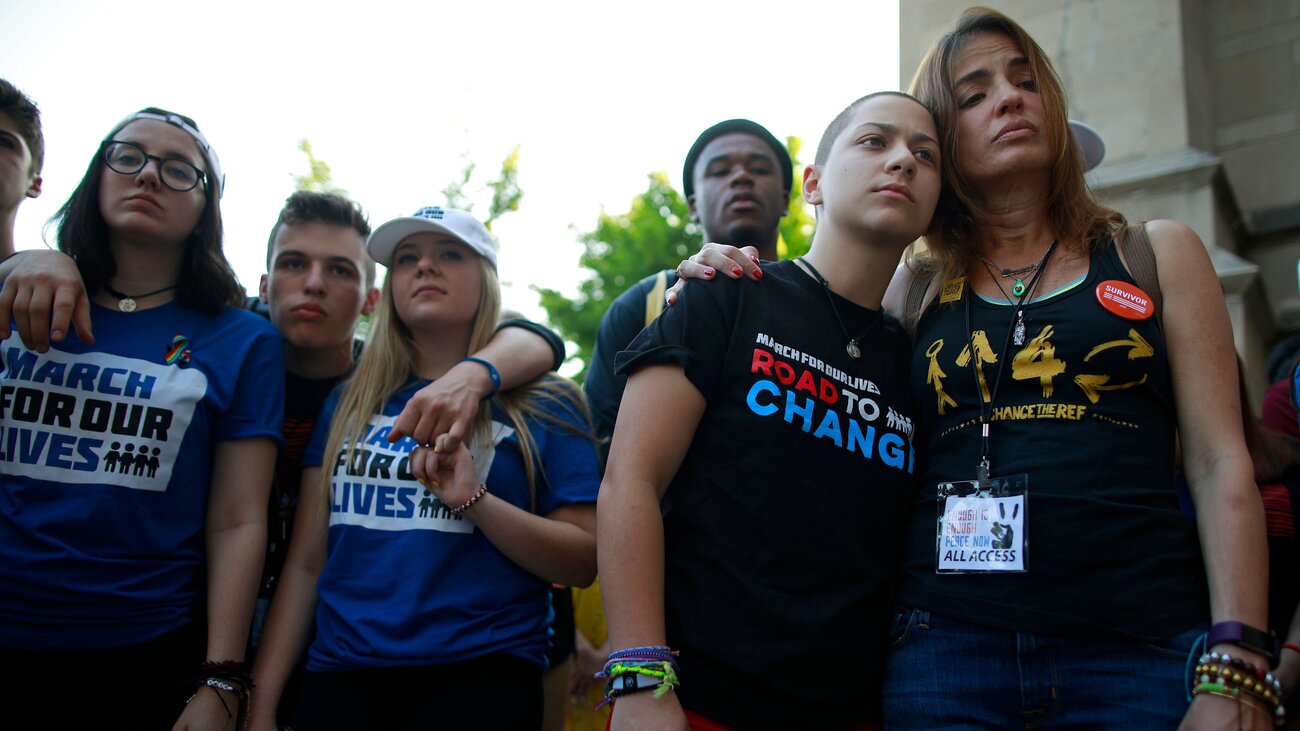 A defining characteristic of the Resistance was its breadth in terms of what different groups cared about. March For Our Lives, for instance, brought together young Americans in favor of gun control. Jim Young/AFP via Getty Images

A defining characteristic of the Resistance was its breadth in terms of what different groups cared about. The initial Women’s March featured people advocating for a broad range of causes, including abortion rights, racial justice and transgender rights. The March For Our Lives brought together young Americans in favor of gun control. The Sunrise Movement fought for climate protections.

That massive range of interests managed to be unified because they were all in opposition to former President Donald Trump.

“It was really easy to maintain this fragile coalition,” Fisher said, “because specifically, they were basically playing defense: ‘Do not roll back health care.’ ‘Do not roll back environmental regulations.’ ‘Do not try to deport Americans,’ you know, etc., and so forth. So that was very easy, and everybody worked very well together.”

To be clear, Fisher says, it’s not just groups on the left that experience a difficult transition once the party they favor takes power.

“If we look back to the Tea Party, which is the most recent movement that we could look at, a lot of people talked about how the Tea Party really was defanged once Tea Party candidates were elected to Congress,” she said.

Now, progressive groups’ strategies will shift as they try to represent their own unique constituencies.

“I suspect policy advocacy will be more of a role in all progressive organizations [than it was] over the last couple of years,” said Rachel Carmona, who’s executive director of the Women’s March. “I think, you know, we have not essentially experienced a petitionable government in the last four years.”

But not every group has the same priorities.

For their part, Women’s March proponents think that COVID-19 relief is immediately important, particularly for women of color. Carmona pointed to the fact that Black and Latina women accounted for all of the nation’s job losses in December.

“We have to be thinking about, what is the long-term effect of COVID on women and work, basically, in addition to women in health?” she said. “So right off the bat, we know we are in a situation where we need to deal with the current conditions — first things first.”

Meanwhile, Indivisible’s Levin mentioned pro-democratic reforms like Washington, D.C., statehood and the John Lewis Voting Rights Act as important priorities. And Black Lives Matter is pushing the BREATHE Act, which would shift funding from areas like incarceration to other areas like education.

It’s also not clear which of these policies Congress and President Biden might agree on. And while Biden is pursuing further COVID-19 relief, it’s unknown what other policies he will choose to spend political capital on. (He just outlined a big immigration bill.)

One additional difficulty is just keeping up energy around a cause. Patrisse Cullors, co-founder of Black Lives Matter, says the group’s goals gained attention during last summer’s protests but then were swallowed up by other concerns.

“When something is not readily in the media, folks move towards apathy or get distracted,” she said. “So this is not just a question for our electeds, but it’s a question for everybody who protested with us last summer — for the millions of people who showed up, keep showing up.”

Cullors says she considers Black Lives Matter part of the anti-Trump resistance but also more than a “Resistance” group, as it existed well before the Trump administration.

BLM has also made its own political pivot in recent months, starting Black Lives Matter PAC in fall 2020. That gives it a more formal footprint in the political world, one where it and other groups may be fighting for oxygen in coming months.

Biden action on Liberian immigrants has community in Philly hopeful