Members of CASA setting up for their event at Roberto Clemente Park in Lancaster on Saturday. 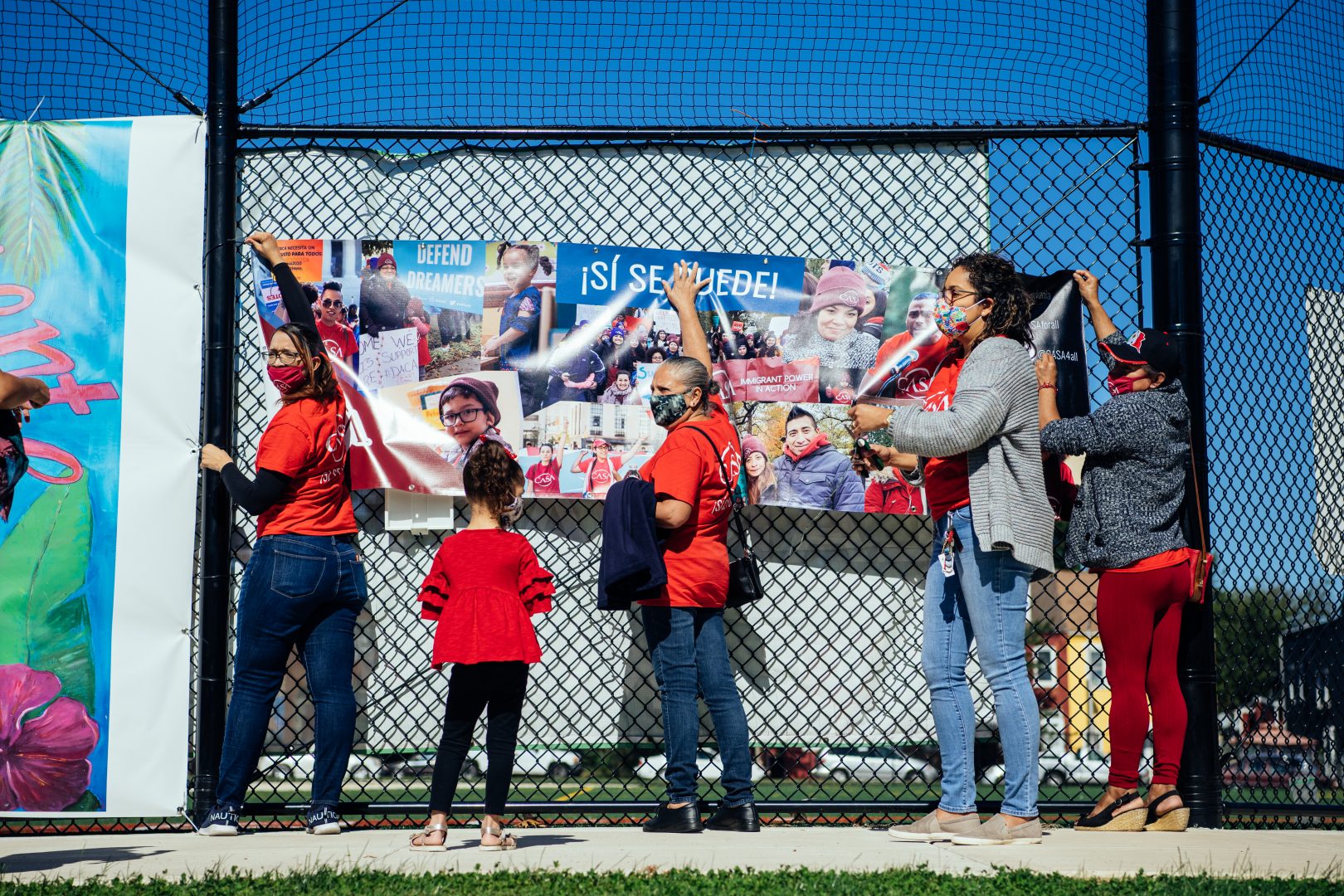 Members of CASA setting up for their event at Roberto Clemente Park in Lancaster on Saturday.

(Harrisburg) — President Joe Biden will soon try to get his immigration proposal through Congress.

As a new legislative session gets underway at the state Capitol, immigrant advocacy groups in the midstate have set their priorities for Pennsylvania.

After spending much of the fall organizing to get out the vote, members of the Latino and immigrant organization CASA are calling on lawmakers to support several initiatives, including allowing undocumented immigrants to qualify for in-state tuition at the 14 state-owned universities and community colleges.

During a video conference with members and several Democratic state lawmakers, Mary Lou Saldaña of Dauphin County said she went back to school to get her GED and wants to become a nurse. But without papers, her options are limited.

“Tuition equity and access to universities for all, regardless of immigration status will make a huge difference, not just for people like me, but also in our economy, in our communities,” she said.

Rep. Manny Guzman of Berks County said he and other lawmakers are sponsoring a bill to make in-state tuition and grants from the Pennsylvania Higher Education Assistance Agency accessible to undocumented residents.

“This is money that we can control as legislatures, to ensure that if you’re applying for a PHEAA grant here in the Commonwealth of Pennsylvania, you can get that regardless of your immigration status,” Guzman said.

Lawmakers from both parties have attempted similar changes before. When he was a state senator, Republican Congressman Lloyd Smucker introduced the so-called Pennsylvania Dream Act, modeled on a 2012 Maryland law, in 2013 and 2015. Both times, the bill was referred to the education committee, but were never voted out to the full House.

Another proposal with an unsuccessful history in the General Assembly, so far, would grant undocumented people the opportunity to obtain drivers licenses in the state. The proposal comes nearly 20 years after state lawmakers voted to require license applicants to have a social security number. Several organizations including CASA and the Movement for Immigrant Leaders in Pennsylvania have thrown their support behind the measure.

In a Facebook Live the same evening as CASA’s event, Luis Larin, state coordinator of the Driving PA Forward Coalition, said he expected the bill to be reintroduced the week of Jan. 25.

Advocates in Pennsylvania have pointed to New Jersey’s drivers license law in their calls for a solution that provides privacy protections to license holders. That measure was set to go into effect Jan. 1, but the rollout was delayed due to the COVID-19 pandemic, according to New Jersey’s Motor Vehicle Commission.

The final two items on CASA’s agenda were raising the minimum wage from the federal rate of $7.25 per hour to $15 and taking steps to address climate change in Pennsylvania.

The Wolf Administration aims to join 10 other states in a regional cap-and-trade program known as RGGI next year.

Jose Aviles of Lancaster County said as a Puerto Rican with family members who lost everything in Hurricane Maria and the father of a two-year-old, he is deeply concerned about climate change.

“It’s important that we use RGGI as an opportunity to better the lives of the poorest communities,” he said, with investments in programs like weatherization as well as solar infrastructure.

Each of these measures would have to earn support from Republicans, who still hold a majority in both chambers of the General Assembly.