FILE PHOTO: In this Wednesday, Feb. 22, 2017 photo, Hilda Ramirez, an immigrant living illegally in the U.S, sits in the sanctuary at St. Andrew's Presbyterian Church as she waits to talk to a reporter, Wednesday, in Austin, Texas. Ramirez, from Guatemala, and her son have taken refuge at the church.

Women in sanctuary call on President Joe Biden to give them relief. 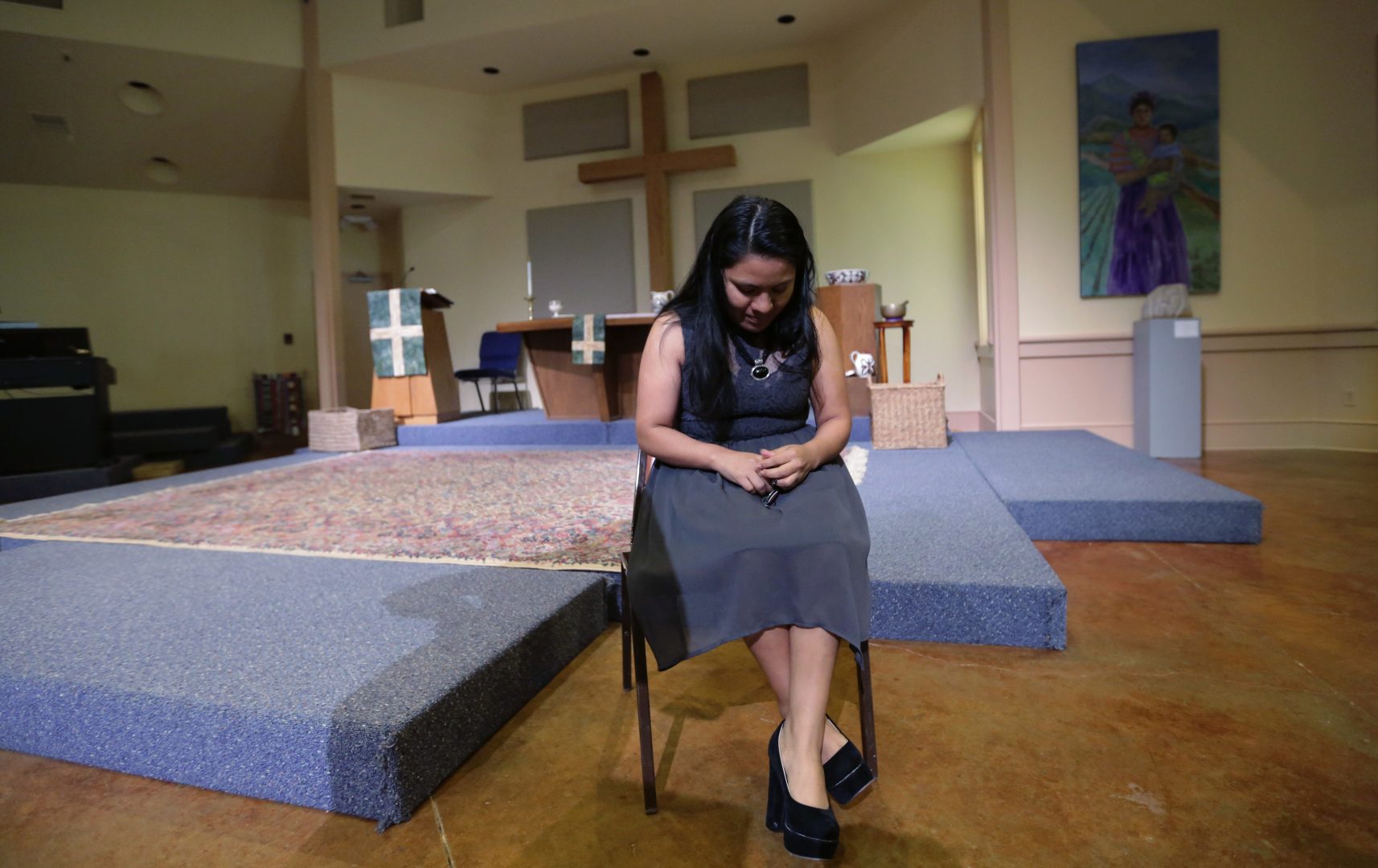 FILE PHOTO: In this Wednesday, Feb. 22, 2017 photo, Hilda Ramirez, an immigrant living illegally in the U.S, sits in the sanctuary at St. Andrew's Presbyterian Church as she waits to talk to a reporter, Wednesday, in Austin, Texas. Ramirez, from Guatemala, and her son have taken refuge at the church.

The Free Migration Project in Philadelphia and the Austin Sanctuary Network in Texas filed the lawsuit against ICE and the Department of Homeland Security in a Washington D.C. court Monday.

The suit claims the government targeted four unauthorized immigrant women living in houses of worship with retaliatory and excessive fines for being leaders in calls for sanctuary.

David Bennion, executive director of the Free Migration Project in Philadelphia, said U.S. Immigration and Customs Enforcement targeted the women for being vocal in calling for sanctuary for asylum seekers.

“Immigration and Customs Enforcement ICE targeted these four women and a small number of other sanctuary leaders, with astronomical civil fines of up to half a million dollars each,” Bennion said during a media event Monday afternoon.

The lawsuit also states that information discovered through Freedom of Information Act requests shows the government directed the fining of asylum seekers in sanctuary who have spoken with the media.

It also states the Trump administration examined the possibility for the fines to help pay for the Mexico-U.S. border wall, which Trump had repeatedly and falsely claimed would be paid for by Mexico.

Hilda Ramirez, who has lived in a Texas church with her son since 2016 after being denied asylum, was fined hundreds of thousands of dollars.

“They hurt us mentally and psychologically, attacking us because they know we aren’t working, we are in a church,” she said in Spanish. FILE PHOTO: In a Wednesday, July 17, 2019 file photo, Maria Chavalan-Sut of Guatemala, one of a number of immigrants taking sanctuary at houses of worship, speaks during an interview at the Wesley Memorial United Methodist Church in Charlottesville, Va.

Ramirez is joined in the lawsuit by asylum seekers Vicky Chavez, who is in a Utah church; Maria Chavalan Sut, who is in a church in Virginia; and Edith Espinal, who lives in an Ohio church.

The lawsuit demands the government rescind the fines and issue a formal apology for the policy.

ICE and DHS did not immediately comment on the lawsuit. In court, The government has 60 days to respond or ask for dismissal.

There are 15 notable sanctuary campaigns across the country, according to Bennion, though some cases may be clandestine for fear of government penalization.

Under the Trump administration, immigration agencies chose to not conduct arrests in “sensitive locations” such as schools, hospitals and places of worship. There have been exceptions to that rule, however.

When asked about their perceptions of President Joe Biden and his promises to reverse Trump’s immigration policies, the women expressed some optimism.

“I believe this is why we are here, so that our voices are heard and that Mr. Biden hears us,” Ramirez said. “We have suffered under the Trump mandates and being locked in [churches] and I believe it is time to free us.”