Early on in the pandemic, Pennsylvania Health Secretary Rachel Levine (shown here in York County with Gov. Tom Wolf) cited a decades-old law as a reason for withholding the number of COVID-19 tests the state was conducting and the number of cases in nursing homes. She later reversed course.

“It’s about time. Trans people are just as capable as anyone else in this country.”

(Harrisburg) — Pennsylvania Health Secretary Dr. Rachel Levine has been nominated by President-elect Joe Biden to be assistant secretary for health in the department of Health and Human Services. It’s a move that could make Levine the first openly transgender federal official.

Levine, a Tulane University and Harvard Medical School grad and a former pediatrician, has been a Commonwealth health leader since 2015. As the Physician General, she tackled the opioid crisis. Over the past year, as Health Secretary, she was at the helm of the state’s coronavirus response. Throughout the pandemic, she urged residents to, “stay calm, stay home, and stay safe.”

Tesla Taliaferro heads up the Rainbow Rose LGBT Center in York County. Taliaferro is a trans man and says his first thought hearing the news Levine may serve in the Biden administration was, “there’s no one more deserving.”

“She’s a compassionate leader and a caring individual and she really understands people,” Taliaferro says.

Corrine Goodwin is also transgender had a similar first reaction. She runs the Eastern PA Trans Equity Project. She says her second thought was, “It’s about time.”

“Trans people are just as capable as anyone else in this country,” Goodwin says.

Pennsylvania Health Secretary Rachel Levine at a press event in Harrisburg, Pa. stands next to the CATE mobile unit on August 25, 2020.

Both Goodwin and Taliaferro say they are excited that with Levine poised to be one of the top doctors in the country it will create more visibility for trans people.

Ruben Gonzales is with The Victory Institute, an LGTBQ advocacy organization that has been advising presidents since the Clinton era. Gonzales helped lobby for Levine to have a role in Biden’s Administration. Appointments like this can really move the needle, he told WLVR in November.

“I think there is a value in giving visibility to doctors like Dr. Levine who are kind of unique in their field. Not just because of their demographics and who they are but also because of their expertise,” Gonzales says. “We also know that when people know LGBTQ people it makes them more open to supporting our equality.”

She’s someone who we have looked to as an expert and someone who is willing to bring her expertise into the forefront to bring the dreams of health equity that we all fight for.

Shanker said he spoke with Levine right after the announcement.

“She’s ready to get to work to improve the health of all Americans,” Shanker said.

Both Pennsylvania’s Gov. Tom Wolf and U.S. Sen. Bob Casey, (D-PA) along with a medley of other LGBTQ advocacy groups, have released statements in support of Levine, thanking her for her service. 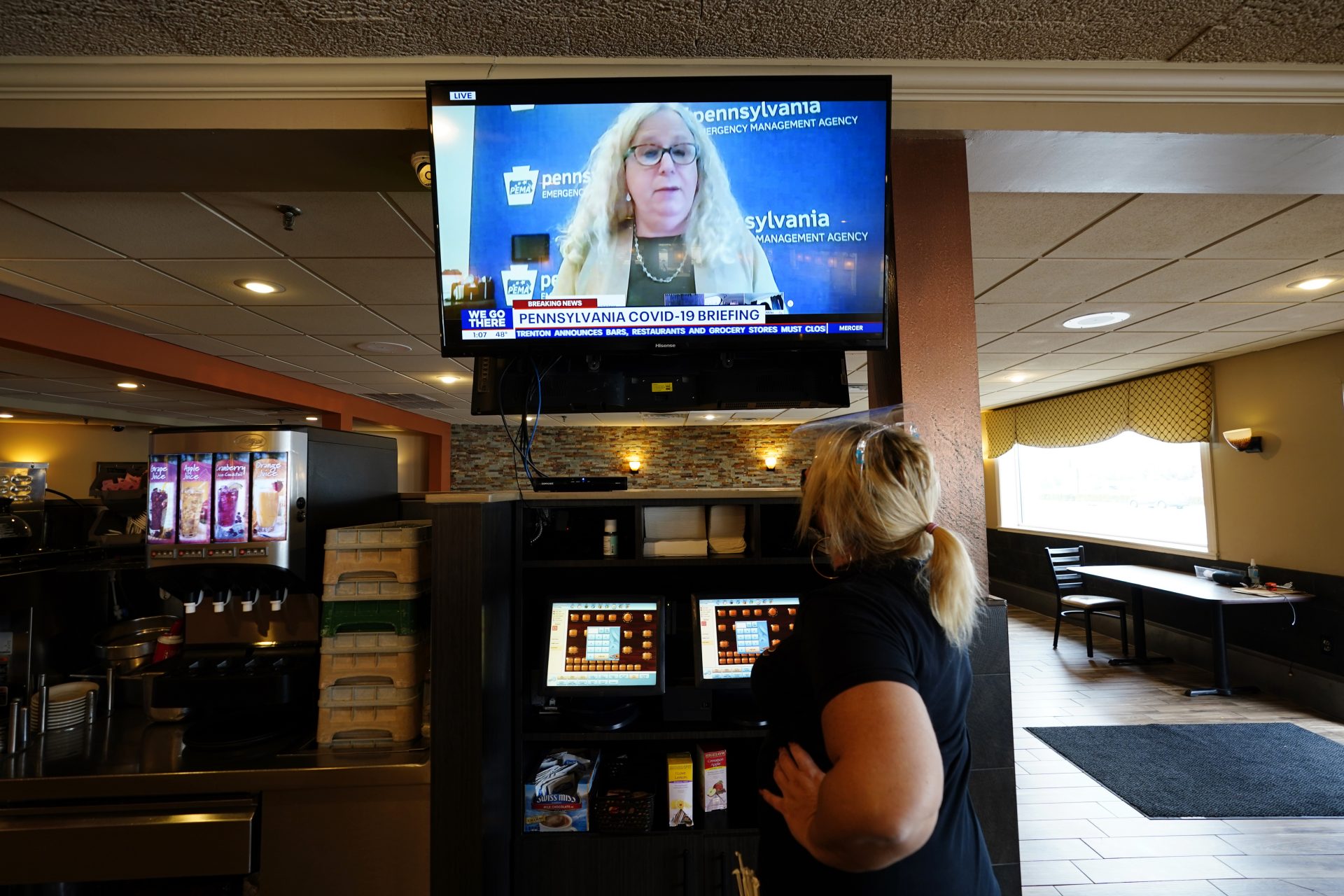 Her work over the past year battling the pandemic has been met at times with transphobic remarks both online and in the media.

“Dr. Levine has a tough confirmation ahead of her within the Senate,” Taliaferro says. She did get confirmed here in Pennsylvania with bipartisan support, that means we’re hopeful that such could happen again at the federal level. [But] We do know  there is a lot of transphobia within American and within the American political system.”

Levine has previously said, “We have not made progress unless we have all made progress. As for me, I have no room in my heart for hatred, and frankly, I do not have time for intolerance. My heart is full with a burning desire to help people.”

In a statement on Jan. 19, Levine said, “I am proud of the work we have done as an administration to address health equity and the work I have done personally to raise awareness about LGBTQ equity issues. And I am extremely proud of the work we have done during the last year to save lives in the face of the COVID-19 global pandemic. I look forward to the opportunity to continue to serve Pennsylvanians, and all Americans, as part of the Biden Administration if I am fortunate enough to be confirmed to this position.”

And Goodwin says she believes Levine’s up to the task of taking on an even more public role at a tremendous time in American history.

Across the board, advocates say they’re thrilled Levine’s appointment raises awareness for the trans community, but are also stressing it’s her credentials and experience that will be a great asset to the American people.