Can the Senate try an ex-president?

Scholars disagree about what the Founders intended. 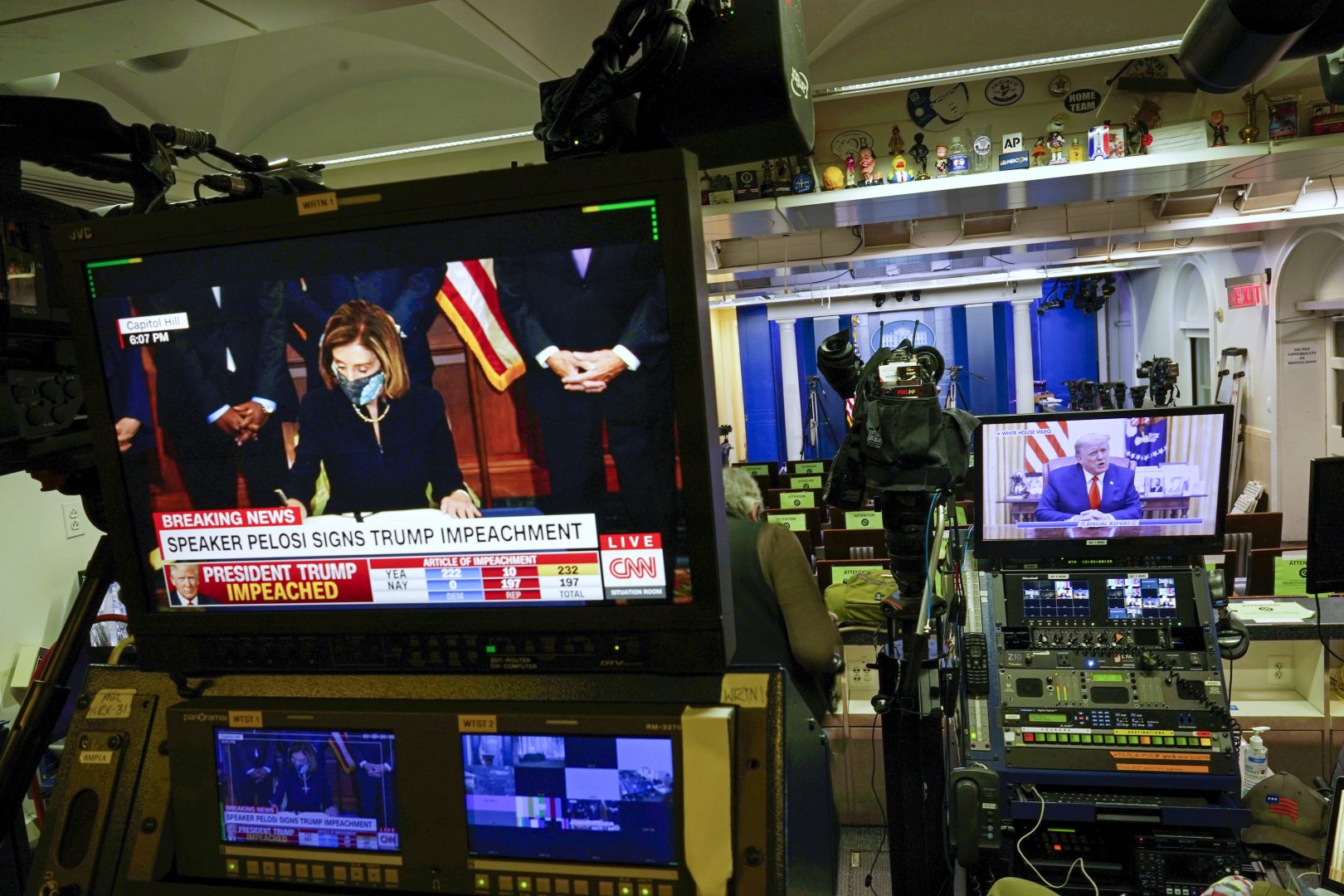 (Washington) — President Trump, having reached the historic — and infamous — landmark of being impeached twice, now faces trial in the Senate. But unlike the first time, he will no longer be in office. So, does the Senate have the power to try an ex-president on impeachment charges?

The Constitution says that after the House of Representatives votes to impeach a president or any other civil officer, the case is sent to the Senate for a trial, which “shall not extend further than to removal from office, and disqualification” from future office. Conviction requires a two-thirds vote, but barring Trump from future office would take only a majority vote.

Scholars disagree about what the Founders intended.

“There’s no time limit in the Constitution that sets a closure date or cuts off impeachment at some point,” says professor Michael Gerhardt, author of several books on impeachment. He contends that the text of the impeachment clause is deliberately broad.

But Columbia Law professor Philp Bobbitt , co-author of Impeachment: A Handbook, has a different view. He says that the whole idea of impeachment is aimed at removal from office. “If you look at the text of the Federalist Papers,” he says, “getting the person out of office is the object, and whether or not to include a disqualification is entirely discretionary.”

“That makes no sense at all,” responds Yale law professor Akhil Amar.
“You want to give someone a get-out-of-jail free card at the end of the administration so they can do anything they like and be immune from the high court of impeachment?”

Yes, replies Bobbitt, citing the case of Richard Nixon. Knowing that he was about to be impeached in the House and convicted in the Senate, Nixon resigned. “Why didn’t they go ahead and impeach him when he resigned? The answer is they didn’t believe that they had the authority to impeach someone who could not be removed, someone who was no longer, as the [constitutional] text requires, a civil officer” of the United States, Bobbitt says.

But other precedents go the other way. In 1876, for instance, the corrupt secretary of war, William Belknap, raced to the White House to hand in his resignation just minutes before the House voted to impeach him. But the Senate determined it had the right to try an impeached former Cabinet member and went on to try Belknap “for acts done as Secretary of War, notwithstanding his resignation of said office.” While the trial went forward, though, in the end, their vote to convict fell short of the necessary two-thirds. 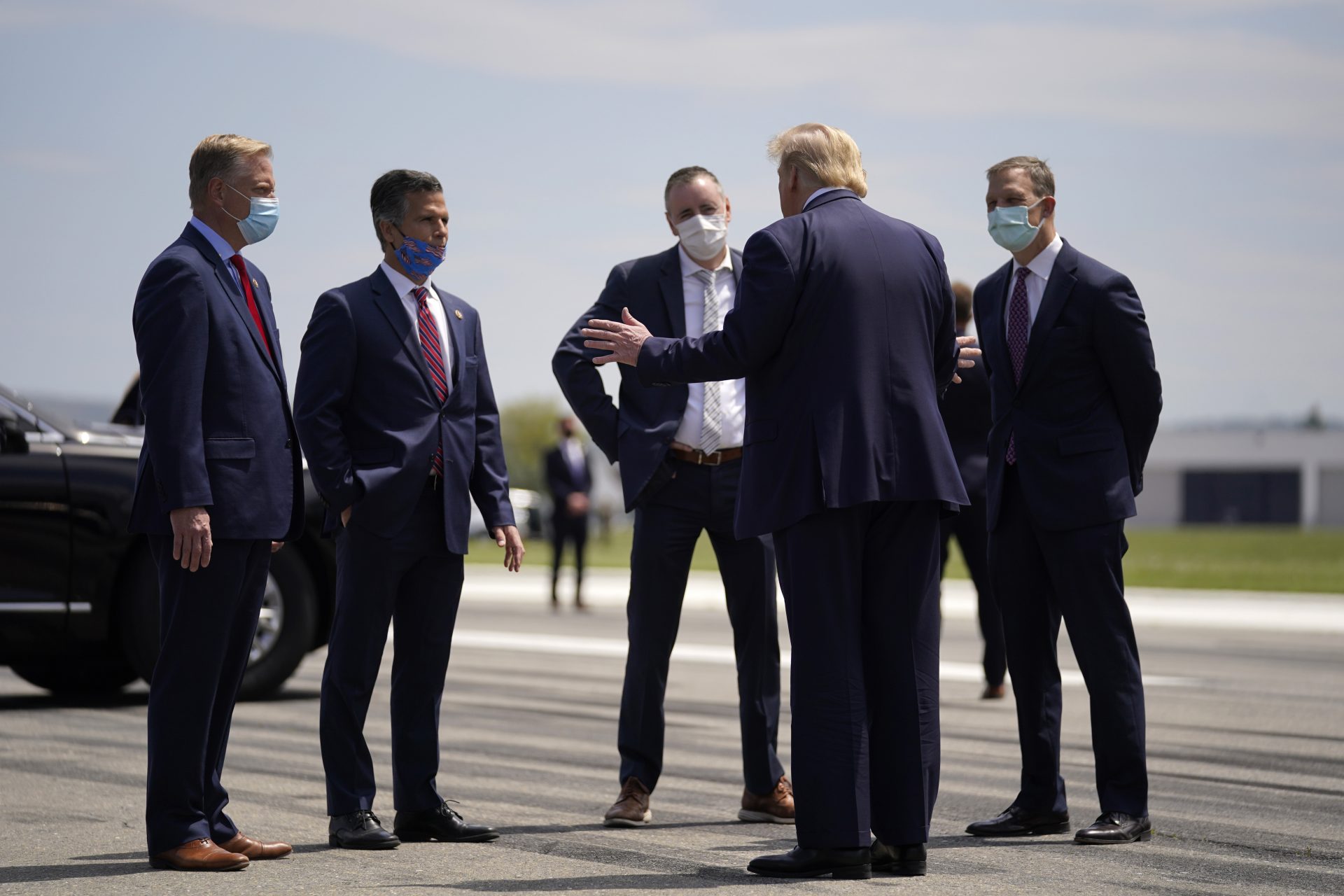 Prior to Trump, of course, only two presidents were actually impeached and tried in the Senate — Andrew Johnson and Bill Clinton — and no president has ever before been impeached twice.

Professor Amar argues that illustrates why it is important for the Senate to try Trump, and why the Founding Fathers considered impeachment more than removal, but a mark of dishonor.

“It’s about a marker for history: He’s forever dishonored,” Amar observes, “and that’s especially important at the end of someone’s time in office, because ordinarily if you do things in an earlier part of your administration, you can pay a price on Election Day.”

President Trump ultimately did, in fact, pay a price on Election Day, but then he set about selling the idea that the election was rigged, that he had not lost, but won in a landslide.

“We will not take it anymore,” he told the crowd on Jan. 6 before the insurrection at the Capitol. “We will stop the steal.”

And that, Amar argues, is the ultimate reason to try Trump in the Senate. His incendiary speech, sparking the attack on the Capitol, may have been the culminating event. But as the Article of Impeachment adopted by the House also charges, after the election, Trump sought to “subvert and obstruct” the “integrity of the democratic system,” including an hourlong tape-recorded call to the Georgia secretary of state, threatening the secretary if he did not “find ” the votes needed to change the election outcome.

“It’s the big lie,” Amar says. “Lying about the basic fact that the American people voted you out of office.”

Columbia’s professor Bobbitt says he agrees that it “seems to … frustrate the purpose [of impeachment] if the president can, at the last minute, skate away.” But, he adds that the Constitution still imposes those limitations.

A Marine guard stands at the entrance to the West Wing of the White House, signifying that President Donald is in the Oval Office, while impeachment proceedings are going on in the U.S. Capitol against Trump in Washington, Tuesday, Jan. 12, 2021. The guard’s presence usually indicates the president is in the Oval Office.

“The last triumph would be if [Trump] had inflamed us so much that we trampled on these limitations to get him,” Bobbitt says.

Ultimately it will be the U.S. Senate that determines whether it can try Trump on impeachment charges. The Supreme Court ruled unanimously in 1993 that whatever rules the Senate adopts for impeachment, under the Constitution those rules are not reviewable by the Supreme Court as long as the Senate follows three requirements specified in the Constitution: that the Senators be “under oath and affirmation,” that “a two-thirds vote is required to convict, and that the Chief Justice presides when the president is tried.”

Former Harvard Law School Dean Martha Minow explains that the court in that 1993 case viewed impeachment as a “political question,” not reviewable by the court because under the Constitution, impeachment “is given over entirely to Congress.”

“I don’t think any member of this current court would want to get into this mess,” she adds. “This is one of the most controversial political moments in the history of the United states, dealing with an exceedingly unpopular president but one with devoted followers and a most divided Congress.

“Were the court to insert itself,” she says, “it would put at jeopardy the one thing that the courts has, which is an arm’s distance from the direct political process.” And it is that distance, she says, that contributes to the “relative trust and respected position” the court still holds. “I don’t think anybody on the court wants to jeopardize that.”