Joanne Rogers stands in front of a giant Mister Rogers Forever Stamp following the first-day-of-issue dedication in Pittsburgh on March 23, 2018. Rogers, the widow of Fred Rogers, the gentle TV host who entertained and educated generations of preschoolers on “Mister Rogers’ Neighborhood,” has died. She was 92.

The Fred Rogers Center called her “a joyful and tender-hearted spirit, whose heart and wisdom have guided our work in service of Fred’s enduring legacy.”

(Pittsburgh) — Joanne Rogers, an an accomplished concert pianist who celebrated and protected the legacy of her husband, the beloved children’s TV host Mister Rogers, has died in Pittsburgh. She was 92.

Rogers died Thursday, according to the Fred Rogers Center. No cause of death was given. The center called her “a joyful and tender-hearted spirit, whose heart and wisdom have guided our work in service of Fred’s enduring legacy.”

Joanne and Fred Rogers were married for more than 50 years, spanning the launch and end of the low-key, low-tech “Mister Rogers’ Neighborhood,” which presented Fred Rogers as one adult in a busy world who always had time to listen to children. His pull as America’s favorite neighbor never seemed to wane before his death in 2003.

“I can’t think of a time when we’ve needed him so much,” Joanne Rogers told The Associated Press in 2018. “I think his work is just as timely now as it was when it came out, frankly.” 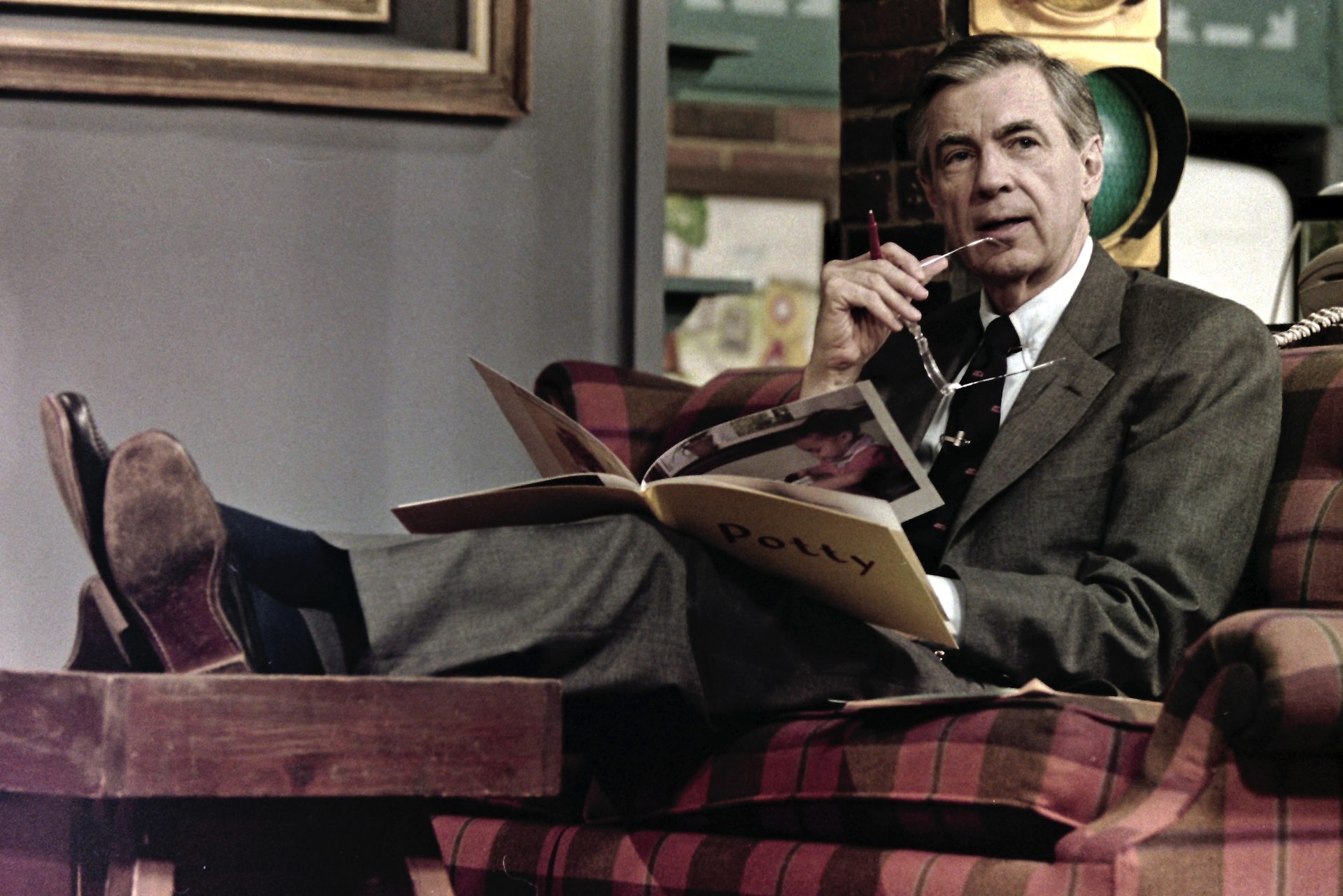 It offered a soft haven for kids, in sharp contrast to the louder, more animated competition. The final episode of what his widow called “a comfortable lap” aired in August 2001.

PBS stations around the country still air “Mister Rogers’ Neighborhood” and some can be found on the PBS Kids video app. There are DVD collections on Amazon and episodes stream on Amazon Prime.

The city of Pittsburgh, where the show was produced, tweeted that Joanne Rogers was one of Pittsburgh’s “greatest neighbors.” It said the couple “forever changed our city.” Other tributes came from such varied fans as tennis star Billie Jean King to designer Kenneth Cole.

Fred Rogers’ effect on popular culture was profound: Eddie Murphy parodied him on “Saturday Night Live” in the 1980s and one of Rogers’ trademark zip-up sweaters hangs in the Smithsonian’s National Museum of American History. He’s had a category dedicated to him on “Jeopardy.”

2018, the 50th anniversary of when Rogers first appeared on TV screens, prompted a PBS special, a new postage stamp, the feature-length documentary “Won’t You Be My Neighbor?” and, a year later, the Tom Hanks-led biopic “A Beautiful Day in the Neighborhood.”

“Joanne and Fred were Pennsylvania treasures committed to improving our communities and the lives of our children. We will never forget their legacy of kindness,” Pennsylvania Gov. Tom Wolf said in a statement.

She is survived by two sons, James Byrd Rogers and John Rogers.