Popular but underfunded hazard pay program helped many, left others behind

The program used $50 million in federal CARES Act money to pay an extra $3 per hour to essential workers who earn less than $20 an hour. It lasted 10 weeks, from late summer to early fall. 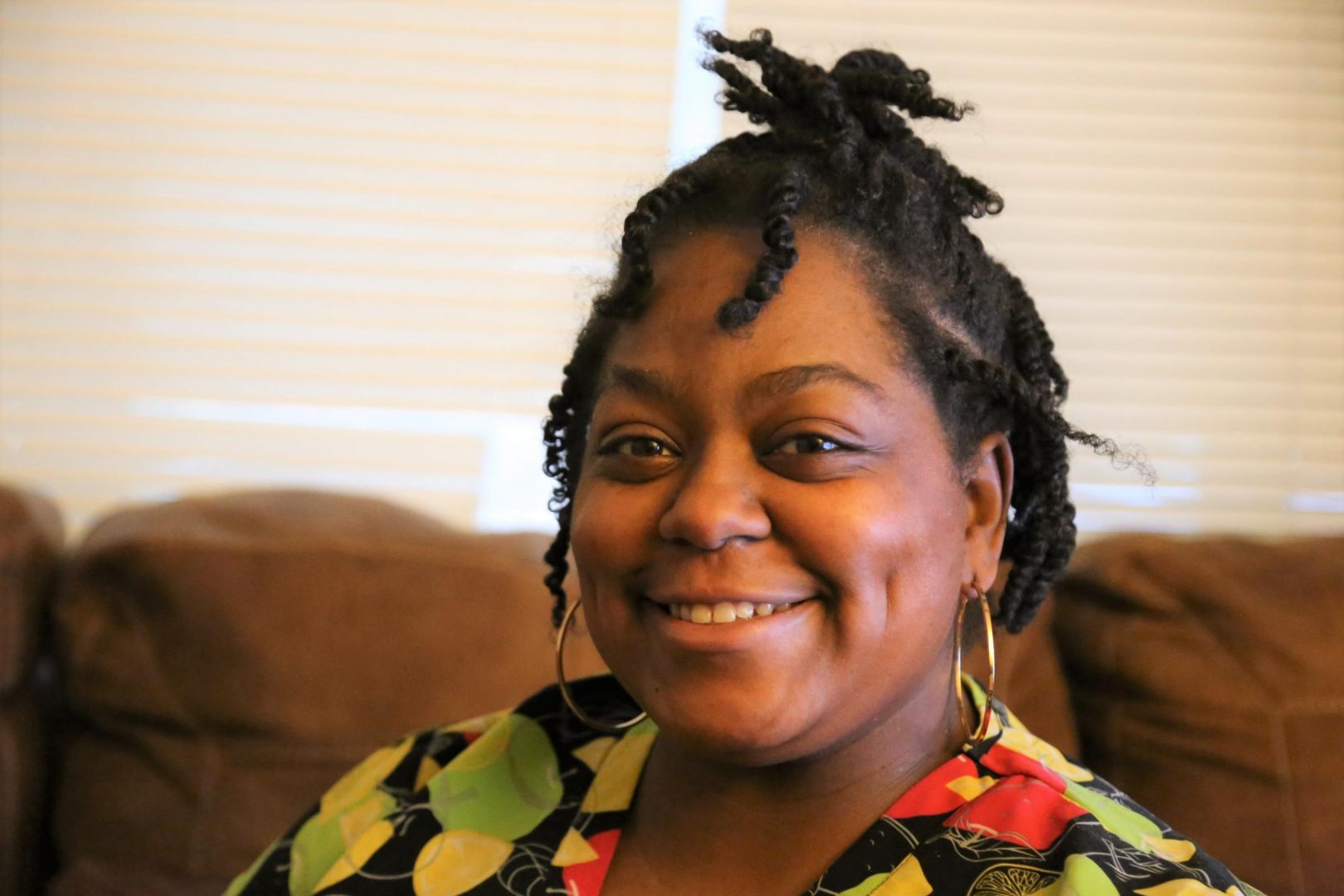 (Pittsburgh) — Charday Richardson doesn’t have the choice to work from home: She’s a medical assistant in a dermatology practice that sees over 40 patients a day.

Richardson knows that any day she reports to work could be the day she contracts COVID-19. The doctor she works alongside asks patients to take precautions against the coronavirus, but Richardson said it doesn’t make much difference.

“She always tells them, ‘While I’m in your face, please don’t talk,’” she said, but “they continue to talk; they’re coughing.”

The thought of bringing the virus home, she added, is “very alarming … because I have a kid at home that has a very weak immune system.” But Richardson can’t afford to quit her job. In fact, the pandemic has only added to her expenses: Ever since it forced her son’s school to close, Richardson has had to pay for childcare.

Richardson said she can’t make ends meet on the $15.50 an hour she earns working full-time at the UPMC practice where she’s employed. So she’s taken a second, part-time job at an Amazon distribution center.

Given those challenges, Richardson said she was “furious” to learn that UPMC turned down an opportunity last summer to apply for a state hazard pay program.

Hazard pay is an hourly wage increase that accounts for extra dangers on the job. When COVID-19 first arrived 10 months ago, demands to offer hazard pay to essential workers were quick to follow.

In the summer, Pennsylvania became one of just a handful of states to fund hazard pay for frontline workers. The program used $50 million in federal CARES Act money to pay an extra $3 per hour to essential workers who earn less than $20 an hour. It lasted 10 weeks, from late summer to early fall. Employers in six essential industries, ranging from health care and social assistance to food manufacturing and transit services, could apply for the money.

UPMC didn’t do so because, it said in a letter to employees, “tight restrictions [made] it impossible to distribute [the] limited funds fairly.” Even if UPMC were to receive the state hazard pay grant, the letter added, the money would cover less than 3 percent of its workforce.

UPMC milieu therapist Sam Tillman rejected that reasoning, though, in part because UPMC has posted strong financials despite the pandemic.

“The logic that UPMC has used, that [the hazard pay program] would increase inequality … was pretty insulting,” Tillman said. The health care provider should instead recognize that it has “too many workers who are making low wages,” said Tilman, who earns $18 an hour. “There’s a serious structural problem there.” Rivers Casino on the North Shore displays a supportive sign in the summer of 2020. CREDIT KATIE BLACKLEY / 90.5 WESA

But UPMC was not alone in choosing not to seek the funding. The region’s other big health care provider, Allegheny Health Network, also declined to participate.

Both employers noted that they have offered incentives to frontline workers, either in the form of “heroes pay” bonuses or increased pay for certain overtime shifts. And even if they had applied for the state hazard pay grant, it’s unlikely they would have gotten the money: Big hospitals are not among the Pennsylvania employers that received the funding.

Gov. Tom Wolf’s office has said that nearly two-thirds of hazard-pay aid went to health care employers – but the list of recipients shows that many of those were long-term care facilities, rather than hospitals.

In general, the program was popular with employers – so popular there wasn’t enough funding to go around. Of the more than 10,000 employers that applied for the money, only about 640 got any, according to Carol Kilko, a deputy secretary at the Pennsylvania Department of Community and Economic Development, the state agency that ran the program.

“We had a finite amount of dollars, and we were not going to be able to get to every employee, but we did what we could to get to those that needed it the most,” Kilko said.

However, some industry groups said it is unclear why one workplace received a hazard pay grant, when a similar nearby workplace did not.

“One of the things that was surprising to us [was that] of our membership, only about 10 percent received hazard pay grants, and who got it seems to be arbitrary,” said Adam Marles, president and CEO of LeadingAge PA, which represents nonprofit providers of long-term services and support for older adults.

The state’s program, Marles said, “because of the way it was administered, really created winners and losers.”

Cara Ciminillo, who heads Trying Together, an advocacy organization for the child care sector in Allegheny County, said she knows of 75 programs that applied locally for funding and were denied.

“So that certainly is a disappointment, I think, to our industry, who’s worked really hard … to continue to be open so that our essential workers can continue to work, [for] families that need to be able to leave their home to work so that they’re able to do that.”

‘A drop in the bucket’

There was even some confusion at a business that did receive a grant.

Allegheny Textile Services in Brackenridge supplies hospitals and nursing homes with bed linens and personal protective equipment. Owner Laura Ford said the company’s grant application was initially denied, and she had no idea why.

“Because in essence, if we don’t qualify as being a service that provides almost per se janitorial services to hospitals, who else would qualify?” Ford said.

She ended up getting the money, but only after her state representative helped to make her case to DCED. Sixteen of Ford’s 20 employees qualified for the hazard pay, and Ford said it helped to boost morale.

“These are employees that are in sometimes as early as 4:30 in the morning … It’s a very labor-intensive job. So I think it added to [the sense that] ‘Hey, we are being appreciated by the rest of the world,’” Ford said.

But although things turned out well for Ford, DCED deputy secretary Kliko said the hazard pay program just wasn’t big enough. In September, Governor Tom Wolf asked the state legislature to more than quadruple the funding, but the state ultimately focused on patching its own budgetary deficits instead.

Kilko said the $50 million that the state set aside for hazard pay was “a drop in the bucket.”

“We knew we weren’t going to be able to meet all the need that was going to be out there. And obviously … we’ve shown that by the numbers,” she said.

Another of the thousands of employers that DCED turned away was the Heritage Valley Health System, which has three hospitals in southwestern PA. Like a lot of health care providers, it has suffered from increased turnover due to the pandemic. Some had to stop working to take care of children, for example, while others retired early to avoid exposure to the virus.

The system’s head of Human Resources, Laurie Clemens, thought the state hazard pay could have enticed some to stay. But she said the state denied Heritage Valley’s request. She’s not clear why, but she said the health care provider decided to instead pay bonuses to its workers and raise overtime wages.

“Don’t get me wrong – this is very expensive,” she said “but we know what we need to do to make sure that we’re providing the care we need to our patients.”

While some companies opted for some sort of bonus to compensate workers in the early days of the pandemic, Molly Kinder, a research fellow at the Brookings Institution, said hourly hazard pay is better than one-off bonuses because it’s a more reliable form of income. She said larger employers especially could afford it.

Still, Kinder said that compared to other states, Pennsylvania has been creative in trying to fill the gap.

“It wasn’t a ton of money, but … they really put it where I think it’s needed the most,” Kinder said. “They prioritized workers at the highest risk who make the least money and have the least ability to get hazard pay from other means.”

Kinder said her “main critique” of the state’s program “is there’s simply not enough funding available to meet the need [of] the employers and the workers that met all the criteria.”

The prospects for extending the program are uncertain, at least for now. Although Congress passed a new COVID relief bill in December, it did not set aside any new money for hazard pay or state governments.