The bill passed the GOP-controlled committee by a vote of 13 to 12 with two Republicans breaking ranks to oppose the measure. 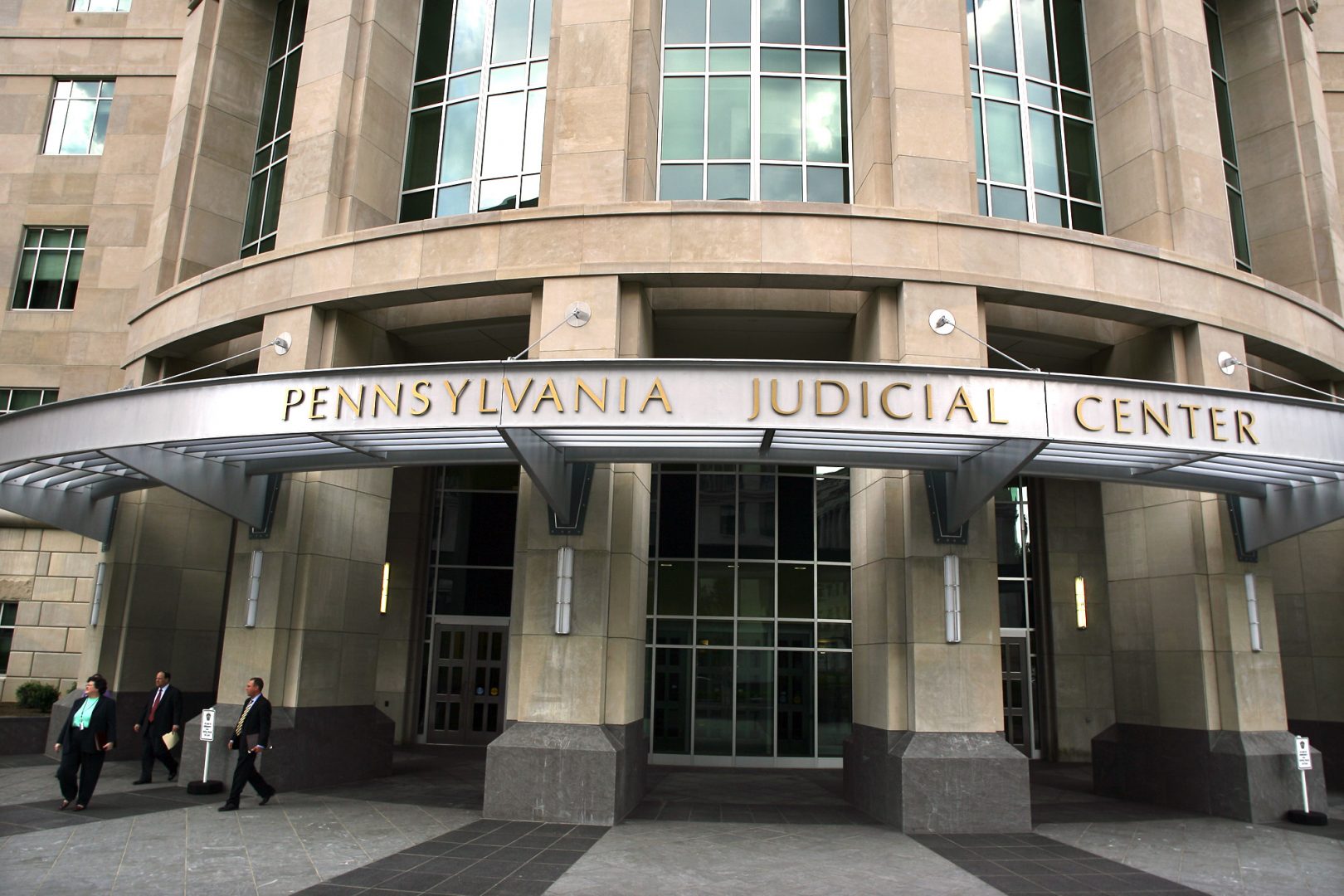 (Harrisburg) — A proposed constitutional amendment that would drastically alter Pennsylvania’s judicial system advanced Wednesday with the blessing of the House Judiciary Committee.

The amendment would let voters choose to elect the state’s appellate court judges by region, instead of statewide — a move opponents say would “gerrymander the court.”

The bill passed the GOP-controlled committee by a vote of 13 to 12 with two Republicans, Todd Stephens (R-Montgomery) and Natalie Mihalek (R-Allegheny), breaking ranks to oppose the measure.

Republicans who back the measure say the idea would give voters in rural Pennsylvania a greater voice to elect judges.

The bill now advances to a vote in the full House and, if it passes, will repeat the process in the Senate. Republicans command majorities in both chambers. Unlike a normal piece of legislation, it cannot be vetoed by Democratic Gov. Tom Wolf.

If it doesn’t hit any roadblocks, the constitutional amendment could be on the ballot for the May primary election. Experts say it has good odds of being approved because Pennsylvania voters tend to pass referendums more often than not, and primaries often attract a smaller group of voters than a general election. 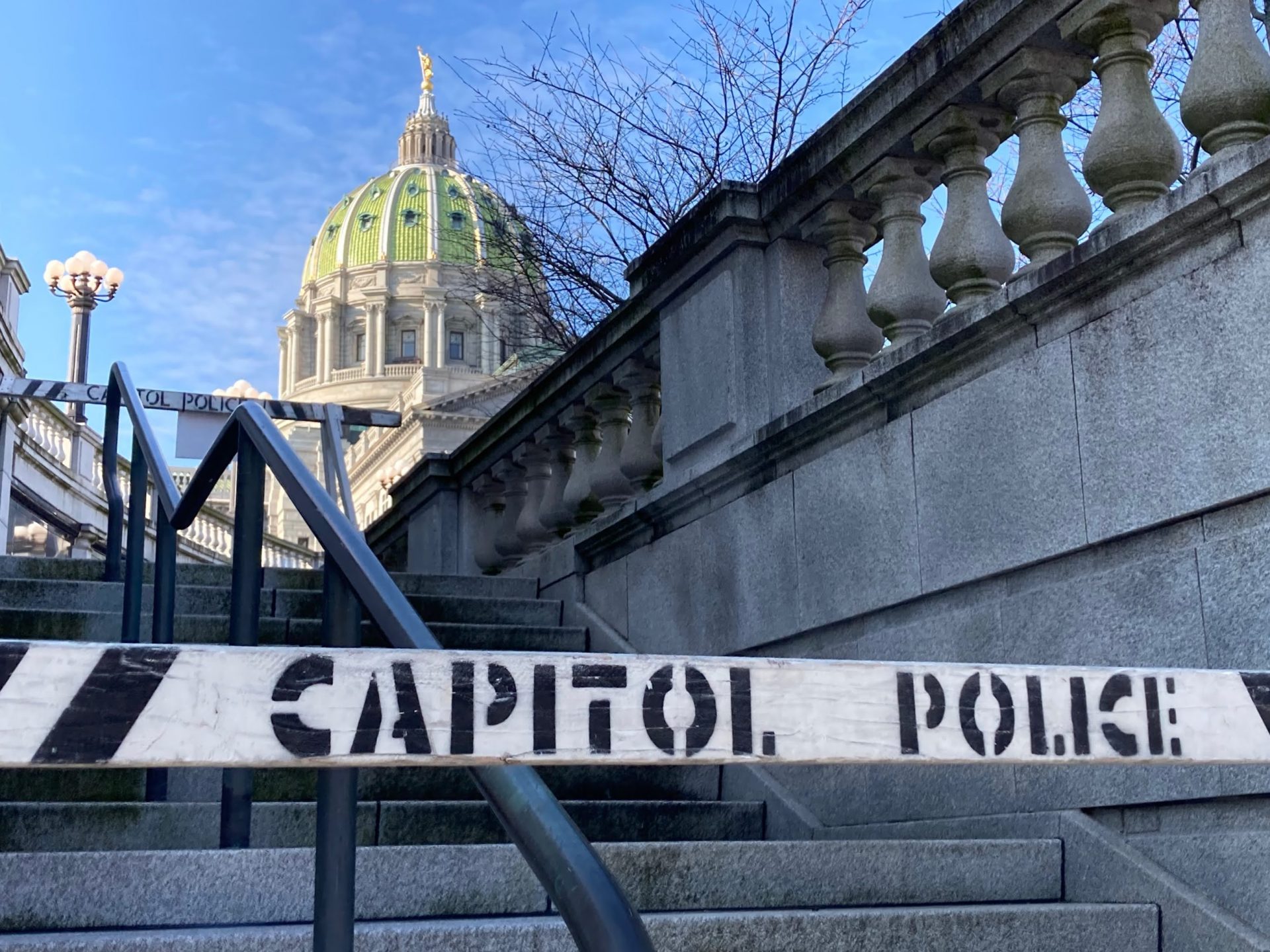 Barricades block stairs at the Pennsylvania Capitol on Jan. 12, 2021.

House GOP spokesperson Jason Gottesman said leadership was not yet committed to a specific timeline for bringing the bill to a vote.

Rep. Tim Briggs, a Montgomery County Democrat who is the Minority Chair of the House Judiciary Committee, said his party is hopeful it can win over enough Republicans to vote the bill down, but anticipates an “uphill battle.”

During the committee hearing, bill sponsor Russ Diamond (R-Lebanon) said that it was important to increase geographic diversity on the bench, noting as an example that people from Philadelphia tend to have “different philosophies” about gun rights than those from more rural parts of the state.

“I believe that all those different judicial philosophies, whether we agree with them or not, should have a chance to be heard,” Diamond said.

Democrats pushed back, arguing that the bill was a blatant attempt to strip the judiciary of its independence and install judges friendlier to Republicans.

“What it feels like to me is that we are attempting to create a judiciary welfare,” said Rep. Jason Dawkins (D-Philadelphia). “Where we selectively look at how to ensure the folks who think like us sit on the bench.”

Stephens, a suburban Philadelphia Republican, also spoke against the bill: “The law shouldn’t change based on what county you’re from.”

The push to pass the amendment comes after Pennsylvania’s Democratic-controlled Supreme Court struck down several Republican lawsuits aimed at tossing out votes for invalidating Joe Biden’s presidential election victory. Democrats have held a 5-2 advantage on the bench since major victories in 2015.

Republicans felt particularly frustrated by the court after it ruled in 2017 that the state congressional map passed in 2011 was an unconstitutional gerrymander. The new map that was ultimately drawn by a special master gave Pennsylvania Democrats more power in D.C. since the 2018 midterms.

Soon after, Republicans introduced the concept of judicial districts — a move that many Democrats saw as retaliation.

Currently, only two other states use regional partisan elections to select judges: Illinois and Louisiana.

The idea doesn’t seem to have broad support among Pennsylvania’s judiciary. Three Republican and one Democratic former Pennsylvania Supreme Court justices told the Associated Press in 2018 that they opposed the move.

“It would destroy the judiciary,” Former Chief Justice Stephen Zappala said at the time.

Six changes to Pa.'s constitution are making their way through the legislature. Most could end up before voters.