At Thaddeus Stevens Elementary about a quarter of the student body are classified as English Language Learners.

Advocates call for postponement of test for English learners

Advocates from the Education Law Center and other groups are pushing to postpone the exam, which is administered in-person. 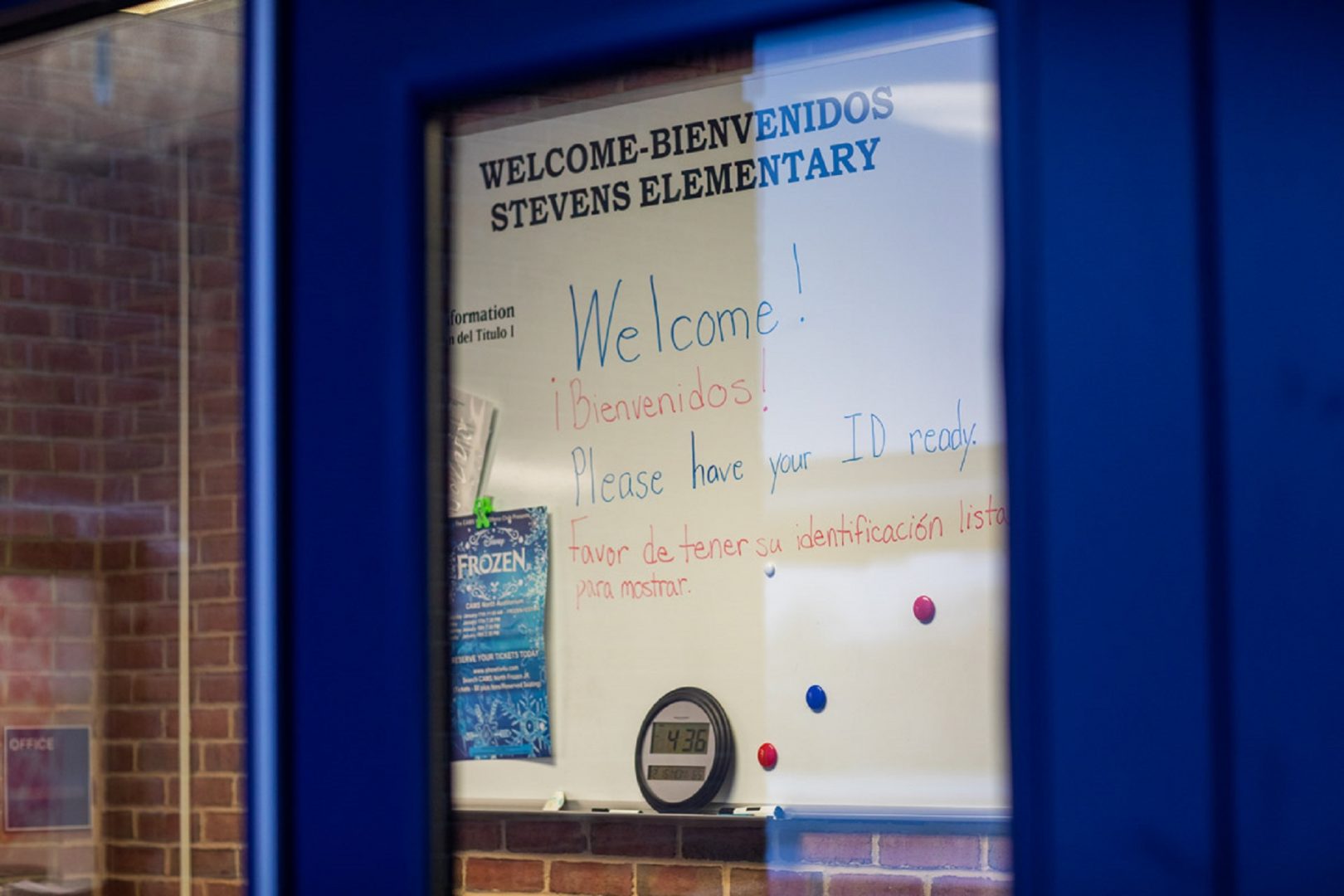 At Thaddeus Stevens Elementary about a quarter of the student body are classified as English Language Learners.

Note: This story was updated on Jan. 15th to include input from Reading School District and to note the Education Law Center is based in Pittsburgh as well as Philadelphia.

Correction: This story was updated on Jan. 14 to accurately reflect Pennsylvania’s deadline for ACCESS testing, which is April 23rd, and to note that Philadelphia has the highest number of English learners, while data from the ELC shows York, Reading, and Lebanon have the highest percentages of students classified as learning English.

(Lebanon) — Pennsylvania students who are learning English typically spend the beginning of the calendar year preparing for a standardized test to determine their proficiency.

The test, called WIDA-ACCESS, can take up to four hours and is the primary way teachers who specialize in this area understand students’ skills in speaking, reading, writing and listening, according to Amber Abreu, director of English Language Development for Lebanon School District.

“Unfortunately, every year, ACCESS starts right after the Christmas holiday,” she said, which means students start practicing almost right away in the new semester.

This year, advocates from the Education Law Center, which has offices in Philadelphia and Pittsburgh, and other groups are pushing to postpone the exam, which is administered in person, since COVID-19 numbers remain high and the disease has disproportionately impacted immigrant, Black, and Latino families.

Due to the pandemic’s impact on schools, the state Department of Education has extended the deadline of what is called WIDA-ACCESS testing first to March 19, then to April 23 instead of the usual cut-off in February. That gives teachers who specialize in English Language Development, also known as English as a Second Language, or ESL, a few extra weeks to evaluate students’ proficiency.

Teachers in Pennsylvania and 34 other states, as well as Washington, D.C. and the Bureau of Indian Education, use the test to inform instruction the following school year. It’s also how students test out of ELD programs.

The fact that the test does not impact instruction this year means it could be further delayed, said Sophia Tan, a lawyer with the Education Law Center, or ELC. In a letter to the Department of Education dated Dec. 29, the ELC and other organizations called for a pause on testing. They noted that WIDA, the Wisconsin-based organization behind the test, has said it would allow states to extend testing into the summer.

“We also requested that the Department of Education require that schools make it clear to families that students don’t have to take the test – that it’s voluntary and they will not be penalized if they elect to opt out this year,” Tan said. “We also of course urged them to provide this in the preferred language of our multilingual and multicultural families across the state.”

In response to similar advocacy in Colorado, where the testing ends March 12, that state’s education department released materials for schools that explain in bold letters, “Parental decisions not to send children into school buildings will be respected.” States and jurisdictions that use WIDA-ACCESS testing have expanded their testing windows to varying degrees. In Virginia, students have from Jan. 4 to June 25 to take the test, according to the Lawyer’s Committee for Civil Rights Under Law. Hawaii’s testing is underway from Jan. 12 to Feb. 24.

On Jan. 11, several national organizations addressed a letter to President-elect Joe Biden’s transition team requesting that it assure states and school districts that they would not face sanctions or other consequences for not meeting requirements to test English learners due to safety concerns. It also asked the incoming administration to “strongly encourage” states and districts to design an “opt-out protocol.”

Department of Education data shows Philadelphia has the largest population of English learners in the state. But York City School District and Reading School District have the highest percentages of students classified as learning English, according to data the ELC and other groups are analyzing as part of an ongoing lawsuit over school funding. So far this school year, both have been conducting classes fully online. Each of their websites explains that families will be contacted with testing appointments and both districts held virtual meetings for families to explain the test. A spokesperson for Reading School District said in an email that parents may turn down their appointments without repercussions.

Lebanon School District has the state’s third highest proportion of English learners, according to the ELC, and this year has allowed all families to choose between a hybrid model and a fully online option.

Testing will happen during normal class time for students who attend school in person for part of each week. About a quarter of English learners have been attending remote classes only, Abreu said, so teachers sent letters to parents and messages through online learning platforms explaining that testing would be occurring and safety precautions would be in place to prevent the spread of COVID-19.

She said there will not be repercussions for students who don’t take the test because their parents are concerned about the risk of COVID-19 infection.

“We’re not using the term opt out, because technically we do need to test all of them,” she said. Testing within the specified window is a state requirement. But parents do have a right to decline testing.

“It is the health and safety of their child that is important,” she said, adding that for parents who did not want their children to go in for testing, teachers would ask again closer to the deadline. “Of course, like everyone, we’re hoping that in March, things might be better.”

Abreu said the window may be extended into April, but the Pennsylvania Department of Education has not responded to requests for comment.

Alanna is part of the “Report for America” program — a national service effort that places journalists in newsrooms across the country to report on under-covered topics and communities.