Two Republicans .claim the Delaware River Basin Commission overstepped its authority and usurped the Legislature with its moratorium on natural gas development. 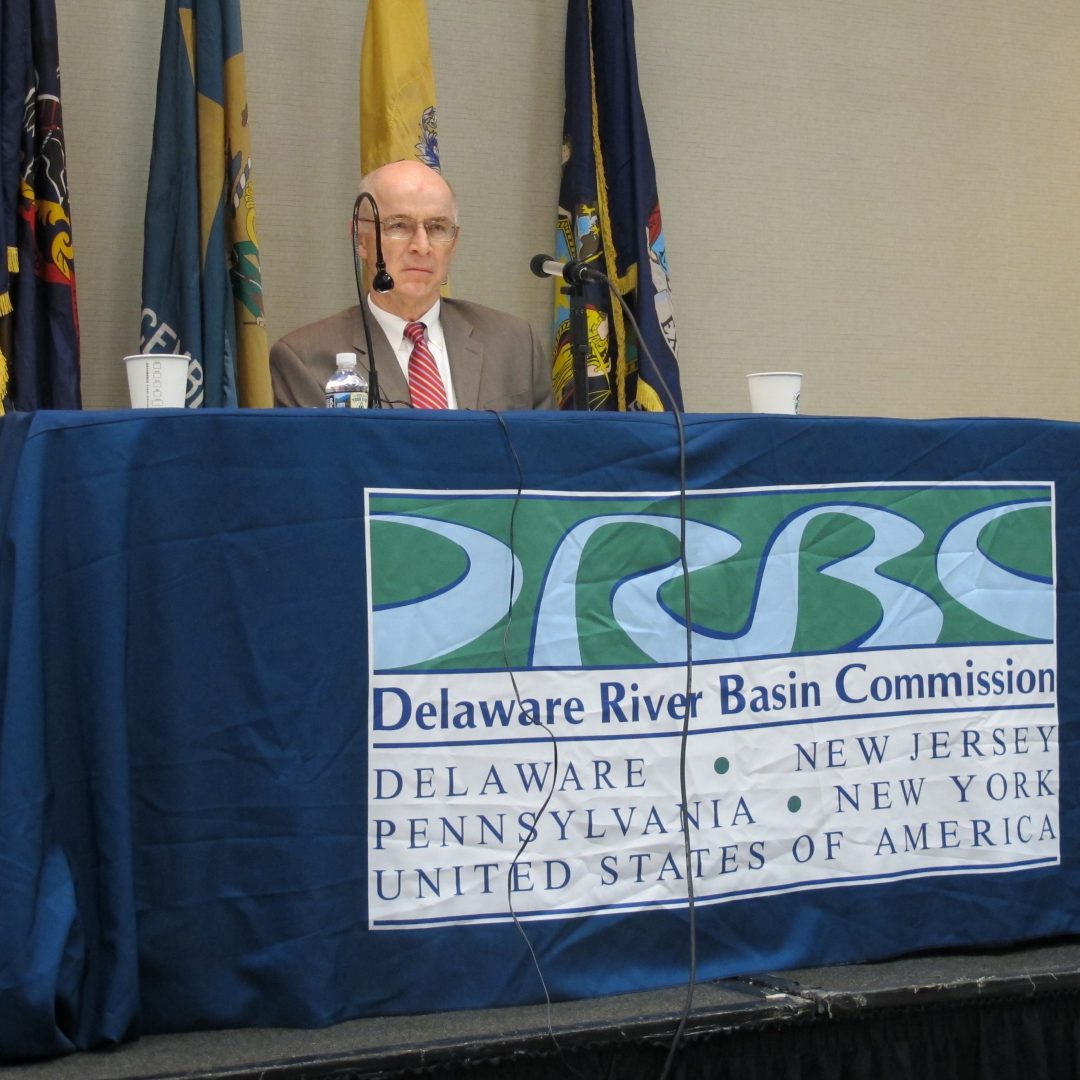 (Harrisburg) — Republican state lawmakers in Pennsylvania are seeking to overturn a ban on gas drilling and hydraulic fracturing in the Delaware River basin, filing a federal lawsuit against the regulatory agency that oversees drinking water quality for more than 13 million people.

Senate Republicans led by Sens. Gene Yaw and Lisa Baker claim the Delaware River Basin Commission overstepped its authority and usurped the Legislature with its moratorium on natural gas development near the river and its tributaries.

The senators want a federal court to invalidate the ban, potentially opening a sliver of northeastern Pennsylvania to what their lawsuit describes as $40 billion worth of natural gas. The gas is found in the Marcellus Shale, the nation’s largest gas field, whose vast reserves spurred a drilling boom elsewhere in Pennsylvania more than a decade ago. 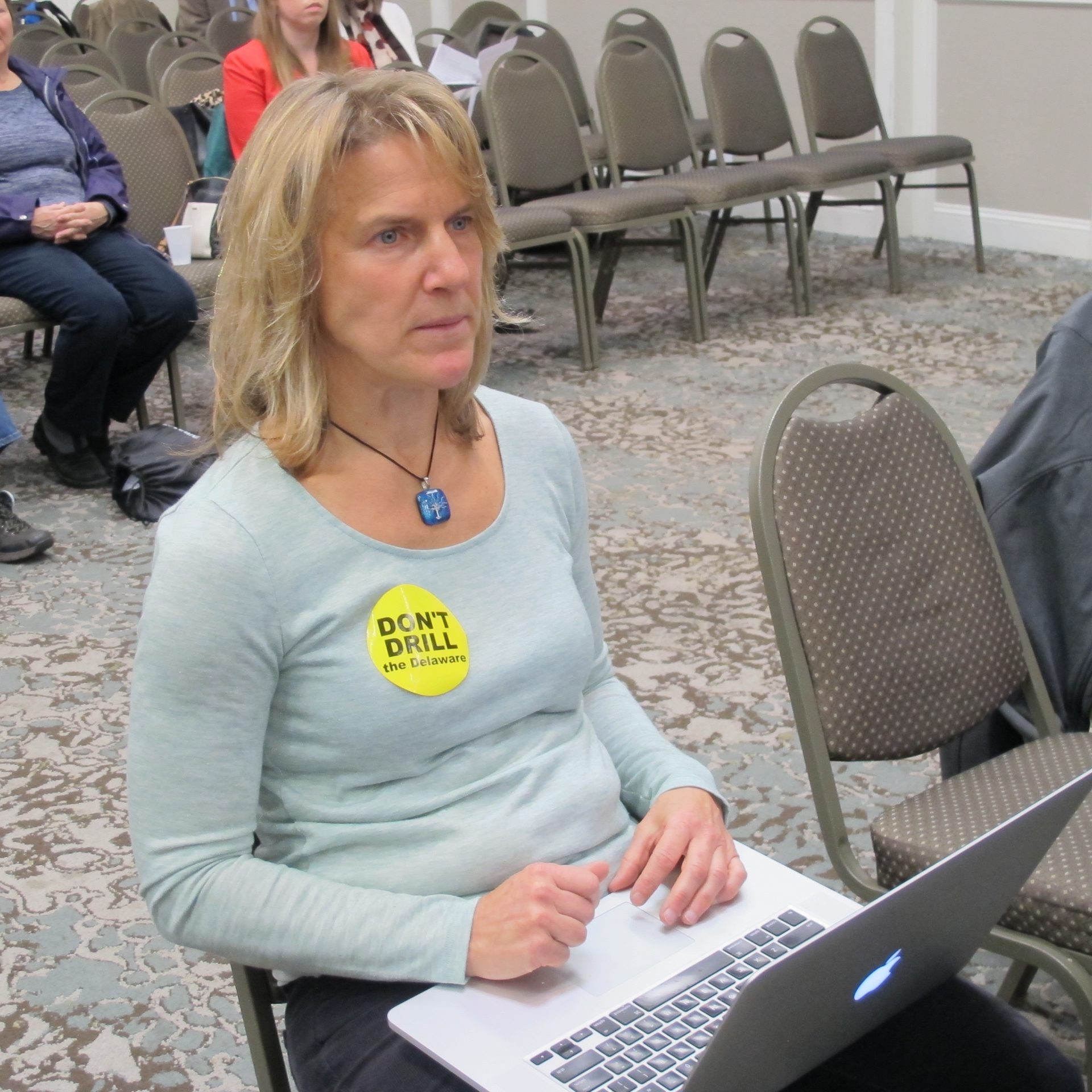 In this 2018 photo, Maya van Rossum, the Delaware Riverkeeper, is shown at a meeting about the proposed ban on drilling and fracking for gas in the Delaware River basin. She said such activity would be harmful and unsafe for everyone.

Maya van Rossum, who leads the Delaware Riverkeeper Network, an environmental watchdog group, accused GOP lawmakers of “carrying the water of the industry,” saying their suit is “an absolute betrayal of trust in terms of their legislative obligation to serve the people of Pennsylvania, not the frackers.”

The lawsuit is the latest salvo in a long-running battle over drilling and fracking near the Delaware, which supplies drinking water to Philadelphia and half of New York City. A Pennsylvania landowners group is also challenging the basin commission’s right to regulate gas development. Baker and Yaw sought to intervene in that 2016 case — which is still being litigated — but a court ruled they lacked standing.

The commission, which regulates water quality and quantity in the Delaware and its tributaries, first imposed a moratorium on drilling and fracking in 2010 to allow its staff to develop regulations for the gas industry. A year later, the five-member panel was scheduled to vote on a set of draft regulations that would have allowed gas development to proceed, but it abruptly canceled a vote amid opposition from some commission members.

In 2017, the basin commission reversed course and began the process of enacting a permanent ban on drilling and fracking, the technique that has enabled a U.S. production boom in shale gas and oil.

The new litigation, filed Monday in federal court in Philadelphia, contends the de facto ban has deprived private landowners of the right to drilling royalties, and has prevented Pennsylvania from leasing public lands to the gas industry and collecting fees from gas development.

The suit argued the ban’s “deleterious effects” have been magnified by the COVID-19 pandemic and resulting economic downturn, with the state and local governments facing significant budget shortfalls.

Even if the suit were to succeed, however, it’s far from certain that drilling could take place on public lands within the Delaware watershed. Gov. Tom Wolf, a Democrat, imposed a moratorium on new drilling leases on all state-owned land in 2015. That moratorium remains in effect.