A protester walks past the Russell Senate Office Building on Capitol Hill in Washington, Friday, Jan. 8, 2021.

Early warning signs emerge for GOP after US Capitol insurrection

In Cumberland County, 192 people have changed their party registration since the Jan. 6 riot. 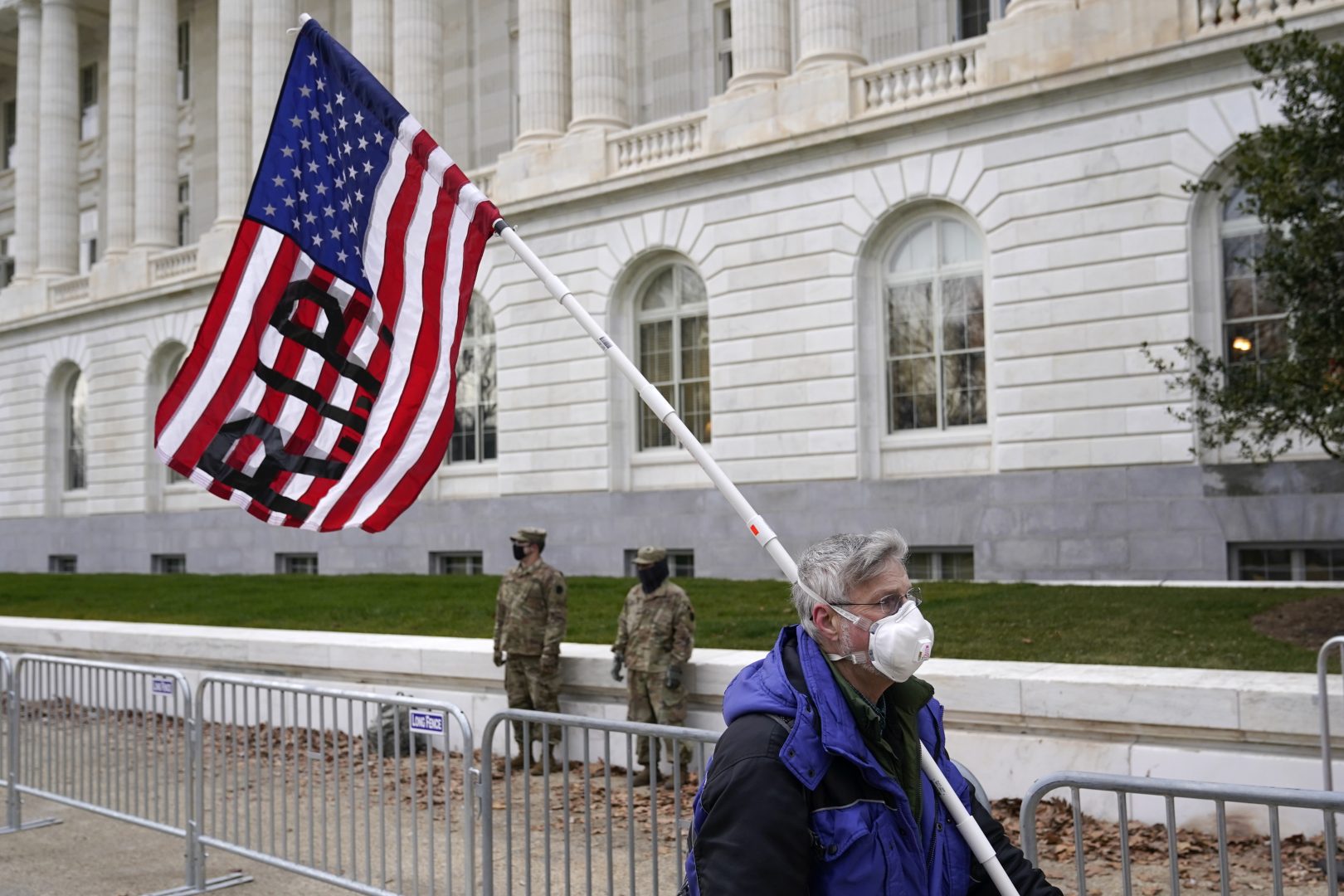 A protester walks past the Russell Senate Office Building on Capitol Hill in Washington, Friday, Jan. 8, 2021.

(Harrisburg) — In the 36 hours after last week’s deadly insurrection at the U.S. Capitol, 112 Republicans reached out to the election office in Lancaster County, to change their party registration. Ethan Demme was one of them.

“Ever since they started denying the election result, I kind of knew it was heading this way,” said Demme, who is the county’s former Republican Party chairman and has opposed President Donald Trump and is now an independent. “If they kept going, I knew there’s no way I can keep going. But if you’ve been a Republican all your life, it’s hard to jump out of a big boat and into a little boat.”

In Cumberland County, 192 people have changed their party registration since the Jan. 6 riot. Only 13 switched to the GOP — the other 179 changed to Democrat, independent or a third party, according to Bethany Salzarulo, the director of the bureau of elections.

In Linn County, Iowa, home to Cedar Rapids, more than four dozen voters dropped their Republican Party affiliations in the 48 hours after the Capitol attack. They mostly switched to no party, elections commissioner Joel Miller said, though a small number took the highly unusual step of cancelling their registrations altogether.

Trump supporters stand on top of a police vehicle, Wednesday, Jan. 6, 2021, at the Capitol in Washington. As Congress prepares to affirm President-elect Joe Biden’s victory, thousands of people have gathered to show their support for President Donald Trump and his claims of election fraud.

The party switching pales in comparison to the more than 74 million people who voted for President Donald Trump in November. And it’s unclear whether they’re united in their motivations. Some may be rejecting politics altogether while others may be leaving a Republican Party they fear will be less loyal to Trump.

But they offer an early sign of the volatility ahead for the GOP as the party braces for political fallout of the riots that Trump incited.

“I do think there’s a palpable shift, from knee-jerk defense of the president to ‘wow, that was a bridge too far,’” said Kirk Adams, the former Republican speaker of the Arizona House of Representatives.

Adams said he knew several people, including once-solid Trump supporters, who are switching their registrations. He said it may be weeks or months before the full impact of the insurrection is clear.

“Minds are being changed,” he said. “But you can’t go overnight from ‘I think the president’s right and the election is being stolen’ to ‘I guess he was wrong about everything.’”

Party registration doesn’t always preview how voters will actually cast their ballots, especially when the next major national elections are nearly two years away. But party leaders across the country are expressing concern that the riots could have a lasting impact.

The GOP cannot afford any slippage in its ranks after an election that, even with record-breaking Republican turnout, saw them lose control of both the presidency and the U.S. Senate.

“Increasingly I’ve looked at my party in this state and our numbers are dwindling,” said Gary Eichelberger, a commissioner in suburban Cumberland County, Pennsylvania. “If we narrow the base of the party, we are going to lose this county.”

Republicans in Washington are approaching the moment with caution, denouncing the insurrection and providing scant defense of Trump. But so far, few have joined Democratic calls for the president’s impeachment and immediate removal.

Just two Senate Republicans, Lisa Murkowski of Alaska and Patrick Toomey of Pennsylvania, have called on Trump to resign.

Multiple GOP officials said there was some unease about the party’s direction at the RNC winter meeting on Amelia Island, Florida, which took place a few days after the attack. Serious conversations are underway at the committee to conduct a comprehensive look at the 2020 election results to determine what the party did wrong and how to better appeal to voters, according to Henry Barbour, a RNC member from Mississippi.

But Trump still has a pull on swaths of the GOP base. 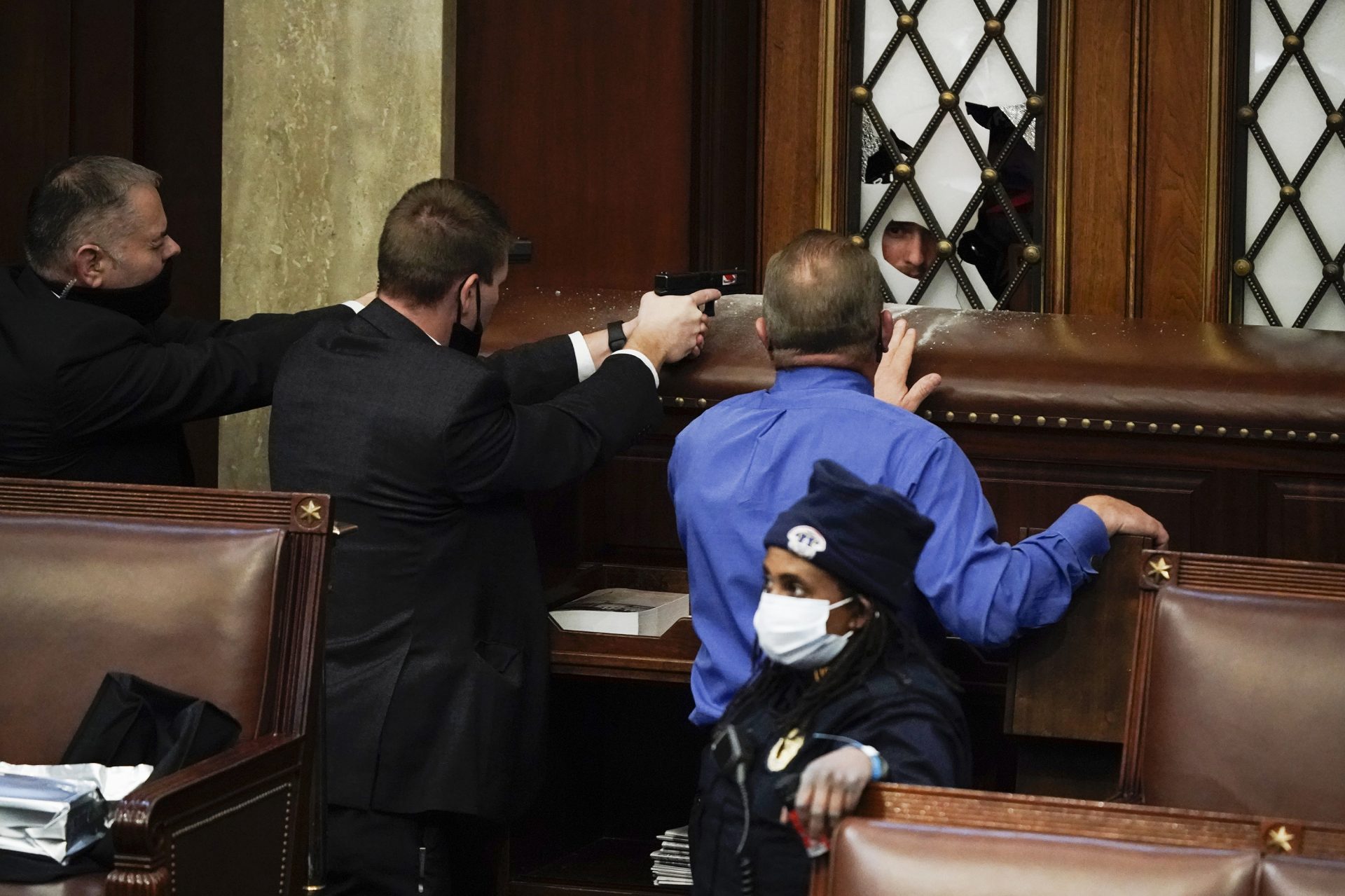 A Quinnipiac Poll released on Monday found roughly three-quarters of Republicans believe Trump’s false statements that there was widespread voter fraud in November’s election, which is what triggered the attack on the Capitol after Trump urged a crowd of supporters to go to Congress as it was set to certify the victory of President-elect Joe Biden.

Overall 7 in 10 Republicans approved of Trump’s performance as president, compared to 89% in Quinnipiac’s December poll.

Rae Chornenky, who stepped down as chair of the Maricopa County Republican Party in Arizona shortly after the election amid a power struggle with those in the state party claiming widespread election fraud, said she thinks the president still has a hammerlock on the party’s grass roots.

“They just believe it was a stolen election, and they’re not going to back off that position,” Chornenky said. “He’ll be the driving force” of the GOP for years to come, Chornenky predicted of Trump.

The 2022 midterm elections may provide a test of that. Former Rep. Ryan Costello is strongly considering a run for Pennsylvania’s open Senate seat as a Republican. A longtime Trump critic, he sees the time as ripe for an explicitly anti-Trump GOP candidate.

“We need people willing to lose races, lose political campaigns, over this,” Costello said. “We need campaigns about the cleansing of the party. Sometimes it’s not possible to dance around landmines. Sometimes, you’ve just got to jump in there.”