The U.S. Attorney's Office for Western Pennsylvania has charged 10 people in connection with the May 30 Black Lives Matter protest that took place in downtown Pittsburgh and ended in confrontations between marchers and police. 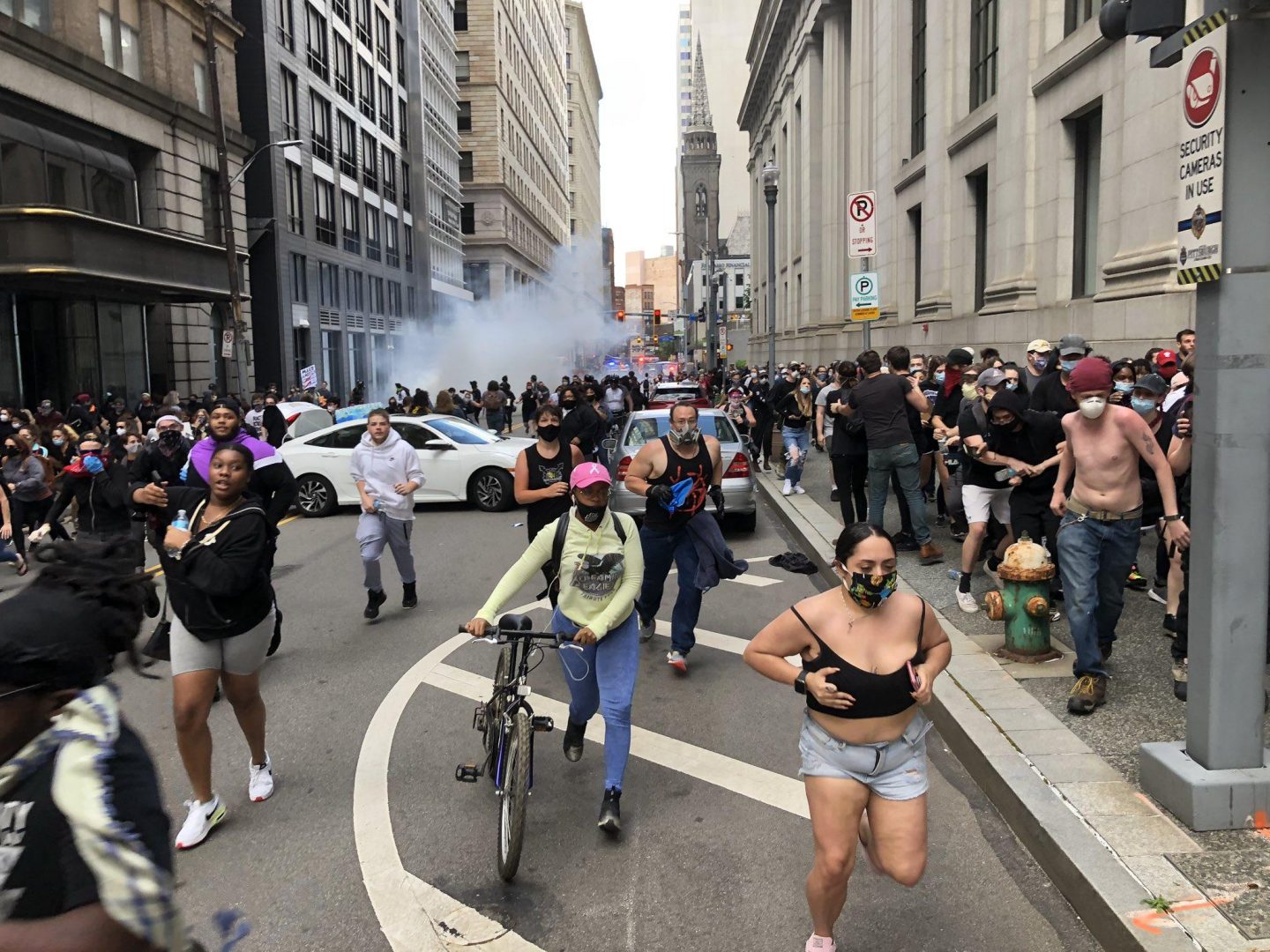 The U.S. Attorney's Office for Western Pennsylvania has charged 10 people in connection with the May 30 Black Lives Matter protest that took place in downtown Pittsburgh and ended in confrontations between marchers and police.

(Pittsburgh) — Charges against two dozen protesters from last summer’s demonstrations against police brutality are being refiled, but Pittsburgh Mayor Bill Peduto and Allegheny County District Attorney Stephen Zappala disagree about the circumstances for that move.

In a statement Friday, Zappala said the charges were being refiled due to new evidence presented by city police “at the discretion of Mayor Peduto.” Peduto’s office says the claim is “disinformation,” because the mayor has no role investigating criminal activity.

The DA’s office is going to be refiling “certain cases in connection with the marches that took place in May and June of last year.” Statement says “evidence for the refiling” was presented “at the direction of Mayor Peduto.” pic.twitter.com/9sEQ1AsCZW

“The Pittsburgh Police investigated potential criminal activity as is their responsibility. They presented that information to the DA’s Office as requested,” the statement read. “The DA’s office makes decisions on what charges to file.”

Zappala’s statement said 24 of the original 61 cases filed after May 30 and June 1, 2020 protests “can be substantiated for committing the crime of Failure to Disperse. …. In most of these matters, the accused will be offered community service. Upon payment of restitution for property damage, their summons will be expunged.”

Zappala and Peduto have been at odds over gun control measures and other issues before. And the timing of the announcement could prove awkward for Peduto, who is up for re-election this year and whose handling of the protests was criticized by demonstrators. Friday’s statement comes even as activists have decried how harshly police protesters were treated compared to those who took part in this week’s insurrection at the Capitol.

When asked why Zappala’s statement mentioned Peduto at all, the DA’s office said it had nothing to add.

Chris Potter contributed to this report.