The violent mob of insurrectionists that stormed the Capitol Wednesday in an attempt to subvert Joe Biden’s presidential victory caused an inflection point in U.S. politics. Many people across the nation agree on that much — but which way the country is shifting depends on who you ask. 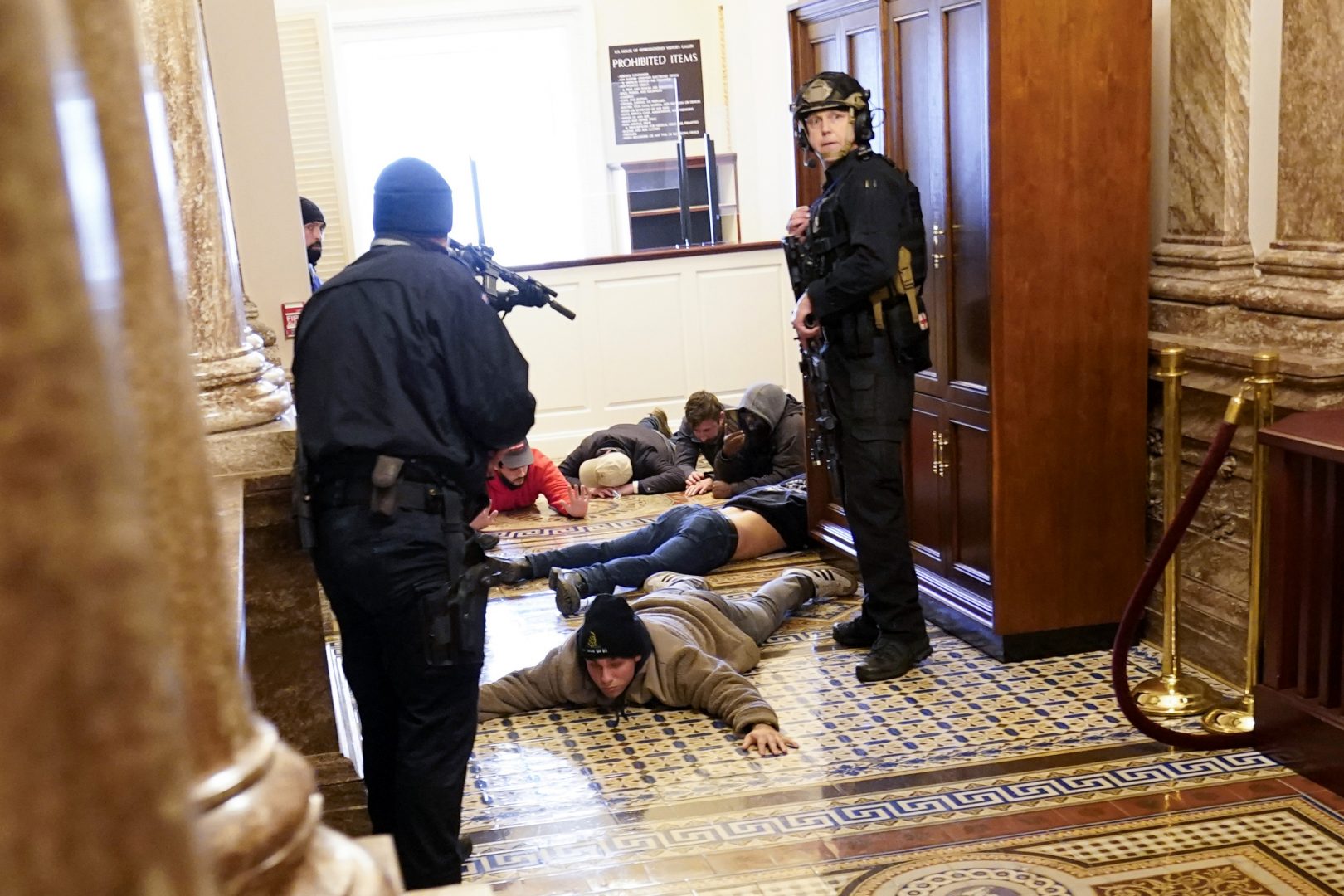 (Philadelphia) — The violent mob of insurrectionists that stormed the Capitol Wednesday in an attempt to subvert Joe Biden’s presidential victory caused an inflection point in U.S. politics. Many people across the nation agree on that much — but which way the country is shifting depends on who you ask.

The violence was easy for many to condemn. In addition to the destruction, vandalism and theft, at least four people died, including one person from Pennsylvania who had a stroke, and one woman who was shot by Capitol Police.

“It reminded me of 9/11 [but] domestic terrorism. It was just happening in front of our own eyes and it was our own people,” said Mary Schultz, a Democrat from Montgomeryville who voted for Biden. Watching the events unfold and glued to her television, she said she felt “shocked, horrified, numb.”

“My reaction was disappointment. I was very upset. Violence was the last thing that should ever be considered,” said Chris Rowe, a former GOP committeeman from New Castle County Delaware who voted for President Donald Trump.

The substance underlying the violence, though, tended to cause reactions that broke along existing political fault lines.

During interviews with Trump supporters, many tried to distance the president’s rhetoric from the mayhem that followed, or blamed outside agitators without evidence.

“I have a hard time believing that patriots, and Donald Trump supporters, would do something this horrific,” said Mary Henze, a Trump voter who lives in Allegheny County. She condemned the use of violence, but said that the rally-turned-break-in was not Trump’s fault.

“These were not your neighborhood, down home, Trump supporters. They had helmets on,” said Jeffrey Stroehmann, who traveled from Williamsport to D.C. on Wednesday. 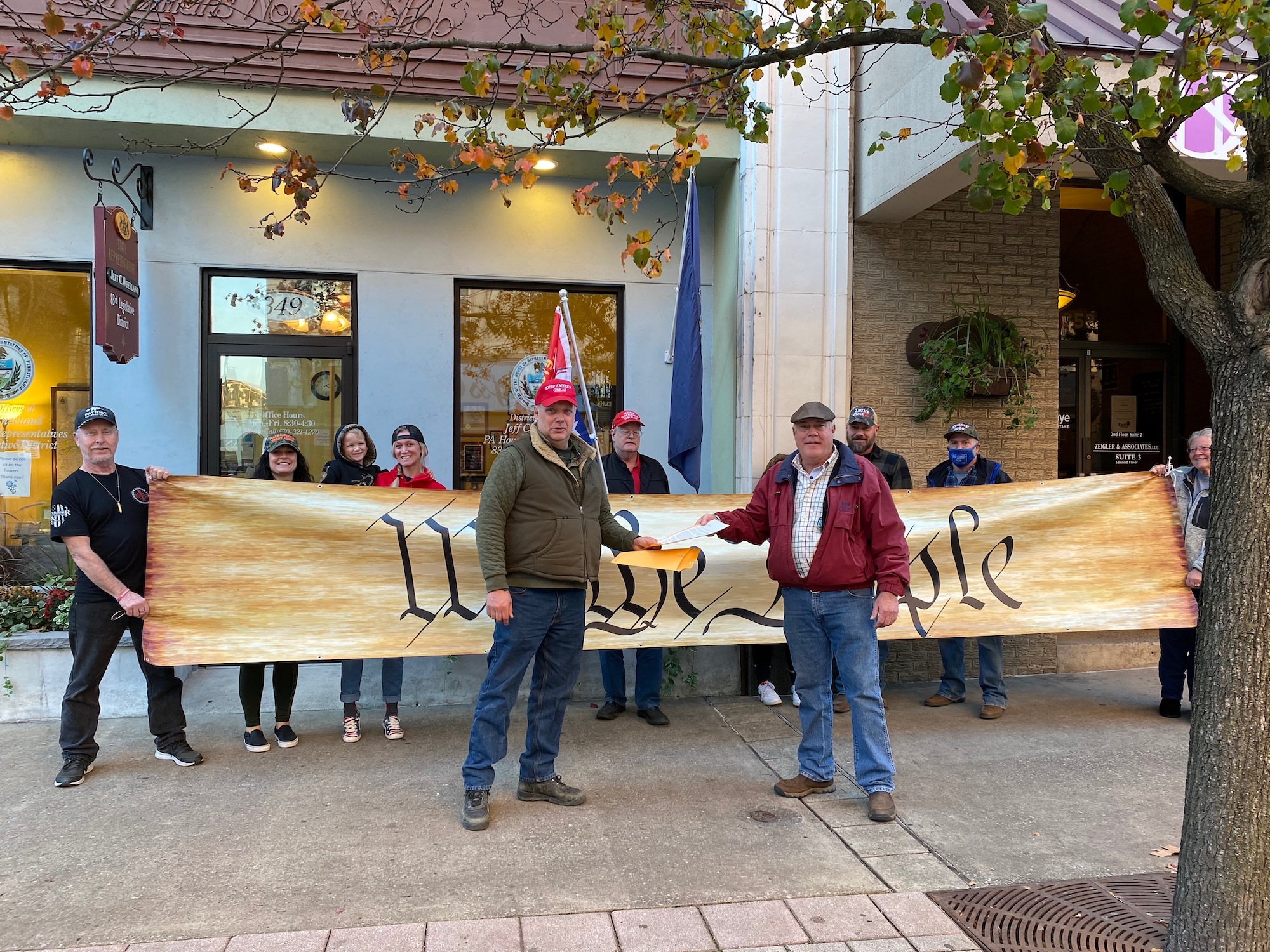 Several Trump voters mentioned the baseless rumor that anti-fascist moles incited the assault on the Capitol. Despite there being no evidence, the fabrication has been circulated by elected officials and in articles in right-wing media such as the Washington Times, which clearly misrepresented its source material.

Livestreams of the crowd that took the building show Trump supporters with MAGA hats and flags. One 69 year-old man who came from Lebanon County to hear Trump’s speech and was arrested for breaking into the capitol spoke to Keystone Crossroads. Others have been identified as followers of QAnon, a conspiracy theory, which posits that Trump is a kind of savior figure, as well as members of known white supremacist groups.

Some of the president’s supporters were more critical of Wednesday’s chaos. 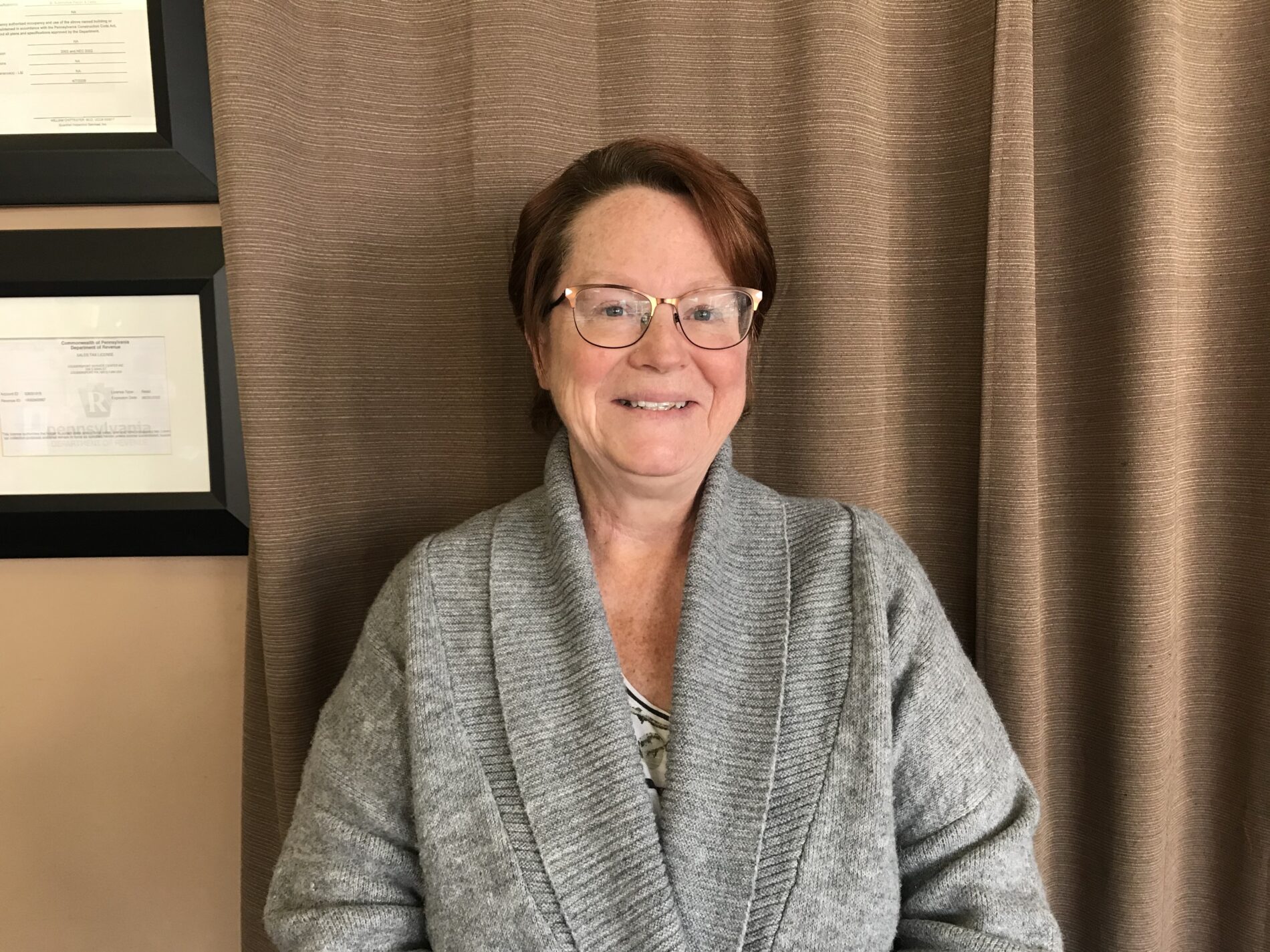 “I do feel a little frustrated with President Trump,” said 53-year-old Brenda Baer from McKean County. She voted for the first time ever in November 2020 — for Trump. “In light of what happened yesterday, I feel that leaders of any type, of a group or party, do have a responsibility when it comes to their speech.”

Democratic-voters squarely blamed Trump for inciting violence and demanded accountability for the ease with which insurrectionists breached the Capitol building.

The siege was “100%” Trump’s fault, said Jonathan Pretlow, a Democrat from Franklin County.

“Selfish people only think of themselves … his drug is power, and he will do anything to keep it,” he said.

“Our president incited these people, egged them on, urged them to descend on the Capitol yesterday and overturn the election,” said Schultz, from Montco. She said she hoped there would be an investigation into how the mob was able to get into federal buildings so easily.

“I want answers, I feel like there was a reason” the mob didn’t face more resistance, she said. Schultz and others pointed out the double standard in how police responded Wednesday compared to the use of brutal force and tear gas on Black Lives Matter protesters in cities across the U.S. last summer.

Amanda Davis-Buie, 39, is a therapist from Lebanon County who learned the mob had stormed the Capitol as she was training for an upcoming anti-racism seminar she is leading.

“The first thought that came to mind was that, ‘If this is not white privilege on display for the entire world to see, I don’t know what is,’” Davis-Buie said. 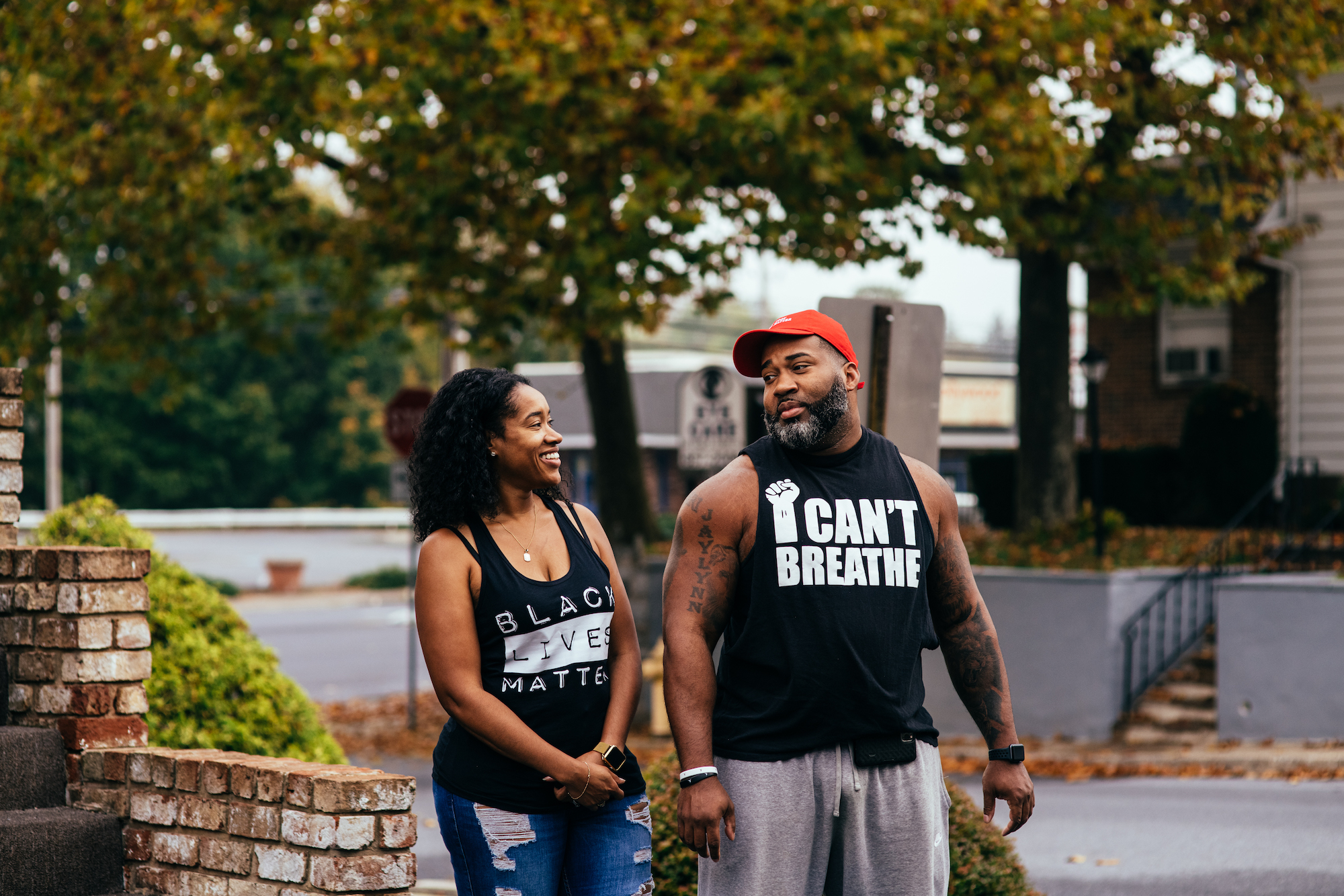 “I saw a meme earlier that I thought depicted it very well. It said, ‘We marched because we were getting killed. Y’all are rioting because you didn’t get your way.’ We are not the same,” he said. “If Black people had tried to breach the Capitol there would have been bloodshed. It would have been a massacre.”

After months of Trump sowing doubts about election security without providing evidence, which Republican officials amplified, some Trump supporters say they are still unsure of the actual result.

“Something is not sitting well with this election. That is the bottom line,” Stroehmann said.

After listening to Trump’s speech at the “Save America Rally” on Wednesday, he said he felt let down by the lack of specificity in the president’s plan.

“Personally I was a little disappointed, and I think others were also,” he said. “It just sounds like more of the campaign rhetoric type speech, nothing earth-shaking.”

Stroehmann said he had expected Trump would reveal something that would give his supporters “some hope” that he would remain in power.

Many Trump supporters describe feeling attacked and disempowered, in spite of having their candidate in the Oval Office for the last four years. “We’ve lost our freedoms. We’ve lost our voice,” Henze said.

Christopher Norwood, 35, voted for Biden. He said the insurrection was “shocking” but that he wasn’t surprised. Norwood and others expressed concerns about what the inauguration could bring.

“I wouldn’t be surprised if we saw more of these things even into Biden’s term, considering Trump continuing to have the type of direct access to his base,” he said. 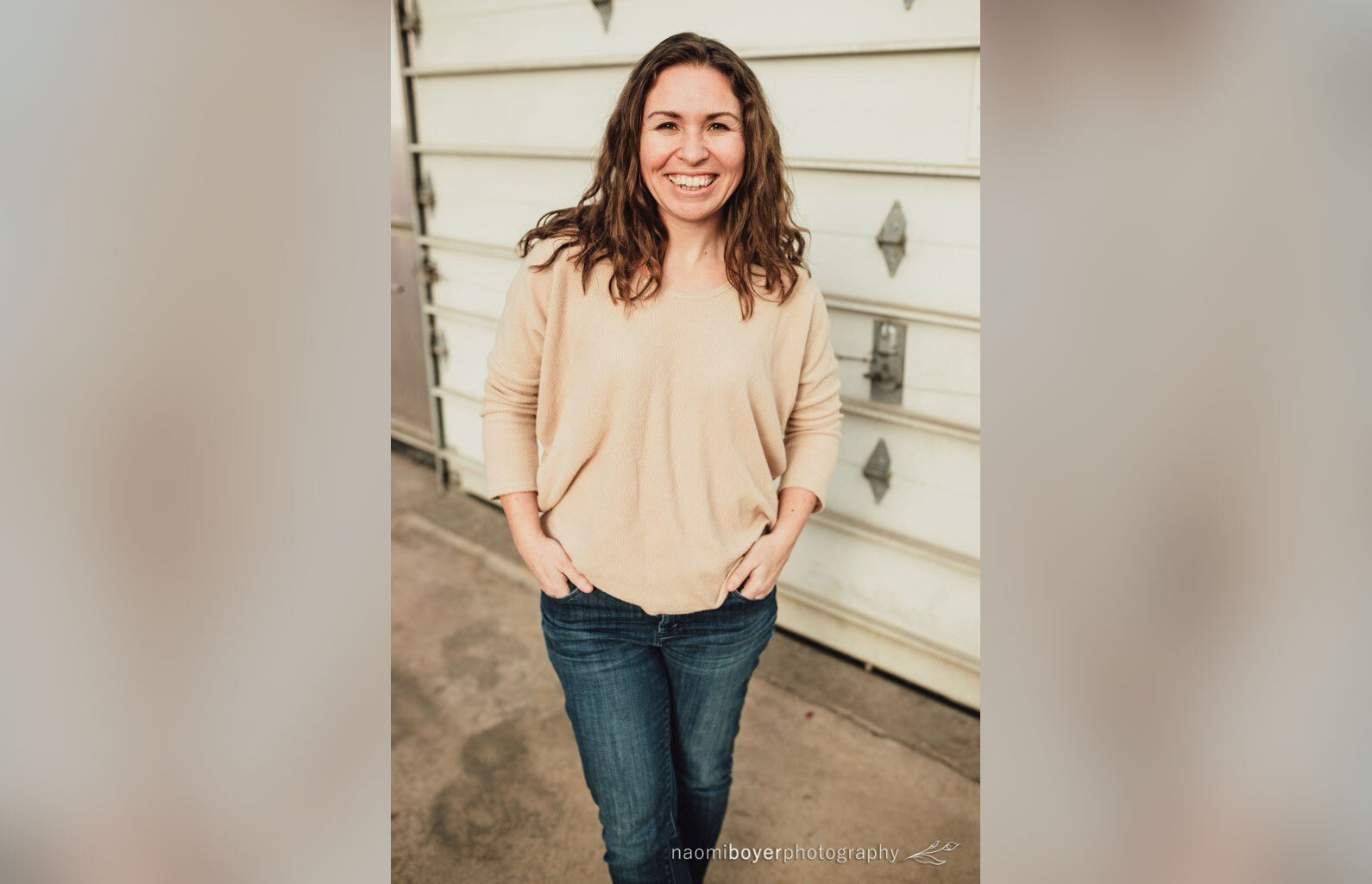 “Knowing that people I’m close to support that movement, I don’t know what to do with it honestly,” said Becky Woodhouse, a 44-year-old online marketing consultant from Lebanon. She is a Republican who voted for Biden. “I’ve cleaned out my Facebook page … I’ve hidden everybody who just vomits a ridiculous thought process.”

Social media, where conspiracy theories have flourished, received heaps of blame for the events of the day. But once more, the criticism had different targets depending on political affiliation.

“We want big tech to be held accountable. They have silenced our voices. We have been censored. And now because of yesterday, we have been canceled,” said Henze, referring to a decision by Twitter and Facebook to deplatform Trump after his continued allegations of voter fraud. Twitter has since restored his account.

On how to move forward, Pretlow, the Franklin County Democrat, advocated for unplugging. “Talk to your neighbor. Take the hate out of your heart. Believe what you see, not what you hear,” he said.