Kamau, an activist that worked as a medic on 52nd Street during last summer’s unrest, recalled flushing the eyes of protestors, residents and reporters as police deployed heavy tear gas that eventually filtered into surrounding residential blocks in the majority Black neighborhood. 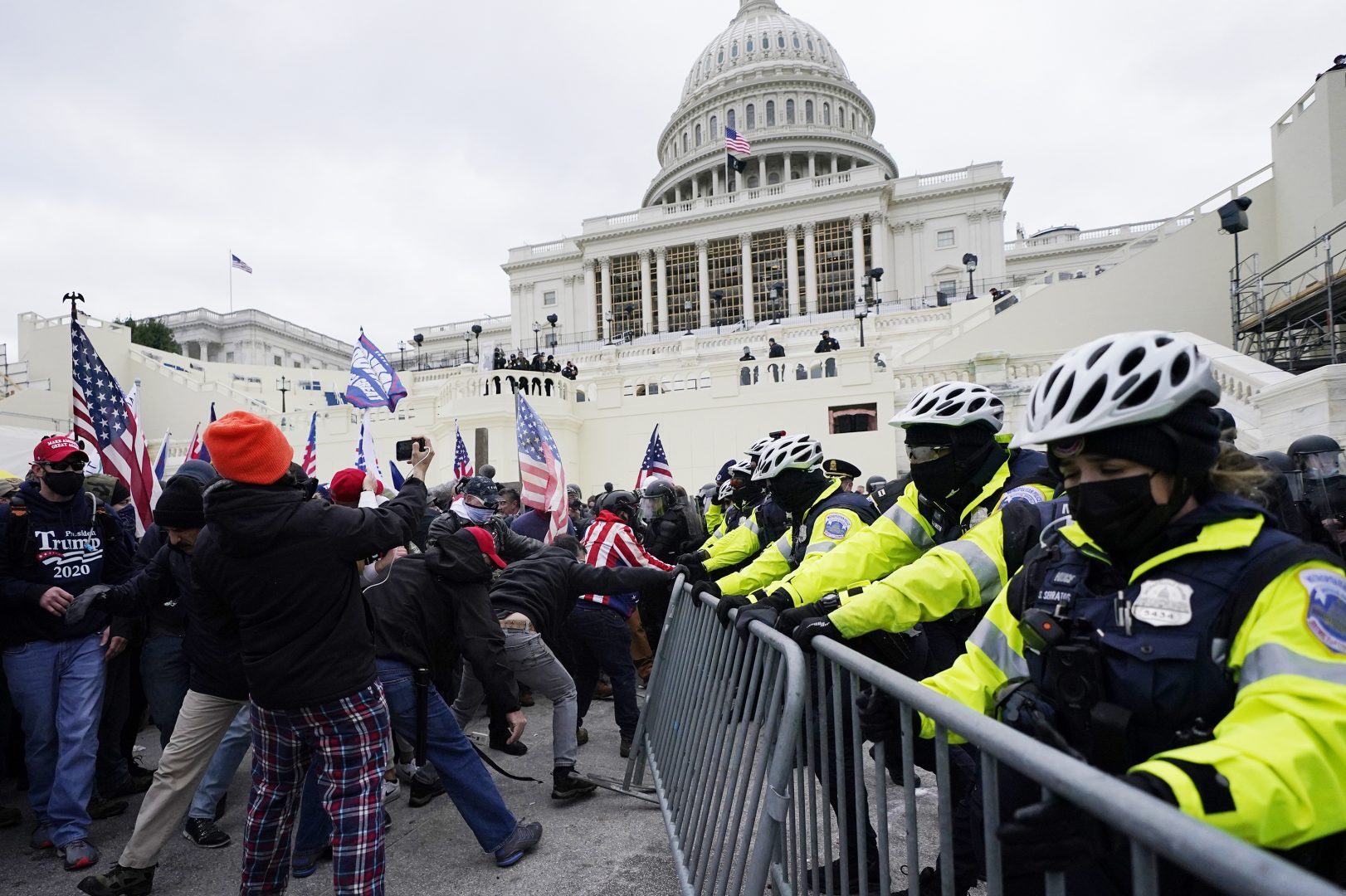 (Philadelphia) — The United States Capitol Building was stormed by a mob of right-wing insurrectionists on Wednesday, encouraged by President Donald Trump’s repeated and baseless claims of mass voter fraud.

Although the day ended with several fatalities, many national and international observers were still shocked by the light response from D.C. law enforcement to rioters that eventually breached congressional chambers. Many noted the limited use of force by responding police despite an unprecedented security breach, others expressed outrage over other scenes like one officer that was taped apparently taking a selfie with an intruder.

But many that witnessed or participated in protests in Philly over police brutality last summer watched the scenes merely with chagrin.

Police met the protesters with teargas, pepper spray, rubber bullets and batons in displays of aggression at  Black Lives Matter protests on Interstate 676 and 52nd Street last summer, actions that have since been condemned by Philadelphia Mayor Kim Kenney, Police Chief Danielle Outlaw and others. Liliana Zaragoza, an attorney from the NAACP Legal Defense and Educational Fund who represents a string of protestors and West Philadelphia residents in a lawsuit, said the contrast between the 52nd St. incident and events on Wednesday –– perpetrated by a largely white crowd of Trump supporters –– was stark.

“I was not surprised. But it’s always disheartening to really see that evidently police officers can refrain from using force, it’s just usually that use of force is reserved for Black, indigenous and brown people fighting for their lives,” Zaragoza said.

Many have already noted that majority Black protests in D.C. were met with much greater shows of force. Kamau, an activist that worked as a medic on 52nd Street during last summer’s unrest, recalled flushing the eyes of protestors, residents and reporters as police deployed heavy tear gas that eventually filtered into surrounding residential blocks in the majority Black neighborhood.

“The gas was so thick on 52nd Street people were getting it on their porches, in their houses,” he said. “It’s obviously a racial issue. If that was tons of white men with Trump flags, that never would have happened. Those people were basically allowed to walk into a government building.”

Kamau asked that his full name be withheld, explaining that the recent arrest of protestor Anthony Smith over the alleged arson of a Philadelphia police cruiser has other Black activists concerned about surveillance or potential prosecution by federal authorities. He didn’t believe that pro-Trump extremists that broke into Capitol offices or skirmished with police would face similar repercussions for their actions on Wednesday.

“They won’t be prosecuted. We’ll never hear from them again,” he said. “But Black activists are targeted by the FBI.”

Zaragoza said there already appeared to be differences in broader attempts to arrest or prosecute participants in the storming of the Capitol.

“There were something like 15 arrests in DC. In Philly, there were hundreds of arrests last summer, often for very specious things,” the lawyer said. “Many of us know about the two Americas that exist. But it was really in full view this week.”

Matt Williams is a public sector employee who was gassed by police while trying to escape a protest over the death of George Floyd that shut down I-676 last summer. He was also later assaulted by one group of white vigilantes that appeared in Fishtown to “defend” a police district house.

He noted that mostly white vigilante groups who beat him in Philadelphiaappeared to receive friendly treatment from police –– similar to the treatment given to the mob at the Capitol. Williams, who is white, attributed both that recent incident and his particular experiences to the broader political dynamics within the ranks of law enforcement.

“The police align themselves with the right-wing,” he said.

Zaragosa said race and racism were woven into those politics.

“Even white allies at these protests were seen as marching for Black lives by law enforcement,” she said. “That still makes it an issue of race. People who were white or non-Black were seen as showing up for these particular issues of race.”

Erika Almirón, a longtime immigrant rights organizer in Philadelphia said that she had been on the receiving end of rough treatment from police many times. But she too said the scenes in D.C. were “not shocking” for civil rights advocates.

“I saw a video of a woman being walked down slowly by police in front of the steps of the Capitol. I’ve never been treated like that,” she said. “They view communities of color as dangerous to them, but they didn’t view the people yesterday as a threat. Even though that was eventually proven wrong.”

Almirón said the answer was not to mete out more aggression to both sides but rather to reduce it across the board.

“I don’t think people are advocating that police come down harder on certain protestors. It’s ‘why is there a difference?’” she said. “Why do you come down hard on some but not others?”